As many of you know, the Mishawaka has been hard at work collaborating with Odell Brewing Co to develop the unique Mishawaka Ale, which will be the staple of our beer selection throughout the summer. To celebrate the completion of this light, Kolsch style ale as well as the 100 year anniversary of the Mishawaka, we threw a special event complete with drinks, food, and a night of foot-stomping bluegrass on the river we’ve called home these past 100 years.

The Honey Gitters, a local Fort Collins Americana style band, warmed up the gloomy night with fast-fingered banjo strumming and soulful vocals, which quickly ran in listener’s ears and out their feet. Per usual, Head for the Hills started our summer season with an incredible private set, featuring rarely played tunes and an energy that had the entire crowd moving from head to toe. Head for the Hills has come to be a staple of the music and vibes we try to bring to the table every year, and these guys make it look easy.

The following night, our Summer kick-off  concert began with  rainy skies and rapid waters deep in the Poudre Canyon. Despite the seemingly adverse conditions, the energy  and even nostalgia of the night could be felt as Head For The Hills returned to play their 12th performance at the venue. 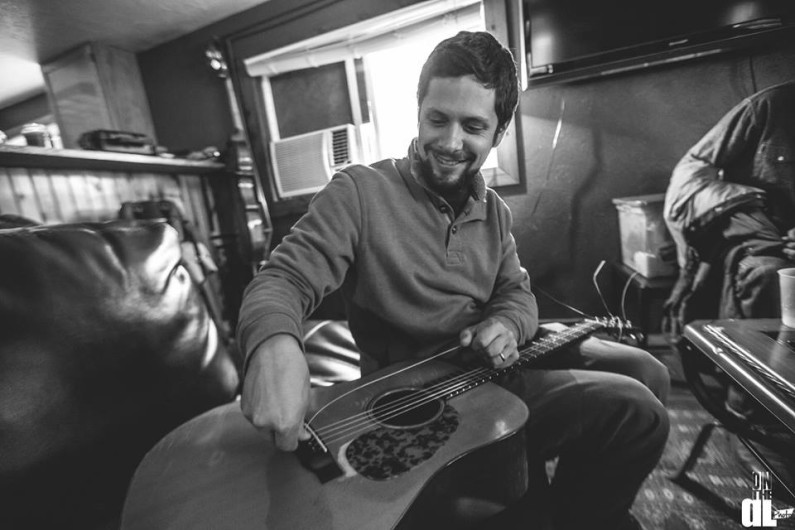 H4TH arrived first to soundcheck, already warmed up from performing the night before at the Mish’s VIP party. Band members Adam Kinghorn (Guitar), Joe Lessard (Violin), Matt Loewen (Bass) and newest band member Sam Parks (Mandolin) continued rehearsal in the greenroom, filling the cozy cabin with sounds of bluegrass (to the pleasure of the employees working in the nearby office).

As doors opened, the venue began to fill with both new and old friends alike. After a brief burst of rain that left the venue running to the indoor dance hall, the skies cleared and the Amphitheatre began to fill back up as Mish busses arrived. The night began with Blue Grama, a Colorado bluegrass band,  followed by Pickin’ on Phish feat. Andy Thorn of Leftover Salmon. 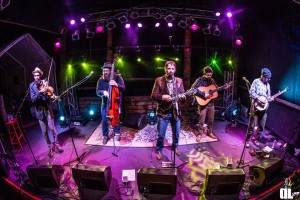 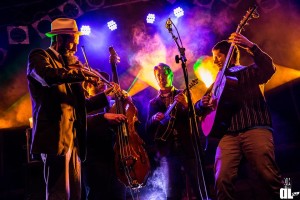 Our headliners, H4TH had the pleasure of performing to a sold out venue. Although it might have been chilly, the venue was full of warmth as people enjoyed the new Mishawaka Ale and danced by the river lights.

We couldn’t have had a better concert kickoff , and we are excited to see what the rest of Summer will bring.  We are thankful to the all the individuals who helped the Mish turn 100 and those artists like Head For The Hills that continue to bring amazing sounds and experiences to this venue deep in the Poudre Canyon. 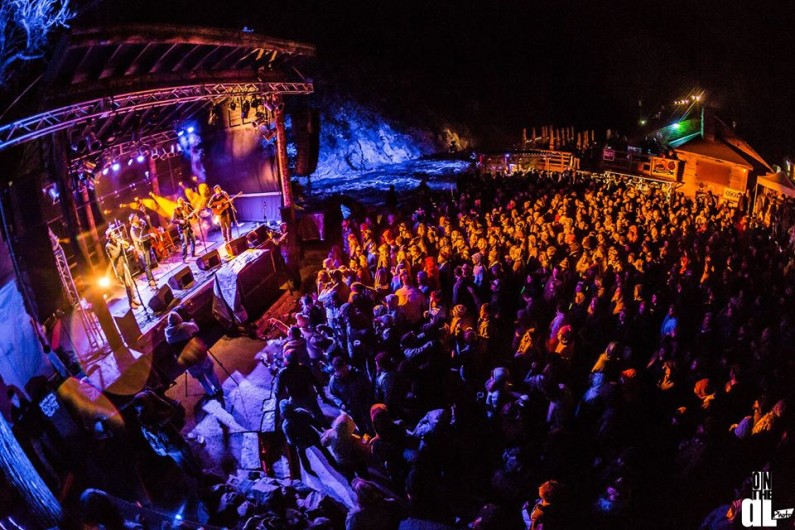