The show packed weekend ended with a laid back afternoon in the sun.  Although a different genre from the usual, the Mish still felt like home and was warmly welcomed by dozens of families and friendly faces.  The venue was packed with amazing energy…and also 60 choir kids.  The vibrant bodies filled backstage to the brim, excited for the unique opportunity to have backstage passes and green room hospitality.  Not only were the kids grateful for the experience, but it was a treat to work with so many passionate and talented individuals. 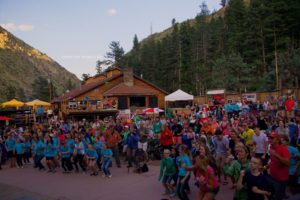 Sound checks quickly rolled by as all five vocal groups made their way on and off the stage. The night began early as venue doors opened at 4 p.m.

Taking to the stage next was Ridgeview Vocal Edge, the first of two children’s choirs of the night. Shortly after, Erin Voorhies Batlle, vocal coach and performer in local Shrek musical, made her way to stage.  With a voice fit for a Disney Princess, the crowd was in for a treat.

Dani Grant continued to introduce children’s choir, Sala Voce.  Their name meaning “chamber voices”, Sala Voce is the Centennial Children’s Chorus most advanced choir, consisting of singers in grades 7 and 8.  Dani remarked on the importance of the night for CCC and their mission to provide quality music education for children . The program strives to foster the personal and social growth of its members and to promote their sense of self-esteem, discipline, accomplishments, and pride. 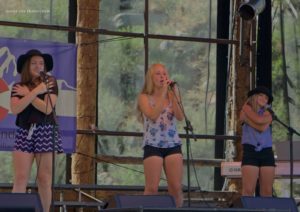 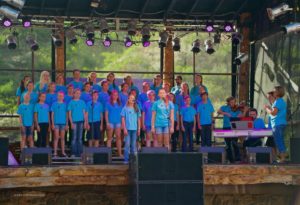 Backstage quickly cleared out as the openers made their way to the venue to watch the following performances with their friends and family.  The venue was filled with camping chairs, blankets, and flowers from proud parents.

Before the headliner’s anticipated appeare 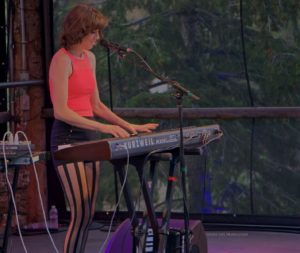 nce, the audience was in for yet another treat. Local Fort Collins, pianist, vocalist and songwriter Hannah Holbrook made her way to the stage. Performing a mix of jazz, classical, and pop, Hannah utilized an array of instruments including a looper pedal to produce an amazing and ever-changing performance.

Beyond her talent as a solo-artist, Hannah makes up a quarter of indie-folk band SHEL.  Made up of Hannah, Eva, Sarah and Liza Holbrook, the sister band each found an instrument to master early on, including violin, mandolin, piano and drums. After gaining experience working with their songwriter father, they soon began working alongside festival promoters and media figures.

Before the Sun had set, Boulder based all vocal rock group, FACE, made their way to the stage for an incredibly vibrant, upbeat and even comedic performance that kept the whole audience engaged and entertained. Made up of Ryan Driver (Tenor), Stephen Ross (Countertenor), Forest Kelly (Bass), Cody Qualls (Tenor), and Mark Megibow (Vocal Percussion), FACE blends modern popular tunes with complex harmonies, brilliant beat-box rhythms and superb singing for an amazing and memorable night. 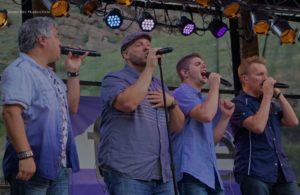 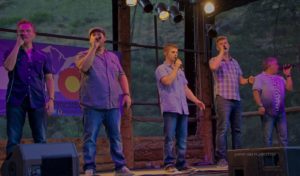