To those who haven’t heard classics like “Time” live since the early 80’s, the night was an amazing opportunity to be thrown back to another era. With the lineup consisting of all local Colorado bands, the venue was sure to be filled with friendly faces and local artists.  The only worry being if there was enough beer for all our friends in the greenroom. 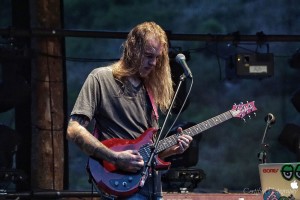 Despite the record breaking heat, a sudden burst of rain and hail warnings flooded through the venue. Much to our relief, the Colorado weather only lasted for a brief spurt, and was back to sunshine in no time.  The day couldn’t have been more gorgeous as people started filling into the venue.

As the sun started to set, Boulder rock band continued the night with a mix of funk, disco and prog rock. Members  Bryan Lefever (drums), Greg Kallfa (keys and vocals), Cameron Canepa (guitar and vocals), Karl Summers (bass and vocals) and Evan Morris (Keys, Synth) brought a variety of styles to the sound that is Technicolor Tone Factory. Having headlined venues such as CU Event Center, The Bluebird, The Boulder Theater, The Fox Theater, and playing festivals such as Wakarusa and Arise they now can add Mishawaka to their list. 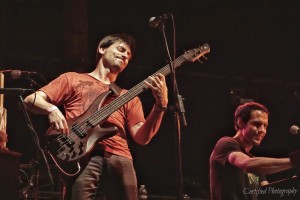 After an amazing set, Technicolor Tone Factory introduced much anticipated Dead Floyd to the stage.  A celebration of the music of two of rock and roll’s great bands, The Grateful Dead and Pink Floyd, Dead Floyd uniquely interprets an extensive catalog of songs in a way that allows the music to live for past and future generations of fans.

Drawing on their roots in jazz, funk, and rock, the members of Dead Floyd executed each song with amazing skill and technique, keeping the audience captivated with an unpredictable set list. The combination of the vivid light show and reminiscent beats created a nostalgic atmosphere of a revolutionary time in history, music and culture. 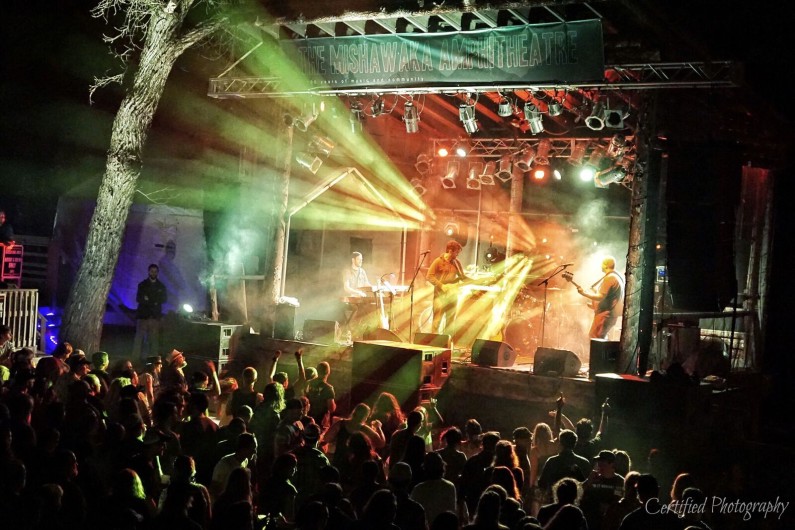 Despite a massive second set, the audience couldn’t get enough.  Ending around 1:45 a.m., Dead Floyd and other artists said goodbye to their fans and headed to the Mishawaka campgrounds to finish the night with the sounds of the Poudre.  It was an amazing night for those who had and had not had the opportunity to hear The Grateful Dead and Pink Floyd in their prime. One of the best parts of the night was seeing those who brought their kids to witness and hopefully share our love for the greats.