Kicking off the second week of music at The Mishawaka we had Dave Watts & Friends with two drums sets, two drummers, two days, and great people. On April 9th and 10th there were incredible groove filled tunes bouncing around the amphitheatre and down the Poudre. 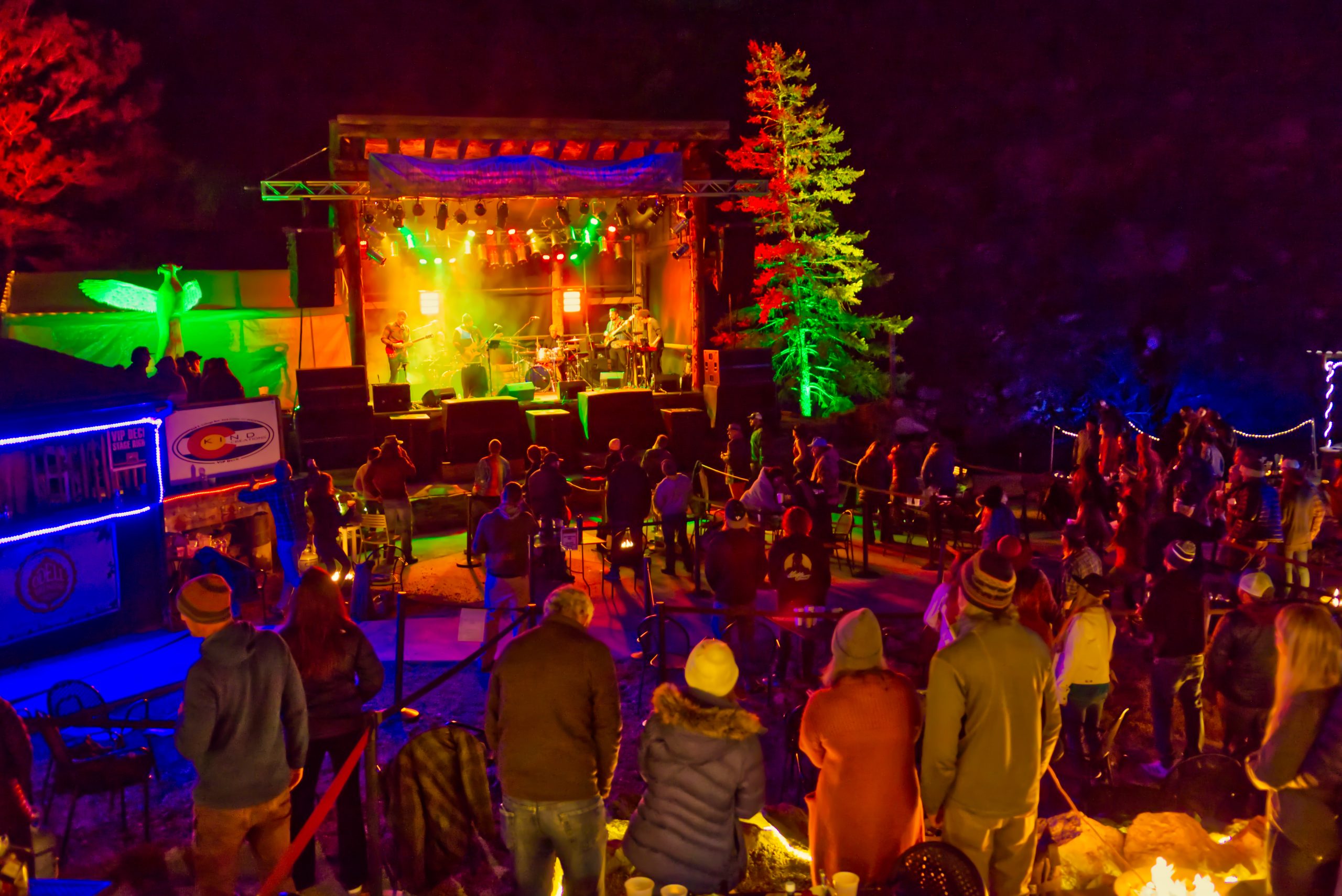 Dave Watts & Friends started off their nights with great tunes that made everyone get up and move. The energy was high amongst all the people with killer guitar lines and super clean drumming from the double drum kits. 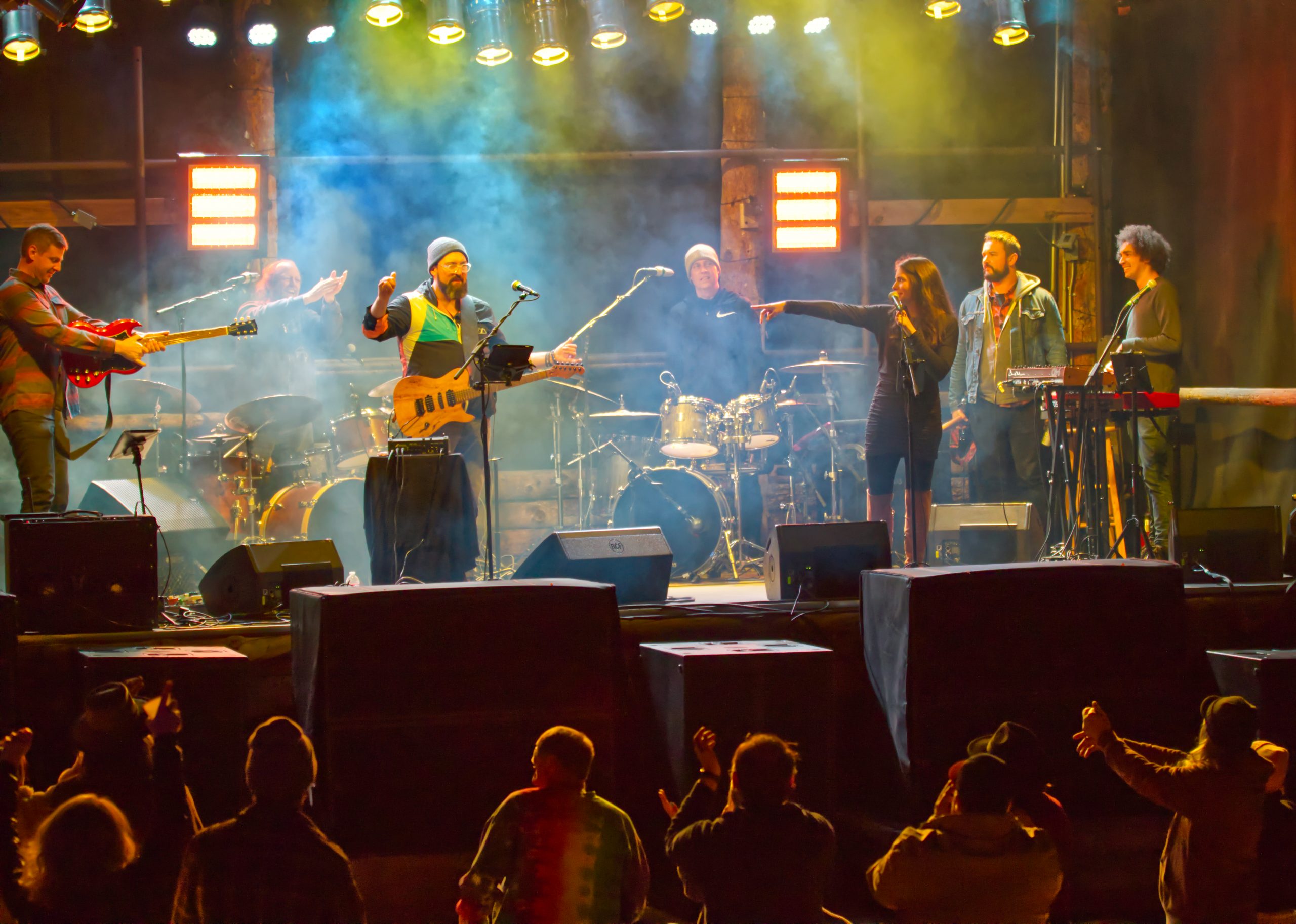 On the second night, Dave Watts & Friends had over seven members playing on stage, all bringing something to the table.

The music ranged from their own songs to covers from Led Zeppelin and The Beatles. Dave Watts is the drummer from The Motet, while the other drummer, Jason Hann, is of The String Cheese Incident. They both played together during the show. 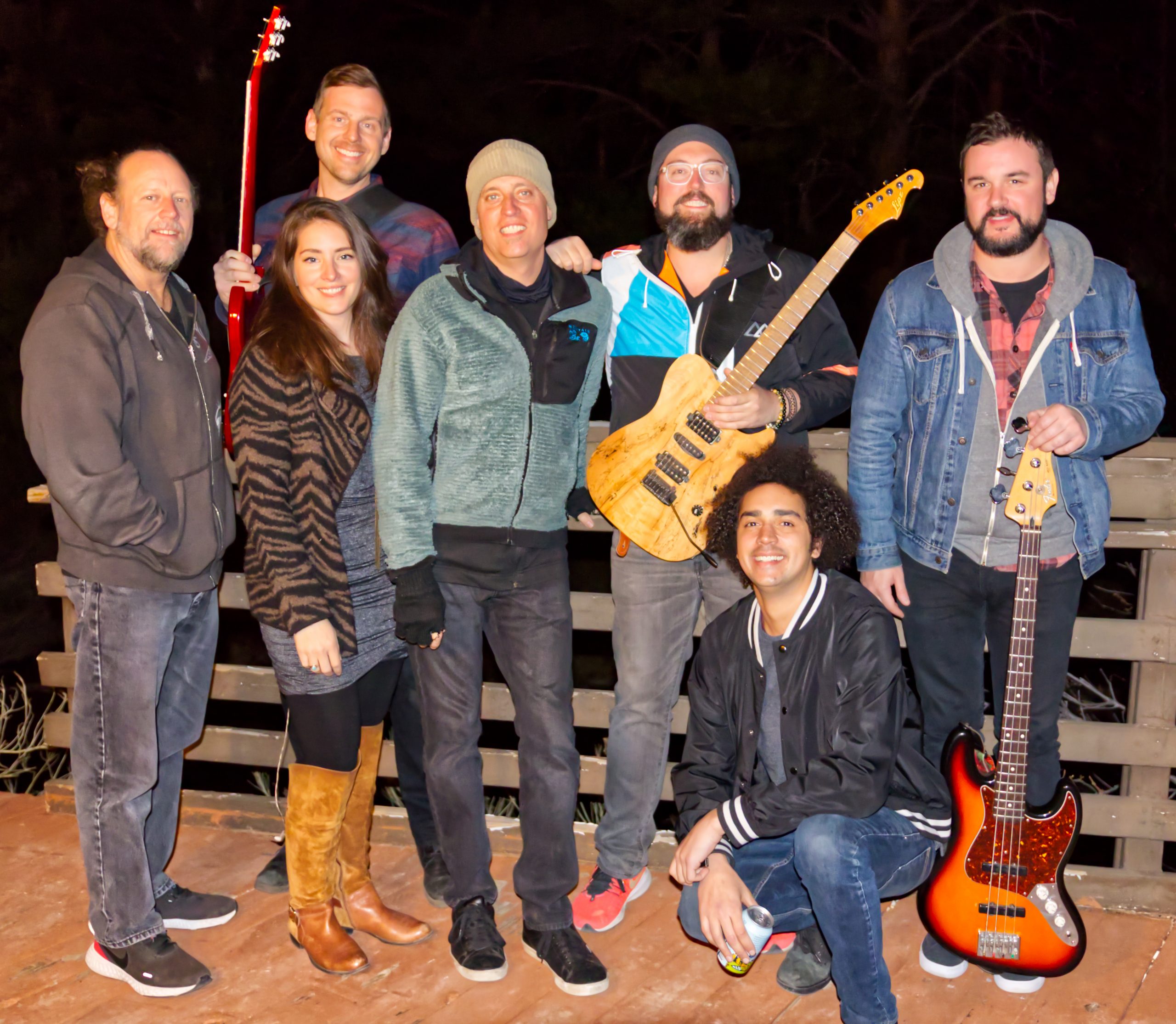 On the second night, the guitarists, Dan Schwindt from Kyle Hollingsworth Band and Marcus Rezak, had some cool tricks up their sleeves where they played each other’s guitars. (Dan will be back playing at the Mishawaka on April 30th and May 1st.) 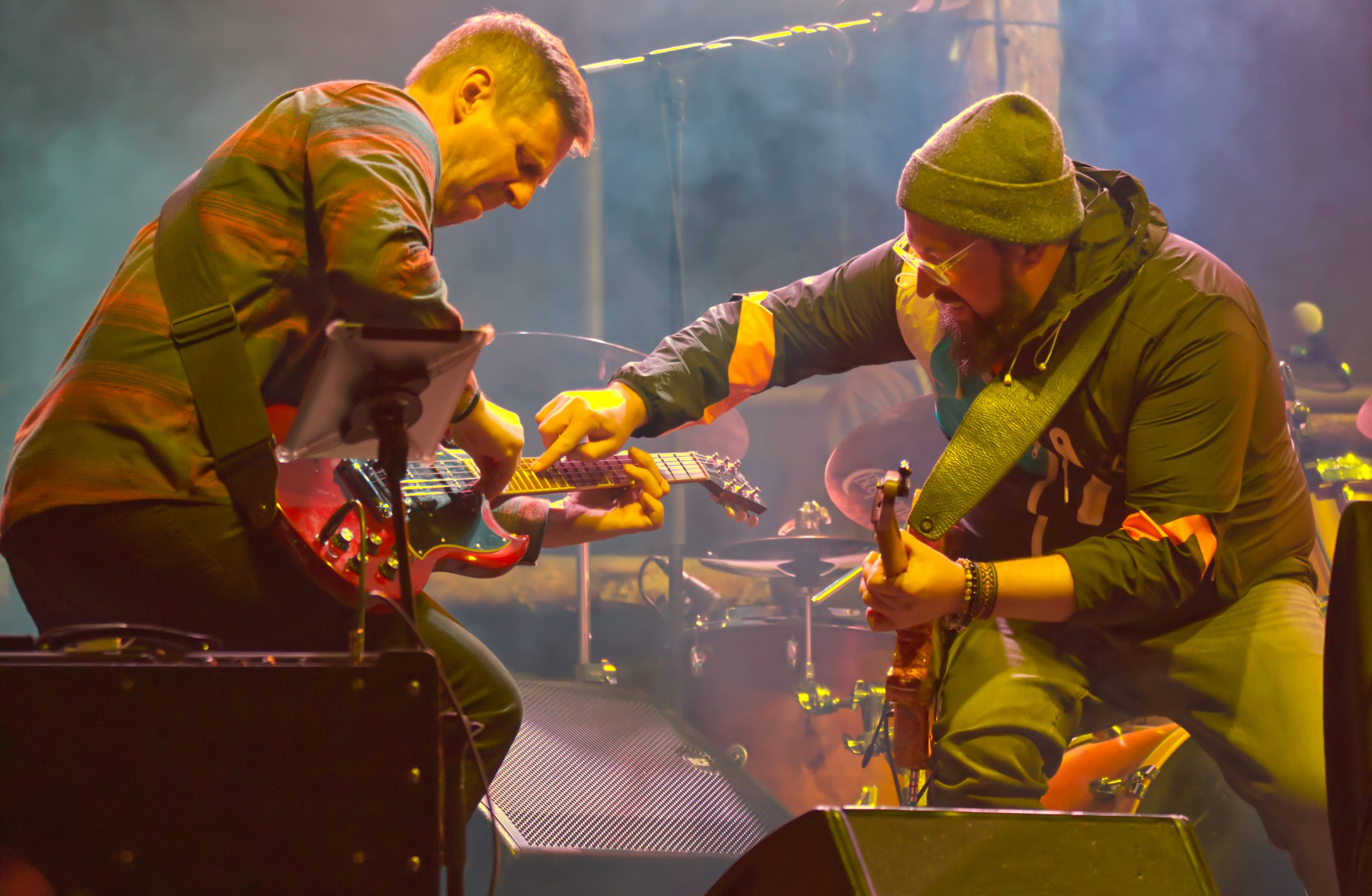 The biggest highlight of the night would definitely be a drum battle between the two great drummers, Dave and Jason. It was less of a battle and more of two great players perfectly in sync. The crowd was ecstatic and the energy was out of this world. You can watch some of it below.

The musicians played drums, guitar, keyboard, and bass, and had an amazing lead vocalist. On the second night, talented singer, Paige Sandusky, filled the canyon with her amazing voice. 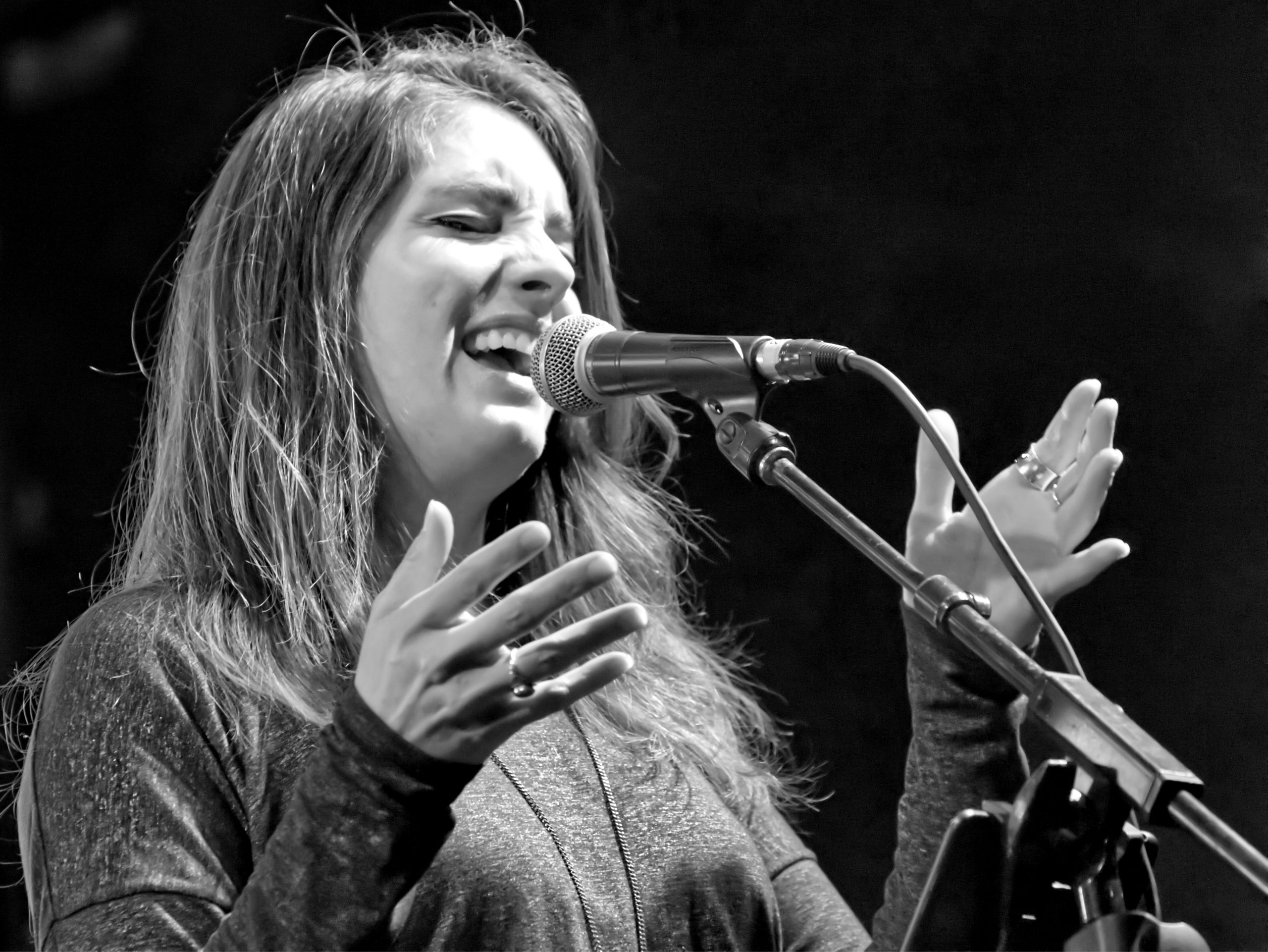 Marcus Rezak didn’t fail to impress the crowds both nights. Continually throughout both sets he would break loose and take lead on guitar, leaving patrons on their toes with different and unique solos every time. A guitarist that is able to improvise well on stage can always impress and crowd, and that is what Marcus did. 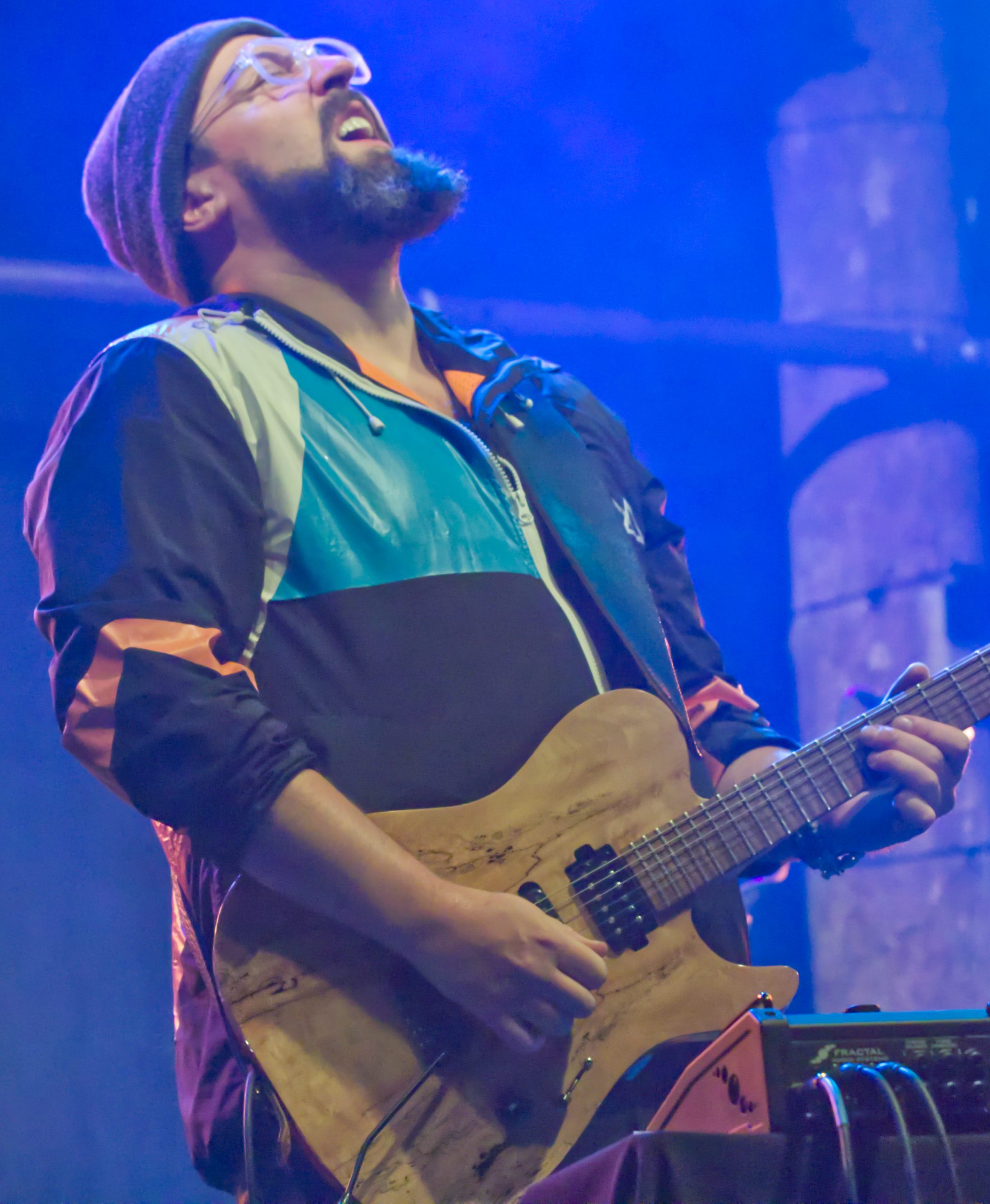