This past Friday, May 29, 2015, Euforquestra and Juno What combined to throw the funkiest dance party the Mish has seen yet this summer. Despite the intimidating clouds and rain that covered Fort Collins that afternoon, The Mish was protected by a mystical force-field of funk. Opening up the evening was DJ Mikey Thunder, and boy does he know how to bring some energy to the stage!

DJ Mikey Thunder took the stage to a fairly empty audience, but that slowly changed. All it took was his Futuristic Jazz/ Funk-Step mash-ups echoing through the canyon to open the flood-gates into the Mish. Patron poured through the front gates and like clockwork, hit the dance floor and got down to it! DJ Mikey Thunder tastefully incorporated classic electronic music ‘womp’ sounds to a more up-tempo, jazz-like beat with a wide variety of samples from cultural classics like Frank Sinatra and Led Zeppelin.

Next to take the stage was Denver disco funk super stars Juno What!? Comprised mostly of members of Colorado based funk legends The Motet. Piloted by keyboardist Joey Porter, Juno What!? Took its audience from high to low, from fast to slow, and even down ‘Electric Avenue’, covering crowd favorites and originals fuelled by a classic funky stank that is oh so similar to that of The Motet, just with a pinch of pop and a dash of disco. This four piece had the crowd energized and ready for more.

Then Euforquestra funkified the Mish. Bringing a horns section, and the pipes of an angel in Mrs. Kim Dawson, they truly took the dance party to a new level. It kept its same funky feel throughout the set but also incorporated influences of reggae music, and for the encore, blues as the group took on a classic Led Zeppelin cover to finish the night. Fans were pleased as they carried their funky vibes and their mile long grins back up and down the canyon, only to be seen next weekend! 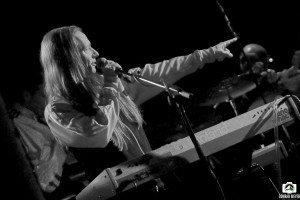 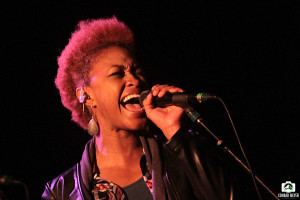 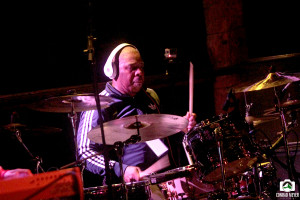