Last week, we had Sunsquabi up at the Mish for a four night run, our longest run of the season! Sunsquabi is a 3-piece with Kevin Donohue (guitar, keys, production), Josh Fairman (bass, synth), and Chris Anderson (drums). They incorporate aspects of many genres including electronic, jam band, and funk, among many others. Their sound has been described as an “electronic hydro funk experience” and they absolutely lived up to the description.

The Sunsquabi shows were the first shows where we had lasers this season. Everyone was excited to have them, it was reminiscent of the shows we used to have. The visuals during all four nights were stunning, lasers and fog machines created cloud-like optics that encircled the venue. 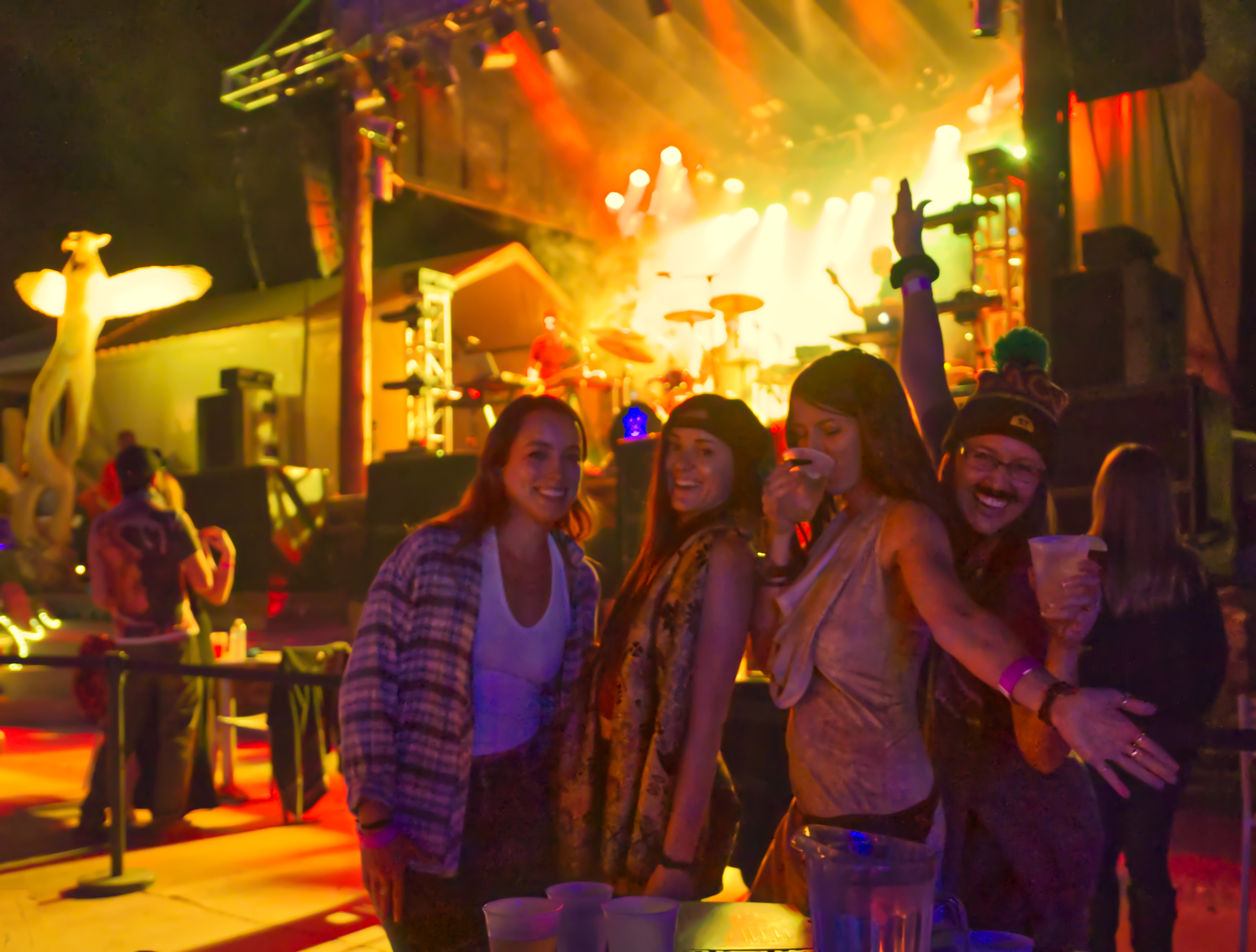 Each of the four nights, Sunsquabi had a different opener join them on stage. The first evening Space Orphan opened up for Sunsquabi with a 6-piece band including a saxophone and trumpet. They shredded on the guitar through the set and kept it funky with the saxophone interjecting to bring a brighter tone to their overall sound.

Recess opened up the third night, then Dynohunter for night four. The usage of lasers during Sunsquabi’s performances were very intentional. Lasers would burst from the stage at a sudden or intense change in pace, making each set a sight to behold. The longer the audience would watch, the more the song would build with intricacy.

The moment Donohue, Fairman and Anderson took the stage, the crowd would be on their feet, every evening without fail. The exuberance and energy each evening was contagious, giving way for everyone to let loose at their table for a shred of normalcy.