Another hot day in the canyon: another awesome show at the Mish. Temperatures in town were kissing 100 all day, but once I got up canyon to the Mish a nice cloud cover developed, shooting the number down to a still hot 87 on my car’s dashboard. Thankfully it was about noon so this being the heat of the day was nothing but good news.

I could feel that the night was going to be a good one. Trevor Hall headlining accompanied by Amber Lily & Tubby Love, who just performed at Arise Music Festival at the beginning of August. It felt more like a welcome home because Trevor has played here a few times before. Their crew decided to combat the heat of the day after loading in with a swim in the river.

We were hauling in a pretty impressive lighting rig for this show- several seven-or-so foot high light towers placed along the rear of the stage. Once everything was up and running the stage had been transformed from our rustic wooden riverside stage to a straight up UFO. 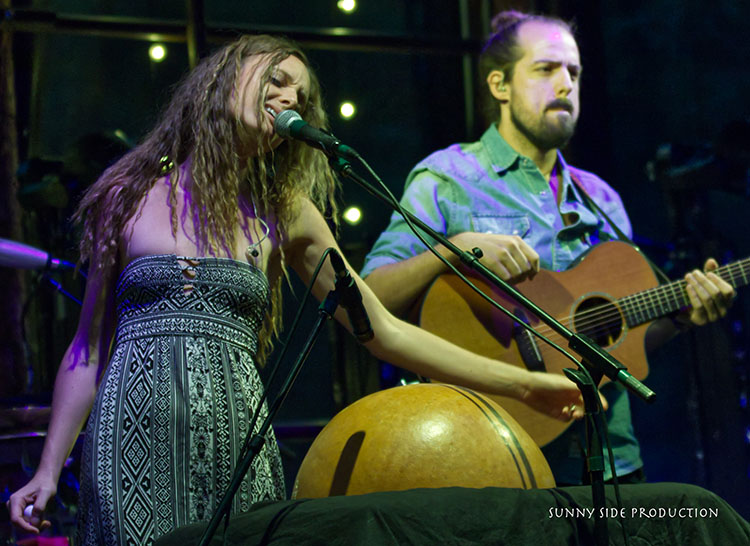 Amber Lily & Tubby Love took the stage first, and introduced several people (myself included) to the strange percussive sounds of the Calabash, an instrument that looked like an upside-down wooden bowl but created a pretty neat percussive sound when she tapped and hit it. The intriguing sound of the Calabash, paired with the impressive guitar playing of Tubby Love was a match made in heaven. Amber Love’s vocals were absolutely gorgeous and added to the amazing blend of between the two. 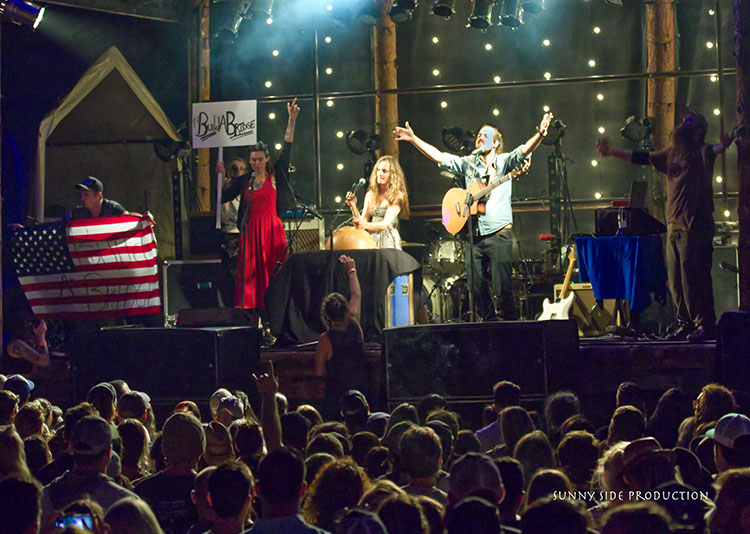 They paired their performance with a powerful message of Build a Bridge, speaking out against the injustices at our southern border nearly every day. Check out the video below.

Trevor Hall took the riverside stage shortly after, giving a truly impressive performance. Straight up, he sounded just like his studio work. His bassist also showed some pretty neat skills, switching between a standard bass guitar and a stand-up bass. 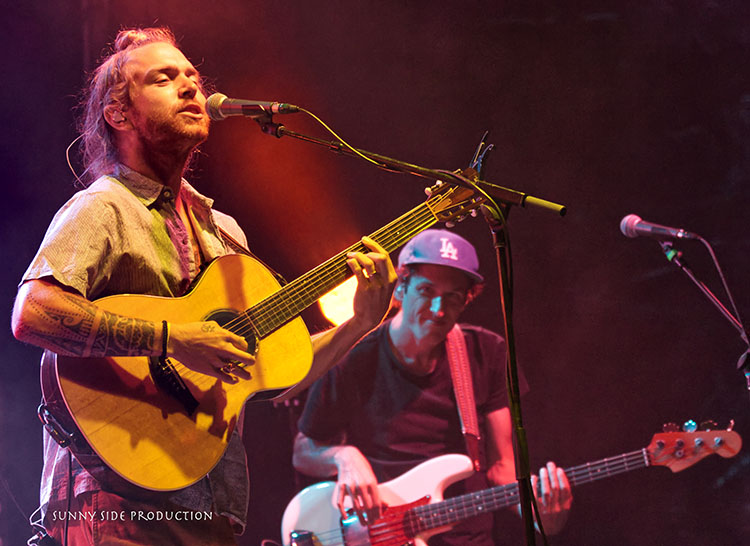 Trevor and his band got the whole crowd grooving to his tunes, and it made for an incredible night up at the Mish. 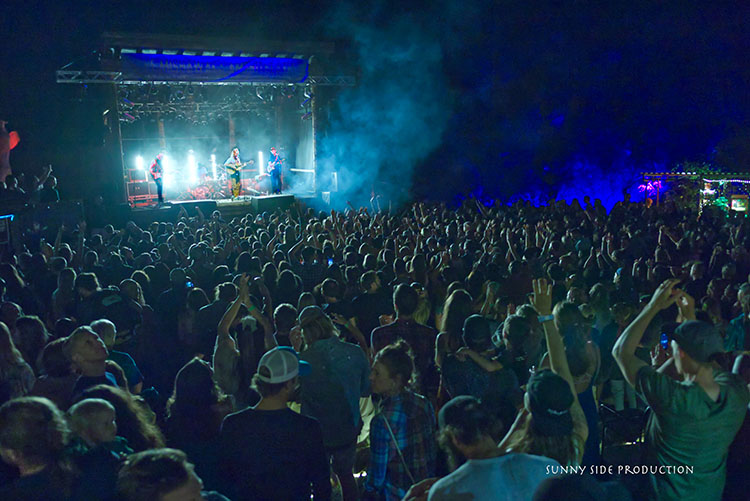 Thank you Sunny Side Production for the photos and video.