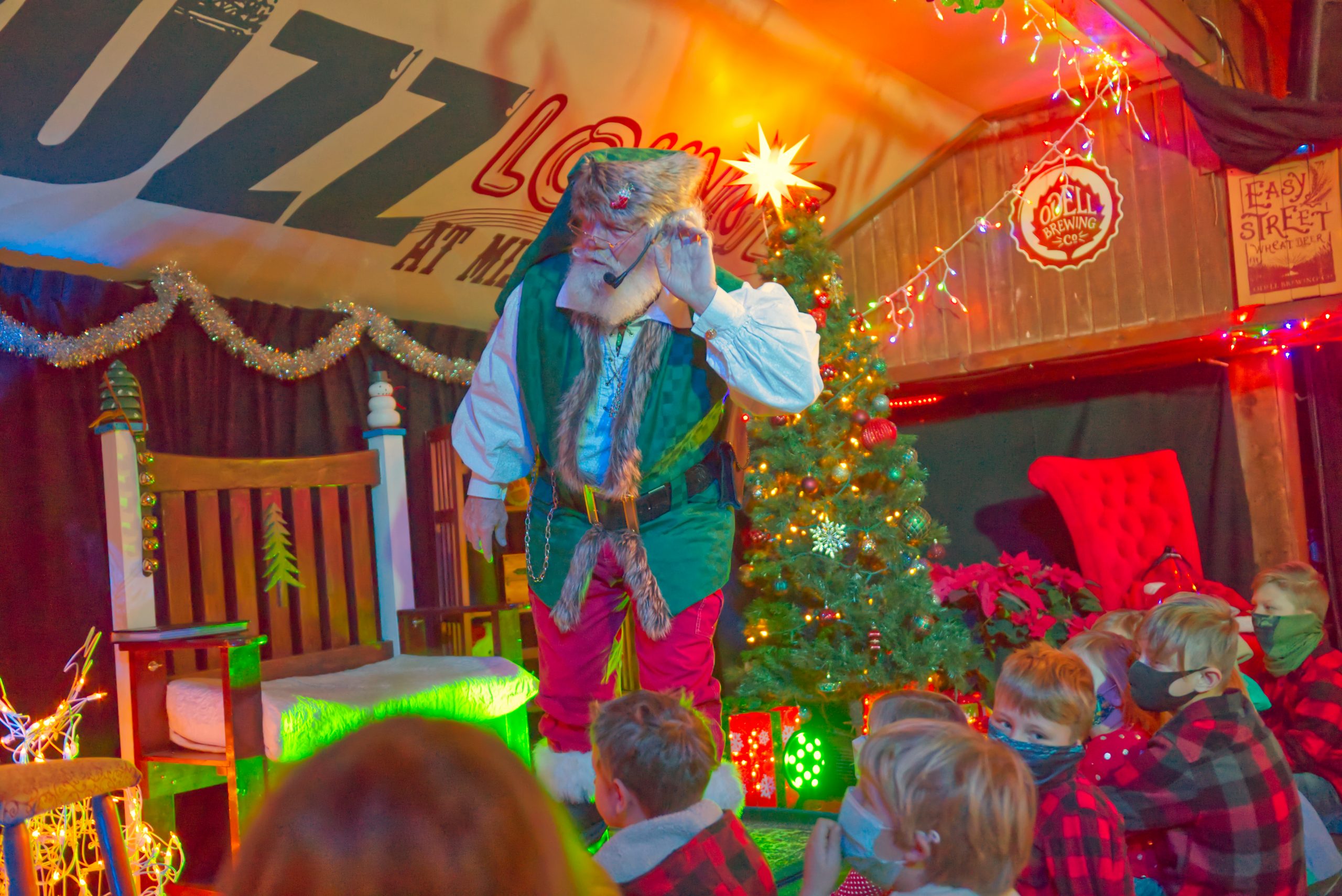 Did you hear? Everyone’s favorite jolly ol’ man made some room in his busy schedule to brighten children and families’ holiday season by making a pitstop for the weekend at the Mishawaka.

Santa gathered all the kids from their tables and they sat on stage for story time. Santa collected Christmas lists written by kids and talked about each of his reindeers. His two trusty elves guided families in sing-a-longs while they munched on their holiday meals. 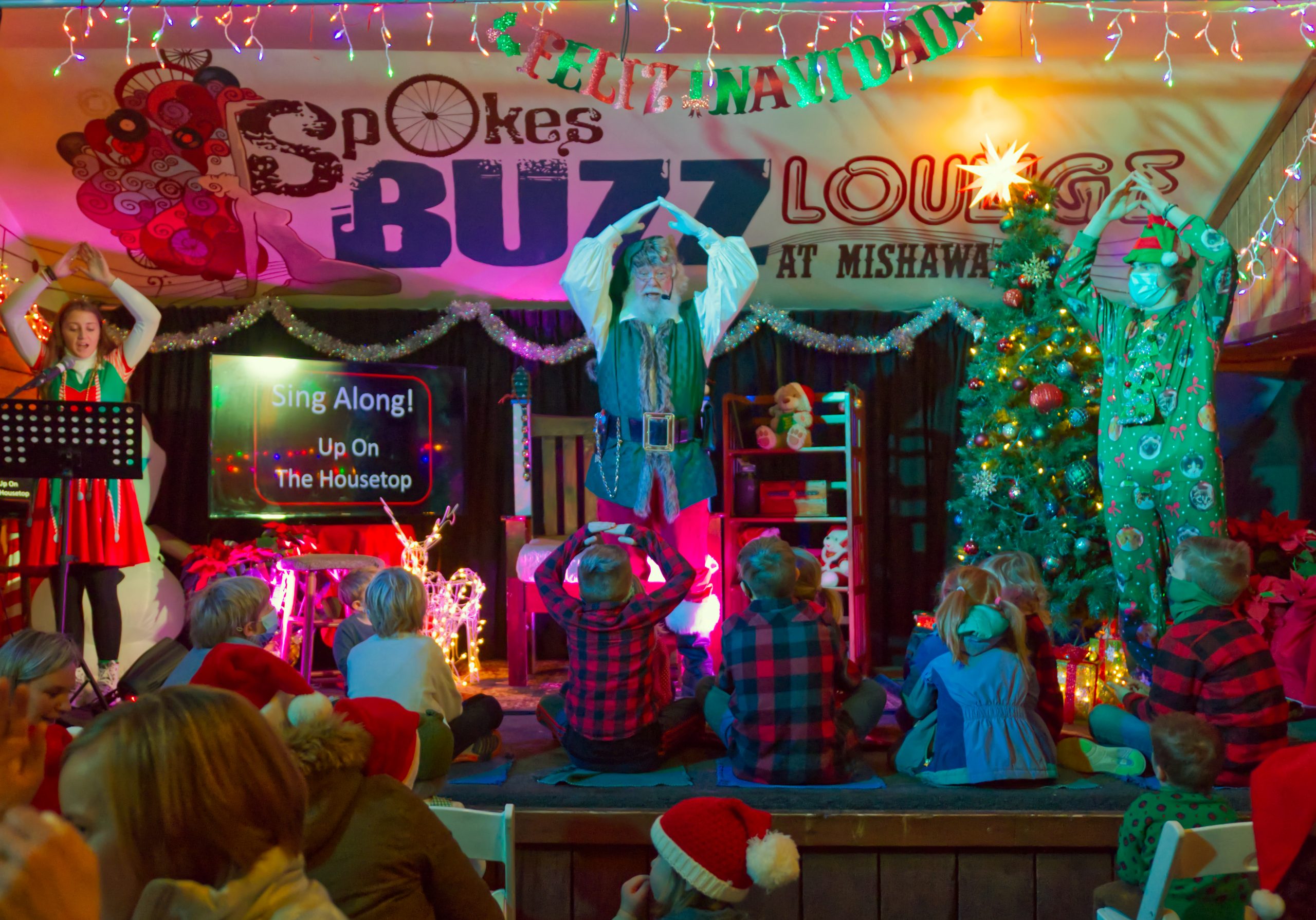 The Mishawaka crew was busy preparing for Santa’s arrival this year. With eight Santa shows spanning two days, and three sing-alongs per performance, to increase the Christmas cheer in the dancehall, each table had lyric sheets to “Up on the Housetop,” “Frosty the Snowman” and “Rudolph the Rednosed Reindeer.” 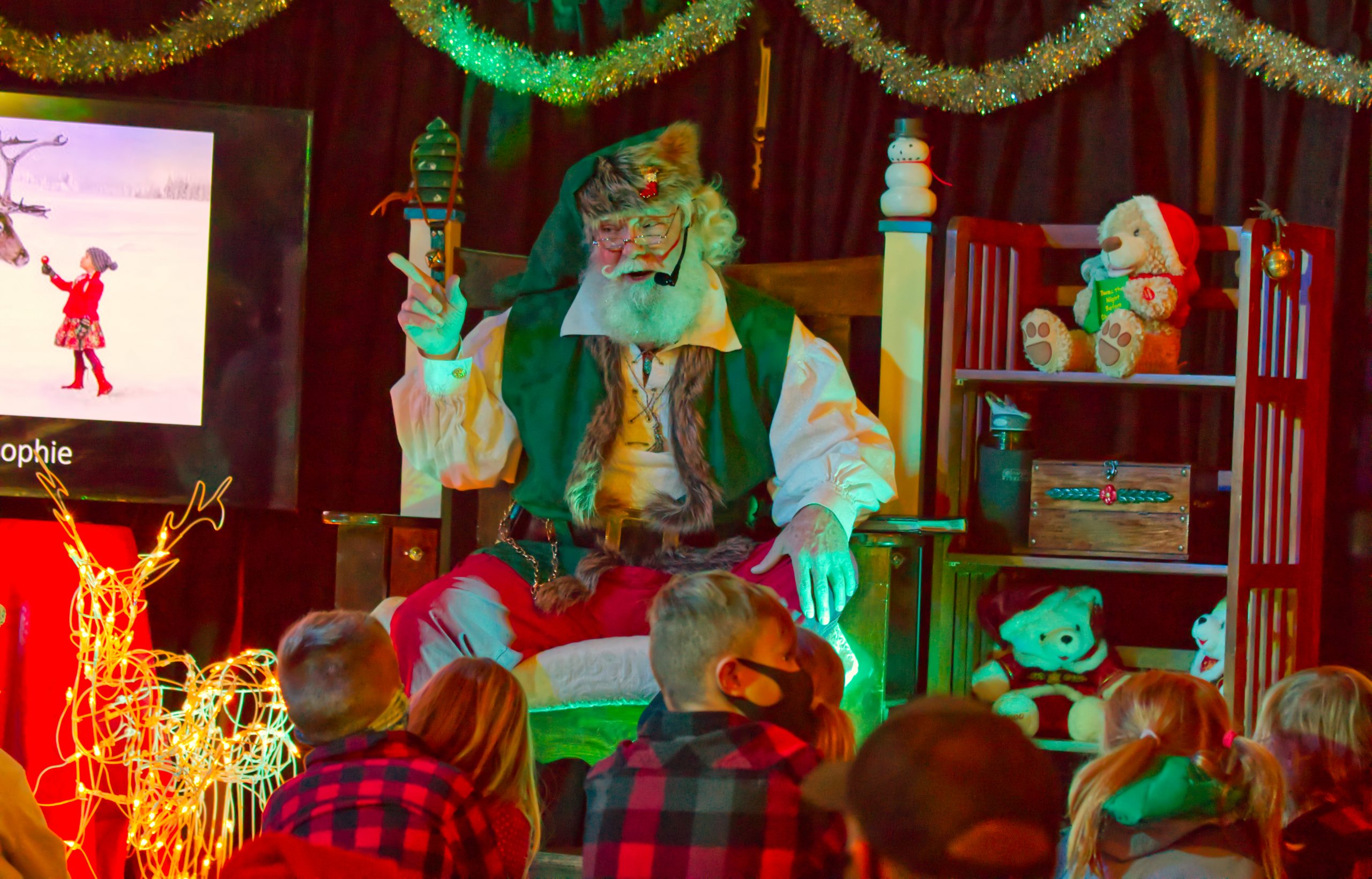 Santa assured all the kids the stories he had to share were ones they had never heard before.

Santa described how he picked his reindeer for his sleigh from the 287 reindeer he has up at the North Pole. From Donner (also pronounced Dunder, his original Elvish name), to Prancer who can never sit still long enough for a photo with all four feet on the ground, to Cupid who will give you the biggest, slobbery reindeer kiss and then laugh in your face! 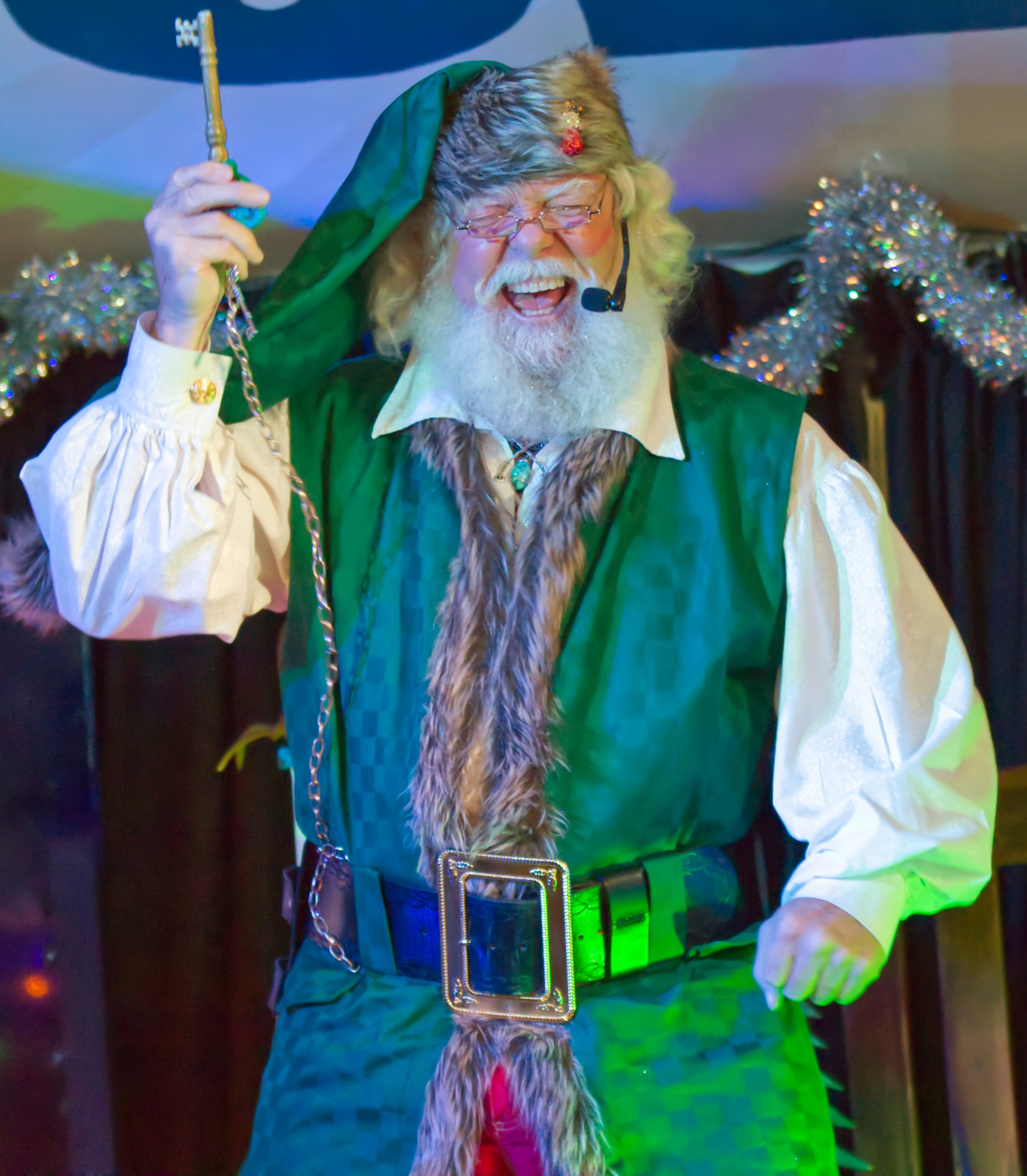 After the reindeer stories, Santa of course had to address the big key strapped to his belt. Santa describes in detail how he once lost his key to the front gate in the snow. Luckily, one of his elves found the key after digging in the show for over a half an hour. Shown above is the excitement on the elves face when he retrieved the lost key and all the elves got to celebrate over cookies and hot chocolate! 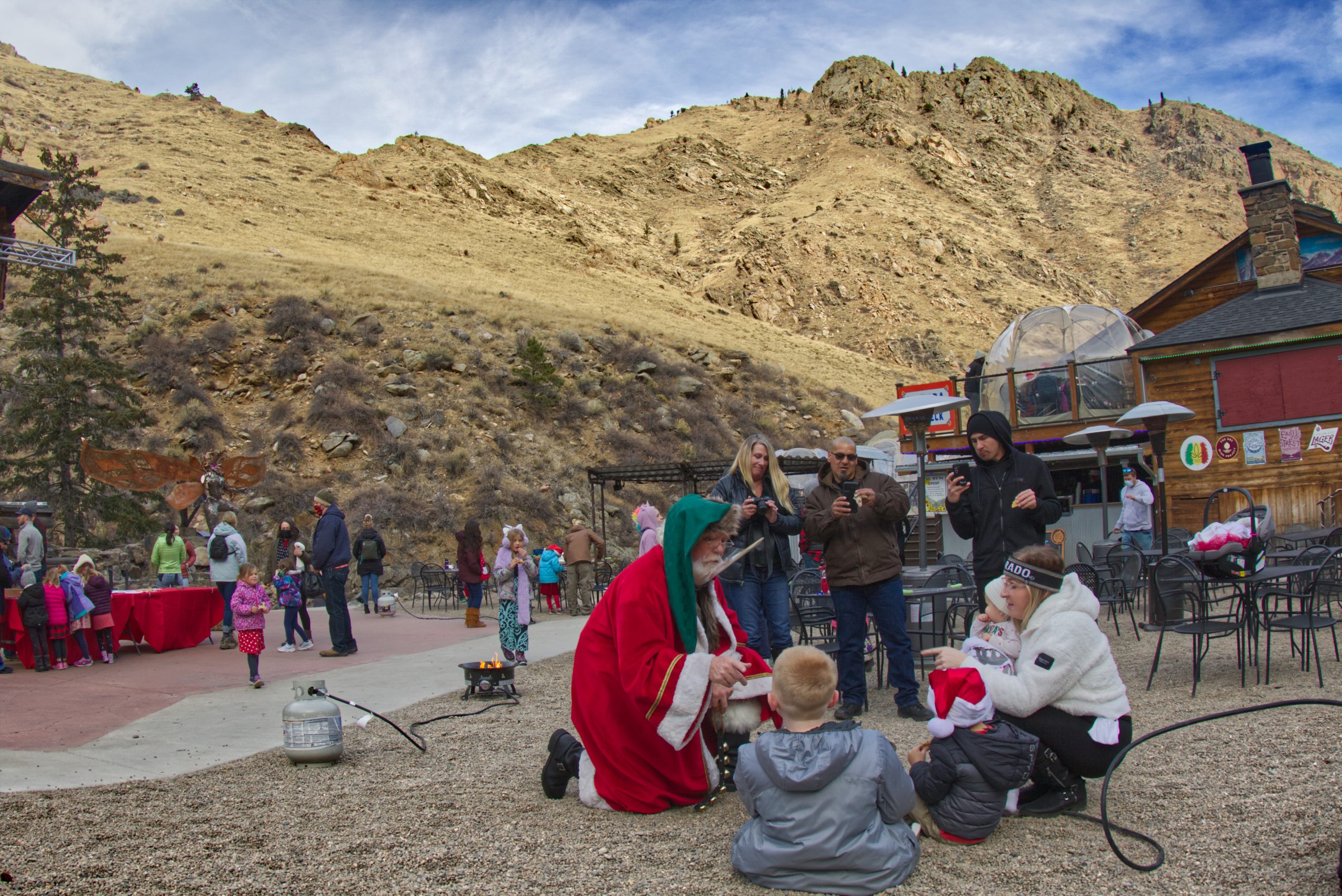 There were crafts, coloring sheets and s’mores kits available out in the yard that families took advantage of. Santa came by after each show and talked to Moms, Dads and kids to make sure he had everything they wanted on their wishlist this Christmas season. Santa made a great impact on the families that stopped by the Mish over December 11 and 12th as well as the Mish staff.

We hope to have St. Nick back to the Mish next year as long as his head elf, Bernard, can handle his time away!

Condemned To Burn, When Darkness Falls, Humanity, 7Seven “Live on the Lanes” at 100 Nickel (Broomfield): Presented by Mishawaka