Last Saturday was a night for the books. Hip Hop on the Hillside proved to be a party, with beers flowing and fantastic hip-hop all night. The day started rainy and glum but cleared just before doors opened. By the time artists were took the stage the sun was shining brightly once again!

Boss Eagle started the night, incredibly squeezing three costume changes into his 20-minute set. He went from his street clothes to a green suit reminiscent of the Temptations, then ending with a Soviet boxing garb to compliment his song, “Ivan Drago.” 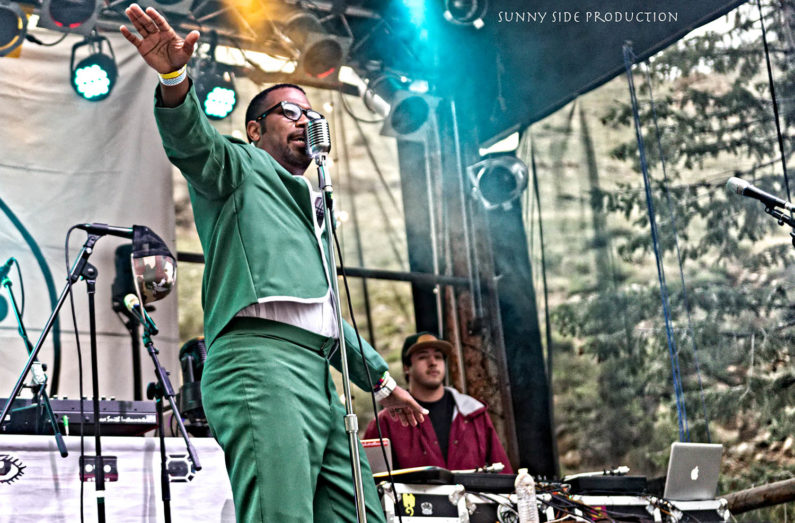 Boss Eagle had style on stage!

He even brought along his kids, who cheered him on from side stage. He packed an incredible amount of stage presence in such a short amount of time. 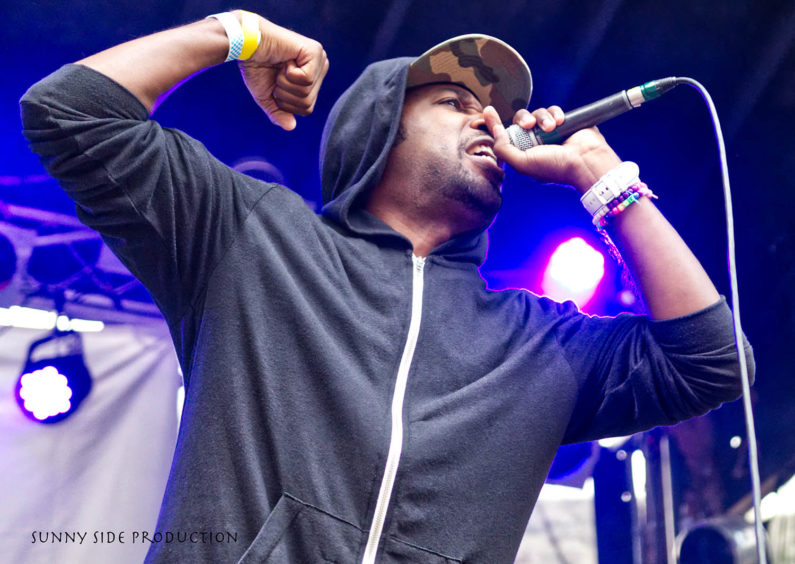 Stoney Bertz threw her bars next, rapping out of Colorado Springs. She was blowing fat vape clouds backstage all night, at one point entirely clouding up the opener tent. 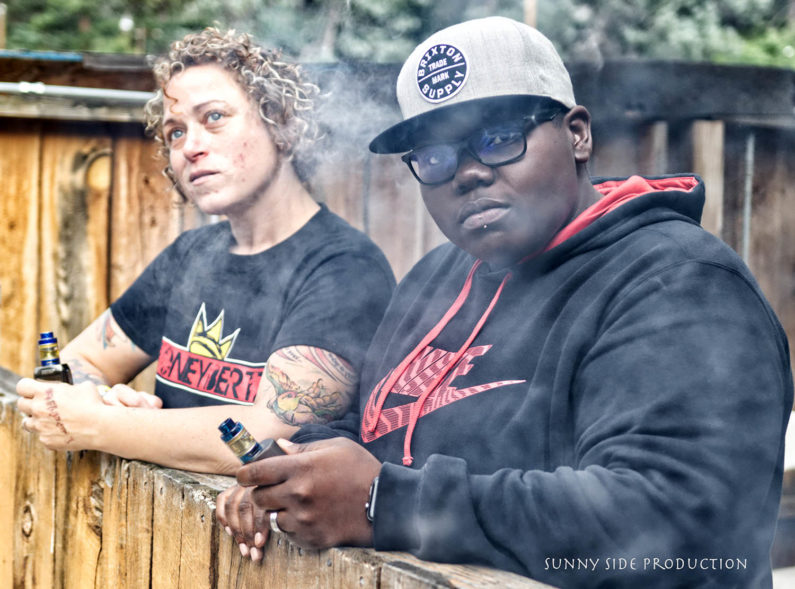 Her flow on the beat got the crowd moving, getting everybody warmed up for the night filled with hip-hop. Check out her BandCamp (link here), she has a bunch of really good music on there. 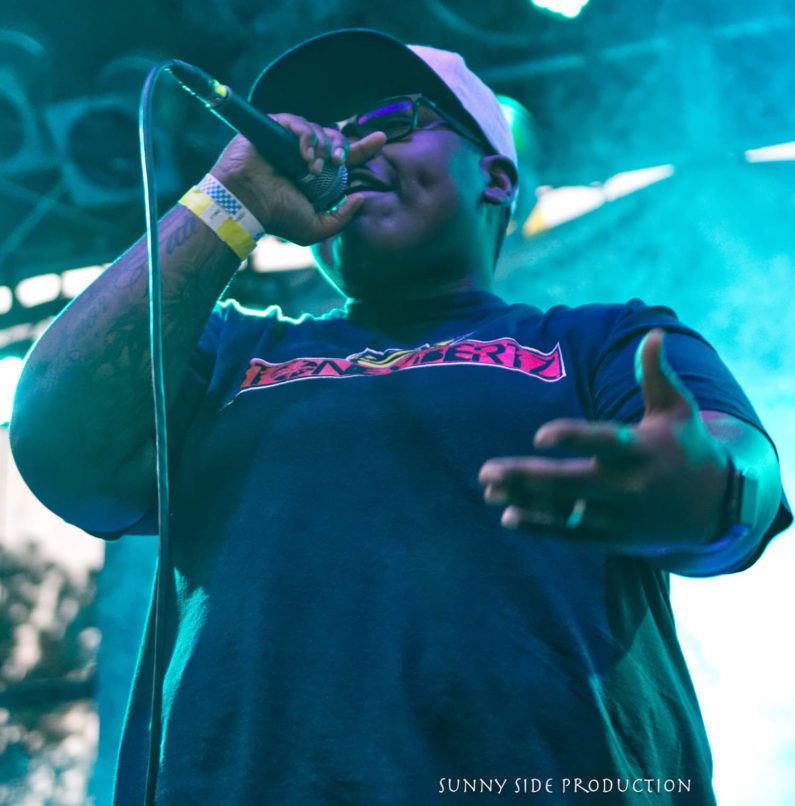 Thin Air Crew took the stage shortly after, bringing their incredible flow with them. The Fort Collins locals reminded everybody what Colorado hip-hop is all about, and genuinely blew me away with how good their set was. They played some songs off their self titled album along with some really cool stuff I hadn’t heard from them before. 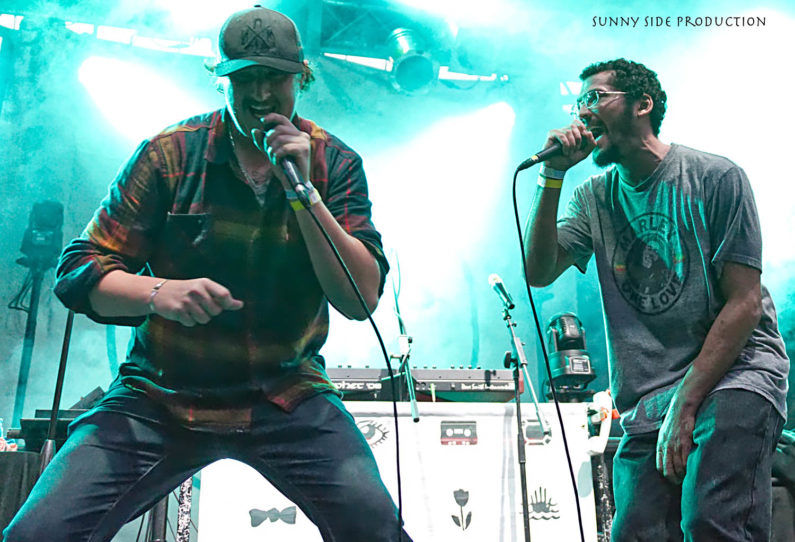 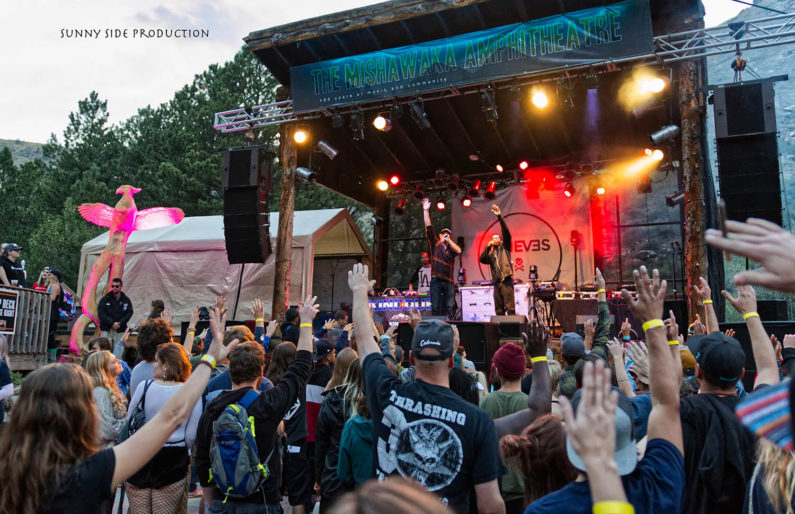 Kind Dub brought the heat right after, mixing some incredible freestyle with familiar songs from their album Year of the Dragonfly. 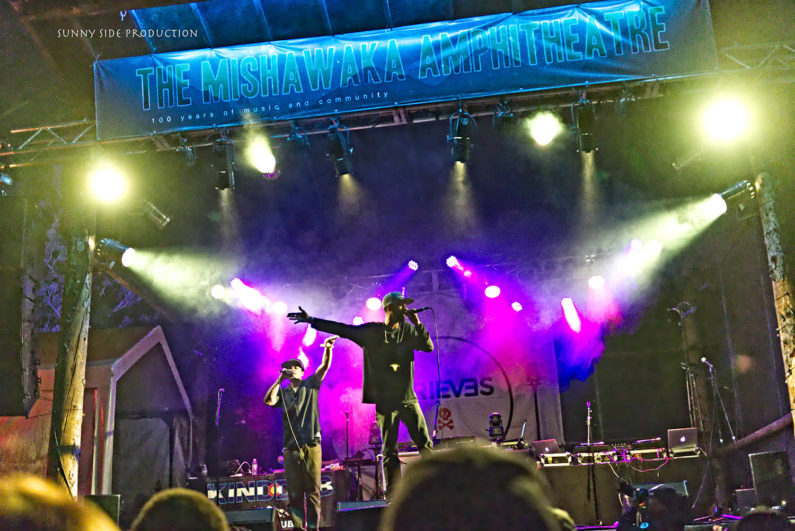 They blended impressive rap with crushing guitar riffs to make for an interesting and fresh fusion of music.. I also have to give them extra props because of all the hard work they put in to make sure this show happened. 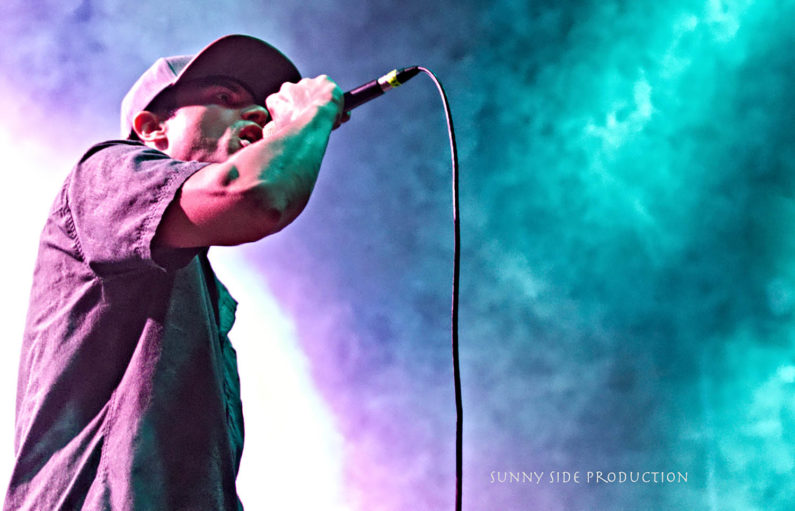 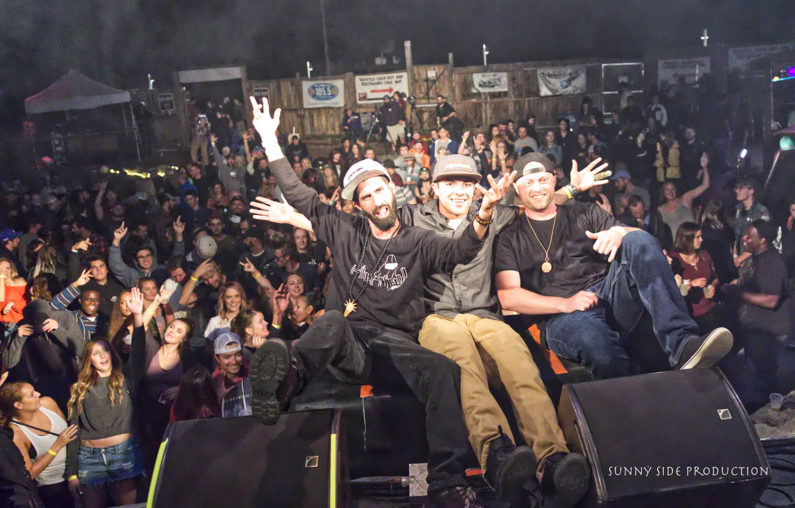 Kind Dub had worked very hard promoting this show and it paid off, thank you!

Wake Self brought the enlightening rap, reminding everybody to stay grounded and woke. His set wove an intricate story, with his impressive freestyle bringing it that much further. 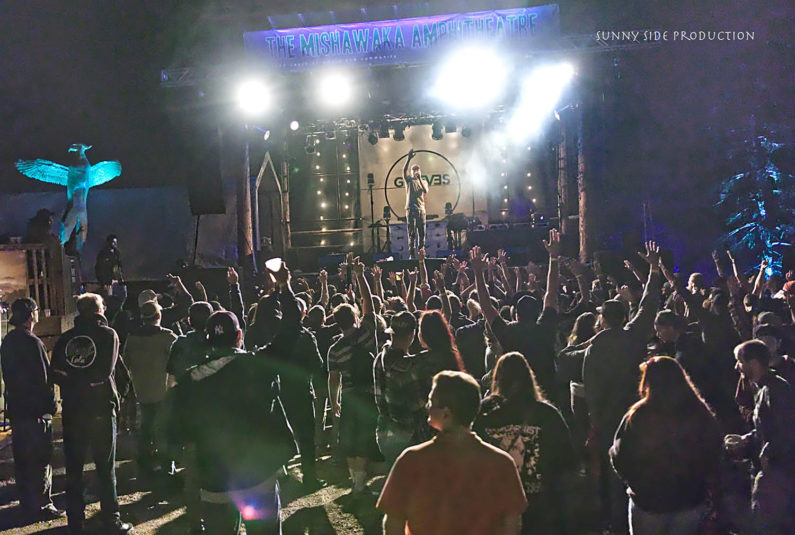 He performed a bunch of songs from his album, “Good Things Happen to Those Who Wake” as well as some freestyle and a few new songs. 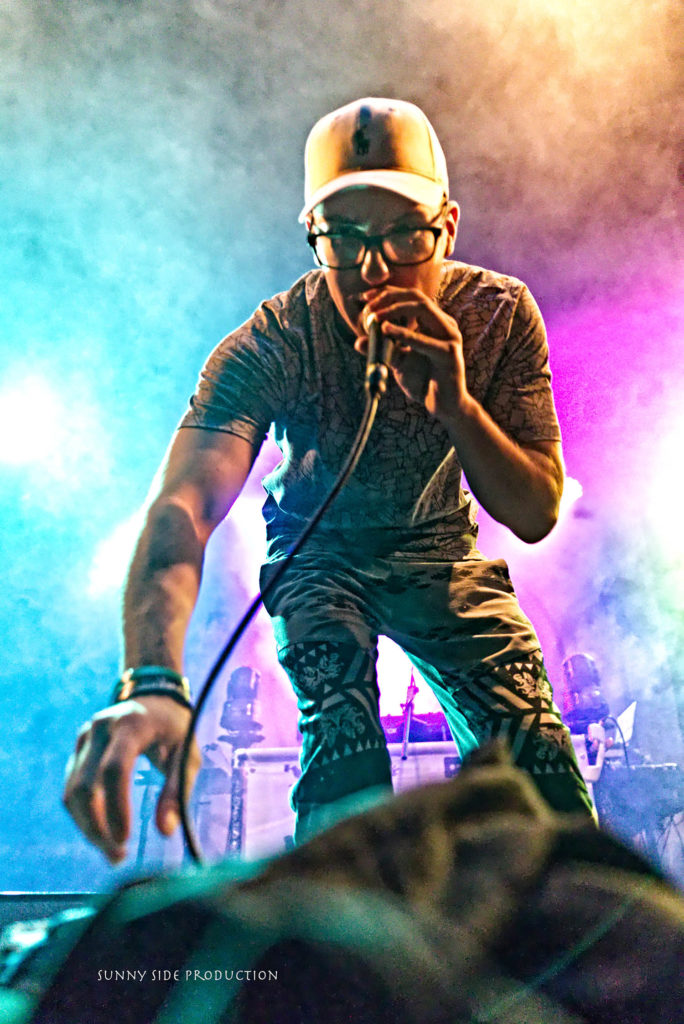 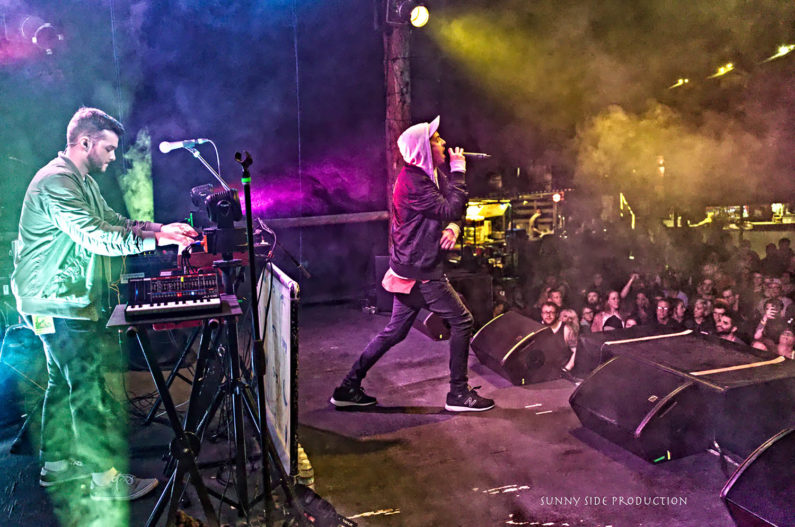 Grieves ended the night, and he proved to be an incredible act. Throughout his set, he told a bunch of jokes and kept the crowd laughing. One of his one-liners I jotted down was when he was talking about the younger generation and the rise of meme culture. “I’m borderline too old for memes, my meme game wack as f*ck.” He played new and old songs, reminding the crowd throughout that playing this show was just as fun for him. 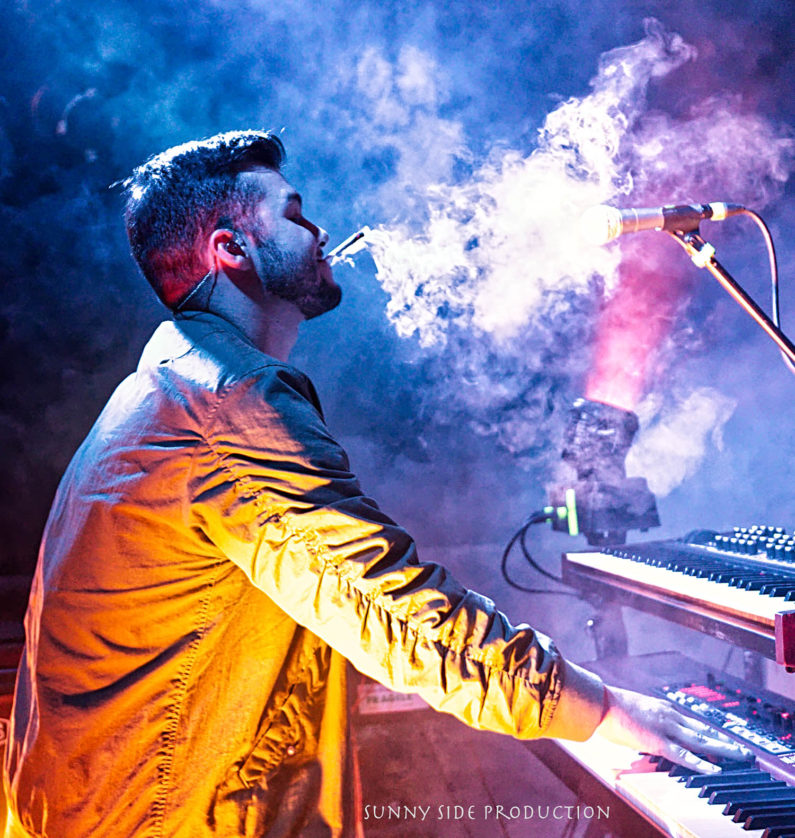 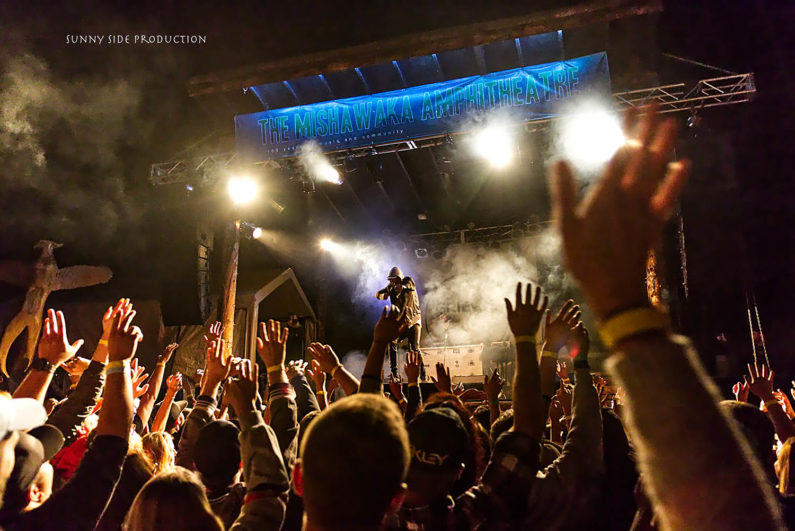 Grieves had just as much fun as the crowd did.

Grieves is from Fort Collins, having graduated high school from here. Grieves said he felt like he was at home here, and we’re glad because he will always be family to the Mishawaka. Thanks for the killer show, Grieves. It’s among the best hip-hop at the Mish yet. 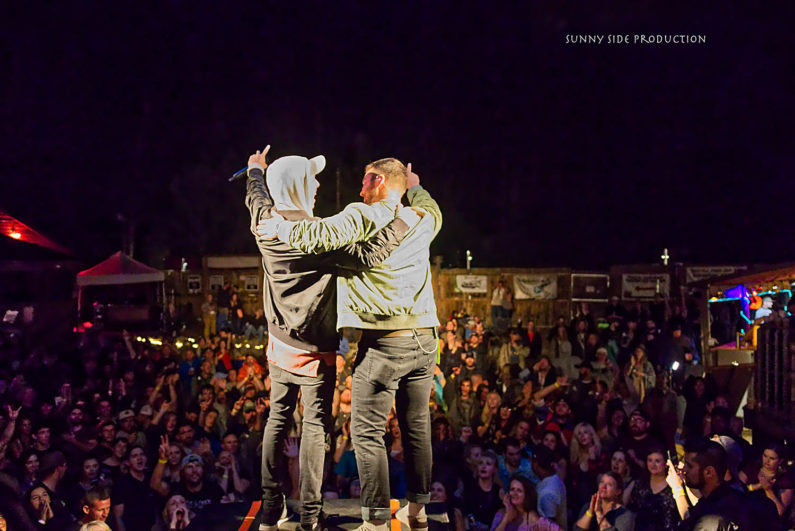