The Canyon endured yet another weekend of rain. The sounds of the roaring Poudre would be drowned out with the sounds of A-Mac and the Height, Tropidelic, and a Mishawaka favorite: Wookiefoot. 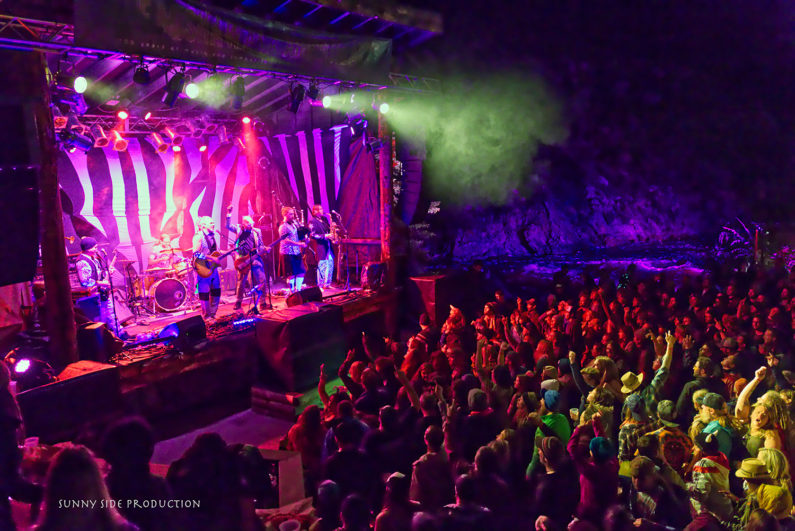 The Production Crews became a bit uneasy at the amount of rainfall, therefore causing us to move our opening act into the dry warmth of the dance hall. Nevertheless, A-Mac and the Height were not going to let a slight change in scenery stop them from owning the stage and taking over the hearts of their fans. Even Karl, the piano player, ran his fingers across the keys from the other side of the indoor area of the venue. 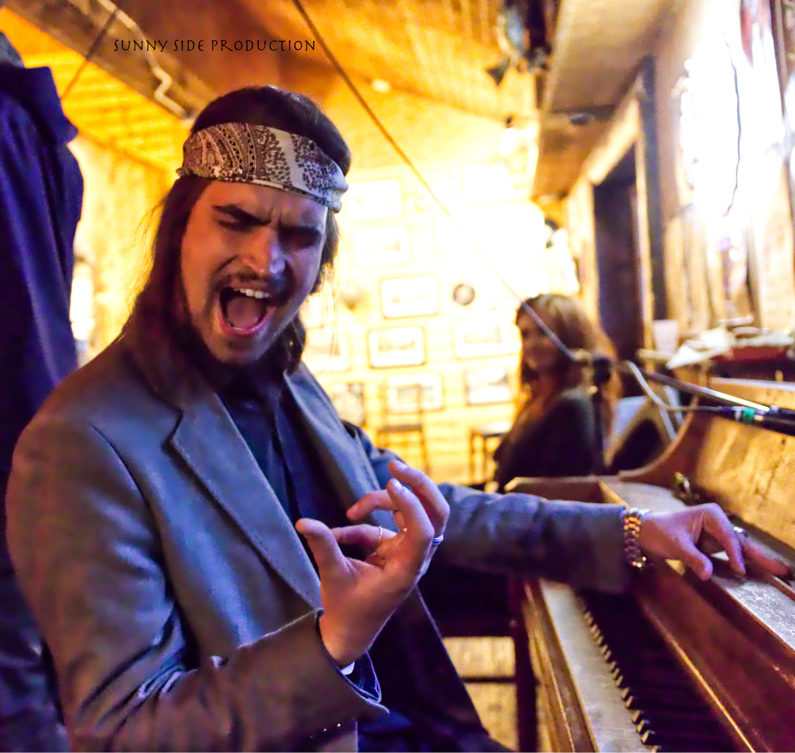 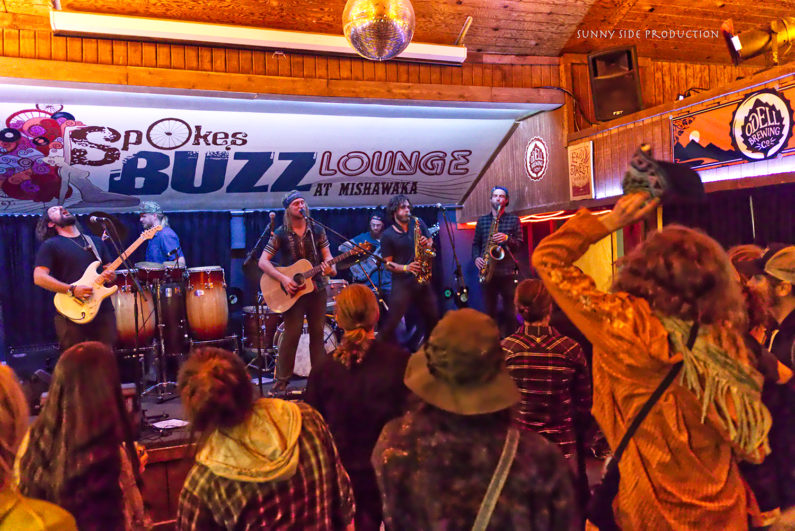 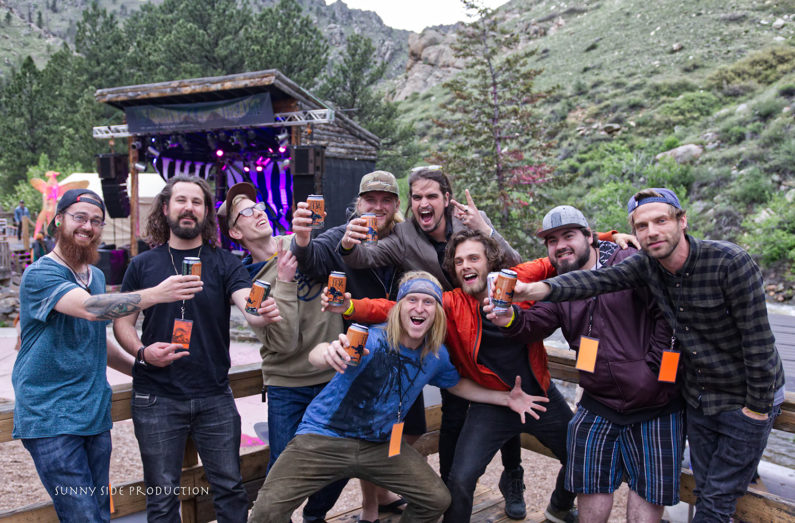 Fortunately, the clouds showed mercy and let up for the rest of the evening to continue outside. Tropidelic took the stage and brought a very unique type of genre to the Mish by intertwining reggae and rap with a splash of a big band sounds! The moment that truly stole the show was when the band left the stage for an insane drum solo followed by the return of the trumpet player, Derek, who brought spunk with his custom “Tropidelic” sousaphone. 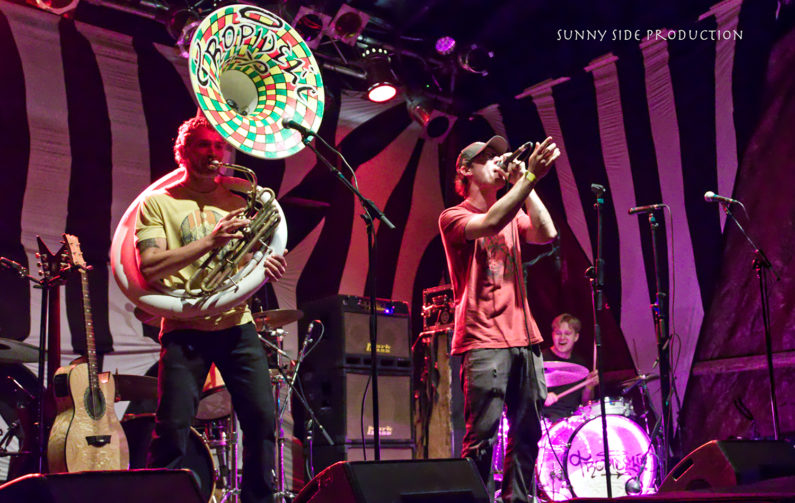 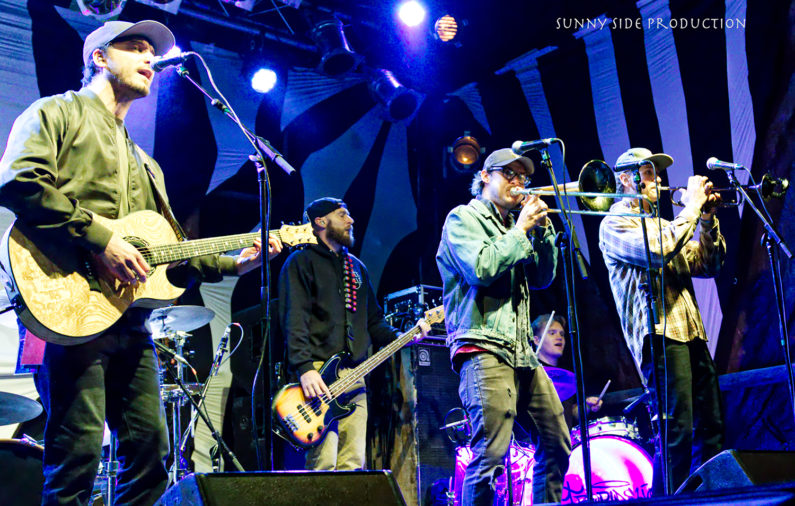 Tropidelic mixing sounds of reggae, rap, and big band with trumpet and trombone 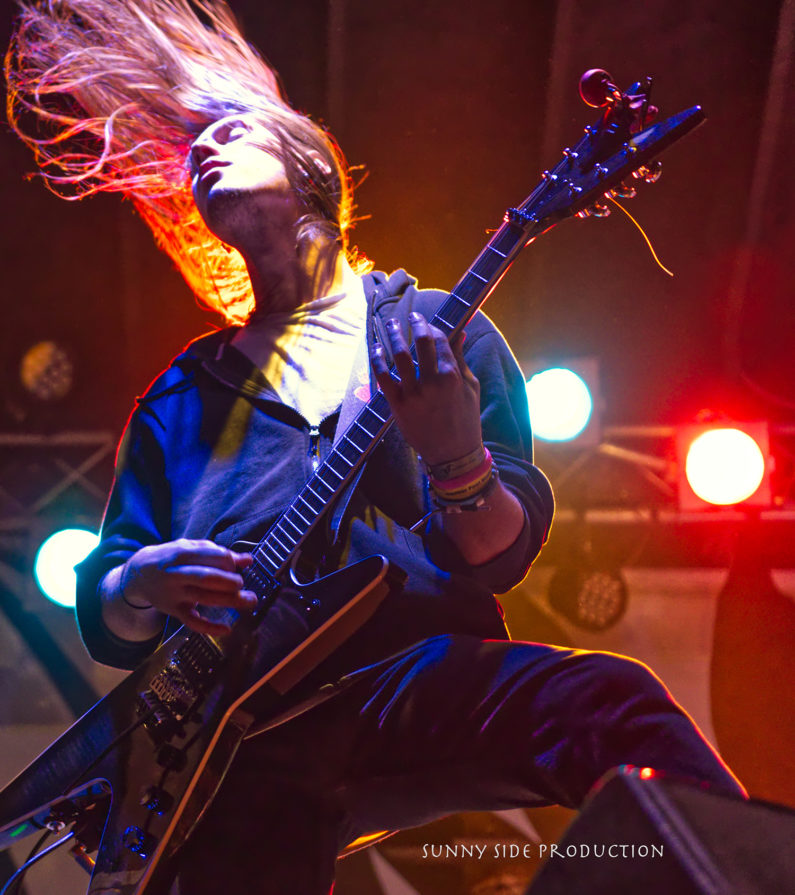 Tropidelic guitarist: Bobby Chronic was melting faces all night with his solos 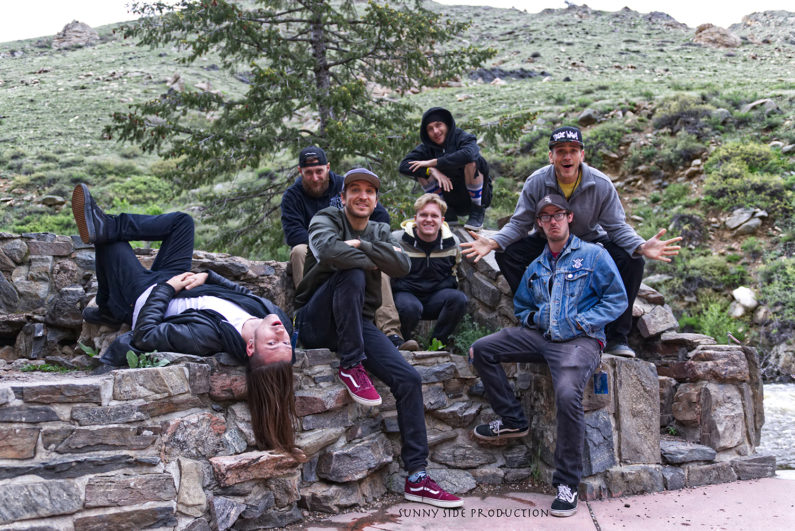 Tropidelic by the river

The preparation that went into the Wookiefoot show was truly reflected throughout their spiritual performance that brisk summer evening. The entire band had a variety of eccentric costumes that captivated the audience, so much so, that at one point the audience was upholding Mark by just his feet and ankles, worshiping the art that was being presented before them. 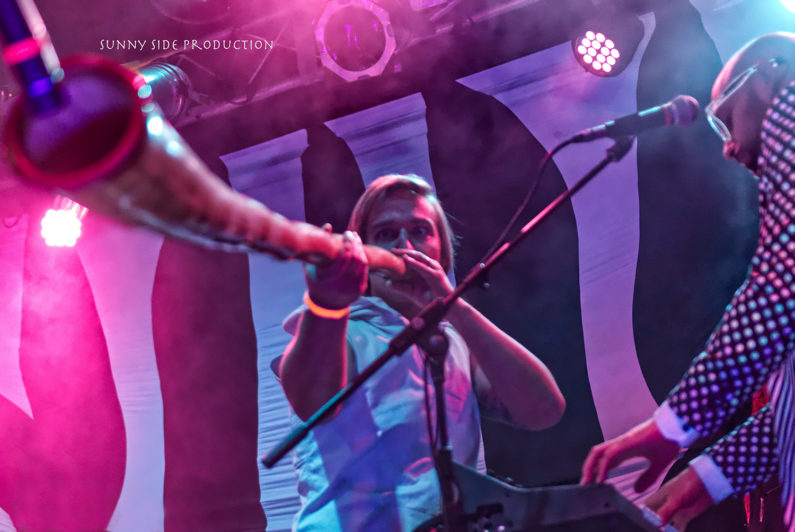 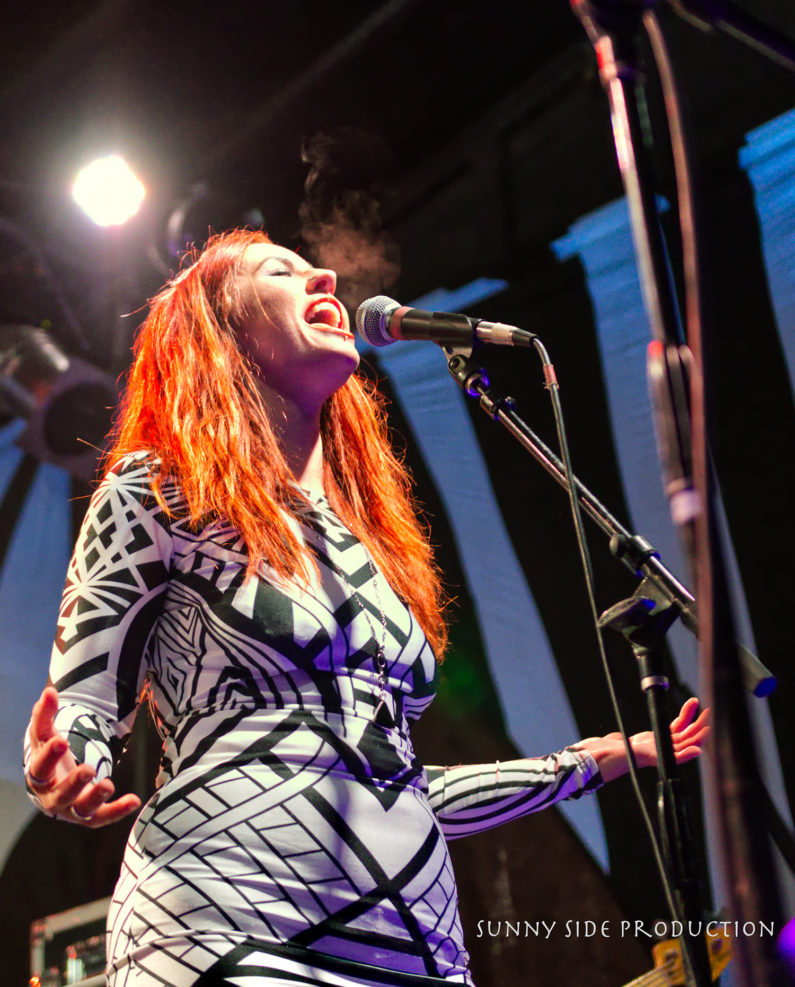 Wookiefoot plays a cover of White Rabbit by Jefferson Airplane 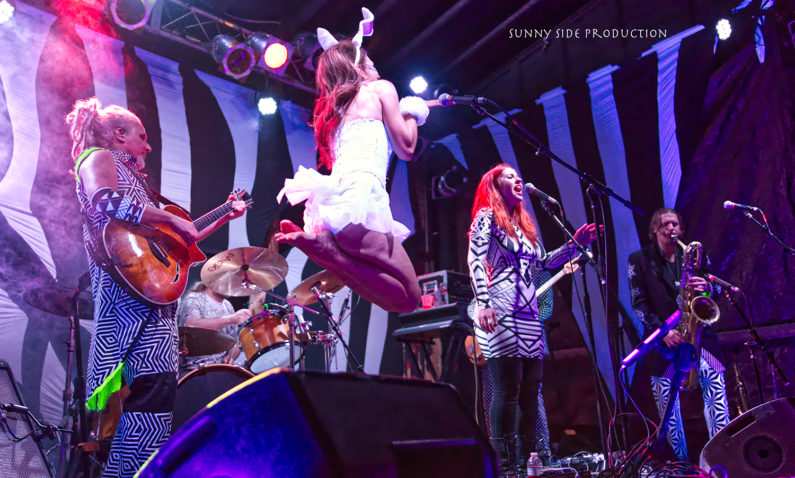 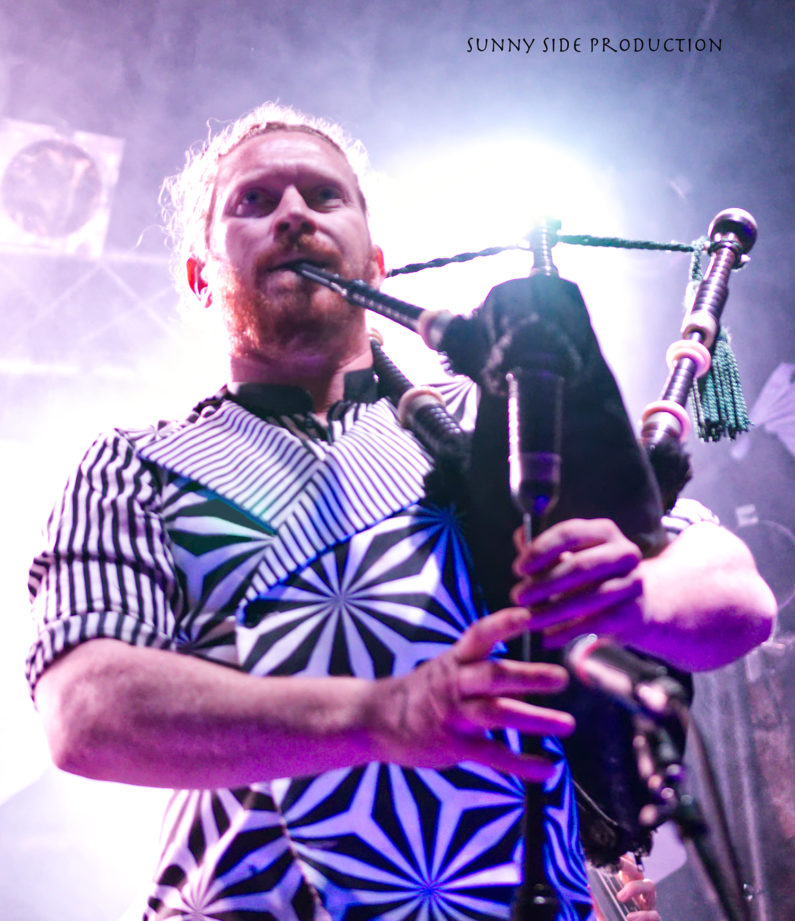 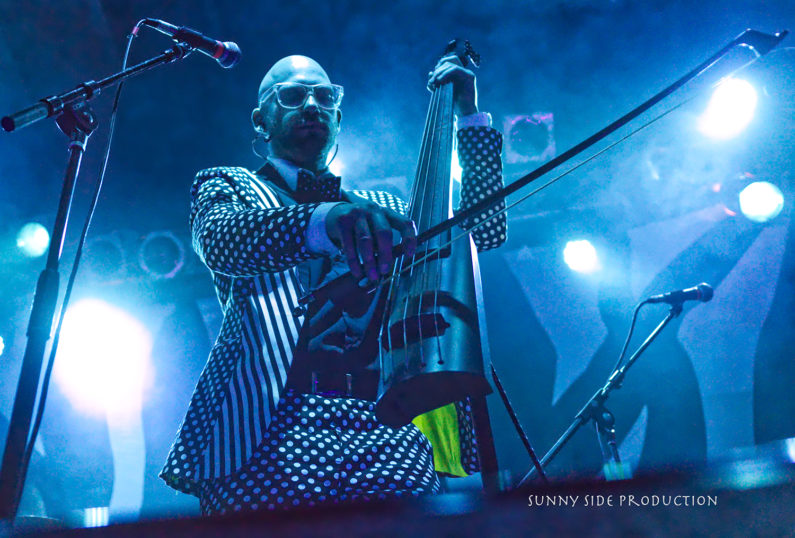 Larry Koszewski laying down some bass 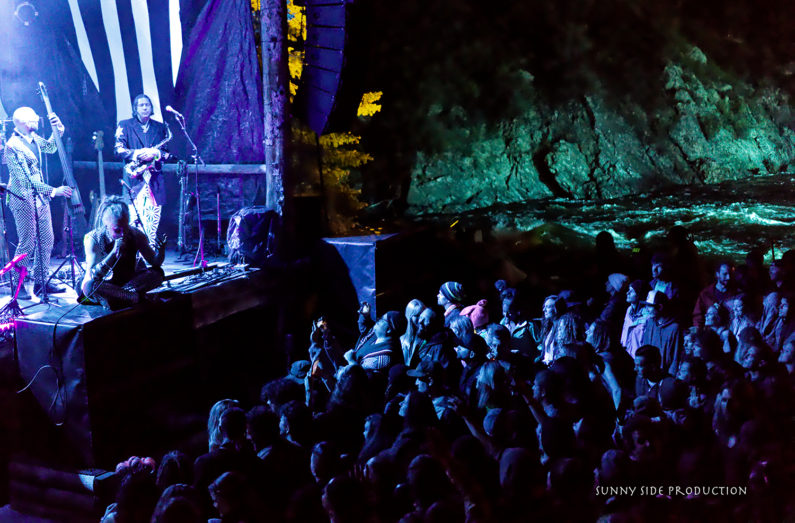 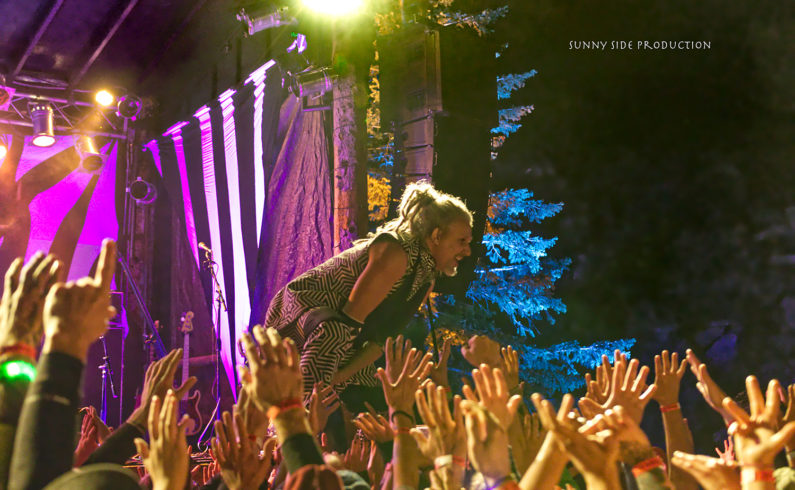 Mark being lifted by fans

To conclude the magical evening, Wookiefoot had invited Derek back onto the stage to have some sousaphone and bagpipe action bringing the whole crowd together as one giant sing-along. The happiness emanated off of the crowd as the bands greeted guests for signatures and thank yous. 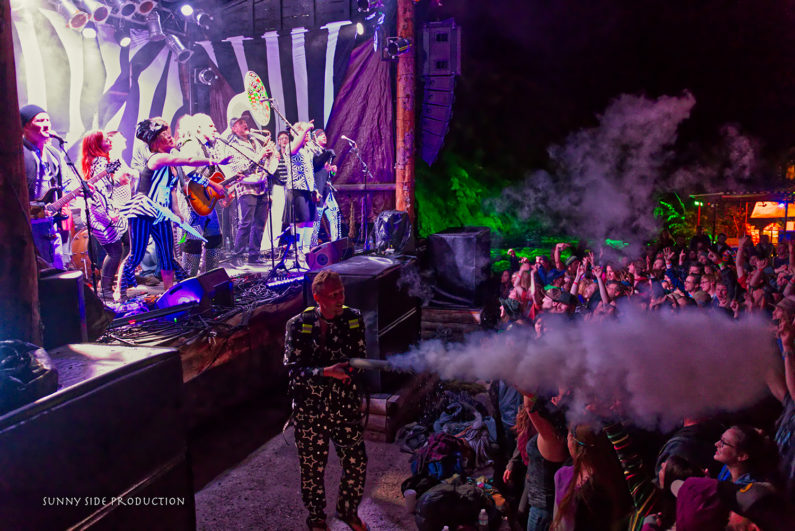 The crowd was getting blasted all night! 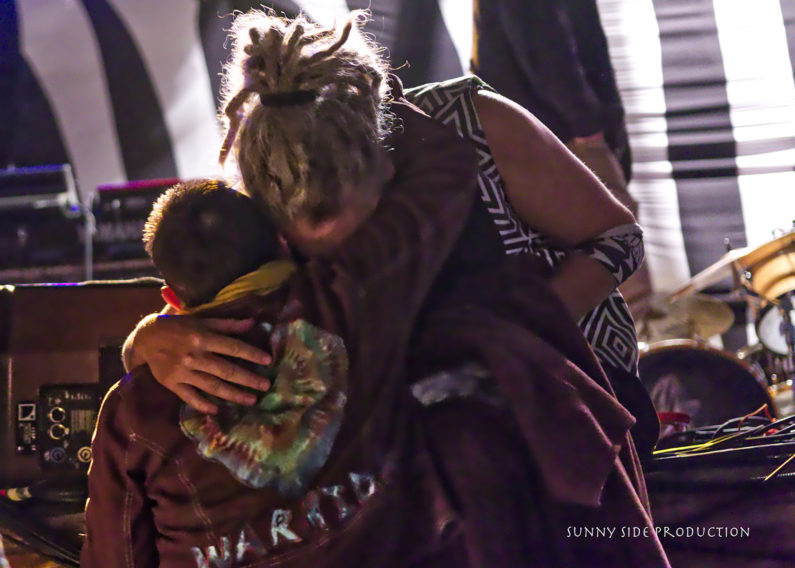 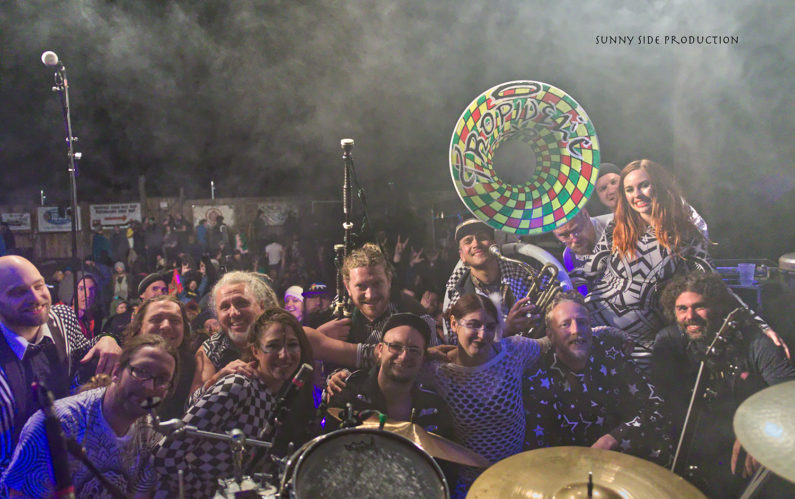 Wookiefoot with Derek McBryde on the sousaphone after an incredible performance