When Head for the Hills let us know they wanted to bring along fourteen guest musicians including a full horn section, we knew we were in for a party. That didn’t fully set in until heading up the canyon highway with a keg of Odell’s IPA, a case of Redbull and 4 liters of tequila. 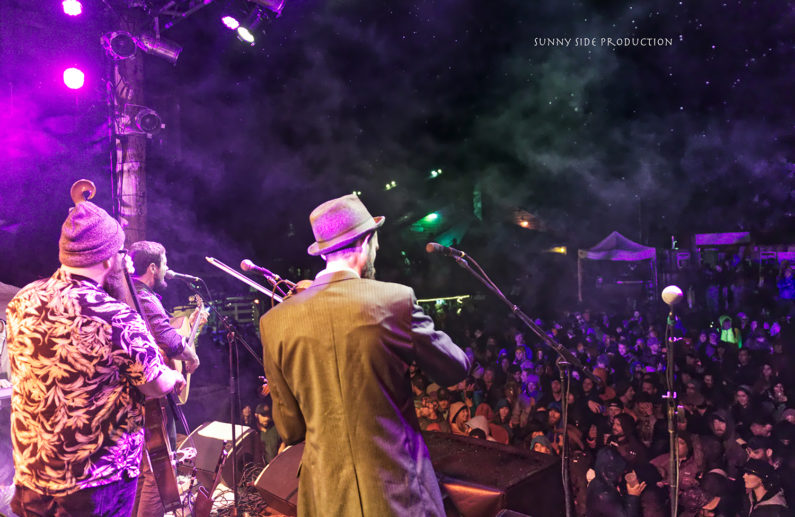 Head for the Hills has commenced our summer season for fourteen consecutive years, by now becoming a tradition here at the Mishawaka. We love these guys, and the sweet pickin’ and fiddlin’ they bring every year. Their 2018 show was no exception; even through a downpour of rain Head for the Hills (and their twelve guest musicians), Whiskey Shivers and Wood Belly delivered a show for the books. Check out Head for the Hills pickin’ in the rain here. 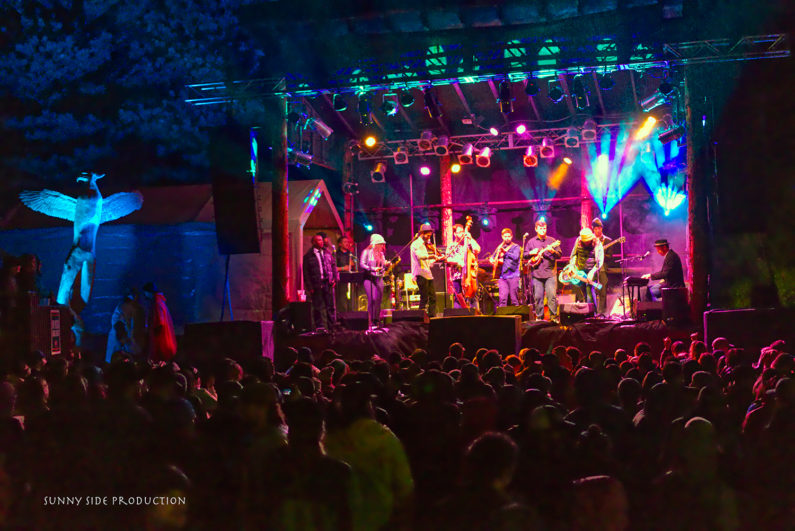 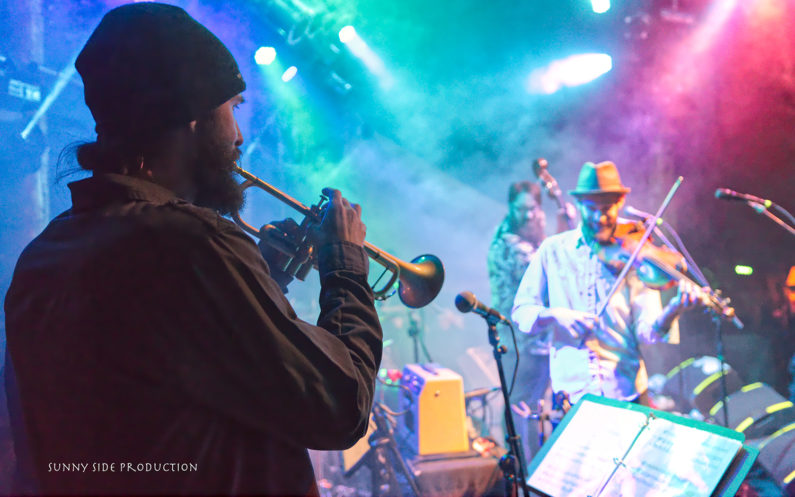 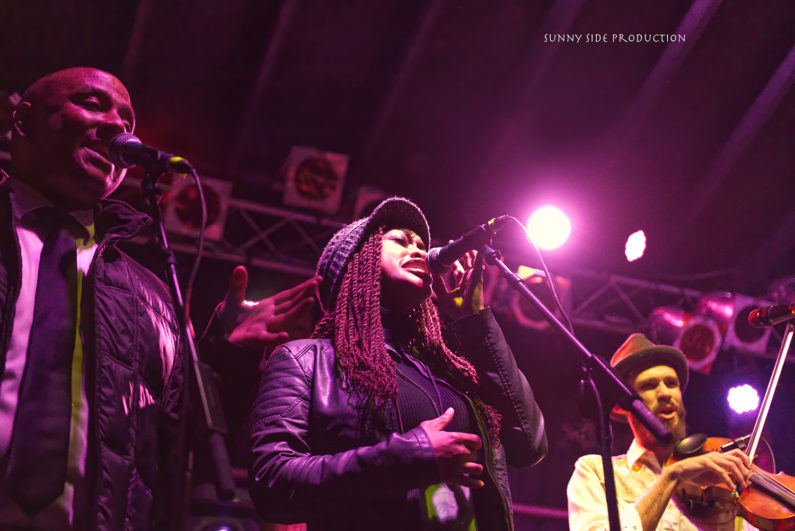 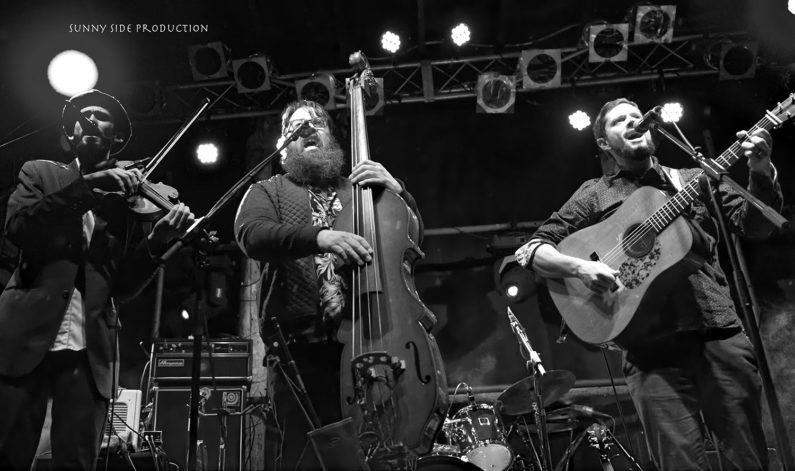 Pictured: Head for the Hills

When the show was creeping near and the rain wasn’t letting up, we got the heads of each band together and started talking backup plans. Thankfully all of these guys are awesome and a shuffle of the lineup arose as the best solution. Shortly after that Wood Belly took the stage in the rain, kicking off the night with a spectacular performance. They even featured Joe from Head for the Hills to spice up their set. 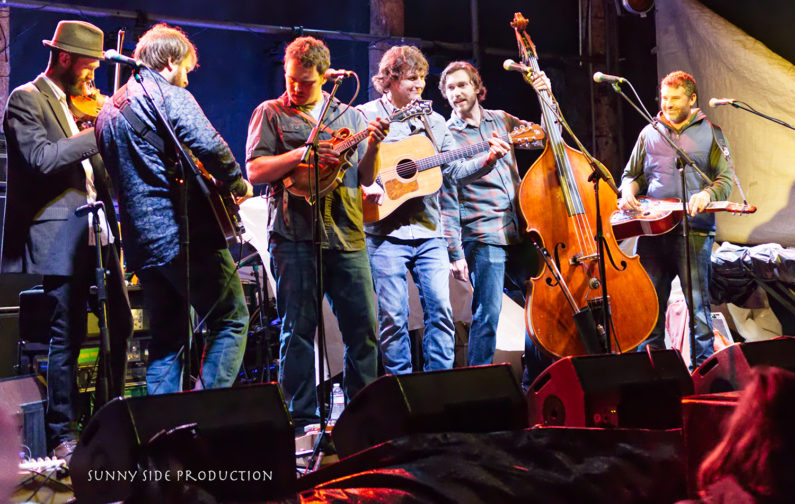 Wood Belly plays with Joe Lessard from Head for the Hills 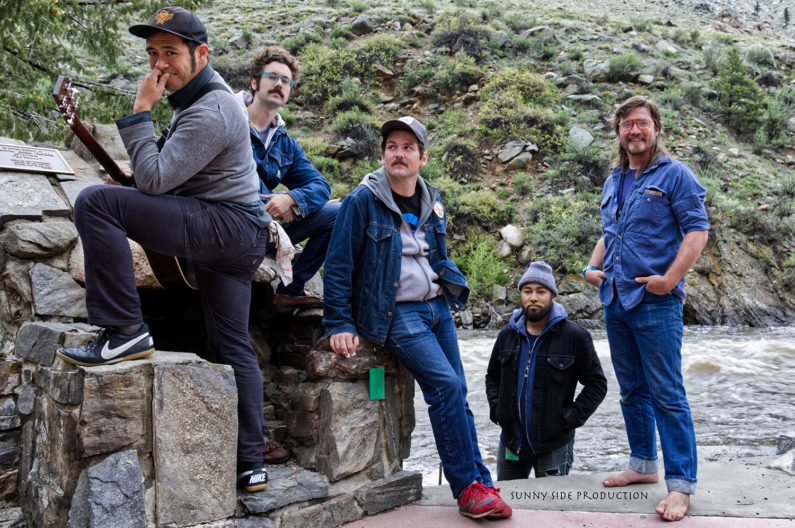 Backstage was wild for this show: everywhere you went was a different bluegrass jam (many with horn players, too.) When this many musicians are packed into a single show, many different styles collide to produce some truly incredible sounds. Head for the Hills started their show as the original trio, slowly adding musicians until the stage was packed with people all jamming different instruments. Their performance blended old with new, all of which seemed incredibly fresh with all of the additions to the lineup. 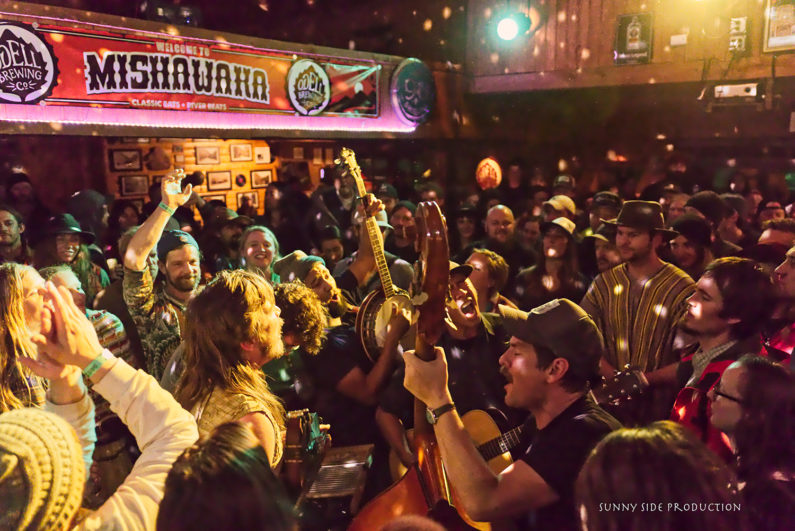 Whiskey Shivers throwing down in the SpokeBuzz Lounge

Head for the Hills was nice enough to give the finale of the night to Whiskey Shivers, who ended the night playing inside in our SpokesBUZZ Lounge. They threw quite the bash, it’s not often that we see outdoor shows get rescheduled inside. They proved to be quite the crowd pleasers; everybody was having a great time (even though most of them were soaked.) They proved that a little bit of rain can’t stop the dedicated that journey out to the Mish. At one point the band even joined the crowd, it ended up being a blast. The show was truly incredible, the rain couldn’t stop the bands from bringing their all to the stage and it didn’t stop you all from dancing in the rain to those sweet, funky bluegrass jams. 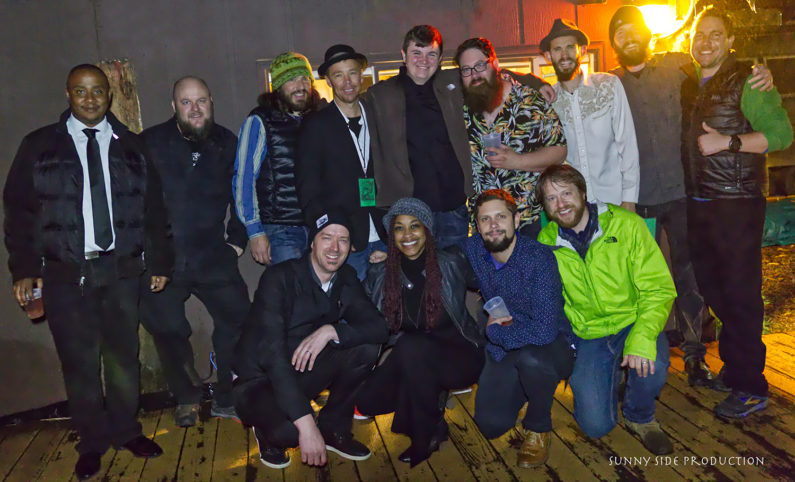 Head for the Hills and their guest musicians

For the full gallery, visit Sunny Side Production