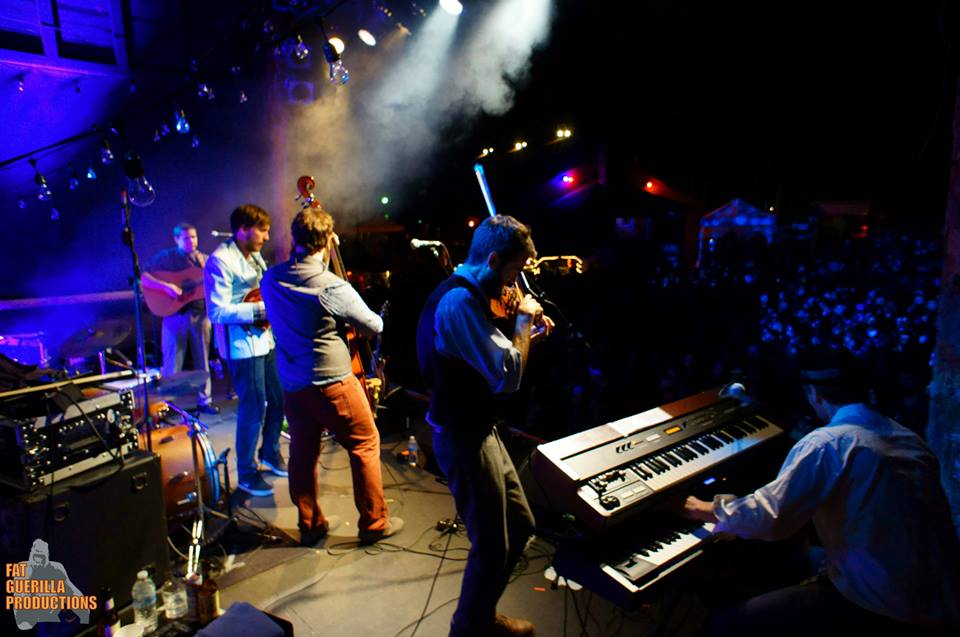 This year’s “Pickin’ on the Poudre” event summoned all of FoCo’s faithful to the shoreline for a night full of dancing, music, drinks and several surprises.

Opening for the acclaimed Colorado quartet were the talented Grant Farm, with special guest Benny “Burle” Galloway, and Gipsy Moon. The night knew no boundaries as artists introduced new songs, ignited excitement through playing each others ‘songs, and fans danced in the rain during an unforgettable performance at the Mish.

In a sold out show, Mishawaka’s venue was packed with several eager fans and, even more, some unsuspecting guests. During Head for the Hills’ show break, an oblivious Scott Velloci had no idea that his girlfriend, Elise, was backstage preparing to propose to him. In front of a crowd of nearly 1,000 people, Elise proposed to Scott on the Mish stage! The couple plans to get married next summer—maybe we’ll have ourselves a Mish wedding as well! (Check out a video of the proposal on our Facebook page) 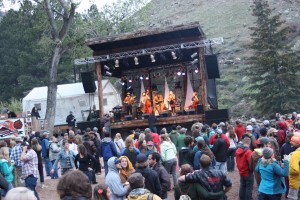 The on-stage proposal wasn’t the only surprise of the evening; Head for the Hills’ band member, Matt Loewen, was floored when he found out that his crew had also planned a surprise birthday
celebration for him backstage.

Thrill and surprise are nothing new for the Mish venue. From all-day rock sessions along the river, to ‘grizzly’ encounters with the canyon’s local bears, there is always something exciting unwinding at the Mish. This year, we expect no less as the Mishawaka welcomes a hard-hitting mix of jam bands and bluegrass groups to the streamside stage for a summer packed with live music, dancing, the beautiful outdoors and—undoubtedly—a few surprises. Don’t Mish out!

Condemned To Burn, When Darkness Falls, Humanity, 7Seven “Live on the Lanes” at 100 Nickel (Broomfield): Presented by Mishawaka