On Saturday November 11th, DJ Williams brought his insanely talented Shots Fired crew up from Denver for a raging follow-up to his Mishawaka debut opening for Keller Williams this summer. Our team here at Mish HQ was so impressed with his opening set a couple months ago, we couldn’t wait to have him back in Fort Collins at 830 North. 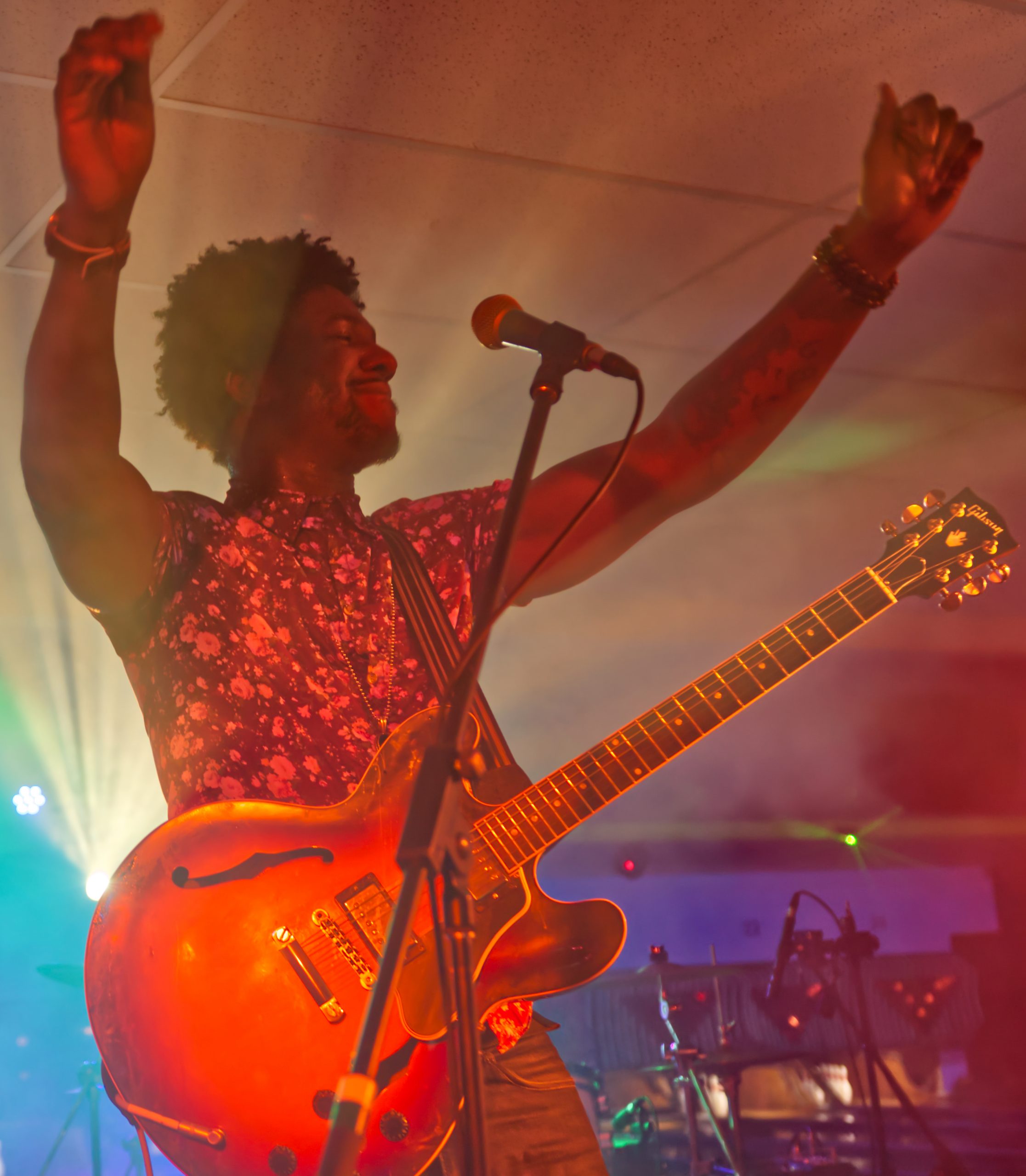 To get the party started, we brought in the powerhouse group Mountain Rose with their stunning vocals and booty-shaking jams. They played some excellent covers and originals, the energy in the room was rip-roaring by the time set break came around and the crowd got back to their bowling games during the downtime. 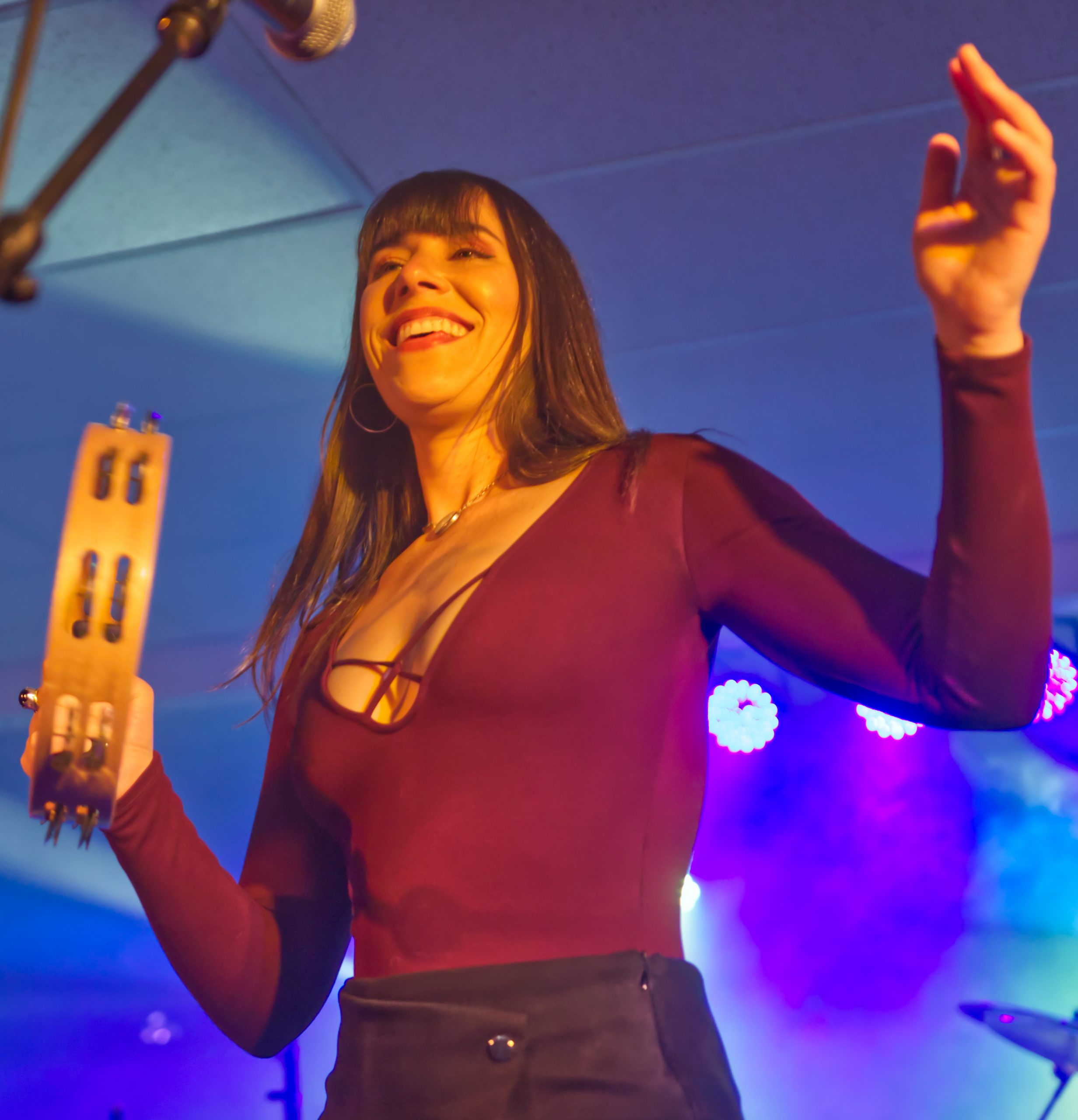 DJ Williams sang his heart out over shredding guitar, keys, and horns. Joining him on stage were some of Denver’s finest, like Eric Luba on keys, Kowan Turner on drums (who will be back on our stage at 100 Nickel supporting Michelle Sarah Band) and Nicholas Gerlach on sax, among his other power players. They played a few covers in his unique style and brought the house down with the dance-heavy set. 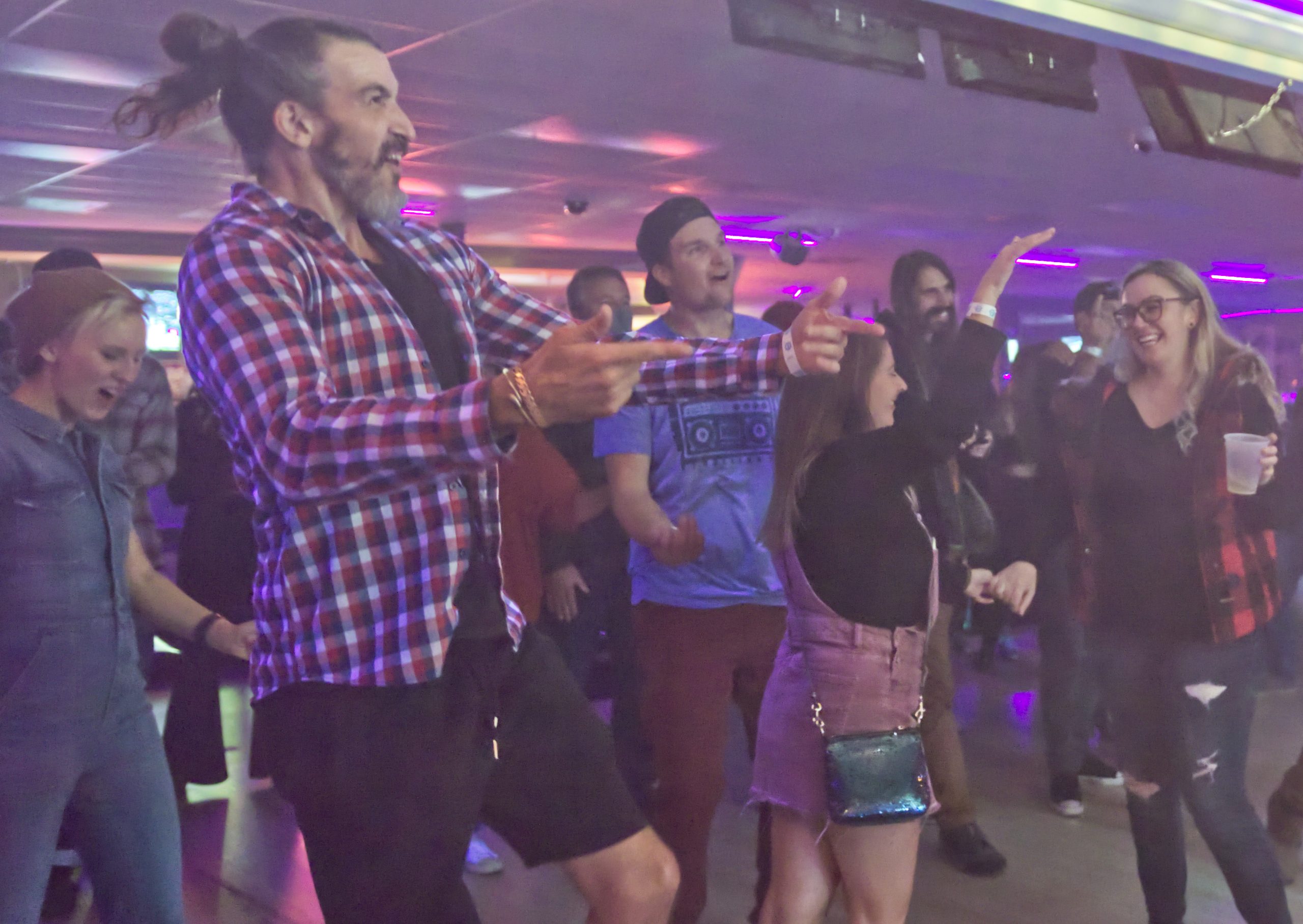 Sloasis Halloween Festival with Slow Caves, The Sickly Hecks, and Debr4h at 830 North

On November 6th, Slow Caves brought their Sloasis Halloween Festival to 830 North for a Halloween party like no other. Each band performed songs from a legendary band. Slow Caves paid tribute to Oasis (hence the name Sloasis), The Sickly Hecks performed as the Pixies, and Debr4h covered Madonna classics. 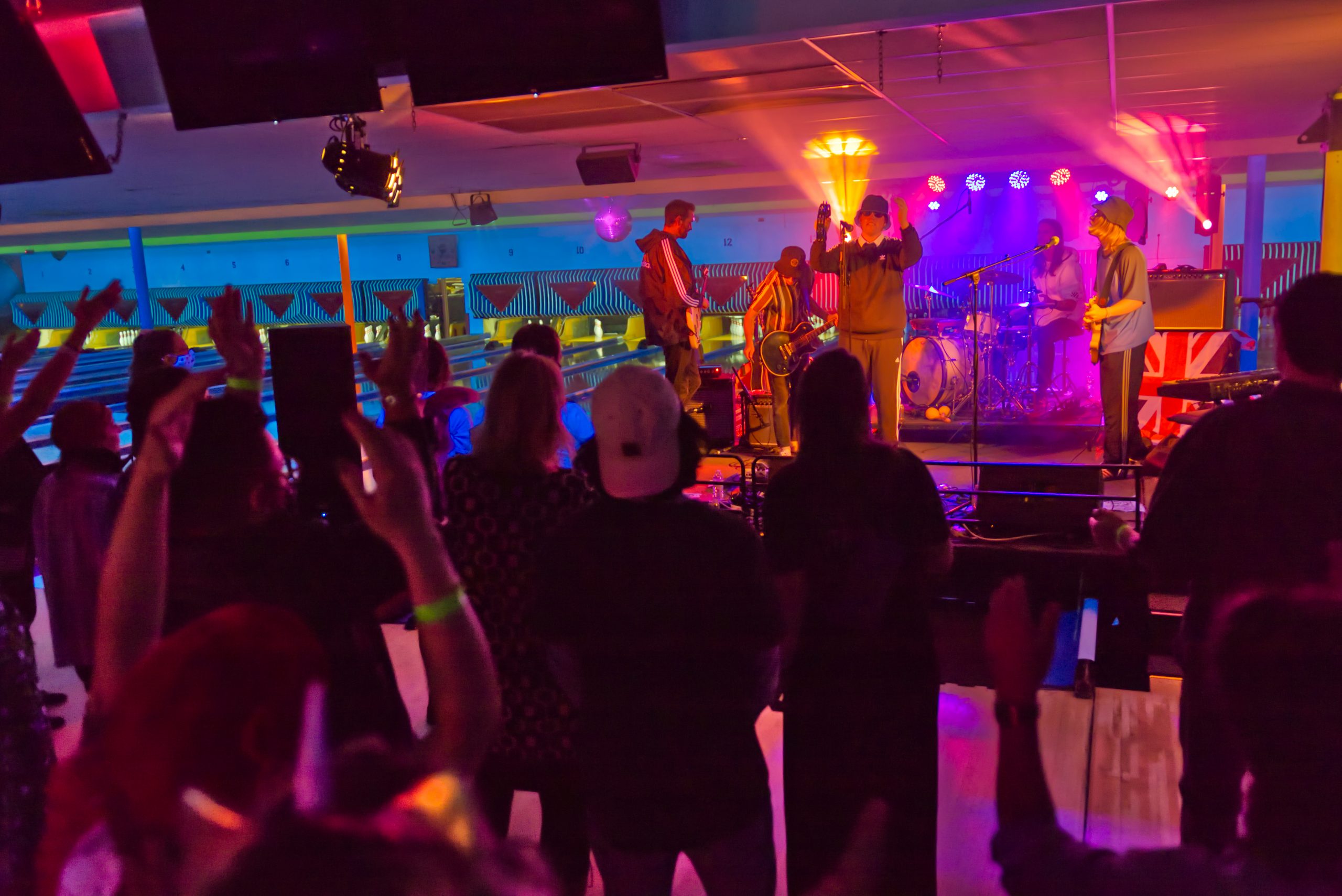 The crowd sang along to all of the songs and boogied down out on the dance floor. Fans dressed up in their best Halloween get-ups for the night and got down in style. 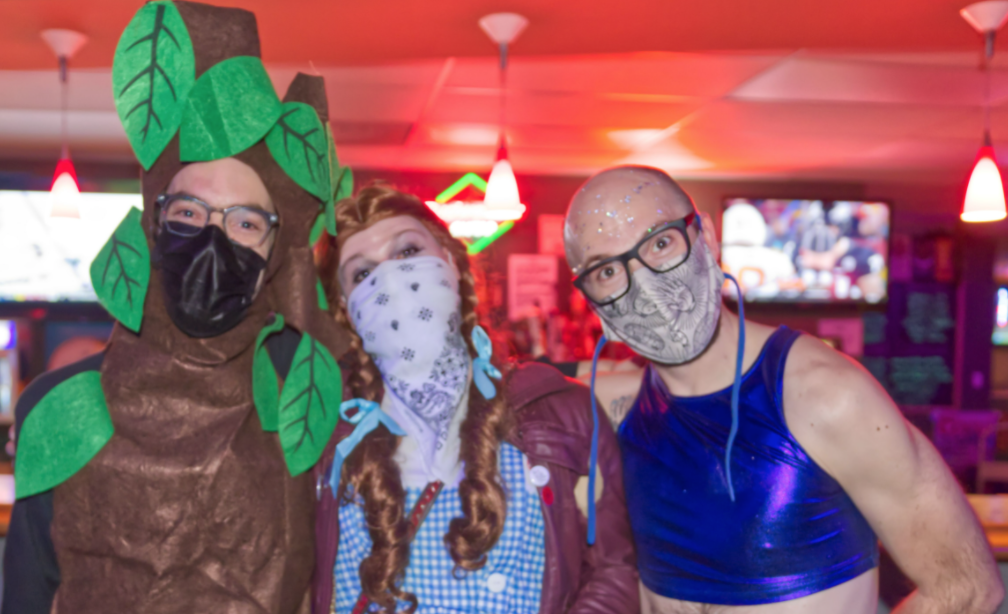 Los Mochocetes and 2MX2 joined us at 2454 West in Greeley for a fun night filled with latin music. 2MX2 took the stage first and brought the crowd to life with their strong, powerful lyrics and sounds. The group featured both male and female vocalists. Many of the patrons at 2454 West ended up staying as the group took the stage.

Los Mochocetes closed out the night, taking the stage in their branded red jackets. The band played many familiar latin songs along with several original songs inspired by the experiences they have had. It is worth noting that the recognition and appreciation of indigenous people was very important to the band and they shared several powerful messages on this topic.

830 North hosted Marcus Rezak joined by Jason Hann Live on the Lanes. Marcus Rezak is a touring guitarist and also a member of Shred is Dead. The audience danced all night while Rezak shredded the guitar. It was almost impossible to not lose yourself in the music. 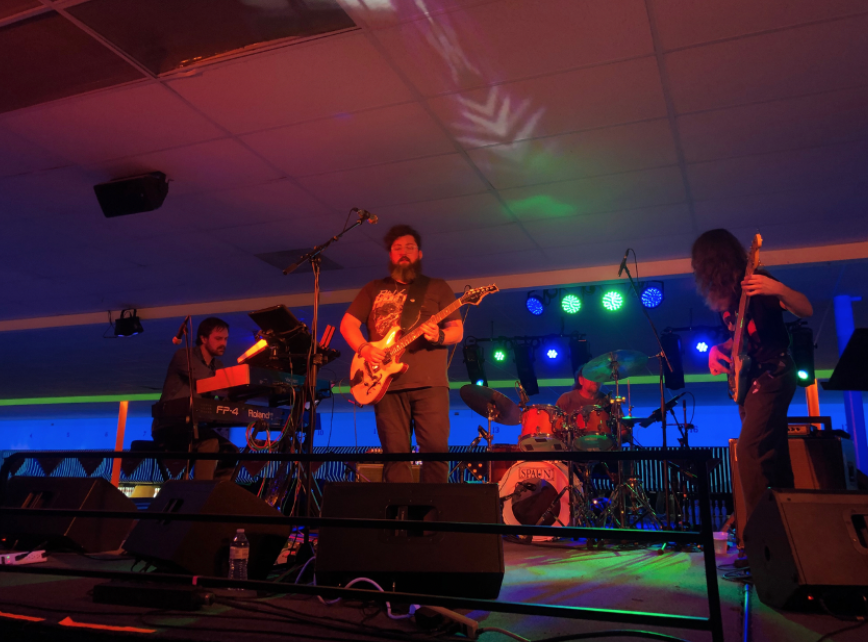 Rezak brought projectors with them to project pictures onto the walls to give the audience an all around immersive experience.

Live on the Lanes at 830 North hosted JD Simo and GA-20. JD Simo filled the venue with the sound of blues, jazz and rock on November 5. The audience bowled and danced till they couldn’t anymore.

The bands brought merch with them and set up a table that had a line out the door of people wanting to support their new favorite band and rep their name. The audience cheered on the bands asking for encore after encore. It was a night to remember for both the bands and the audience.

Lusid “Just A Taste Tour” w/ Ovoid and Honeycomb “Live on the Lanes” at 830 North: Presented by Sub.Mission & Lysergia

**NEW DATE** Aquiles “Live on the Lanes” at 830 North: Presented by Mishawaka