Bass music is back in Fort Collins! Live on the Lanes at 830 North got fired up on January 19th for our first Electronic Wenzdaze. Hotel Alone started the night off with his high energy remixes and mashups. Trip Drop filled the room with deep, drippy low end bass. Honing in his original style, Trip Drop always hits you with the lows. BRIXX came in with an all original mix blowing staff and patrons away. The mix was well mastered and took us on a sonic journey! The dance floor was hot all night long. You don’t want to miss out on this new free series at 830 North, bringing you the best in bass music! 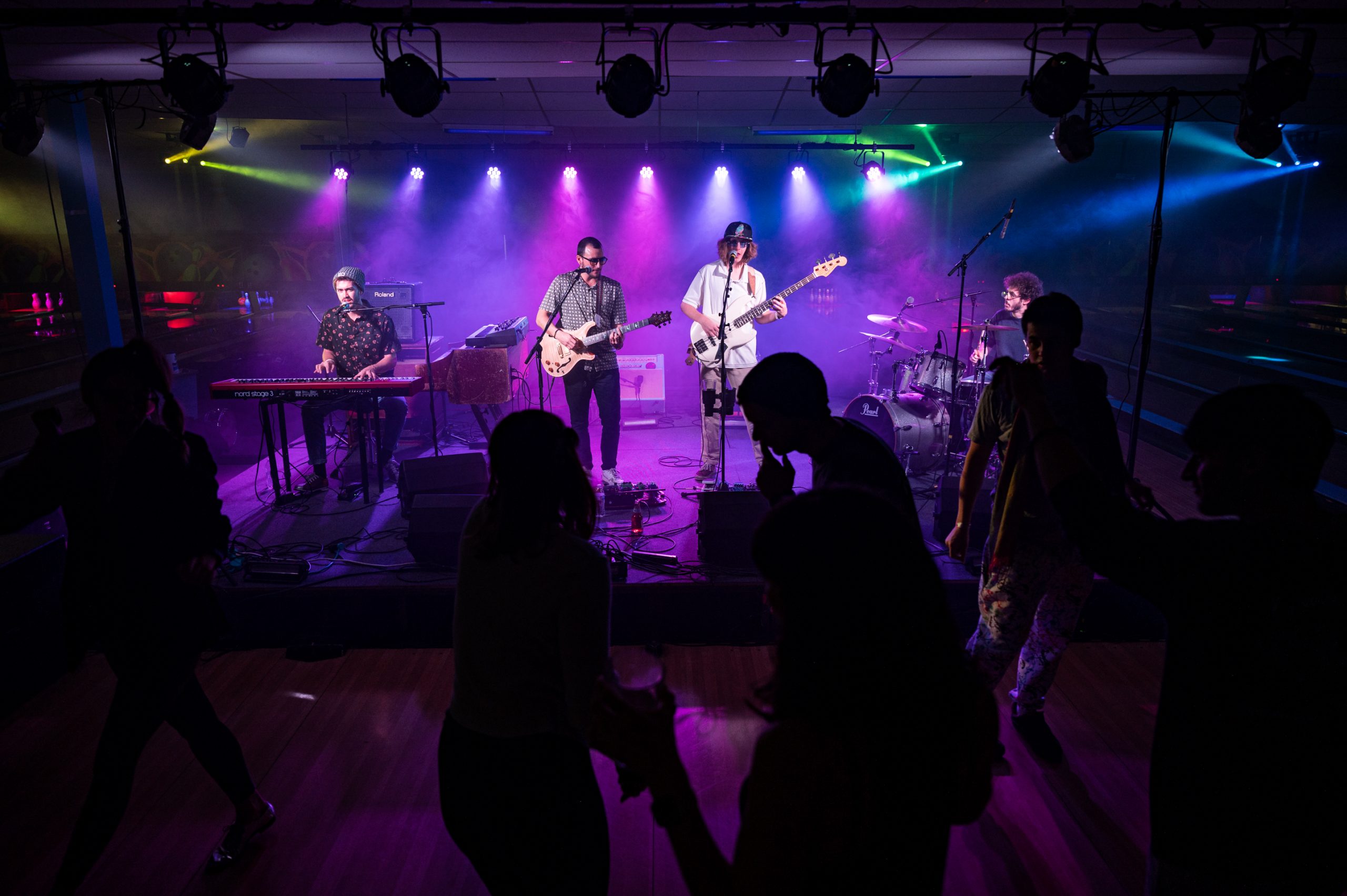 Live music made it’s triumphant debut at 100 Nickel on Friday, February 21st on our opening night with Sqwerv and Marafiki. The crowd boogied on down to the lanes, grooving while bowling throughout the evening. These two bands complimented each other nicely with Marafiki starting off the night with their progressive blend of jazz and funk, while Sqwerv highlighted their indie jam style throughout their set and closed out the evening. Everyone including the staff, the fans, and friends and family were so excited to finally welcome live music at 100 Nickel. 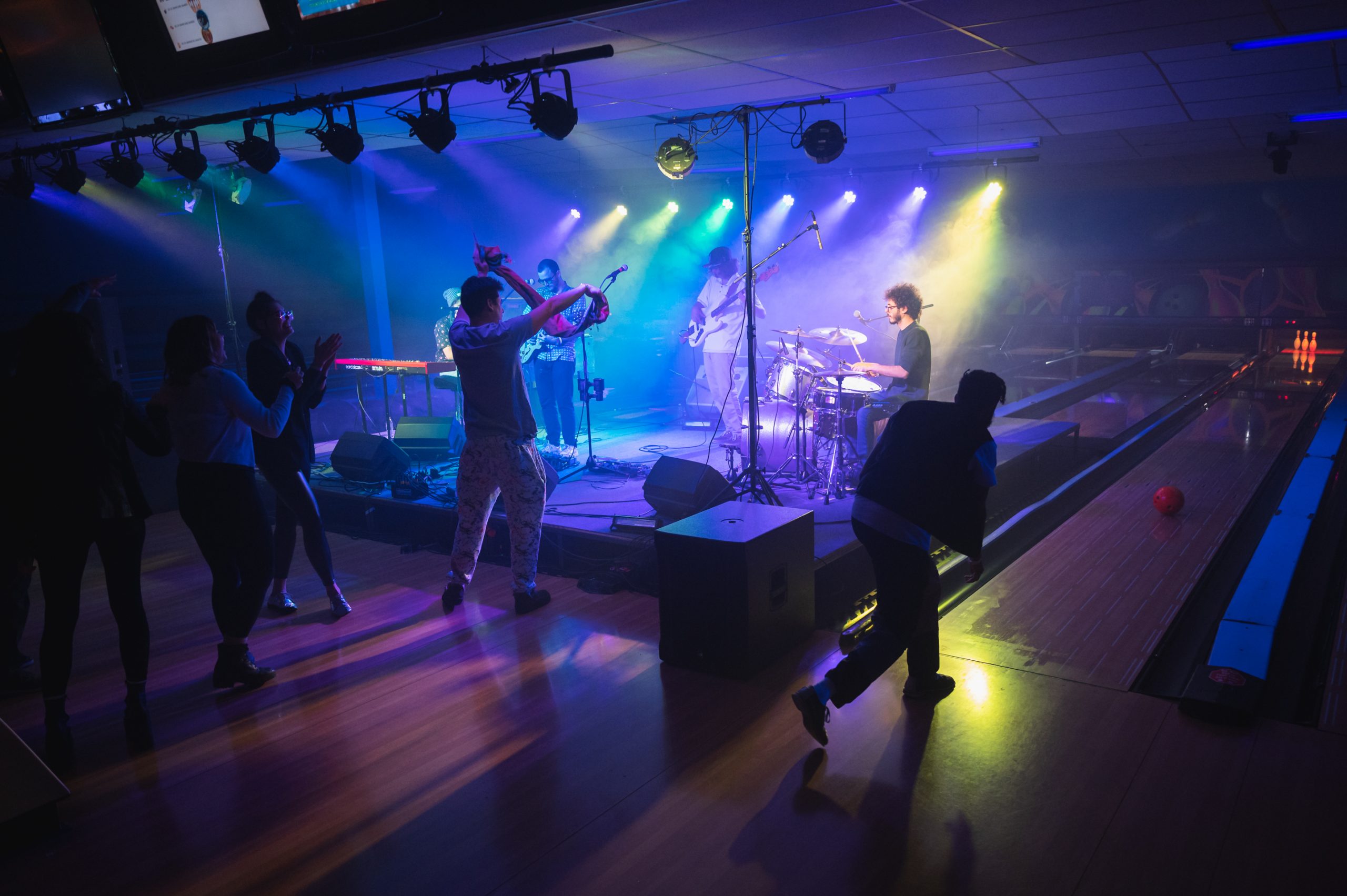 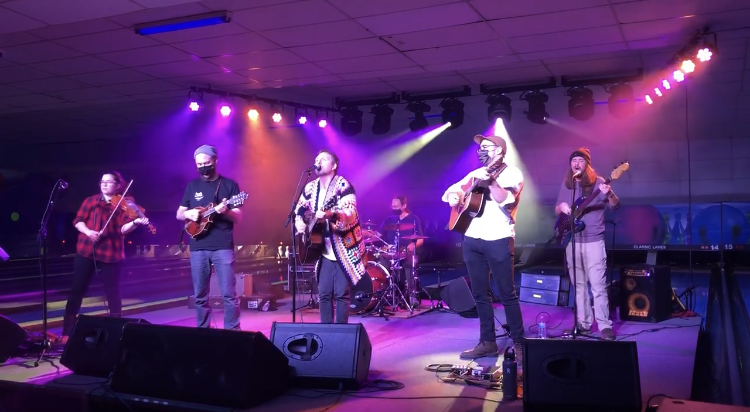 House with a Yard and Billy the Poet joined us at 2454 West in Greeley for a fun night filled with folk and rock music. Billy the Poet took the stage first and got the crowd on their feet with their rock n roll music. The group featured five members, dressed in mechanic’s shirts.

Local favorite – House with a Yard closed out the night, taking the stage with their six talented members. The band features a female fiddler and male vocalists. House with a Yard even has a long-time member of our 830 North team, Sean Fazzini as well as Jeremy Pounds, a member of our audio engineer team! They played two sets of folk music and closed the night out strong. 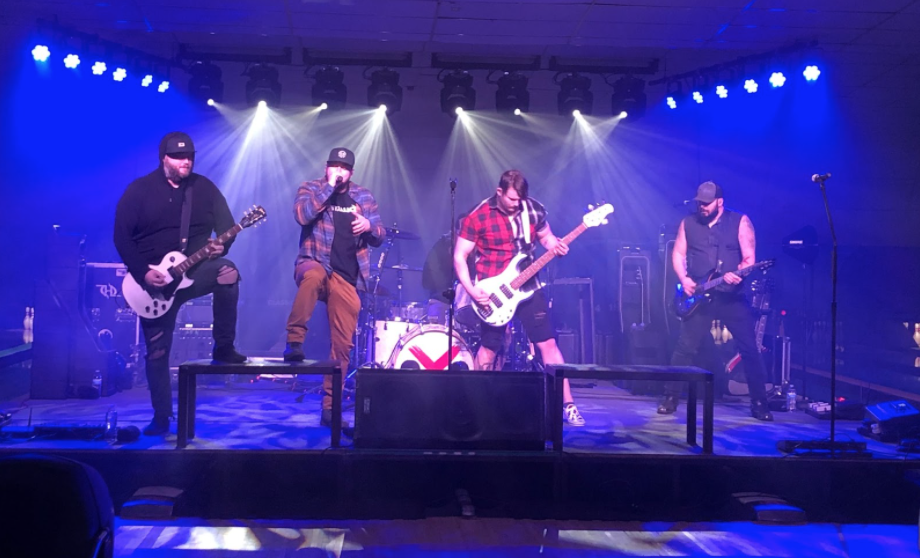 Silent Theory is a five piece metal band that opened for Kingdom Collapse on January 26th at 2454 West in Greeley. The signature scream-vocals of a hardcore band like Silent Theory were certainly not missing during their set, though the main vocalist was struggling to keep going after their full last week of shows. However, it didn’t stop patrons and staff from enjoying the technicality and skill Silent Theory put forth at our sister venue. 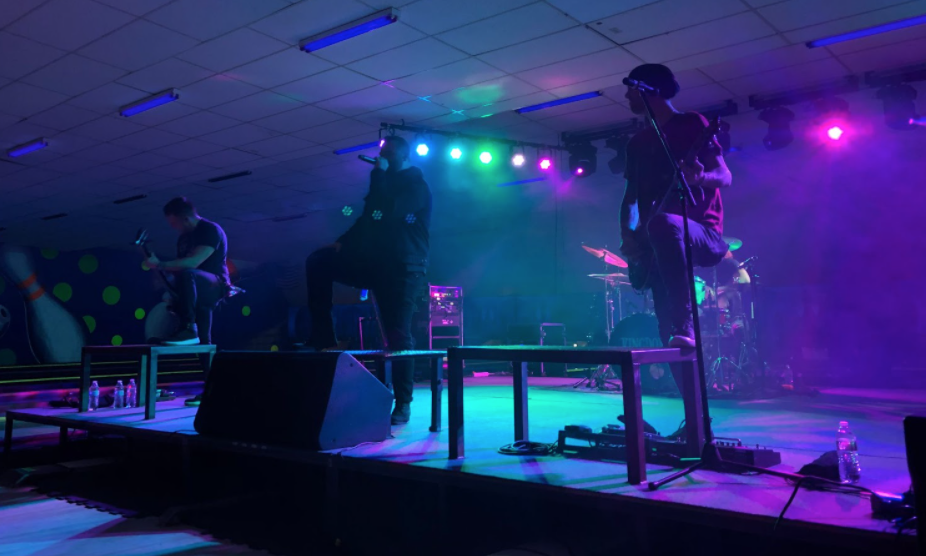 Kingdom Collapse is a powerhouse whose drummer’s talent is undeniable and unreal. Paired with their strong lead vocals, the loyal fans that flocked to 2454 West were overjoyed with the ripping lyrics and backlit stage that enhanced their haunted essence. With hints of the Emo genre laced in their lyrics and the punchy guitar and bass riffs, it was an explosion of angst that should be displayed every Wednesday in Greeley!

Indie Night ft. Mellowpunk and The Appropriate Show at 830 North 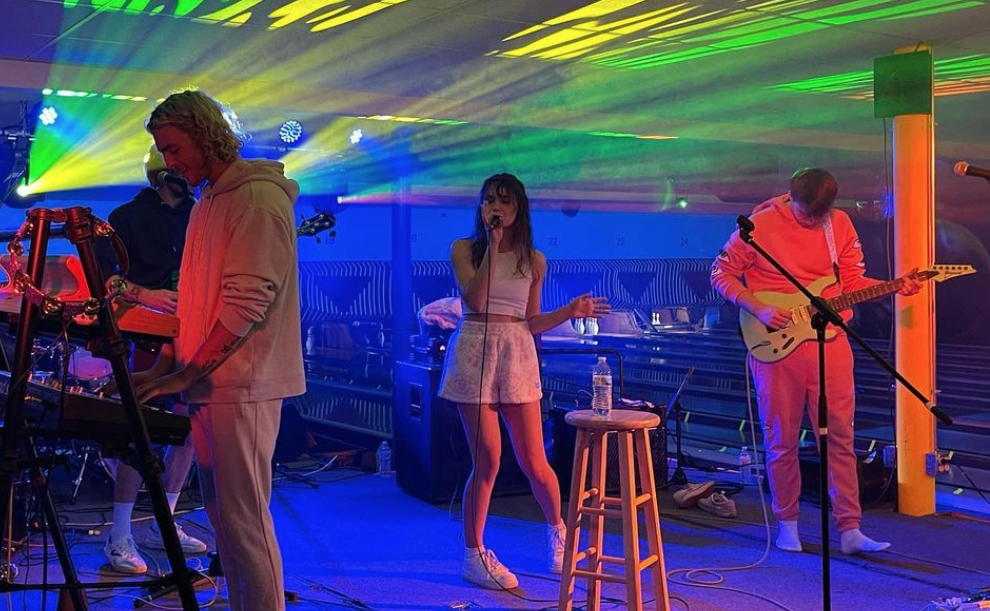 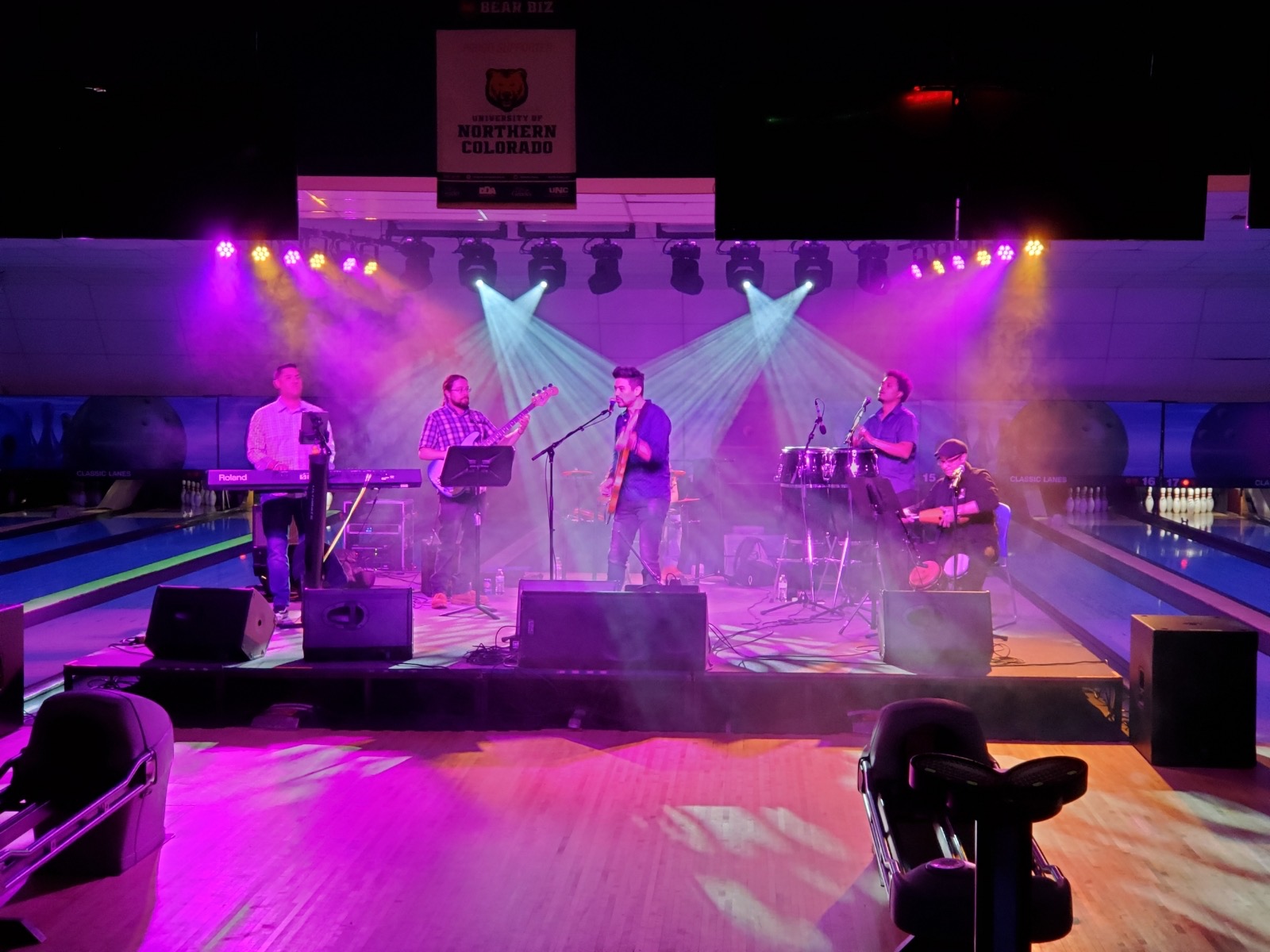 Manabi Tiny Ensemble joined us at 2454 West for a fun Saturday night filled with latin music. The group features six members led by Aquiles, who had recently played with his band “Aquiles” at 830 North!

Both sets of Manabi Tiny Ensemble featured latin-style covers of famous songs along with more traditional latin rock songs that got the crowd on their feet.The band had a lot of positive crowd interaction, even offering to teach folks different styles of dancing. The energy in the room was off the charts for the show and we all loved it! 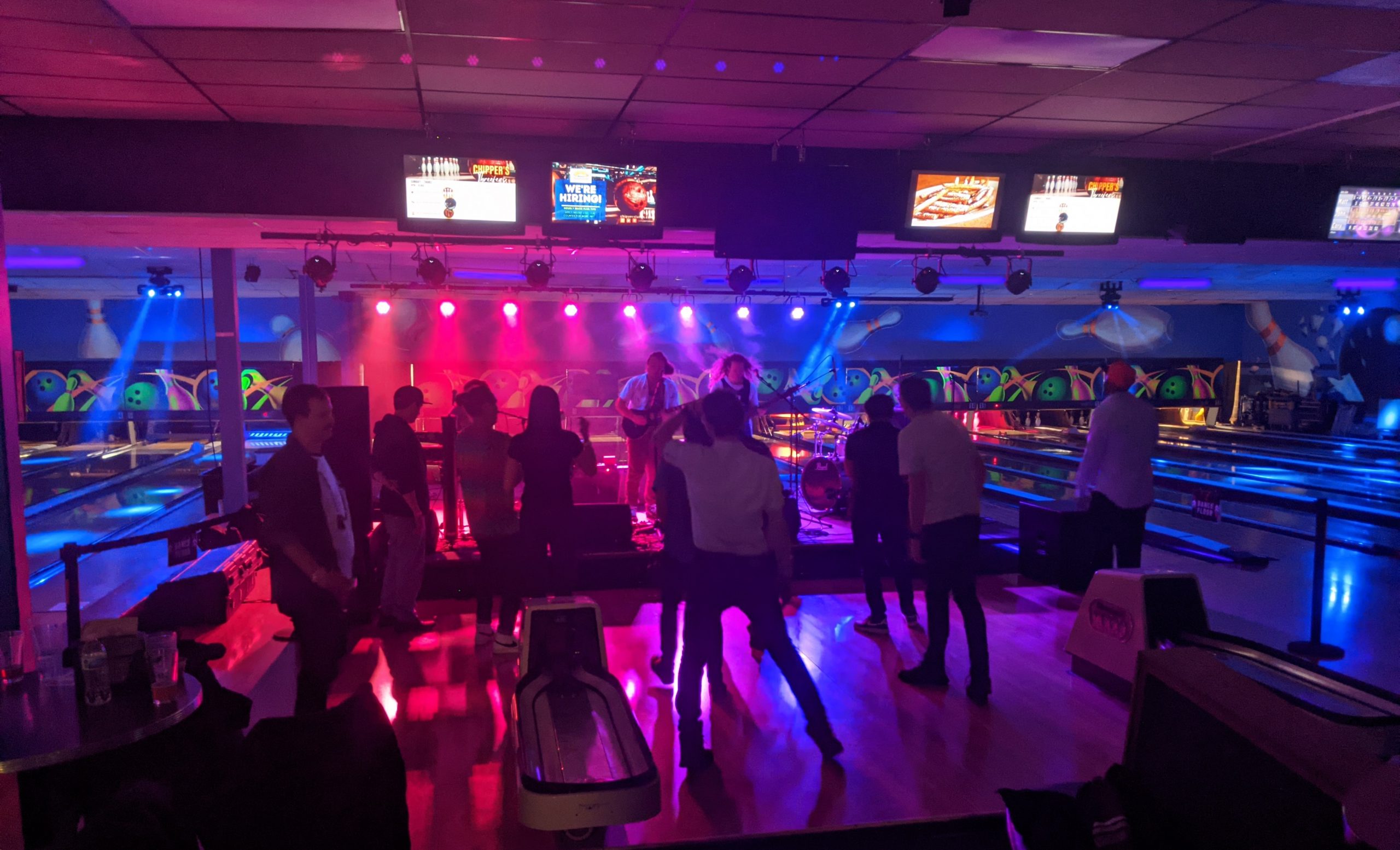 Live on the Lanes at 100 Nickel had their grand opening weekend! Saturday, January 22nd, RADO and Friendly Faces took the stage. The night was filled with melodic jams, soulful lyrics and smiles all around. Friendly Faces opened it up with spacey riffs that got the party started for RADO who packed the dance floor during their set! Patrons danced all night to their shreddy jams, getting lost in the melodies.