On Wednesday, June 23rd, Chippers was proud to host a special new side-project with Tim Carbone from Railroad Earth and his two talented friends in Fergusen, Carbone, and Peck. Before the trio, local favorites House with a Yard played a raucous set of high-energy bluegrass while fans stacked the lanes and got their strikes in. 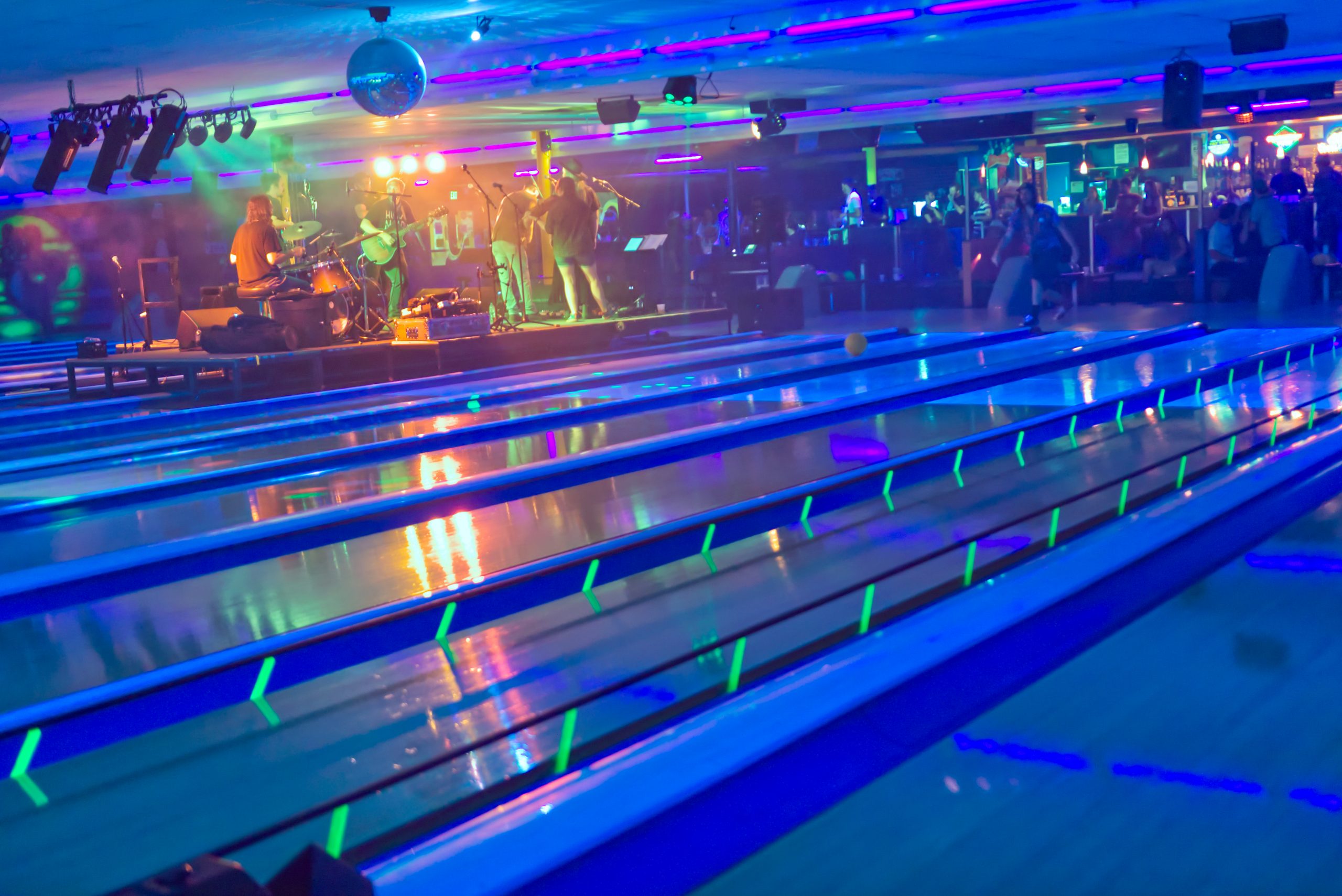 The headliners had decided ahead of time that their sound would be better delivered if we paused bowling for the set, which fans were prepared for. As the lanes started switching off, folks got their snacks and drinks and settled in on the couches or the floor in front of the stage for a cozy set. 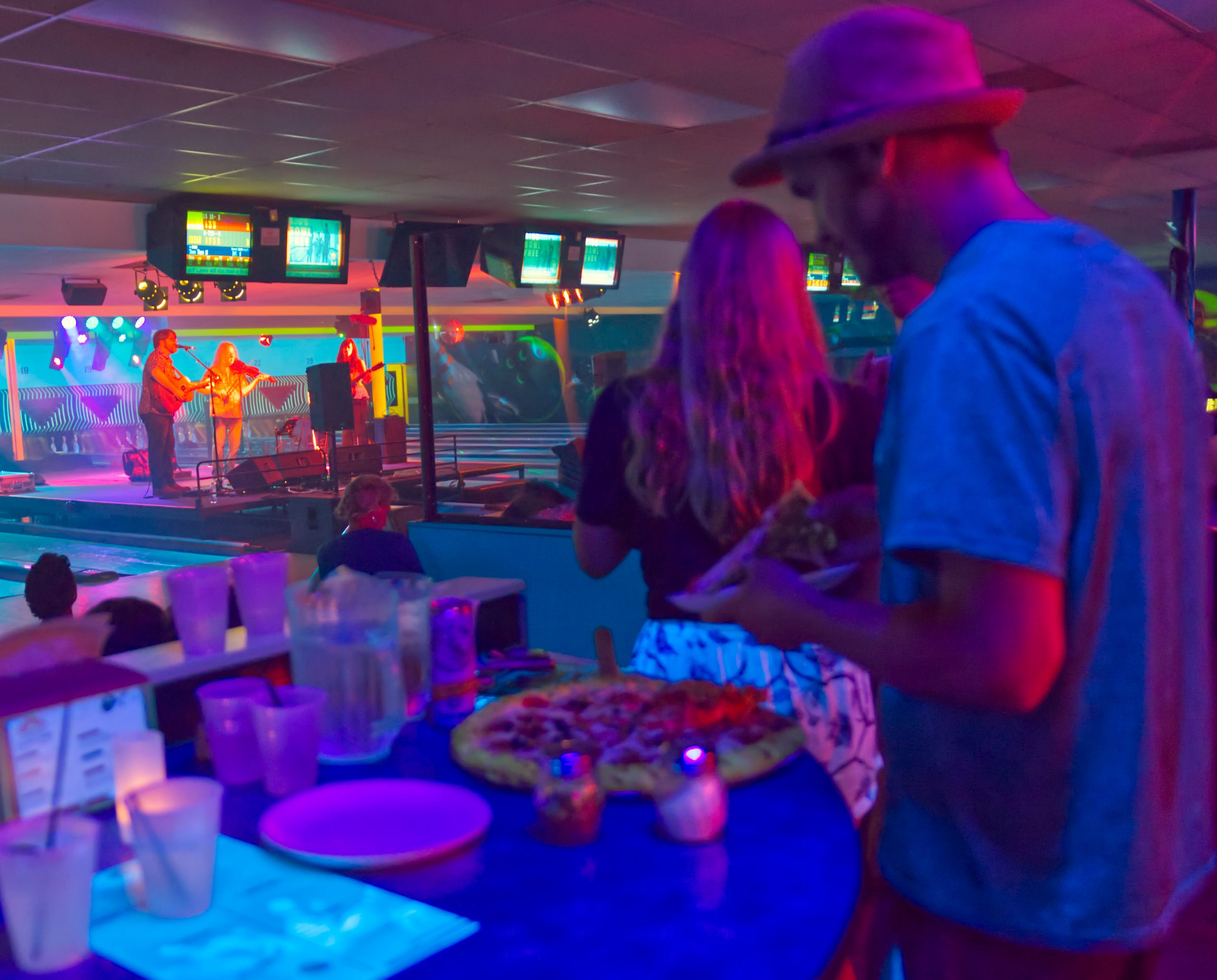 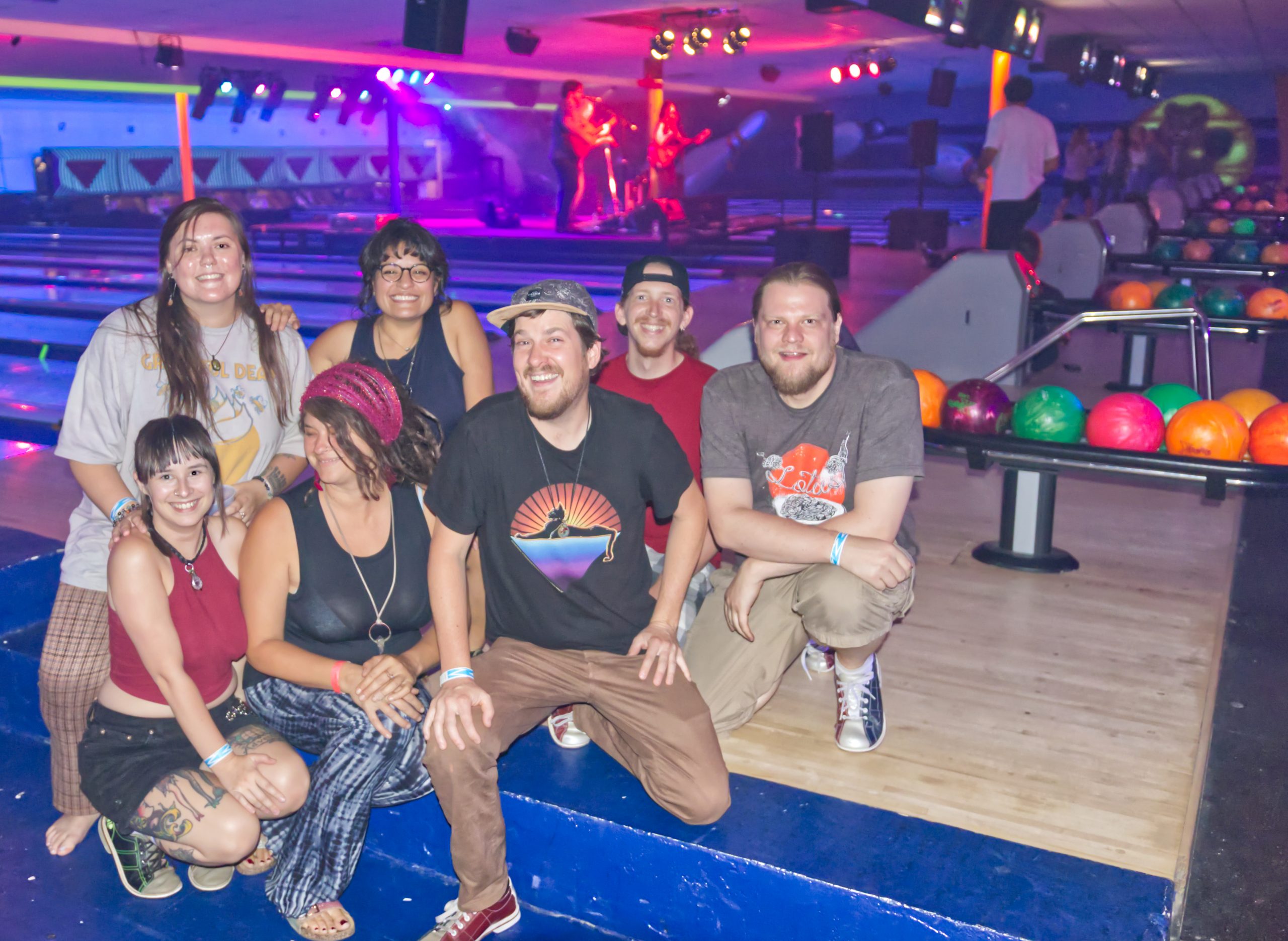 This acoustic trio played all originals on 2 guitars and a fiddle, creating a very loving and relaxed environment. Pat Fergusen sang most of the songs, with Elliot Peck taking lead on a few and harmonies on many. Carbone added delightful fiddle sounds on top that made each song extra special. 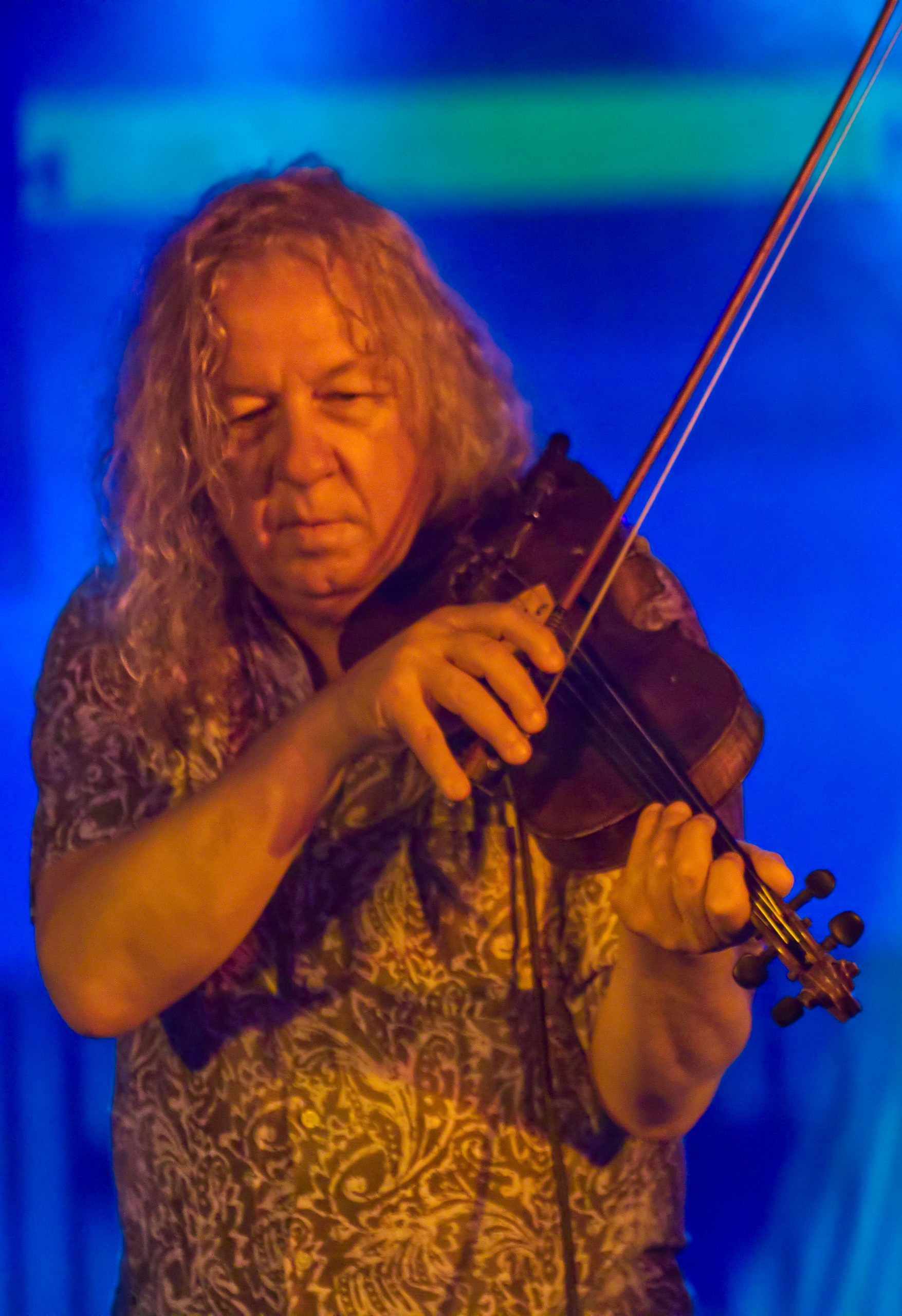 After the set, the balls started rolling again and the band came out to join the fans for a few rounds. For such a mellow show musically, the party vibe was still alive and well throughout and everyone seemed to enjoy the opportunity to bowl again after the music. And for their first show of this tour, the band said they had a blast playing with everyone! 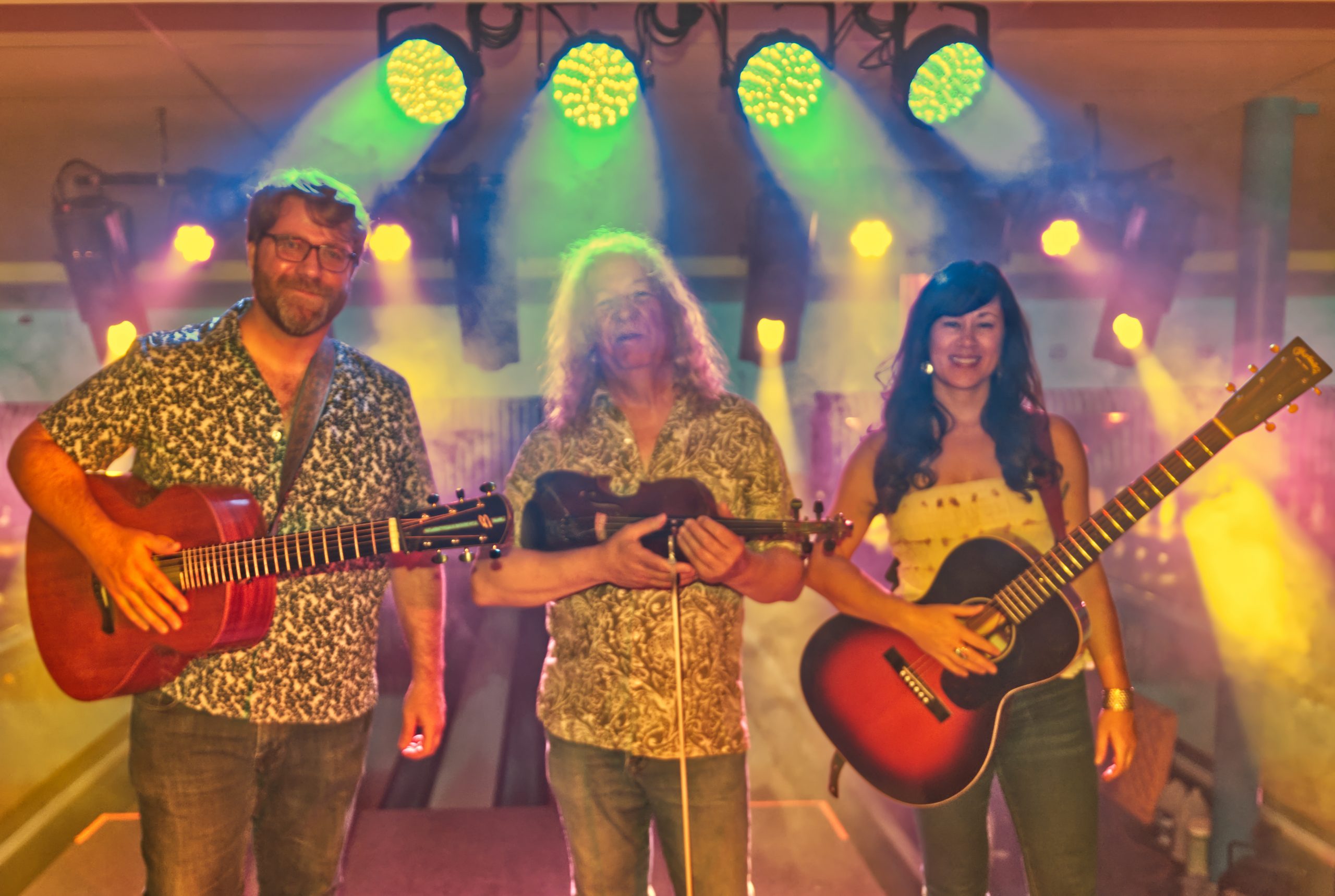