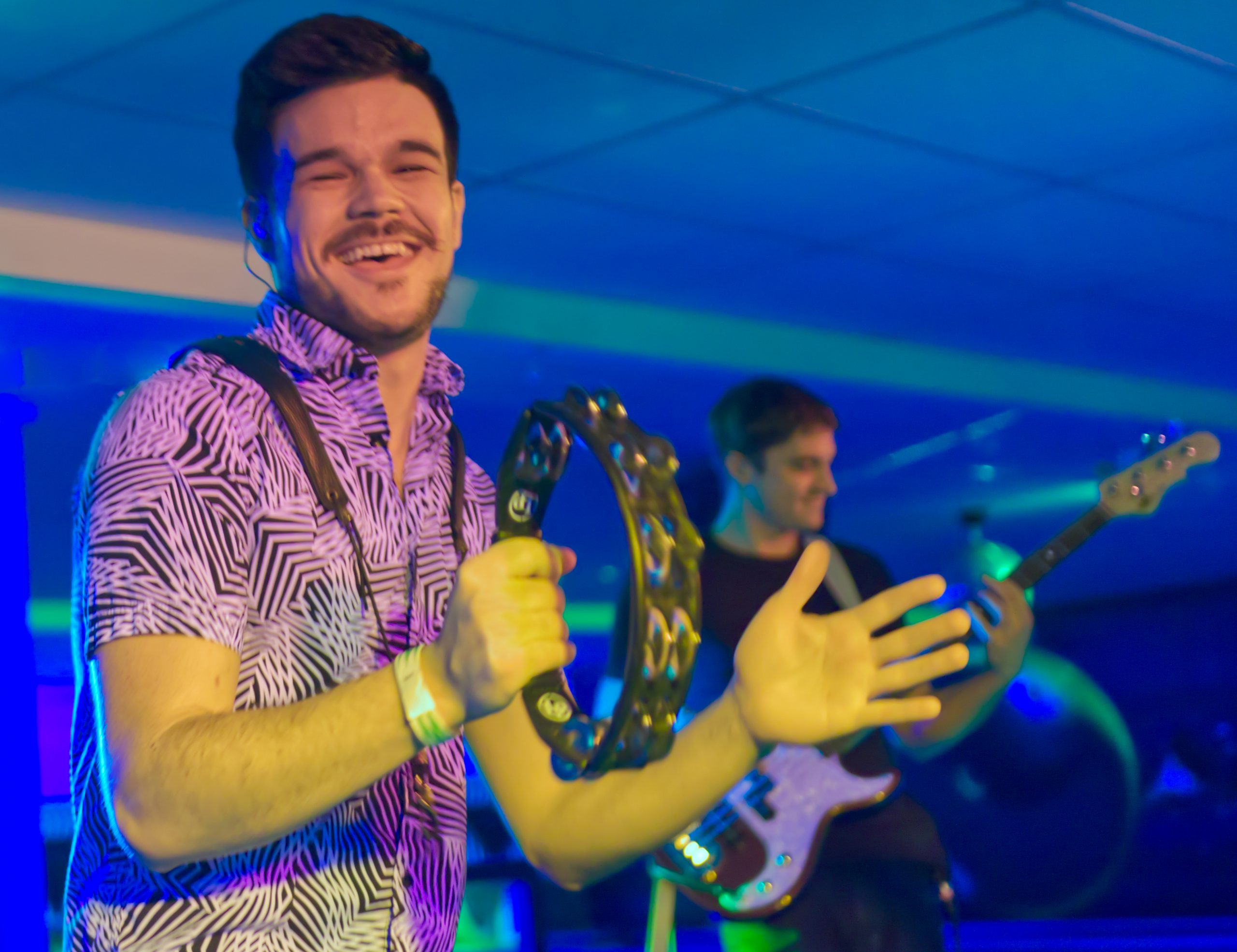 The happy, go-lucky Great Salmon Famine guys bring pure joy to their sets that is so infectious the crowd could not get enough of it. On April 3, Chipper’s North hosted this five-piece funk-jam band with a gleeful audience that was able to take their dancing (and bowling) shoes out for a spin. 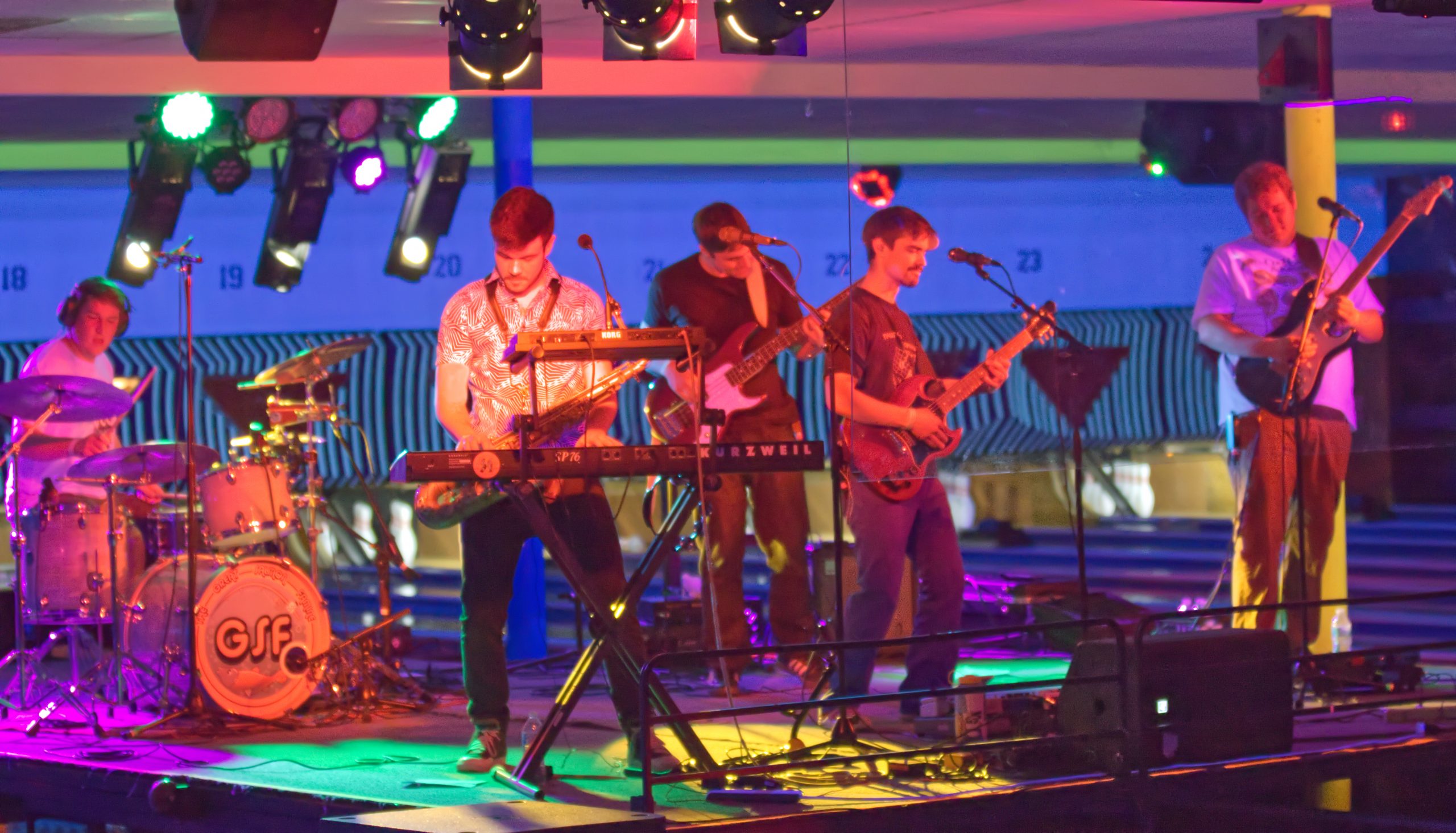 Besides being undeniably talented, the Great Salmon Famine never fails to showcase their personality and goofy sense of humor on stage. One moment they will be jamming along to one of their original songs and the next they are doing a funky, lively rendition of “Tequila” by the Champs. 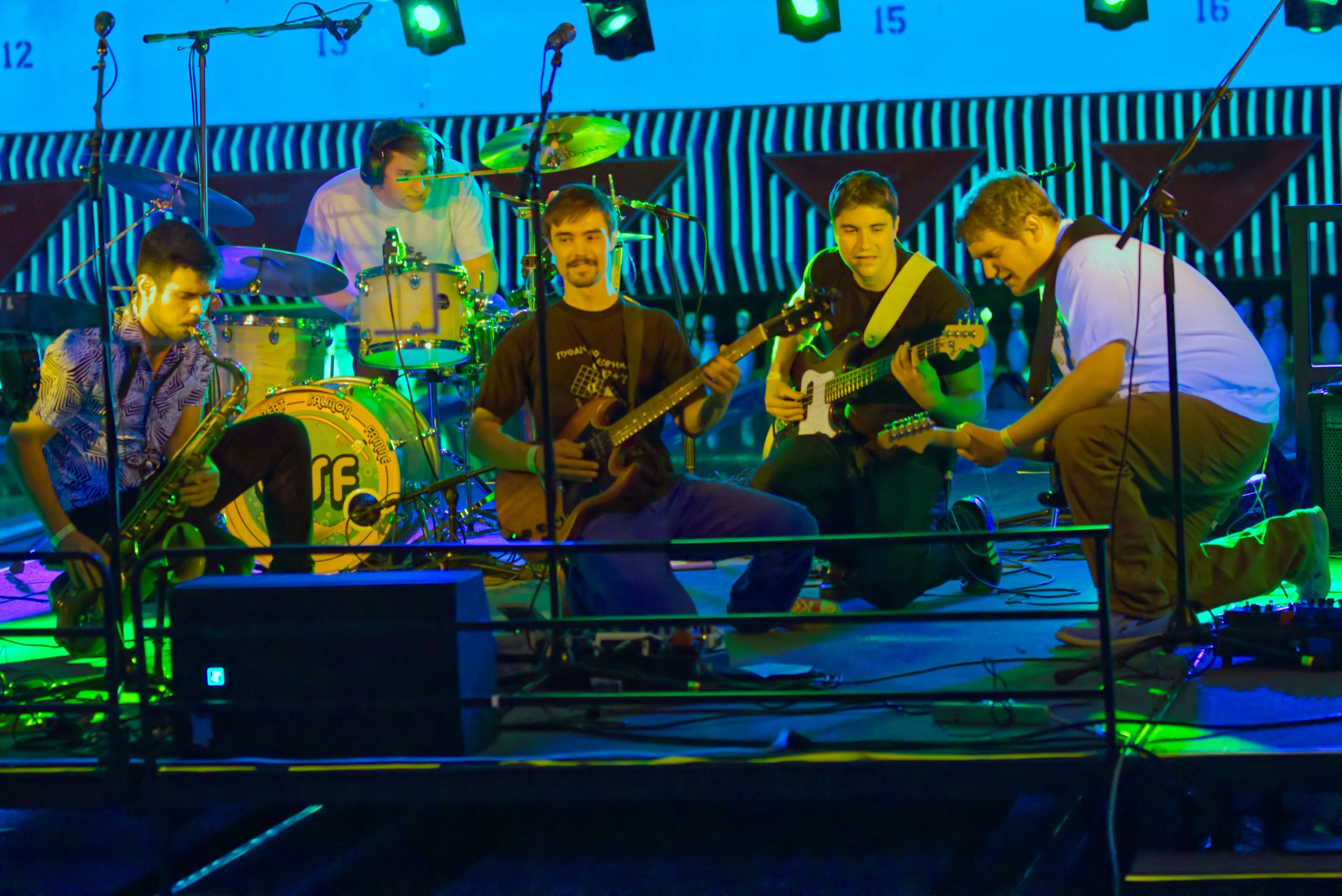 The Great Salmon Famine’s performance felt like a breath of fresh air after this last year and a half of waiting for live music to be resuscitated. It wasn’t just the Great Salmon Famine that provided a visceral, memorable experience for the concert attendees at Chipper’s this past April. 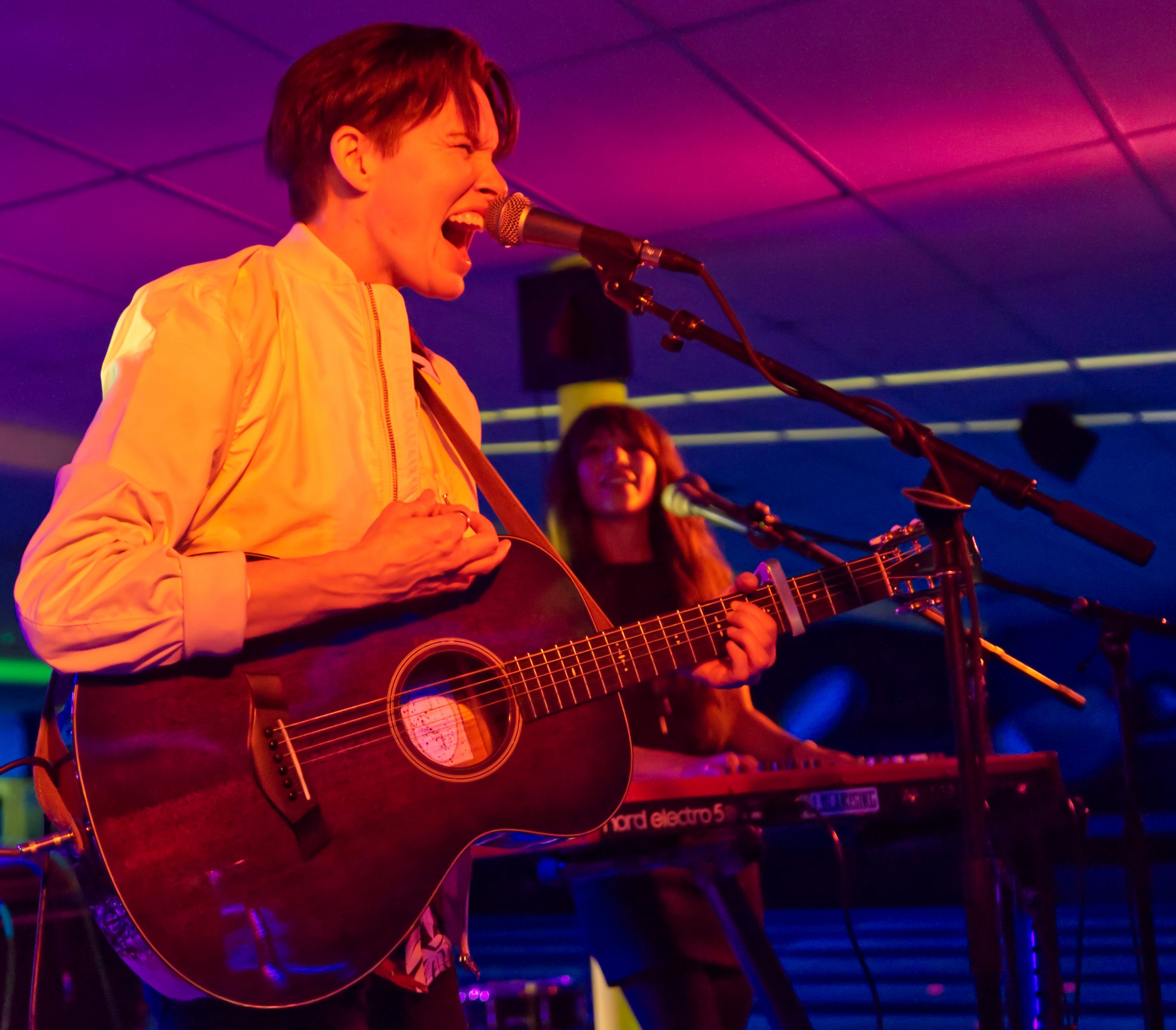 Sarah Slaton and her band opened up for Holdfast. on April 30 with an iconic indie, emo-pop sound that felt reminiscent of The Japanese House. Slaton’s soft, dreamy vocals paired with her catchy acoustic guitar, keys and light drums created a rainy day sound that was both comforting and made you want to get up and dance. 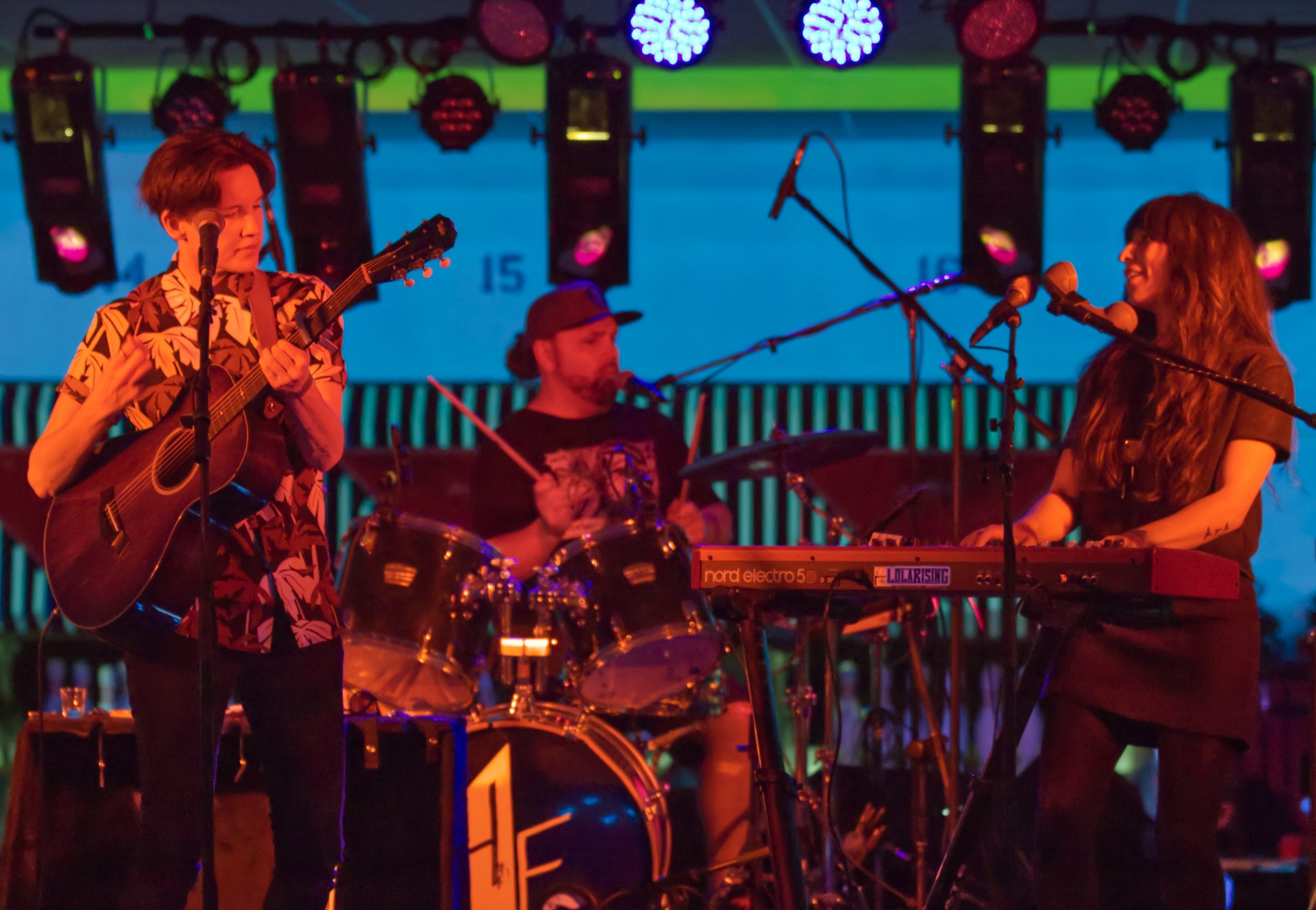 The show at Chipper’s was their first one played inside in a year and they were ecstatic to hear they had the opportunity to open for Holdfast. To sum up their performance in one word? Lovely. 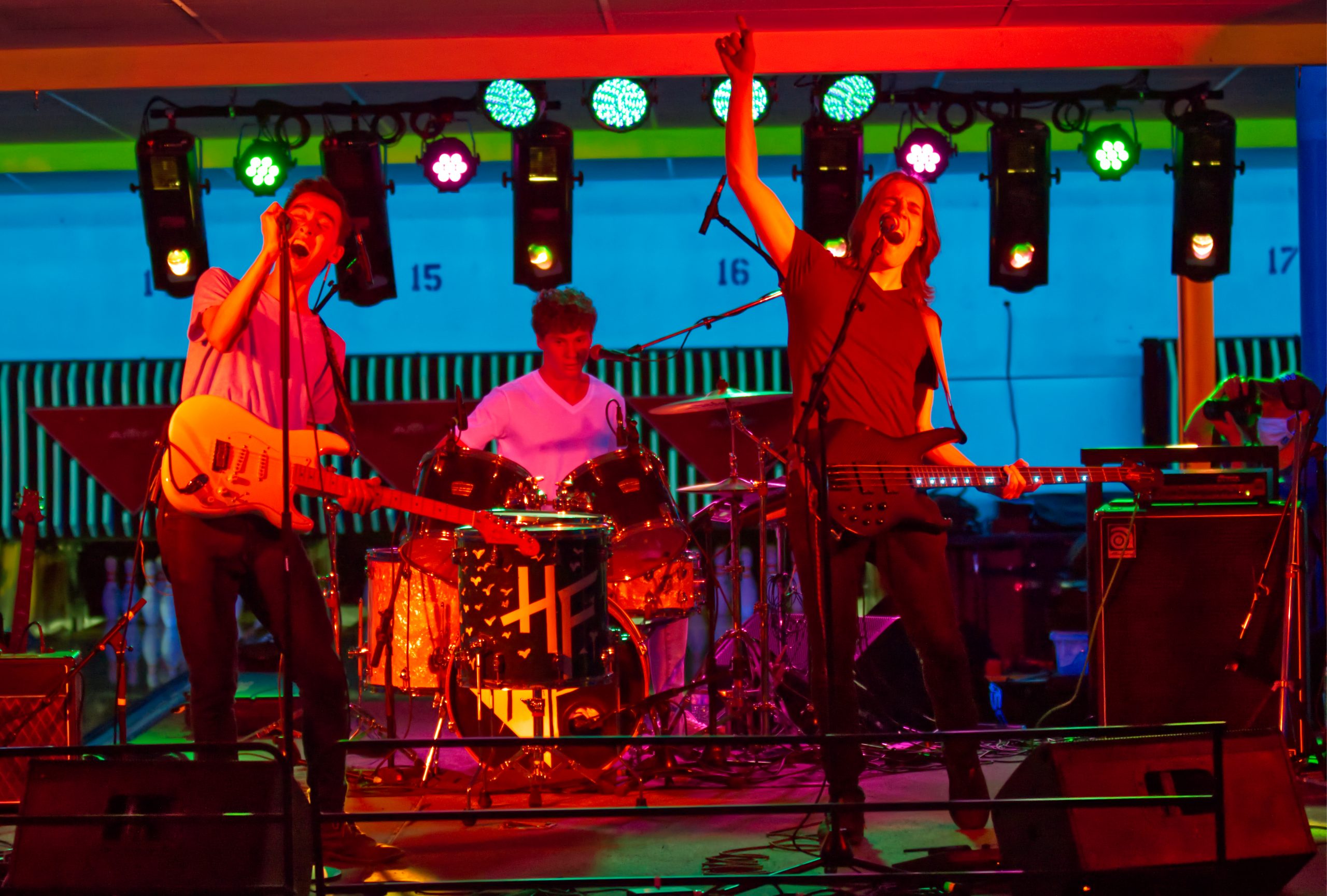 Slaton and her crew warmed up the stage for the ever-electric Holdfast. crew. The trio that makes up Holdfast., Charlie, Mikey and Tommy, started their set with songs “Hard to Blame” and “I’ll Be Waiting For It.” This past January, Holdfast. released a new album called Stay and Fight that builds upon their previous singles in a cleanly produced pop rock album that showcases their unquestionable talents. 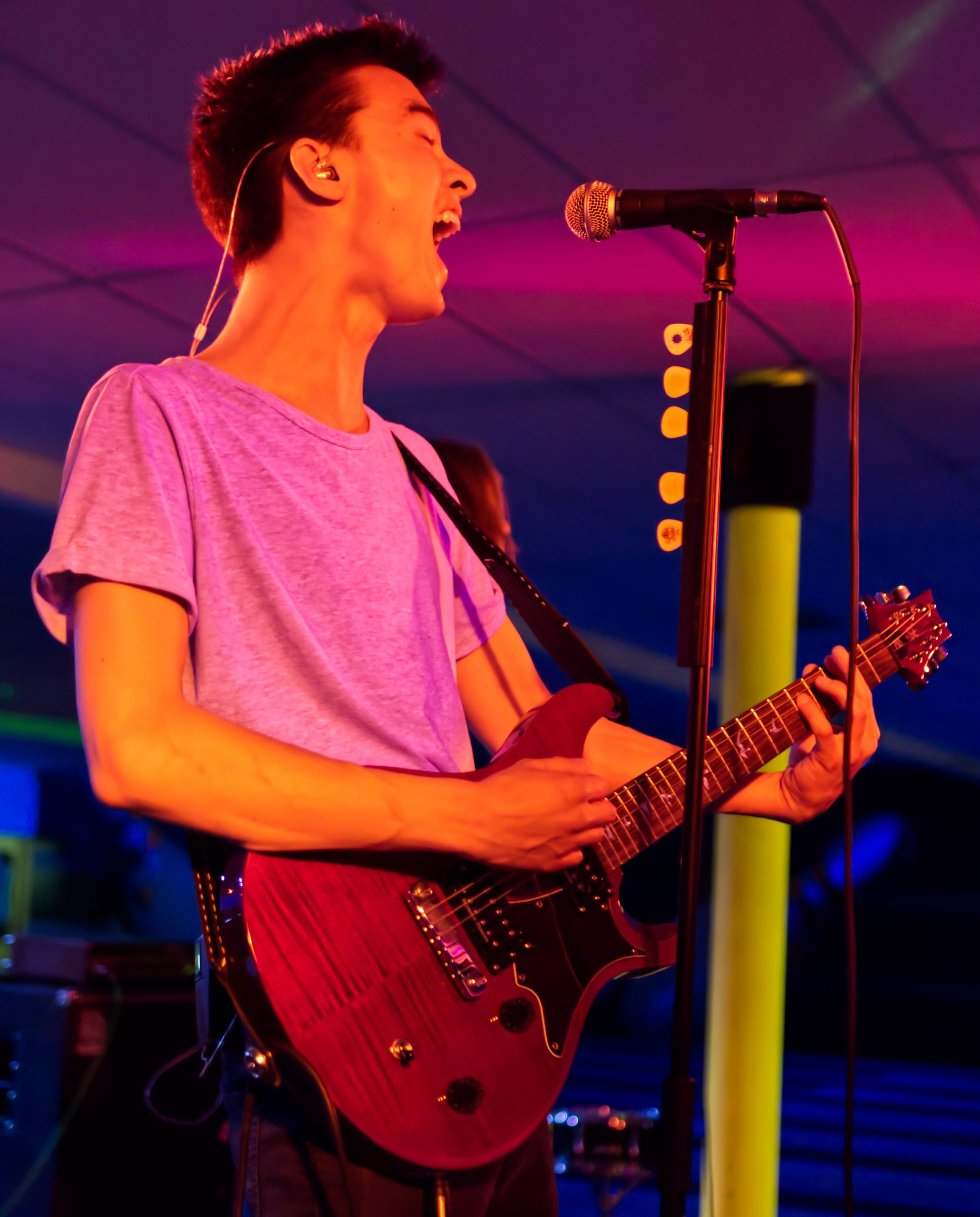 Lead singer, Charlie Maddocks has vocals that are rich in tone and surprising in range that helps push their catchy lyrics to the forefront. With a solid foundation, their performances are never short of exceptional. With ease, the trio of brothers got the entire bowling alley to bowl at the same time (and to their surprise, hit all the pins at the drop in that particular song). 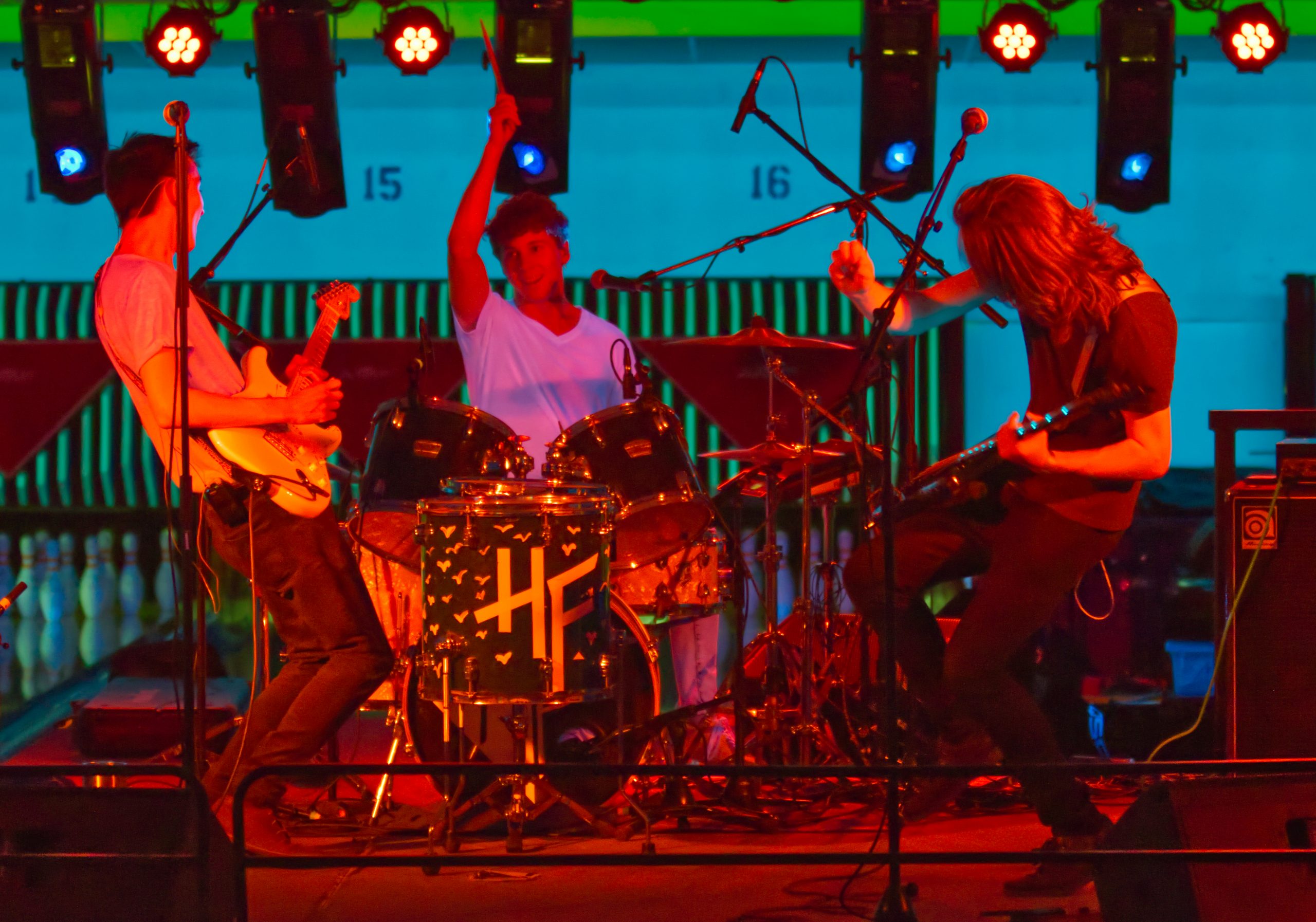 A Holdfast. performance is never complete without a drum breakdown from Charlie and drummer, Tommy as they switch places on stage and simultaneously break down the beat. It’s easily a show-stopper that wows the crowd whether made up of first-timers or for those familiar with the Maddocks brother’s discography. 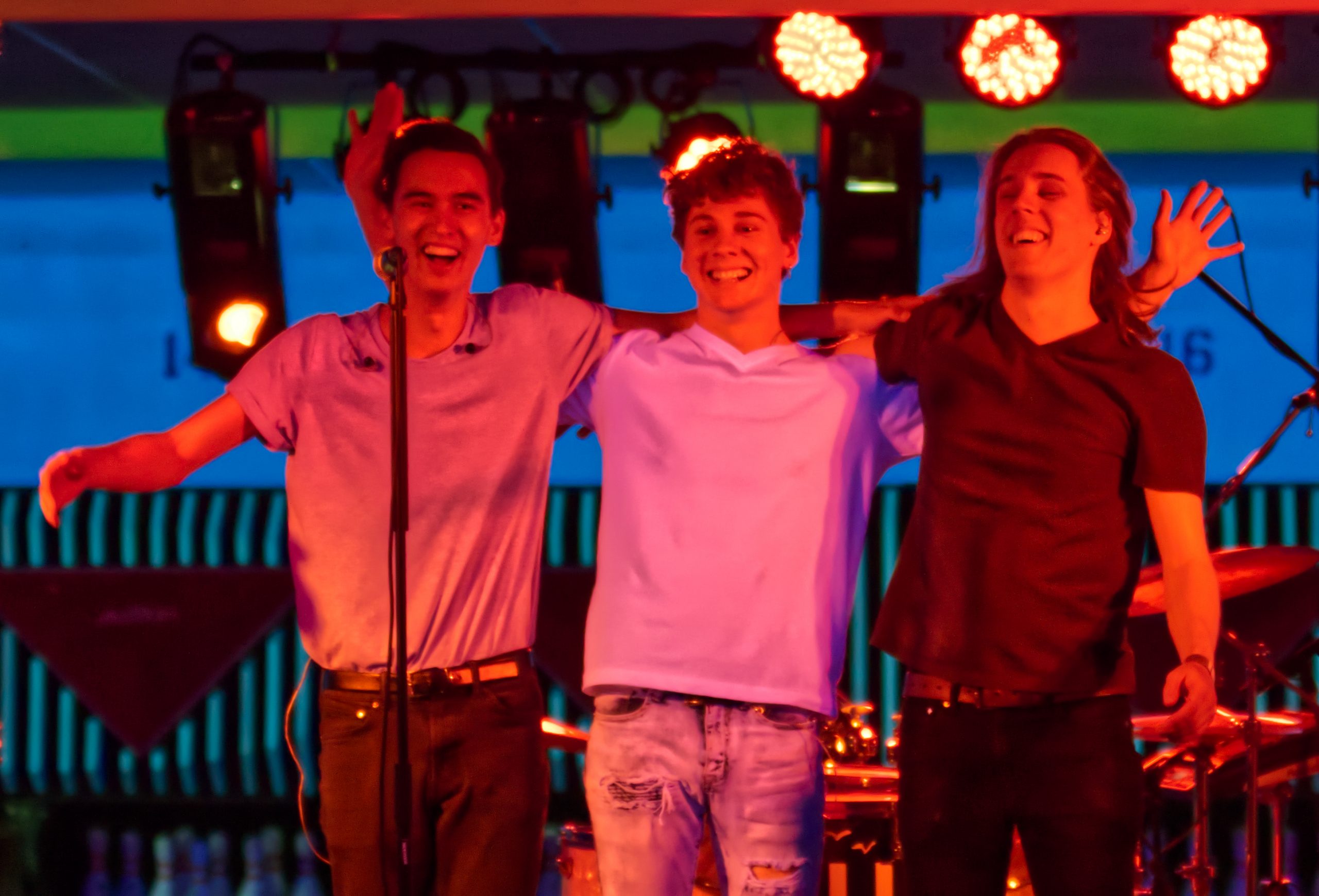 The concert goers at Chipper’s loudly applauded the charismatic and serotonin-inducing show that the Maddocks put on. April was just another one for the books at Chipper’s North College Center.

For more local shows like these ones, check out upcoming shows at Chipper’s Lanes at TheMishawaka.com!