Our Live on the Lanes shows were kicked off last month in September with some serious upgrades. From new speakers and equipment to the utilization of Mish staff, the indoor bowling alley is looking more like a killer concert venue with every show.

Social distancing is imperative especially for indoor shows, so plexiglass is placed in front of the stage to protect the audience and band members alike. Just like the Mishawaka, drinks and food are served at the tables (or lanes) so friends and family can enjoy the show from the comfort of their seats.

We have an indoor sports arena ventilation system capable of over 14,000 Cubic Feet of fresh air per minute. This along with vigorous sanitation makes Chipper’s the safest indoor activity location in town!

Pipin’ Hot was our first show on September 11, with a full band playing plenty of jams and great covers. People who purchased lanes were able to enjoy a show and bowl with friends while the band played for two one-hour sets. 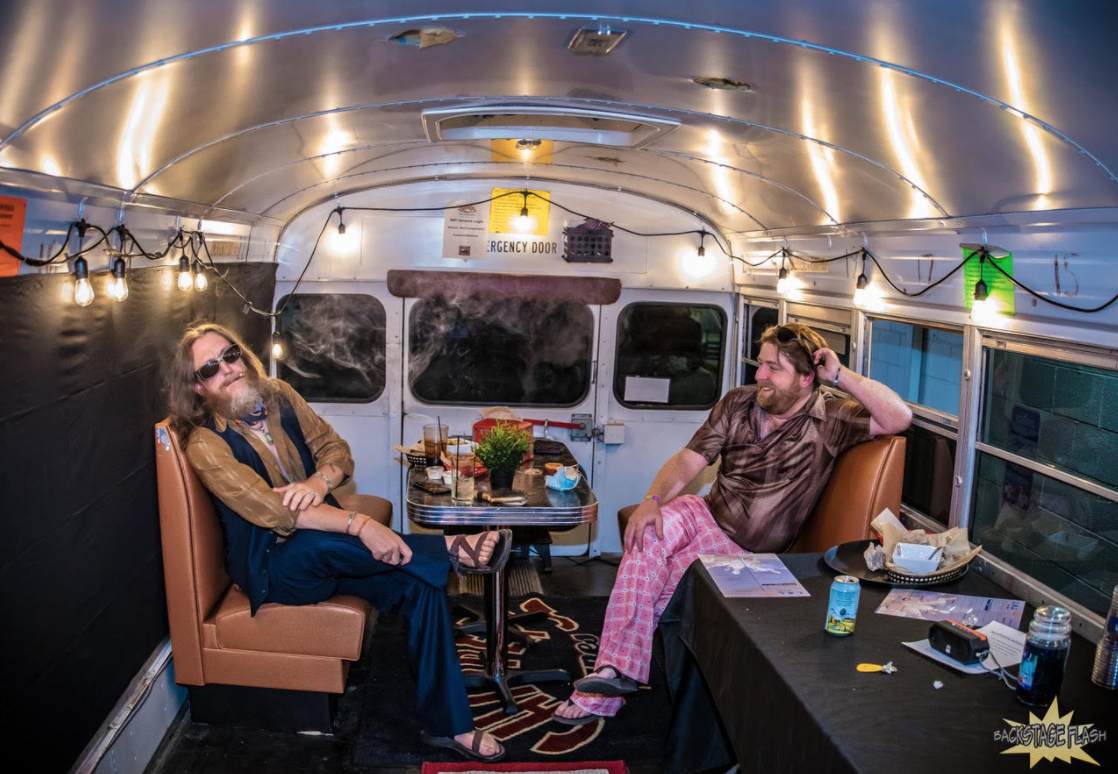 On September 26, we had Ginger Whale. The Ginger duo was back in action with banter galore. They played plenty of cover songs and enjoyed the new amenities Chipper’s has to offer. Chipper’s has a renovated school bus as a greenroom complete with lights, couches, a mini-fridge, and a fake fireplace space heater for those chilly nights.

Catch an upcoming show before all the lanes are gone. October holds some of Colorado’s best with Tenth Mountain Divison, Dave Watts and Friends, VIVIAN, with more to come!