While the beginning of September brought cool and crisp nights, the Mish was warmed by the tropical island tunes of Jimmy Cliff and his impressive supporting instrumentalists. The vibes were chill, the mood was peaceful, and the air was filled with a haze of funny smelling smoke.

The evening started with a performance from Policulture, a Boulder-based reggae group. While they weren’t from the Caribbean, the group still provided savory island jams with smooth vibes and easy-rocking beats. These jams were more than enough to get the crowd grooving and sufficiently warmed up for the next acts.

Following the local boys was Dwight Richards, a long time band mate of Jimmy Cliff, along with his supporting cast. Richards is an established vocalist, but more strikingly, he is a phenomenal trumpet player. Something about his simple, yet elegant melodies exudes feelings of relaxation and pure joy. The timbre and vibrato displayed on his drawn-out notes, along with his attention to execution, would make even Louis Armstrong nod along to the beat. 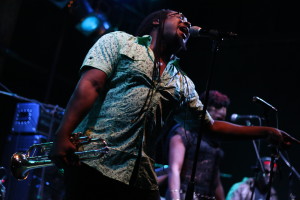 After the tropical trumpeter displayed his chops, it was time for the living legend himself. Jimmy Cliff took the stage to an array of cheers and applause of the Mish-ites. The set started with Cliff rocking the hand drum, accompanied by his full band of percussionists, brass players, and rhythm keepers. That was well and good, but by far the best part of the show came during a short break in between songs.

Naturally, the crowd went crazy, as this might be one of the best Disney movies ever produced. (It was a true story, John Candy was in it, what’s not to love?) This question lead to a transition into “I Can See Clearly Now”, one of the greatest songs in the greatest movies ever, and Cliff’s most popular track. 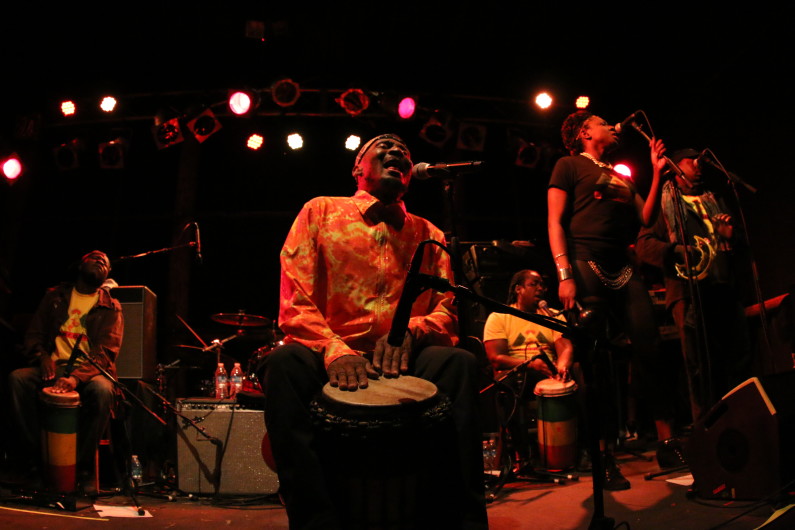 Shortly after this, Jimmy performed his own reggae rendition of “I Just Can’t Wait to be King” from The Lion King. The rendition was incredible, but if he had played any more Disney songs, we probably would’ve had to pay royalties.

To wrap up the show, Jimmy and company played their song “One More”, which was an appropriate end to a fantastic night. The crowd was so into the grooves, that they kept singing along when the musicians left the stage. “One more, one more” the crowd chanted, in hopes that Cliff would grace them with an encore. Cliff did return briefly to satisfy the crowd frenzy, and finished up the last chorus of the song. Overall, it was an incredible performance by all the artists, and left me with the strongest contact high I’ve ever had. Thanks to everyone for showing up to jam along with the only reggae show of the Mish 2015 season! 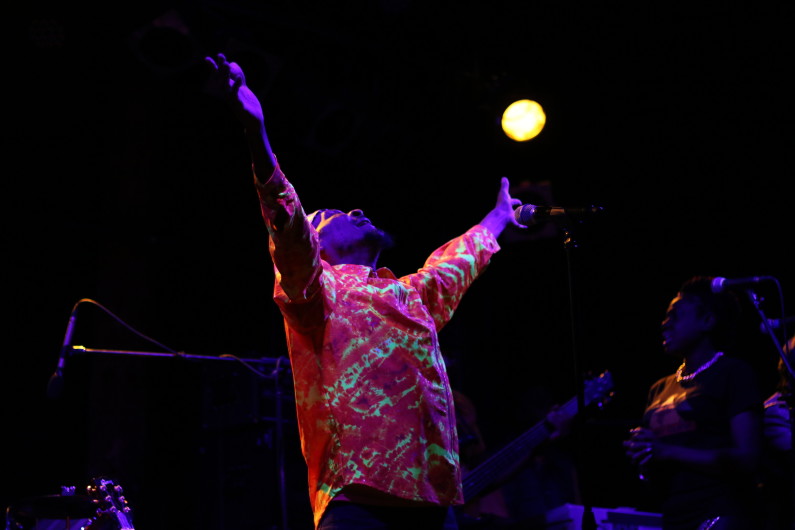