It’s hard to say if it was the indescribable allure of the Mish, or the enchanting music of James McMurtry’s guitar that made Thursday’s concert so spectacular.

Either way, it’s safe to say that the James McMurtry concert, here at the Mishawaka Amphitheatre, was nothing short of magical. 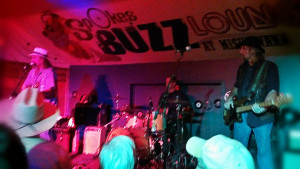 In a highly anticipated event, fans began filling the venue nearly three hours before show start. To pass the time, customers dined on Mishawaka’s outdoor patio, took walks along the riverbank, and drank and conversed in the yard. It was if, for just an evening, people had no place to be and nothing else to do, besides enjoy and get caught up in the beauty which surrounded them. 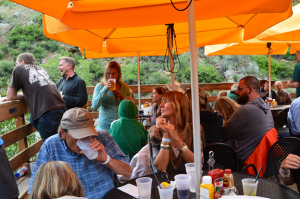 The excitement and ease of the atmosphere was almost unshakable.

That’s what the Mish does to people, though. It has a way of taking you away…away from the worries and stresses of your day, away from the constraints that dictate your schedule, and bringing you to a place of solitude and bliss. 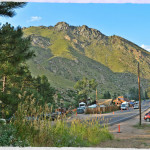 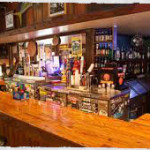 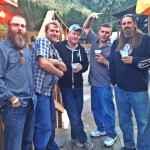 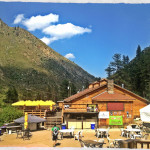 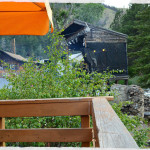 McMurtry seems to do the same with his music. He has a way of getting to the heart of the issues which plague most people. McMurtry’s music goes far beyond your average pop song. Tinted with 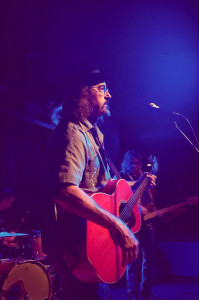 realism, McMurtry’s songs seem to go against those that come out of Nashville today—songs that are vibrant with nostalgia for events that didn’t happen and cinematically amp up the people we were and things we did. Instead, his songs get at the hard-hitting realities of life; songs about real people, real events and the real problems we all face, yet the real hope which we all have to hold on to.

Unlike most of Mishawaka’s outdoor summer concerts, McMurtry’s performance took place indoors- in our SpokesBUZZ lounge.   Fans were initially upset and confused to hear that the concert would be inside—especially when the weather outside was so nice! (A rarity for our riverside venue).  However, when McMurtry took the stage and began to play, it became clear why he requested a smaller more intimate setting for his performance.

As McMurtry strummed the strings of his guitar, and band members Daren Hess(drums), and Ronnie Johnson (harmony vocals/bass) accompanied him with 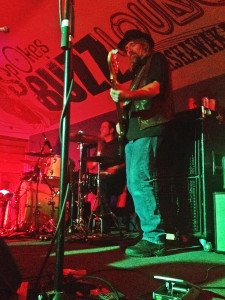 complimentary instrumentals, the crowd swayed to the spellbinding music which radiated throughout the entire venue.

Mishawaka’s small and cozy concert lounge provided the perfect setting for fans to enjoy the full experience of the one-of-a-kind performance that only James McMurtry, himself, can create. Fans gathered closely around the stage as McMurtry played some of his infamous classics; such as, “Lights of Cheyenne,” “Just Us Kids,” “Choctaw Bingo” and more.

It’s hard to articulate what’s unique about his songs, but you know them the instant you hear them.

That’s kind of the way one could describe the entire night…indescribable.

There are no words to really capture the essence of the evening. From the beauty and simplicity that the Mish embodies to the poignant and enlivening music of McMurtry’s guitar, the night was surely one to remember. 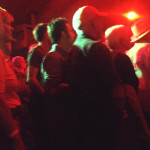 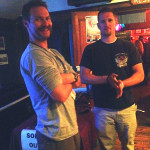 At the end of the show, as concert-goers exited the cozy concert lounge, conversations were filled with statements such as:

“That’s the best concert I’ve ever been to, “

James McMurtry put on a powerful performance here at the Mishawaka Ampitheatre. His music rang throughout the canyon walls…and, it rang somewhere deep within the soul of every person present for this magnificent performance.