I had seen big horn rams a couple of times this summer at the Mish, but nothing quite like last Friday. Shortly after Nahko finished his sound check, four rams crept down from their rocky perch on the hill behind the stage. They slowly made their way down to the river, ending up right across from the backstage deck. 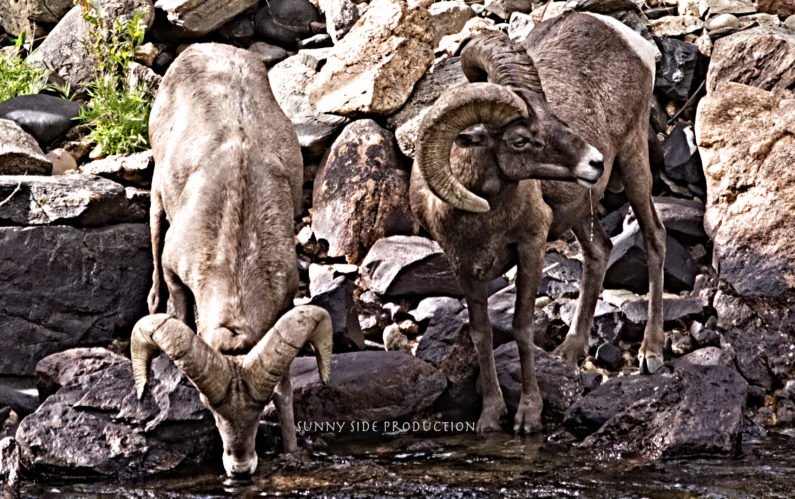 This doesn’t happen often, and pretty much the whole band and production crew stopped and shared a moment with these peaceful creatures. This was the closest I had personally been to a ram outside of a zoo, it made the day that much more magical. 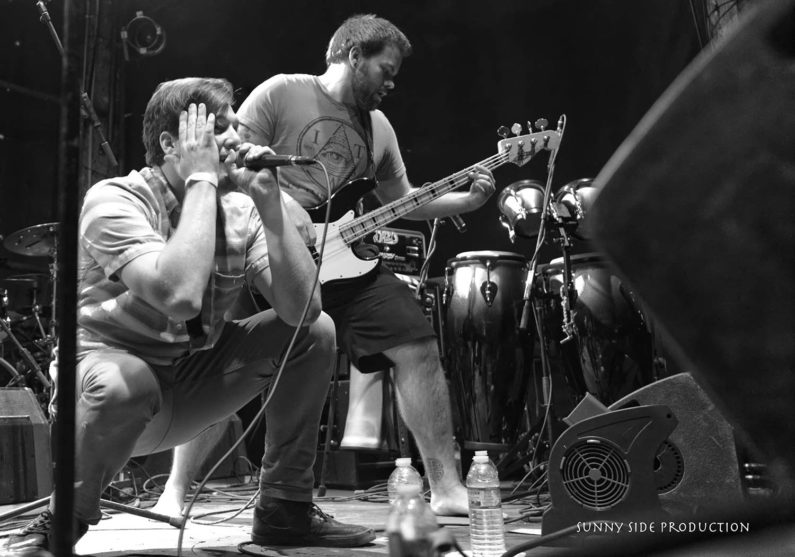 Write Minded started the night with an incredible amount of energy. Jarod, the bassist, got it. He didn’t spend a minute standing still, whipping his blue head around the entire show. The band as a whole carried an enormous amount of energy with them in their set. They even had one of our own empoyees: Big John, up on stage to play with them, another first for me this summer. It was awesome seeing someone from the Mish fam hop up on stage with a band. 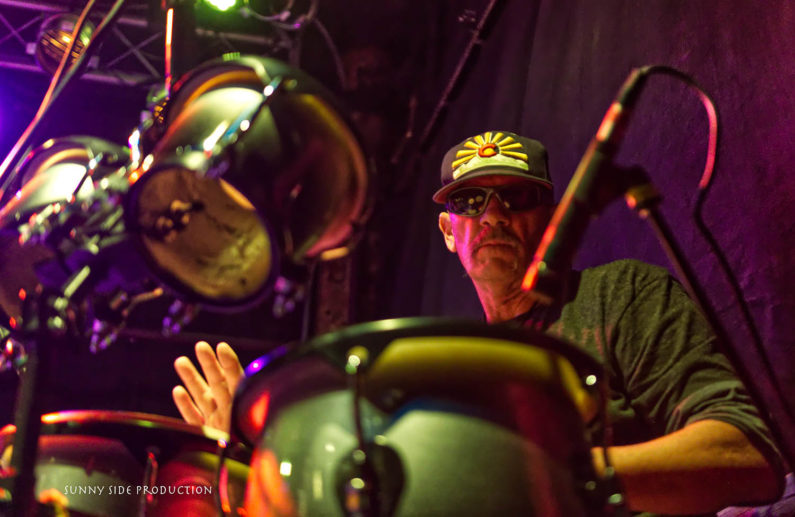 Big John on the Congos!

Xiuhtezcatl (pronounced Shoe-Tez-Caht) was simply wicked- they gave some pretty great hip-hop on top of a fiddle. Xiuh and crew are a little extra amazing, with the whole band being under 20 years old. His lyrics were charged with environmentalism and an overall call for revolution, reminiscent of his incredibly powerful speech before the UN. 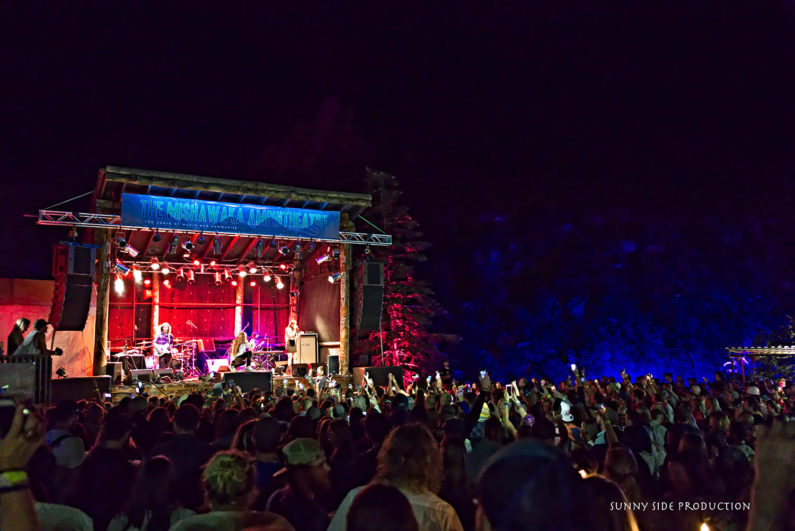 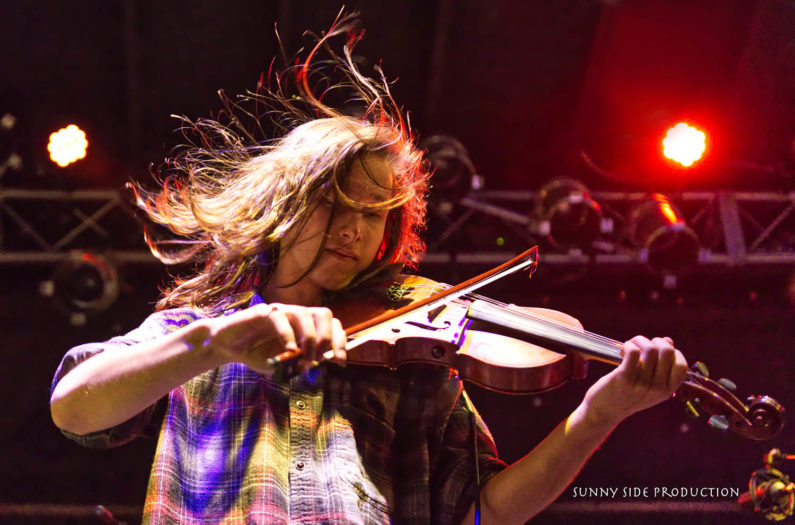 Xiuh told us about how his drummer had a broken rib from wrestling with Nahko and other band members, but still put on a wicked good show. Nobody would have noticed his injury otherwise, proving how driven these young musicians are. He even brought Nahko out to sing a song with him and his crew. 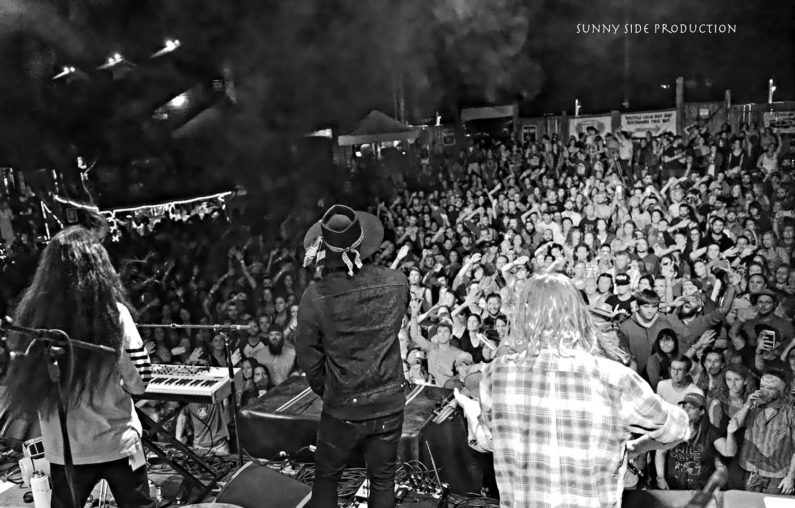 Nahko and his band of medicine givers put on an astonishing performance. They regularly had the crowd chanting and even got most the venue to put their lighters up. Nahko got close with this crowd, he spent about two songs in the actual crowd. 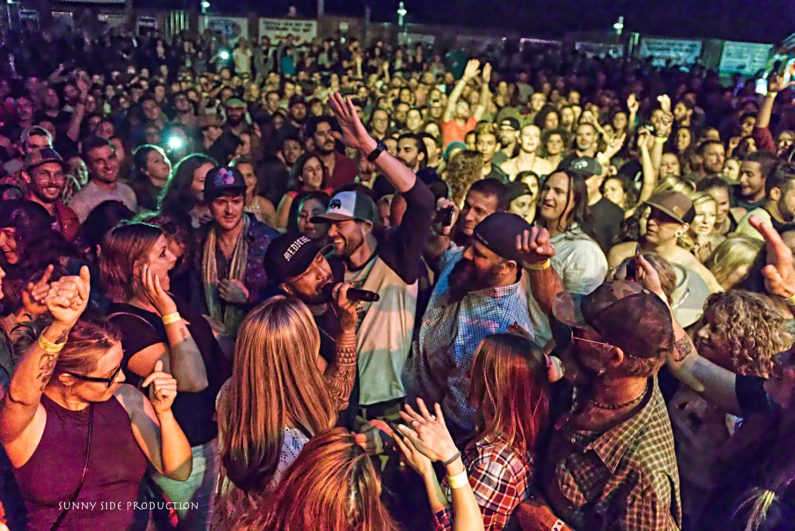 It was hard to even find Nahko amongst that sea of people. They then returned the favor and had Xiuh and his little brother come on stage and rap and dance, bringing out an astonishing amount of energy and getting the whole crowd moving.

Xiuh’s little brother had some funky fresh moves, and Xiuh paired well with Nahko’s sound. Nahko’s violinist also gave an incredible solo, one of the better ones I had ever seen. The man can shred a fiddle. Watch the highlight video at the end of the blog! 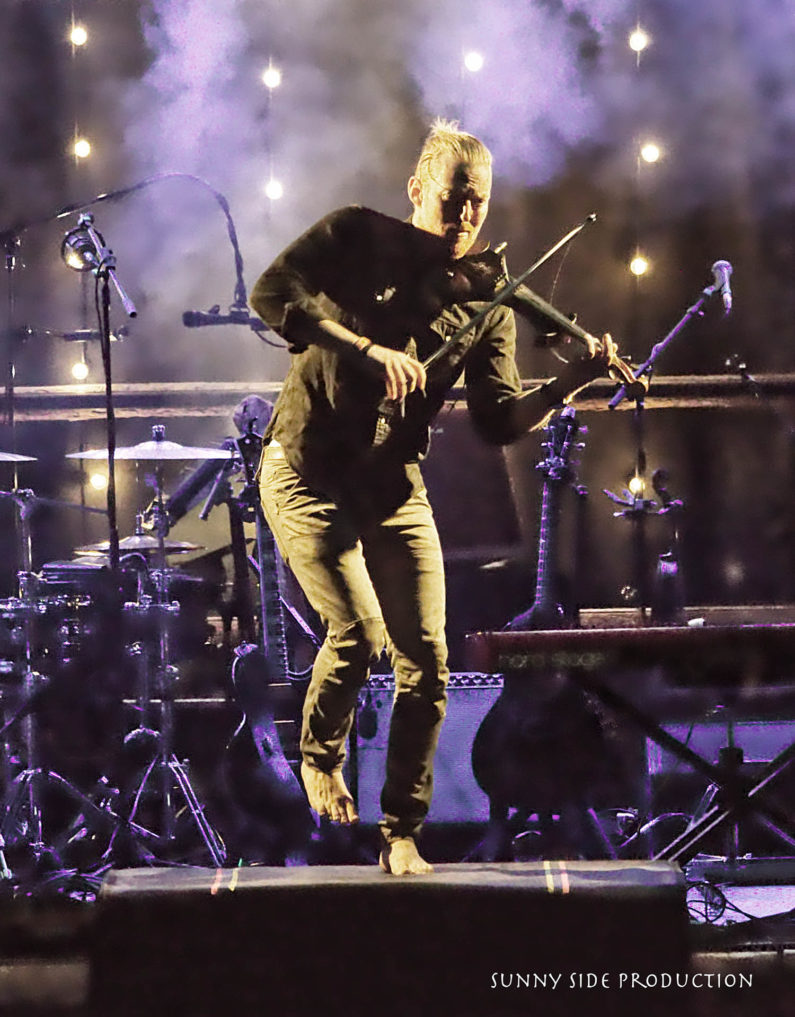 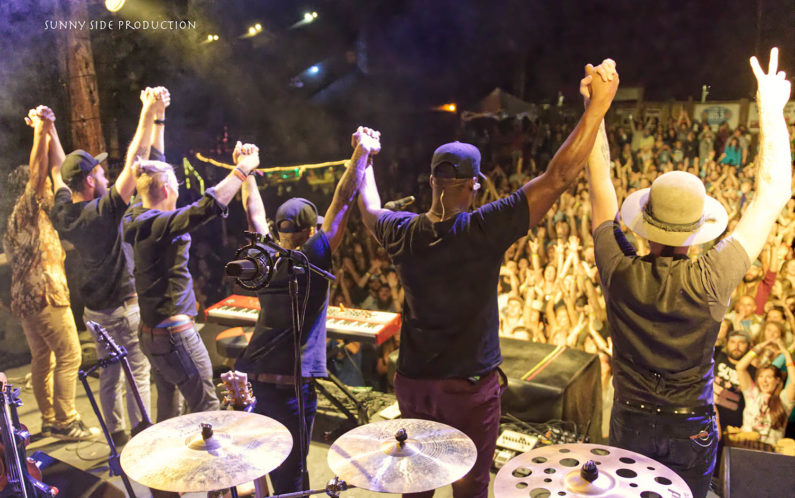 Thank you Nahko and Medicine for the People

Chack out the full gallery at: Sunny Side Production

Nahko and Medicine for the People singing “Peace in America”