What a weekend the Mish saw! On July 20th not only was the beautiful canyon blessed with the presence of jam band super stars like Dave Scools (of Widespread Panic) and energetic front men such as Todd Snyder and Jason Downing (Downing of Musketeer Gripweed), but we shared the memorable night with a man who has built an illustrious and impressive career for capturing such memories in photographs, and he does it better than most! Jay Blakesberg spent the entire weekend with us at the Mish where he displayed many of his extremely impressive photographs, gave a presentation at “Lunch with Jay” and set out to sell his new book titled “Jam”. For those of you who haven’t heard of Jay Blakesberg, he is a god in the world of photography. His extensive career casts acts such as the Grateful Dead, ALO and Widespread Panic to Primus, BB King and Moe. In fact, most bands that had dedicated followers, toured frequently and played damn good music, Jay has probably worked with. And what a treat it was to get to hang out with him all weekend and watch him in action. He truly knows how to capture the band at its best, at its worst and the crowd in the same two conditions. From a band photo op in the middle of the Poudre River (seen below) or the next future Slash (youngster rocking out on his toy guitar pictured below) he perfectly captures the mood, setting and atmosphere in his work. It was truly impressive to have him up there. The post photo exhibit night of music began in a flash (pun intended). The night started off eagerly with a traditional bluegrass group known as Horseshoes and Handgrenades, and boy did they rock! This 5 piece consisted of guitar, banjo, fiddle, bass and harmonica gathered around a single mic. They kicked off the night with an impressive and energetic punch. which seg-weyed nicely into Fort Collins locals and family, Musketeer Gripweed. Anyone who has seen these high energy rockers before know that they’re in for a treat. With a front man who uses a chair as a seat, a pedestal, a jump and an instrument. These hometown favorites got the crowd warmed up for a breathtaking Hard Working Americans set. When I was watching this band perform I was reminded of how delicate the process of performing music can be, while having world class musicians and front men remind me of how much soul and talent can be exhibited through music. These guys are the real deal, playing good classic rock and roll, singer and songwriter Todd Snider helped bring a soulful energy to the stage while the super start studded band held tightly together in the back. Don’t miss another home run performance at the miss this summer! Make sure to keep up to date with our schedule so you can be apart of magical evenings like this one!! 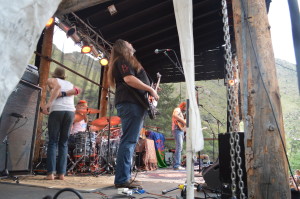 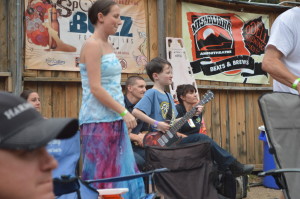 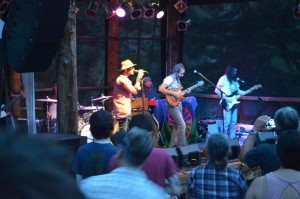 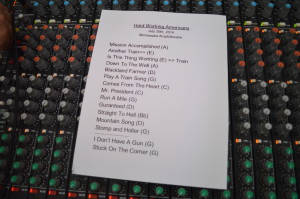