Euforquestra and Juno What with Mikey Thunder 5.30.15 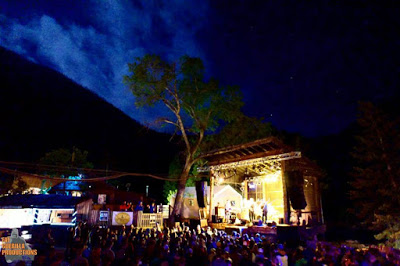 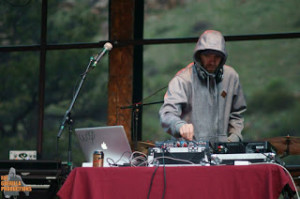 Mishawaka recently relinquished the control of booking their calendar to the Boulder-based Z2 Entertainment. They are best known for operating both The Boulder Theater and The Fox. Z2 is better equipped to bring in nationally touring acts to the historic venue on the Poudre, and this year they are doing exactly that. However this concert felt more like a hometown hootenanny. Fort Collins-based powerhouse Euforquestra shared the bill with the electro-funk Motet side-project Juno What, and DJ Mikey Thunder started the show.  Fans feared the weather as Colorado has continued to get pummeled by precipitation for what has been a very wet spring. However the rains held off and the four hundred or so souls brave enough to make the trip were rewarded with a beautiful star-filled sky.

Mikey Thunder got started early around 8 PM as the buses continued to make the round trip to and from The Mish. Thunder has an eclectic mix, which centers on funky jazz riffs and hard-hitting beats. Basically Mikey brings the party with him no matter where he goes, and he can cater to the crowd depending on with whom he is sharing the stage. He utilized some Ray Charles riffs that added a huge soul element to his electronic output. His R&B soaked samples brought an organic feel to his flow, which made for an agreeable set. I’m not the biggest fan of produced music, however DJ Mikey Thunder put on a solid set for all the early arrivers. 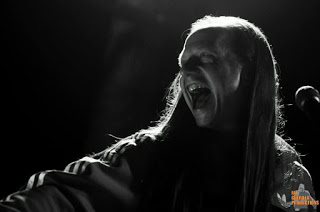 Juno What has gone through an evolution of sorts over the last year. This band was once a trio lead by Joey Porter on keys and talkbox with Steve Swatkins basically doing the same, and Dave Watts on the skins. Currently Porter is still leading the band with the ridiculously talented Tyrone Hendrix is on the drums, Garrett Sayers on bass and synth bass, and Dan Schwindt on guitar. However, Shwinty Rock was at Beanstalk with Kyle Hollingsworth Band so the always-impeccable Ryan Jalbert filled in for the show at The Mish. The electric guitar is immediately noticeable in the new mix. Early in the set Juno What treated fans to an especially funky “Shameless” and a gritty “Stranger.” I’m not sure where Tyrone Hendrix came from, but the man is a beast on the kit. He played in the pocket all night, but always with the quick break or a tight fill. Later in the set Porter treated us to the elegantly funky “Don’t Wake.”

After that proclamation Juno What went into an extended jam that sort of melted into a flawless rendition of Eddy Grant’s “Electric Avenue.” This was a great way to end the electro-funk portion of the show. Juno What continues to be an engaging and unique group here on the Front Range. With The Motet playing so many noteworthy shows as of late I would not be surprised if we begin to see less of Juno What. That being said go see them if you get the chance. They are all about bending the genre of funk to their own will and creating an amazing live experience. Their set at The Mishawaka accomplished that marvelously. 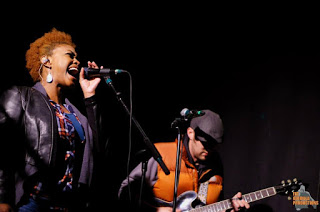 Euforquestra is still touring relentlessly while maintaining their high standards of funky worldly music. As a band they have continued to innovate through their songwriting as well as their choices of guest performers. Ryan Jeter is a founding member of Euforquestra, and he made the move to Colorado with the band. For the last three years he has been diving head first into parenthood so he has shied away from the extensive touring and late nights. Well the indefinite hiatus ended at The Mishawaka with Jeter’s triumphant return directly to the right of Austin Zalatel. (That’s where he belongs.) They also invited original member Matt Grundstad back to play some percussion for the evening. They opened with “Colorado Kicked.”

This set featured some classic Euforquestra along with some unbelievable vocals form the talented Kim Dawson. She sang a version of Bobby Patterson’s Soul-Funk explosion “T.C.B or T.Y.A.” Later she would sing a rowdy rendition of Lillian Hale’s “Don’t Boom Boom.” Fan favorites like “Price Is Right” and “Road Funk” were nice highlights, but the Fela Kuti’s “Colonial Mentality” was a real peak. Matt Wright took vocals on the newly penned “Built To Last.” Zalatel got to tell a nice story about his grandmother during “Soup.” Tallman took his turn on a perfect “Slippery People” by the Talking Heads before the whole band shifted back to “Instant Coffee” to close. Kim Dawson returned for a Led Zepplin meets Tina Turner version of “Whole Lotta Love.”  This concert was another example of the high level of playing we’ve come to expect from Euforquestra. Their musical output has not slowed one bit, and the inclusion of guests has added a real spark to their live performances.  They recently earned a spot at the prestigious Telluride Jazz Festival. So look for them there or touring across the country this summer.