Gratitude was hosted by the Mishawaka in collaboration with WinterWonderGrass Music and Brew Festival on Friday, November the 13th. With four bluegrass all-stars it was a cool and windy night of upbeat music for a cause that supports the canyon and surrounding areas. Andy Thorn of Leftover Salmon, Jeremy Garrett of The Infamous Stringdusters, Tyler Grant, and Adrian Engfer played a two-set evening to raise money for the Poudre Canyon Fire Protection District and the Rist Canyon Volunteer Fire Department that helped bring the Cameron Peak Fire to 92% containment. 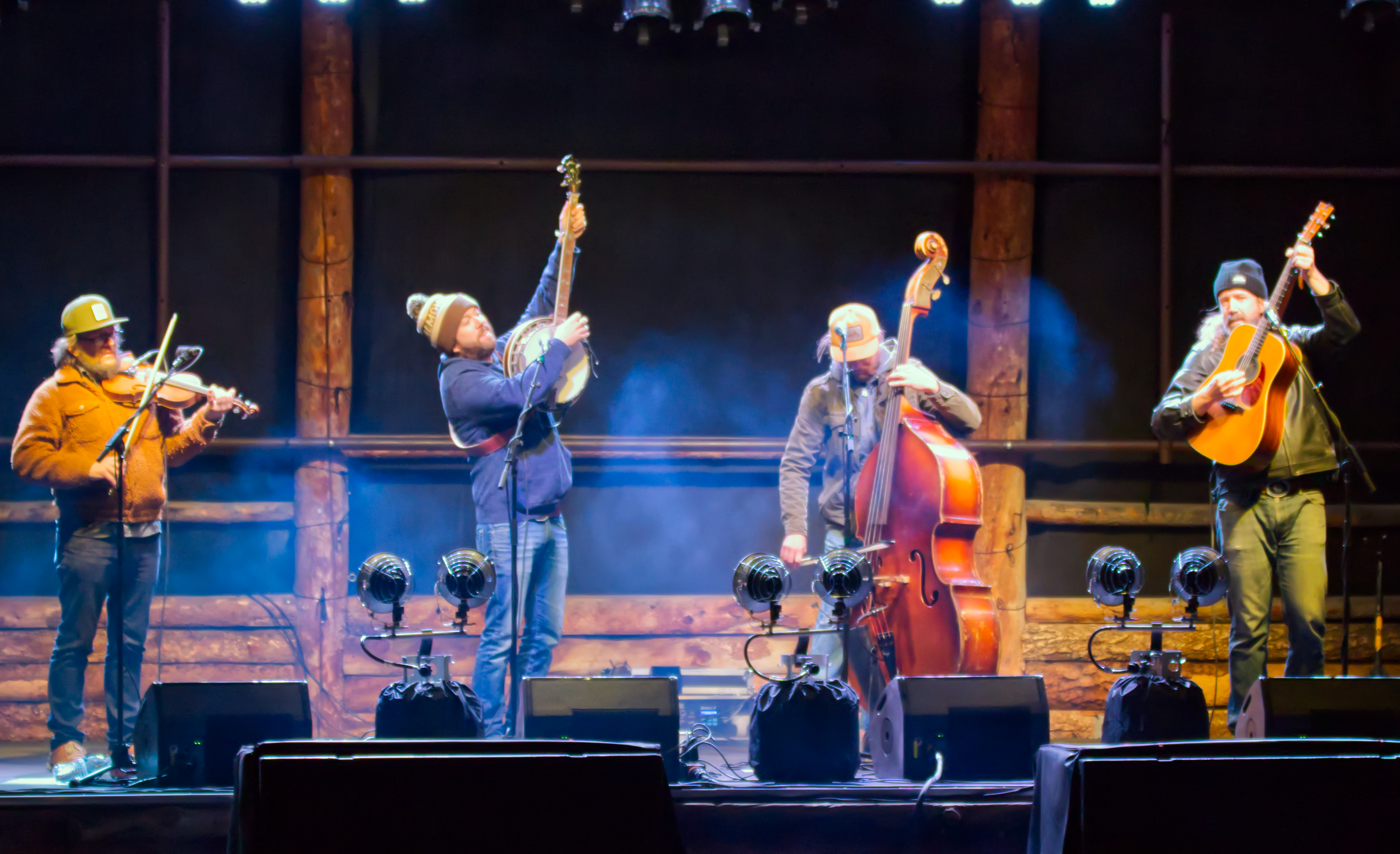 The Mishawaka stage held the four-piece band which included a banjo, guitar, stand-up bass, and fiddle. The Infamous Stringdusters’ Jeremy Garretts’s soulful singing paired with his piercing, unapologetic fiddling produced a stunning performance for a good cause.

The Cameron Peak Fire has impacted the Poudre Canyon, Rist Canyon and surrounding mountain communities in a devastating fashion over the past few months.  While thousands of firefighters and numerous agencies from across the country have contributed to fighting this fire, the impact on our local canyon fire departments and their resources has been significant. The generosity and support from everyone who contributed had a lasting impact on the benefit and we’re incredibly grateful for the support of our local firefighters and fire departments.

Gratitude brought this Mish crowd together where posters signed by the four artists were sold to contribute to the cause. Additionally, a signed acoustic guitar was auctioned off for $500 by a concert attendee who asked that the guitar be returned to the firehouse for the firefighters to play during their downtime.

During set break, the owner of the Mishawaka, Dani Grant, joined by about ten firefighters, greeted the audience to thank the firefighters that have been keeping our canyon and those who live in and around it safe. In the end, the total amount raised for the cause rose to be over $18,000 to be split between the two local fire departments who have both experienced a depletion of material goods and emotional resources due to the Cameron Peak Fire. The benefit has provided significant funding to help in resolving financial deficits and to provide cheer to uplift our community and first responders by publicly honoring their incredible work and celebrating their achievements in the face of such overwhelming adversity.

We want to give a huge thank you to our sponsors who so graciously contributed to supporting the cause, as well as everyone who donated and attended the event! Thank you to KindCare of Colorado, Woodley’s Fine Furniture, Detailed Landscape, KGNU, Mobb Mountain Distillers, Tacy Gaede of Tic Tac Production, and the Basta Family.

The final song before their encore was a bluegrass style cover of “Sweet Child of Mine,” which was folk-fused and upbeat to wrap up a charitable evening at the Mish. Shows at the Mishawaka are starting to wind down for the season and our Gratitude benefit in collaboration with WinterWonderGrass was one of the last shows for a while, and it absolutely closed the season out right. The shows the Mishawaka have hosted during the last couple of months have been a nice getaway for many attendees to help them get through the coming winter.