If there is anything I have learned about the Mishawaka, and Colorado in general, is people here love their Bluegrass and they love their Funk. Last weekend, Here Come the Mummies brought the Funk to the Mishawaka for a production like we have never seen.

Here Come the Mummies are either a group of people who were cursed for deflowering a Pharaoh’s daughter or they’re a legendary lineup of mystery musicians with some serious talent: we will never know! Either way, we couldn’t get enough of their music on Friday night.

The day of the show was smooth. Despite hosting three multiple-piece funk bands, production went just fine. It was a game of tetris fitting everyone on stage!

The doors were set to open at 6:00 pm and there were already dedicated fans lined up at the door. A family was so stoked for the show, they came dressed in all sorts of Mummy gear. The father featured the Mummies famous lyric, “I’m cumin’ in my pants,” the mother wearing a mummy outfit, their daughter wearing a choker with the wording “Virgin” on it, and their son dressed in a feathery top hat! I saw them front row during the whole show! 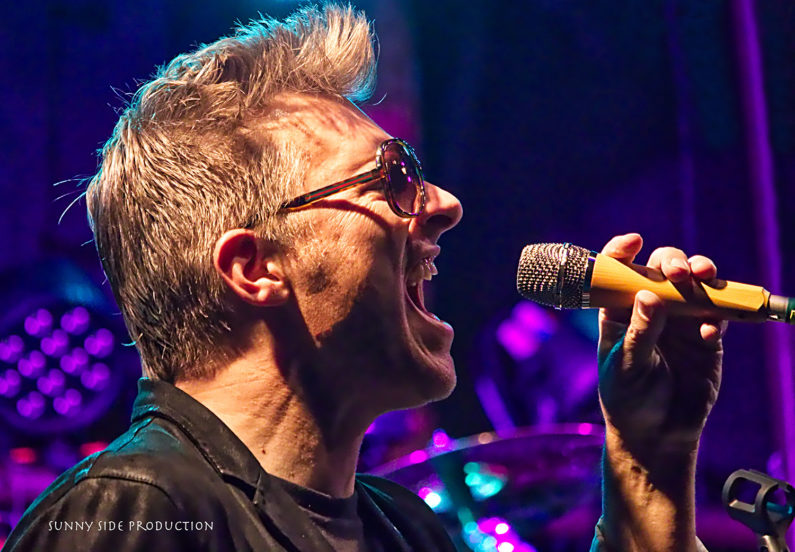 The night opened up with Mojo Audio bringing classic funk and soul hits to the stage like “Higher” by Sly and the Family Stone, “Use Me” by Bill Withers, and “Superstition by Stevie Wonder. Featured in their horn line-up was Mishawaka’s very own employee Charlotte on Saxophone and she was killin’ it! 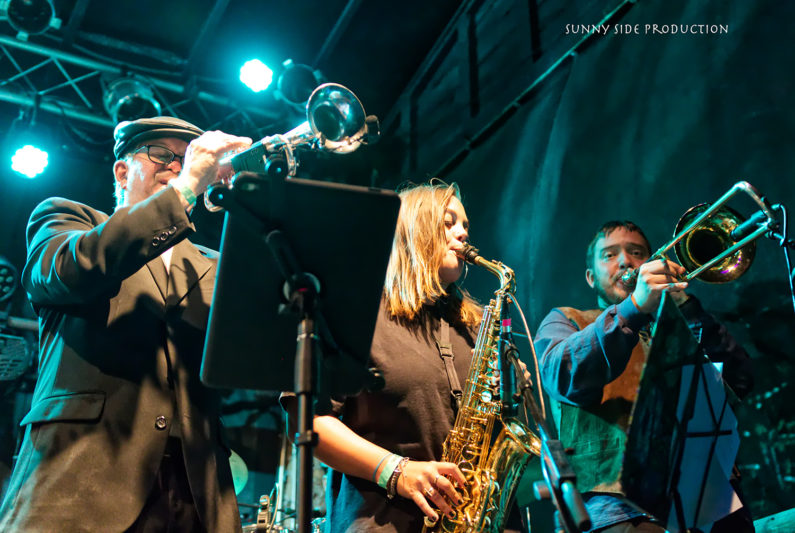 Charlotte on the Saxophone!

After that, The Movers and Shakers took the stage and truly lived up to their name! The crowd was groovin to some sweet bass lines and the guitarist Ryan was shredding all night with his funky blues style solos that were incredible. All day he had his hair up, but once he got on stage he let it down and I almost didn’t recognize him! 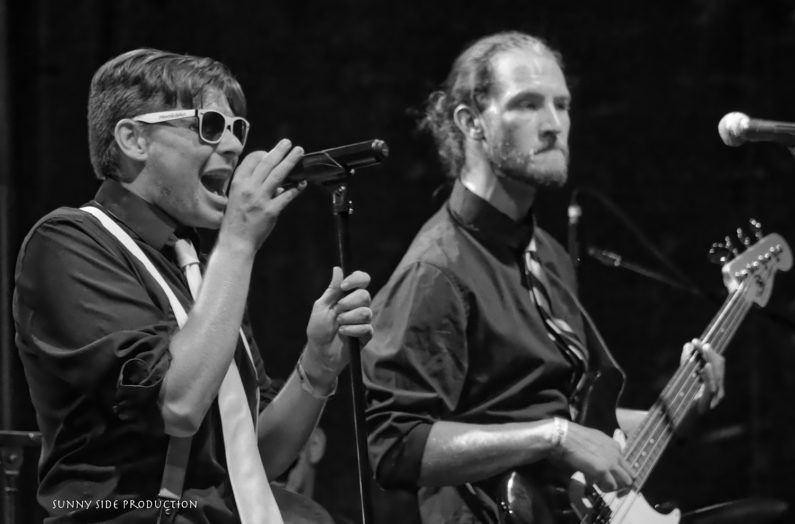 Andy on vocals and Nick on bass 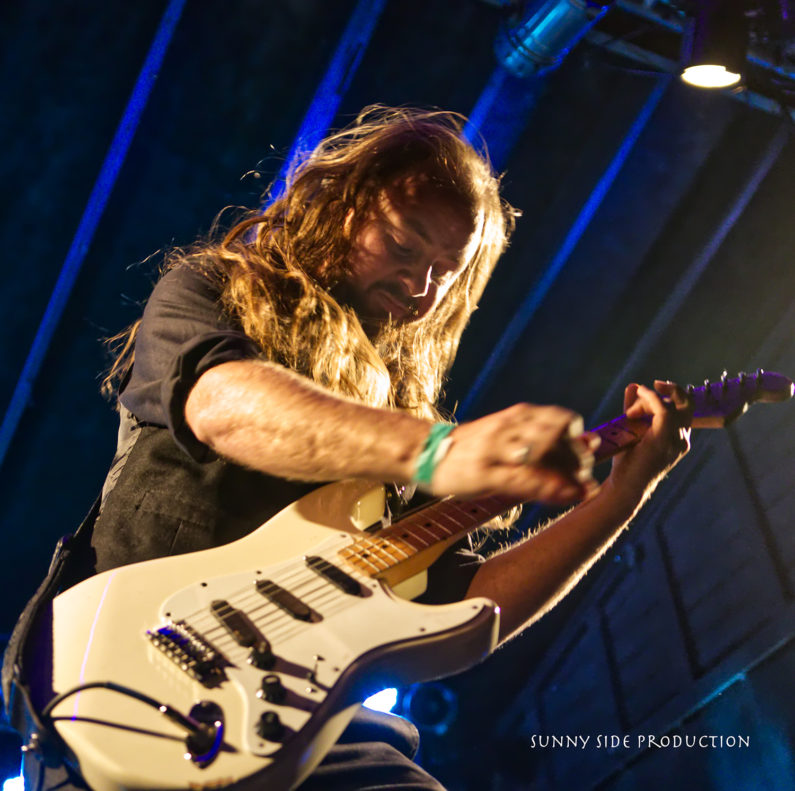 Ryan from the Movers and Shakers with his long hair flowing!

Once their set was over, the venue didn’t cool down as fans sporadically would cheer for the Mummies to come to the stage. Then, in the distance, the sound of drums, cymbals, and saxophones could be heard. Then into the venue came Here Come the Mummies marching band style, watch the video below!

Their entry got the crowd excited and once they got to the stage, they started to play some of the best funk music I’ve heard in awhile! There was never a dull moment on stage with the band having choreographed moves, a talented horn section and part of their featuring a beat-boxing flute solo. 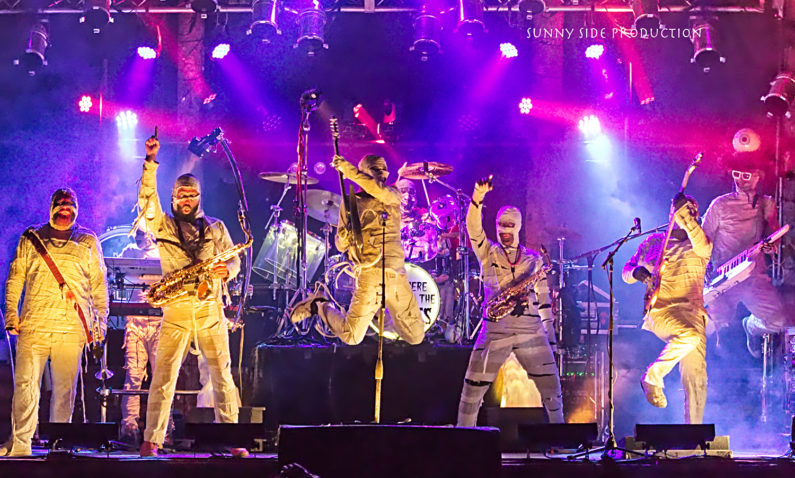 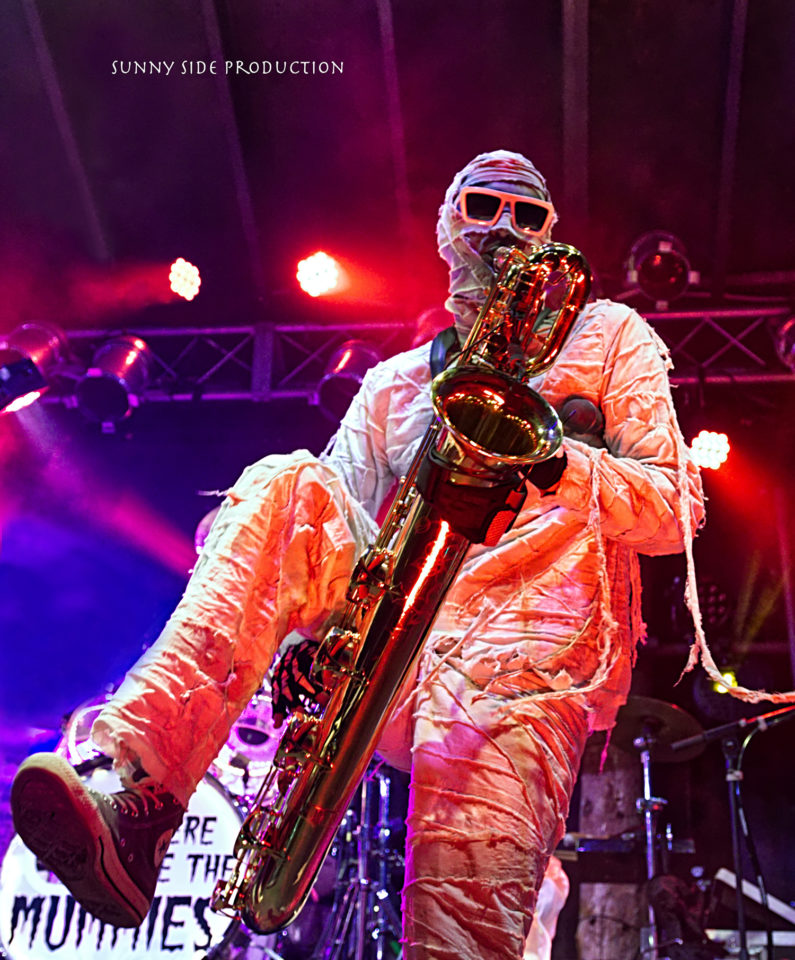 I remember dancing with the other intern Sarah to “Freak Flag” and eventually we got Will our production manager to dance as well! As the night progressed more classics were played like “Pants” and “She Loves D*ck” featuring signs like the ones below. 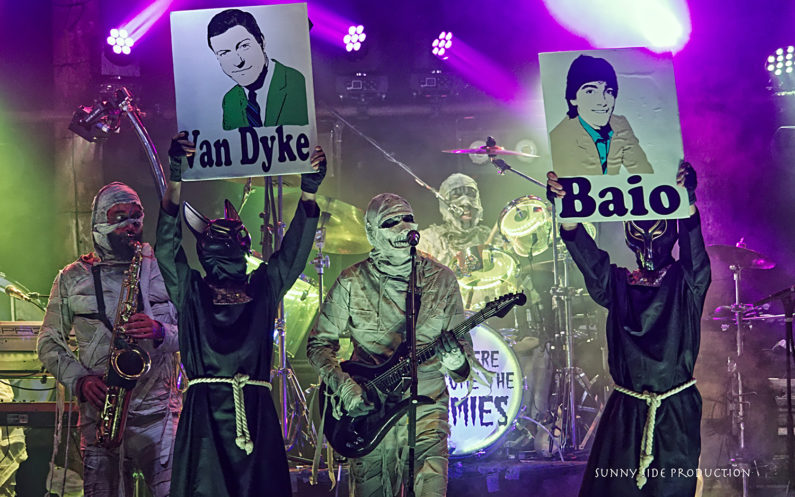 Towards the end of the show, Here Come the Mummies had a “Battle of the Saxophones where two Mummies came on stage playing two saxophones each! I couldn’t believe it! 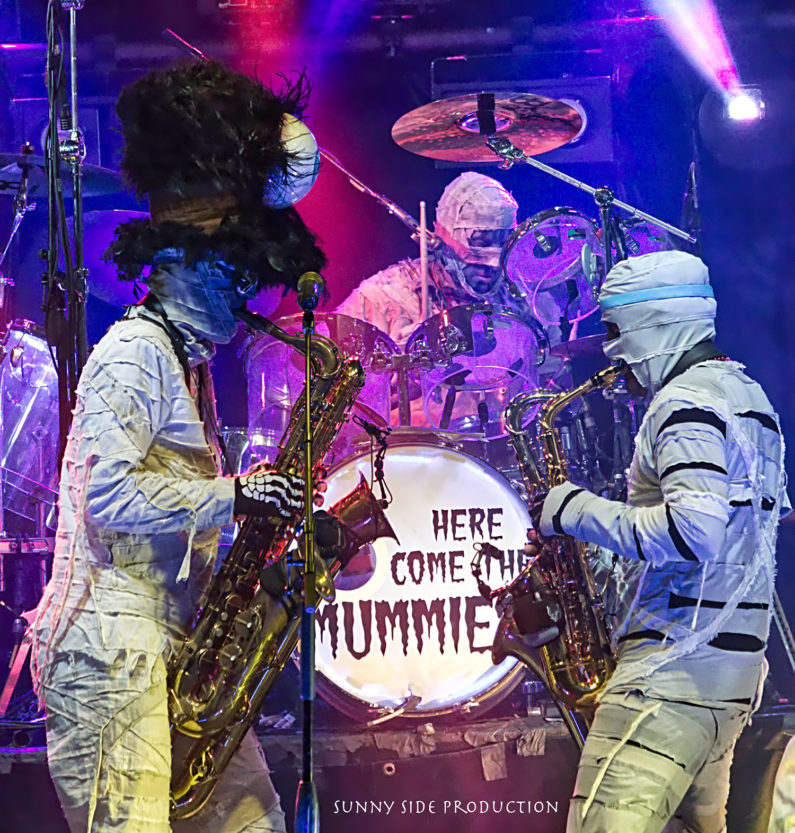 Here Come the Mummies is an incredible band and a must see show! I can’t wait for the next time they come to town because I will definitely be there!