Iron Horse “Live on the Lanes” at 830 North: Presented by Mishawaka 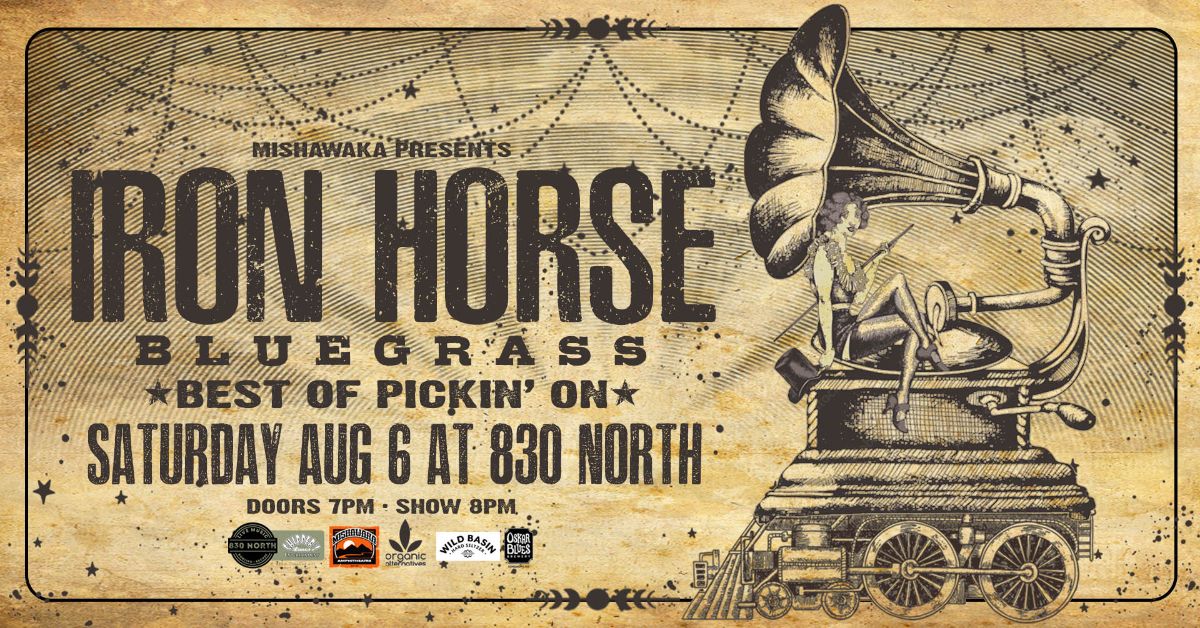 Iron Horse
Best of Pickin On

-Click to see what Chipper’s Lanes “Live on the Lanes” is all about!-

Single General Admission (GA) Ticket
Standing room only along the concourse of the venue. Food and Drink service is available self-service from the bar area. Bowling is available for purchase on a first come, first served basis day of show. Bowling pricing varies per show, per day.

Through the years and after involvement with several groups, the present band was born as a result of the participation of Tony Robertson, Vance Henry and Ricky Rogers in the Jake Landers Band. In January 2003, Anthony was asked to fill an opening for a banjo player and the present Iron Horse configuration evolved. Iron Horse creates much of its own music, with an innate ability for cross-genre arrangements. Iron Horse has three self-produced albums, containing previously un-released compositions, and Iron Horse-composed originals.

The skill and ability of Iron Horse to transpose metal to bluegrass while maintaining the identity of the originals is exceptional. The versatility of Iron Horse is demonstrated by the more traditional flavor of their first CD, “Ridin’ Out the Storm”. This versatility enables Iron Horse to perform such standards as “Rocky Top” and “Man of Constant Sorrow” with little effort, while entertaining “metal-heads” with the familiarity of the compositions of metal and pop icons – all on the same stage

We will be following current state and local guidelines regarding COVID-19 at the time of the show.