It was a bittersweet evening for us at the Mish. We were all excited to have made it this far, through all those shows and adventures, excited for another night of incredible music on the Poudre. Yet scratching at the back of your head was that nasty phrase, “end of the season”.

We were lucky enough to share the night with the good people at Guayaki, who were giving out their Yerba Mate all night. I didn’t realize how good the stuff is, I’d definitely recommend Bluephoria or Revelberry if you haven’t tried them yet. 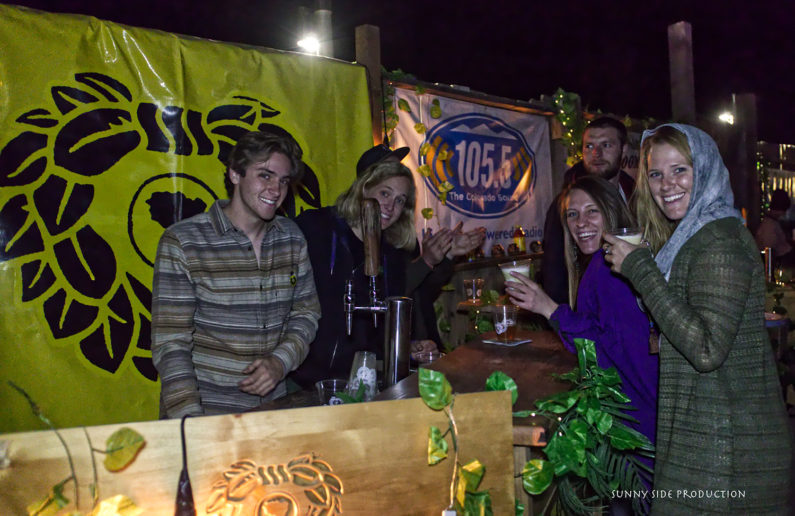 It’s always awesome getting to kick up some dust with a new crew, and the folk with Guayaki can certainly get down.

Lyla June started our night with an incredibly powerful performance. She spoke of tales of her lineage as a Native American, her struggles with addiction and how she was able to overcome these roadblocks to be where she is today. 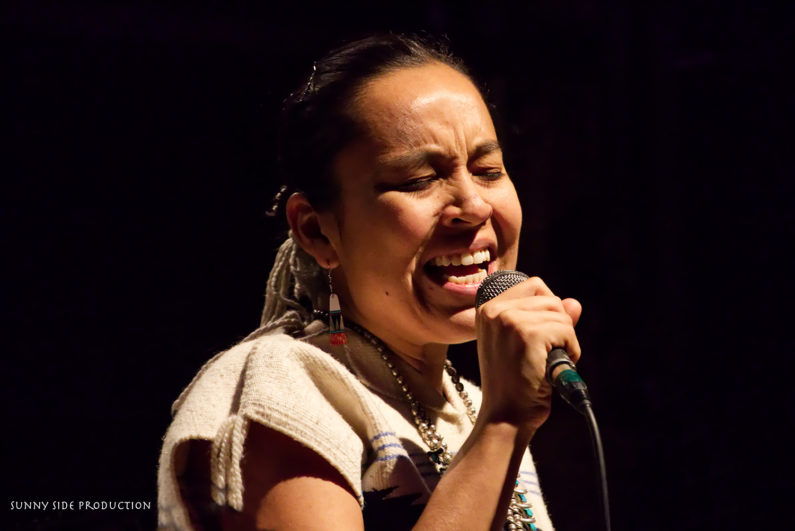 Her music ranged from beautiful harmonization with her guitar to her spitting mad bars on top of her own beatboxing. She would switch from English to her native tongue of Dine’- it almost felt as if watching a poetry slam at times. 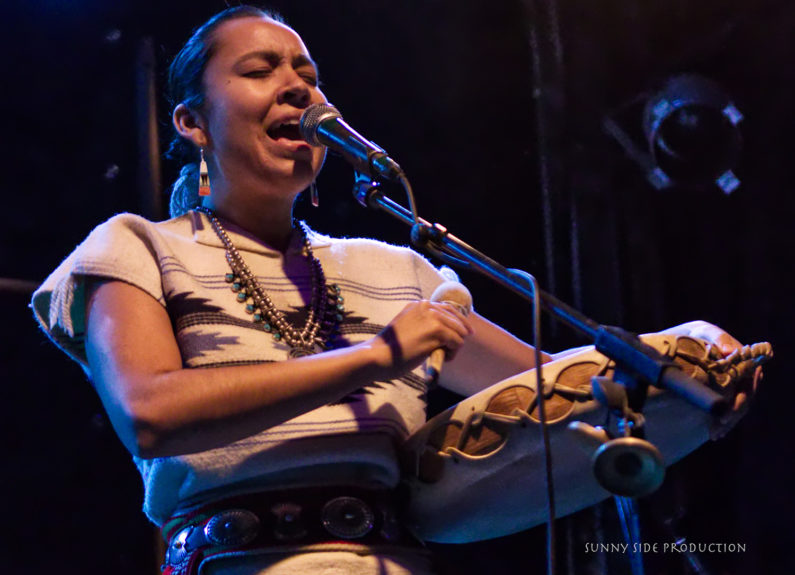 Lyla was followed up with an incredibly moving tale of the treaty established to mend the sins of the past. The men told of how their paths crossed, and how they hiked together with a treaty tied to their hiking stick. The stick came to be draped in flags, totems, and trinkets from the many places they have traveled. Their story was one of deep forgiveness and reminded us to live and learn through the hardest of times. 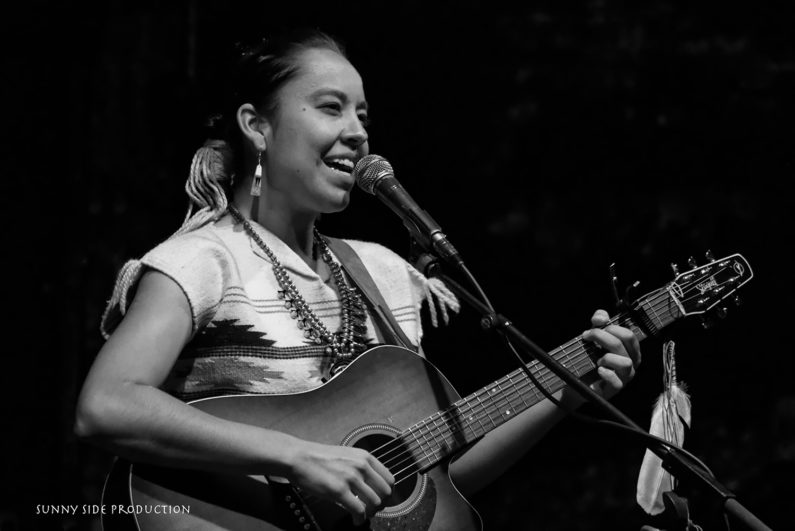 Rising Appalachia finished the night with among the largest variety of instruments I had seen all season. Their catchy world folk music drew inspiration from all corners of the world, and that showed not only with their instrument selection but also their songwriting. 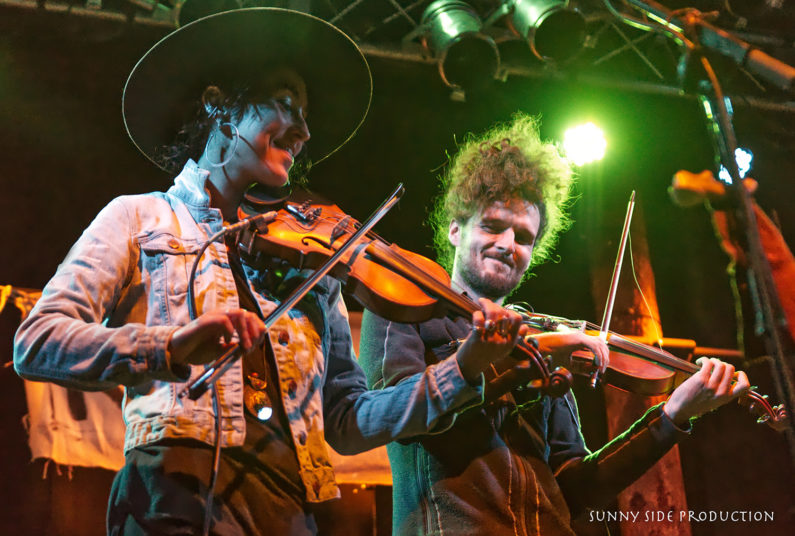 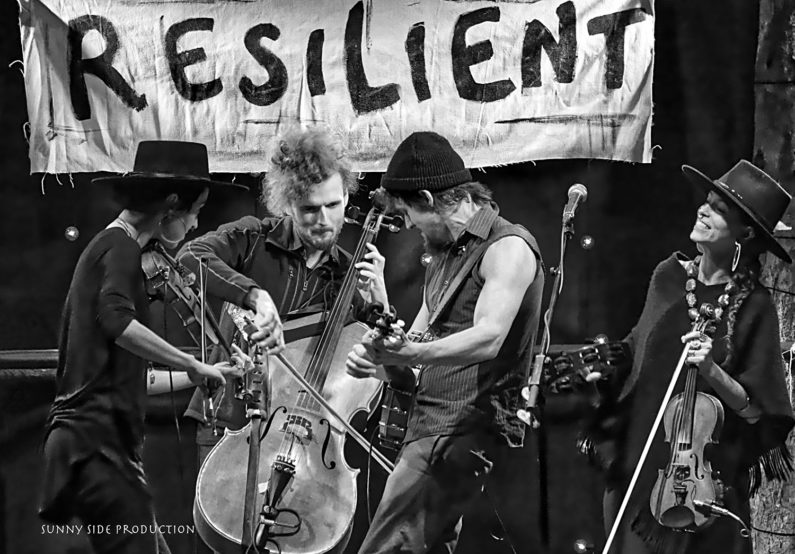 They had the crowd vibing all night, and also featured two of the most talented dancers I’ve seen. At one point their dancers were dancing on the subs right in front of the stage, the crowd got hyped about that. Check it out below! 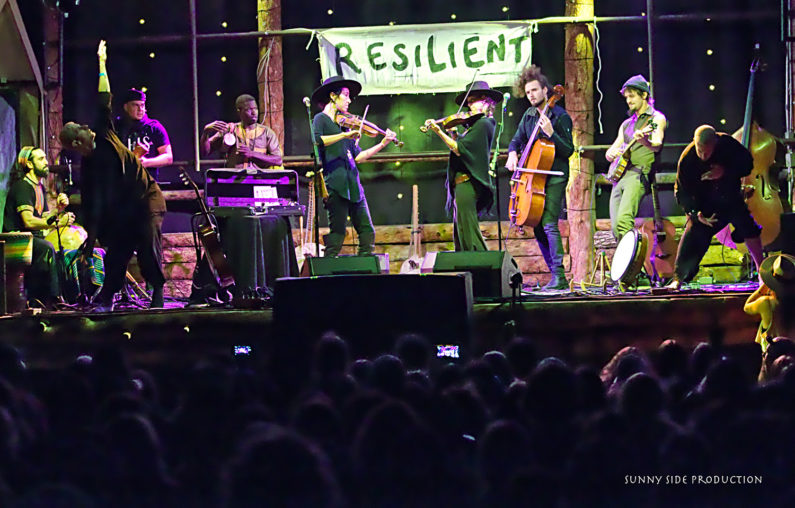 Leah and Chloe, as well as their band’s musicianship, was simply incredible. With their help, we all heard some of the world that night. 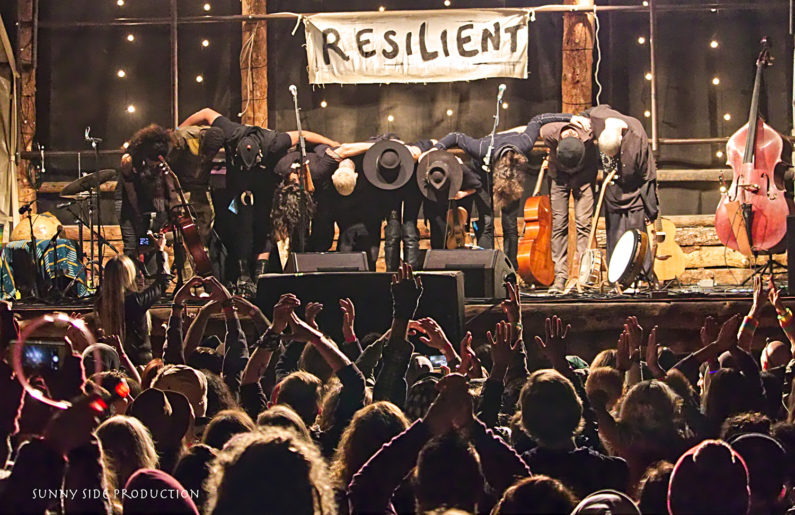 The band takes a bow. Thank you Rising Appalachia!