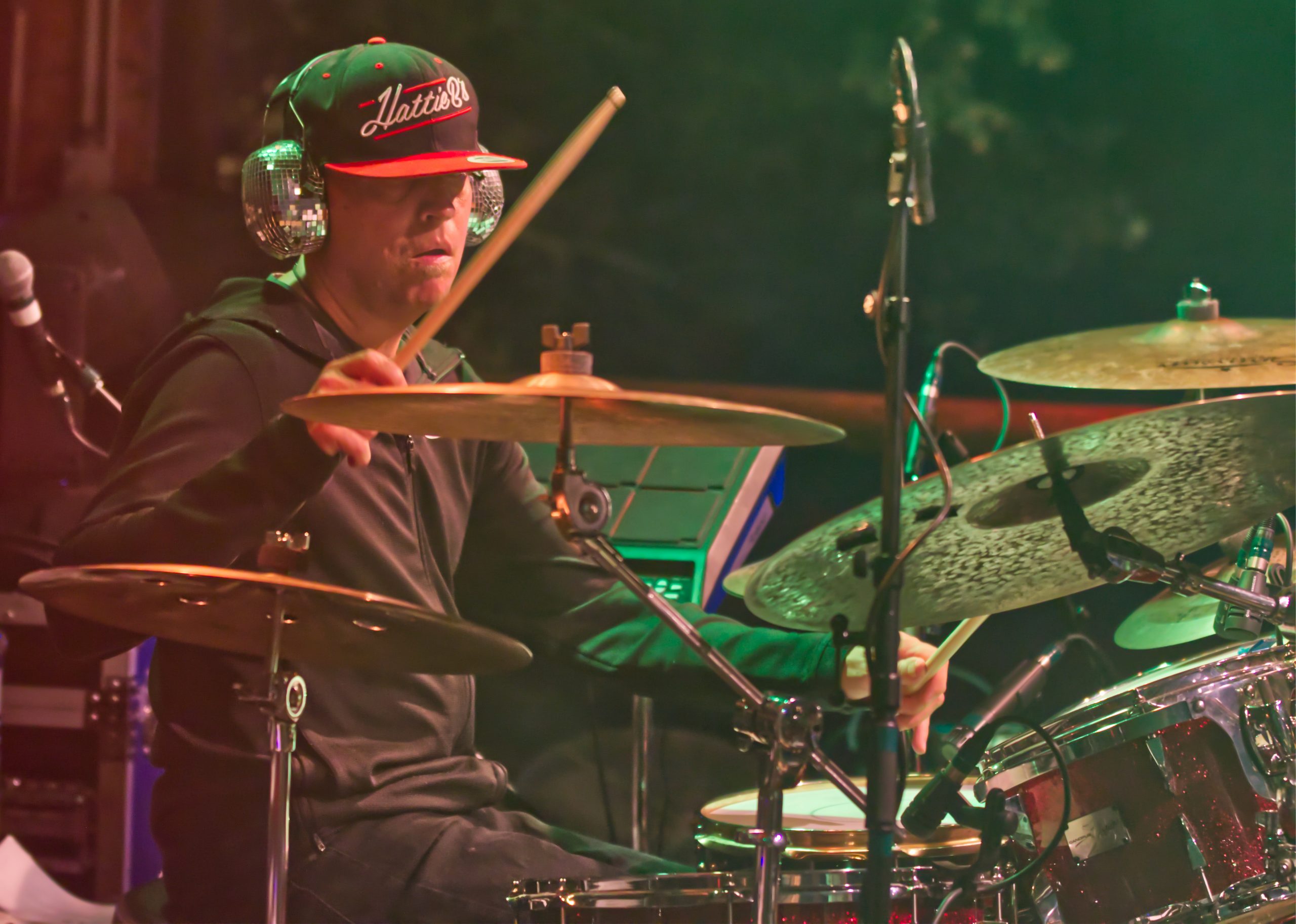 Last Friday May 22, The Mishawaka had Eminence Ensemble with Shred is Dead. Shred is Dead started off the night with memorable Grateful Dead songs and crazy guitar solos by Marcus Rezak. Dave Watts of The Motet provided the drum solos while rocking his disco headphones. 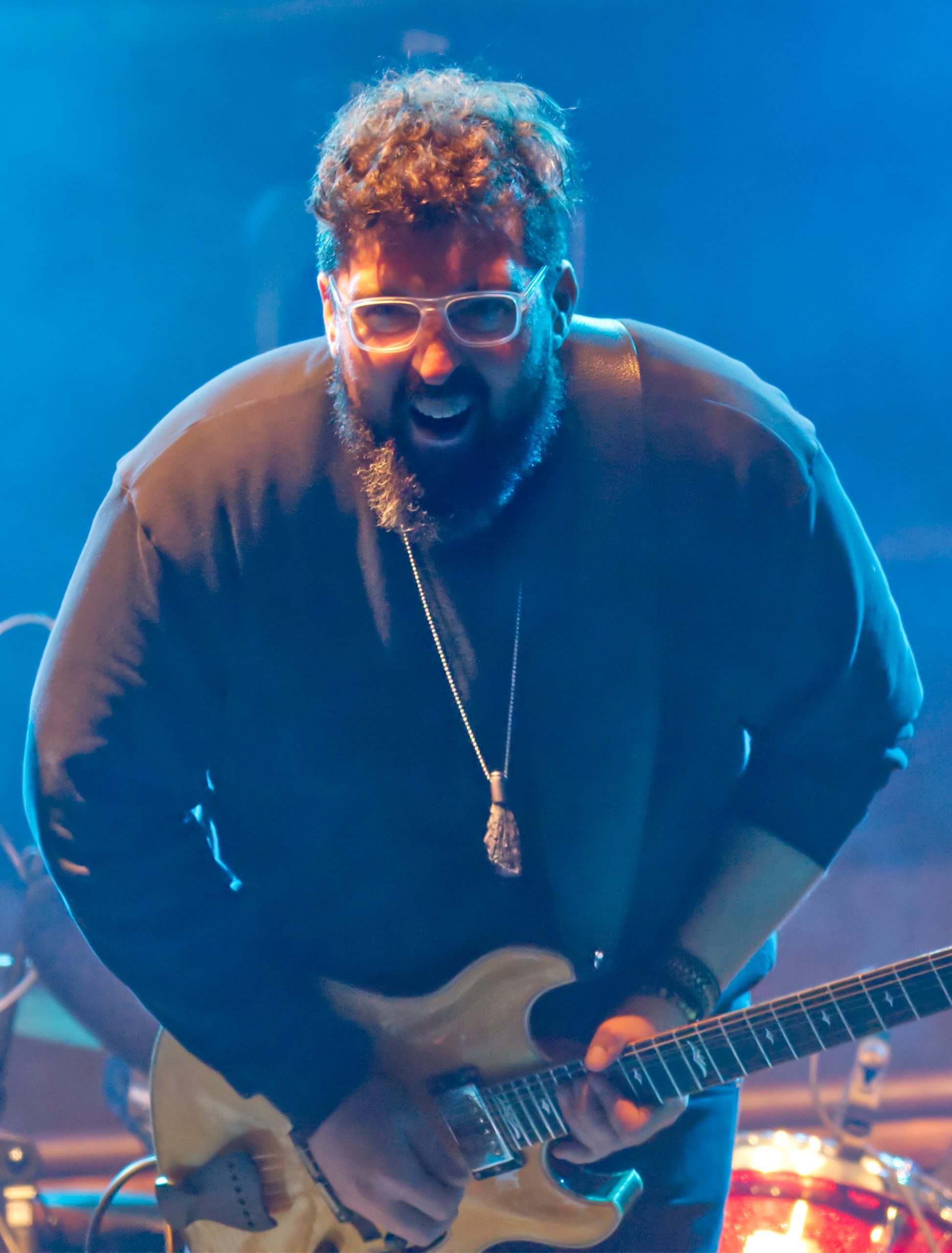 Before Eminence Ensemble took stage, I got to know their outgoing personalities including their funny jokes and creative personas. This band couldn’t wait to get on stage. 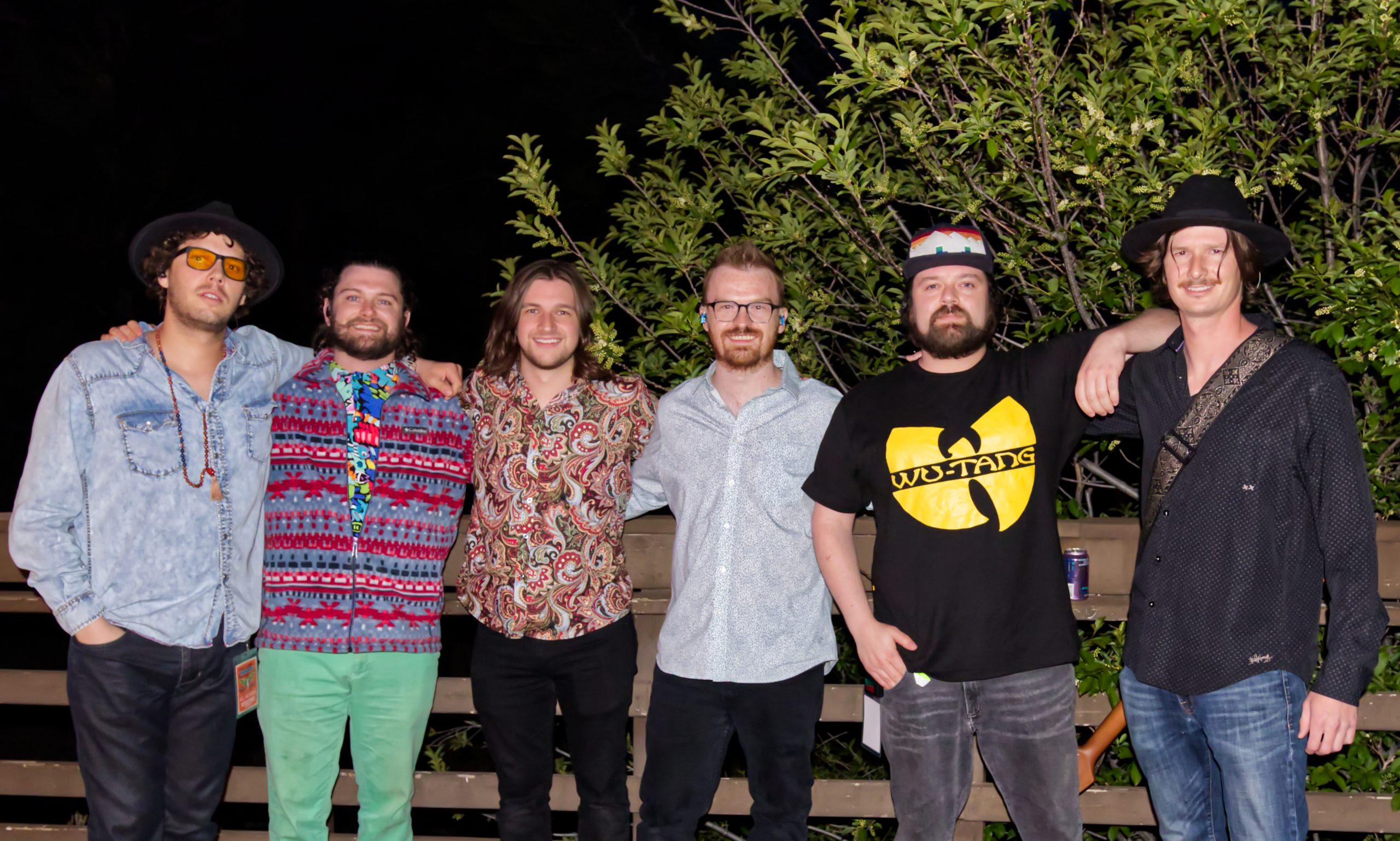 In the image above (from left to right) we have the members of Eminence Ensemble with Tanner Bardin playing the drums, Will Snyder on keyboards, Dylan Gleit on guitar & vocals, Zac Flynn on bass & vocals, Nick Baum on percussion & vocals, and Justin Neely on guitar & vocals. 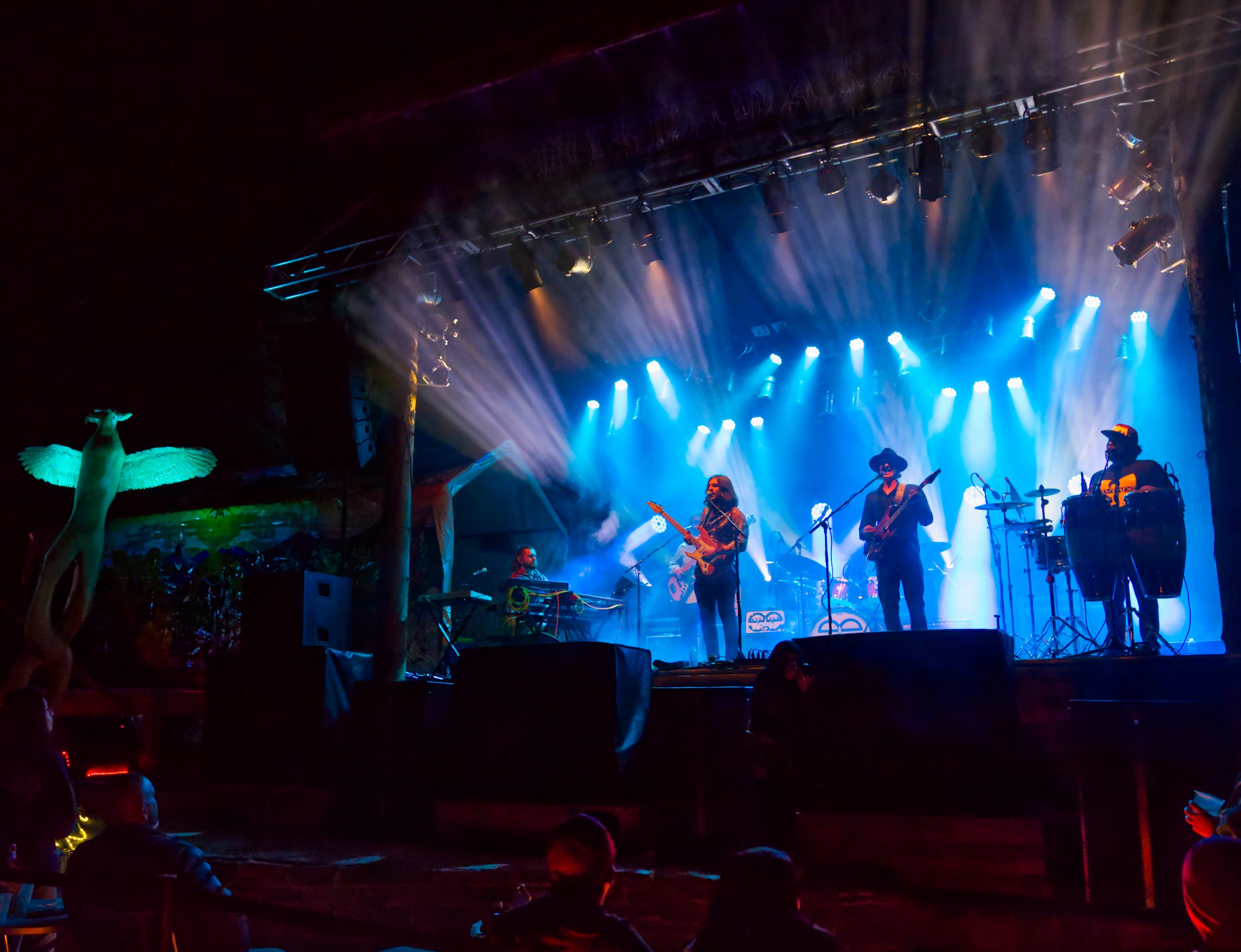 Eminence Ensemble is a band that likes to have a good time and their music certainly supports that. They are a jam band but they do not shy away from their vocal talent. Eminence Ensemble’s lead singer, Nick Baum on the Bongos has an angelic voice that carried through the canyon effortlessly and the band harmonized like no other. 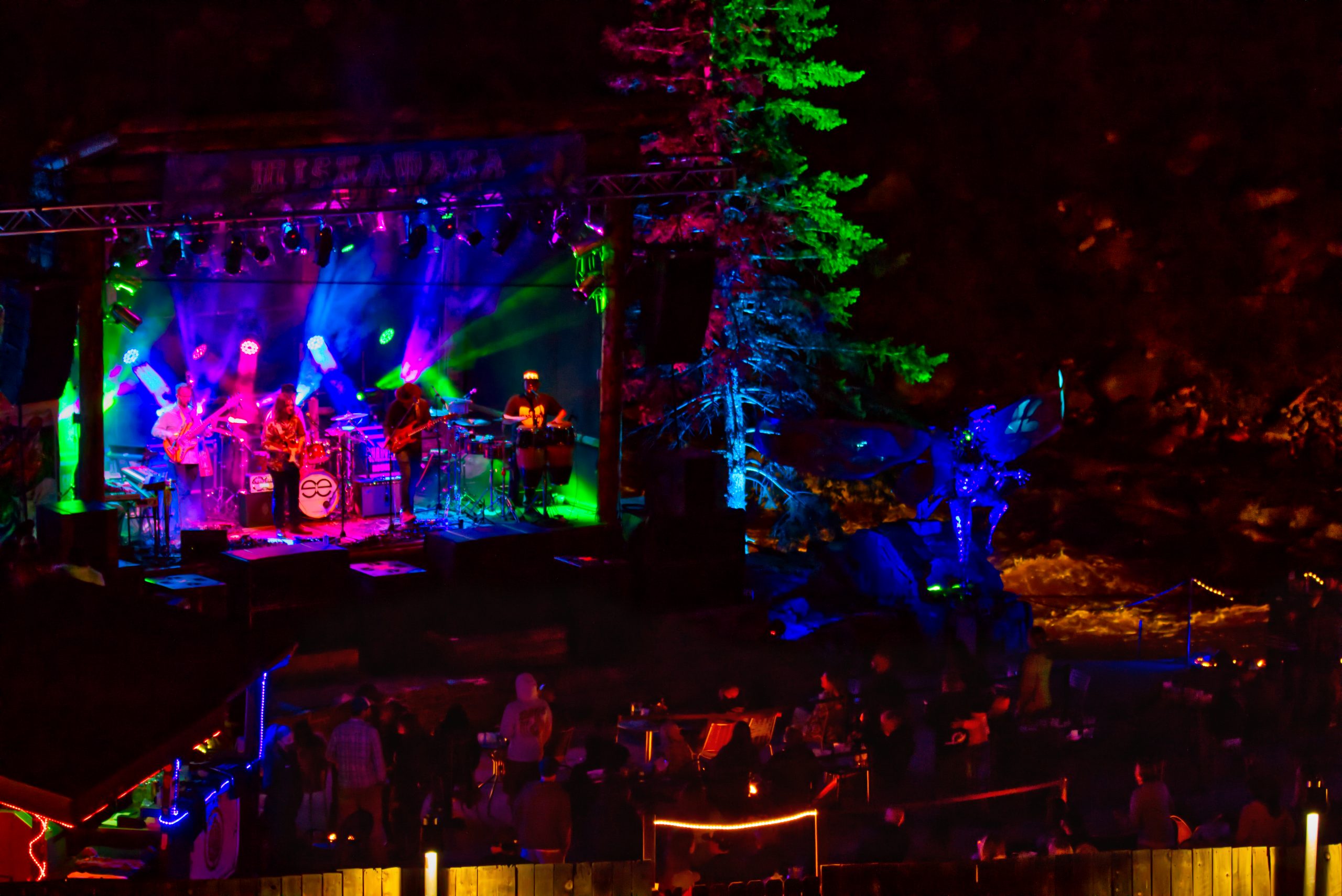 Every member of the band has an amazing amount of  talent and at the end of the show their guitarist, Justin Neely, sang “Staying Alive” which got the crowd off their feet and dancing around. 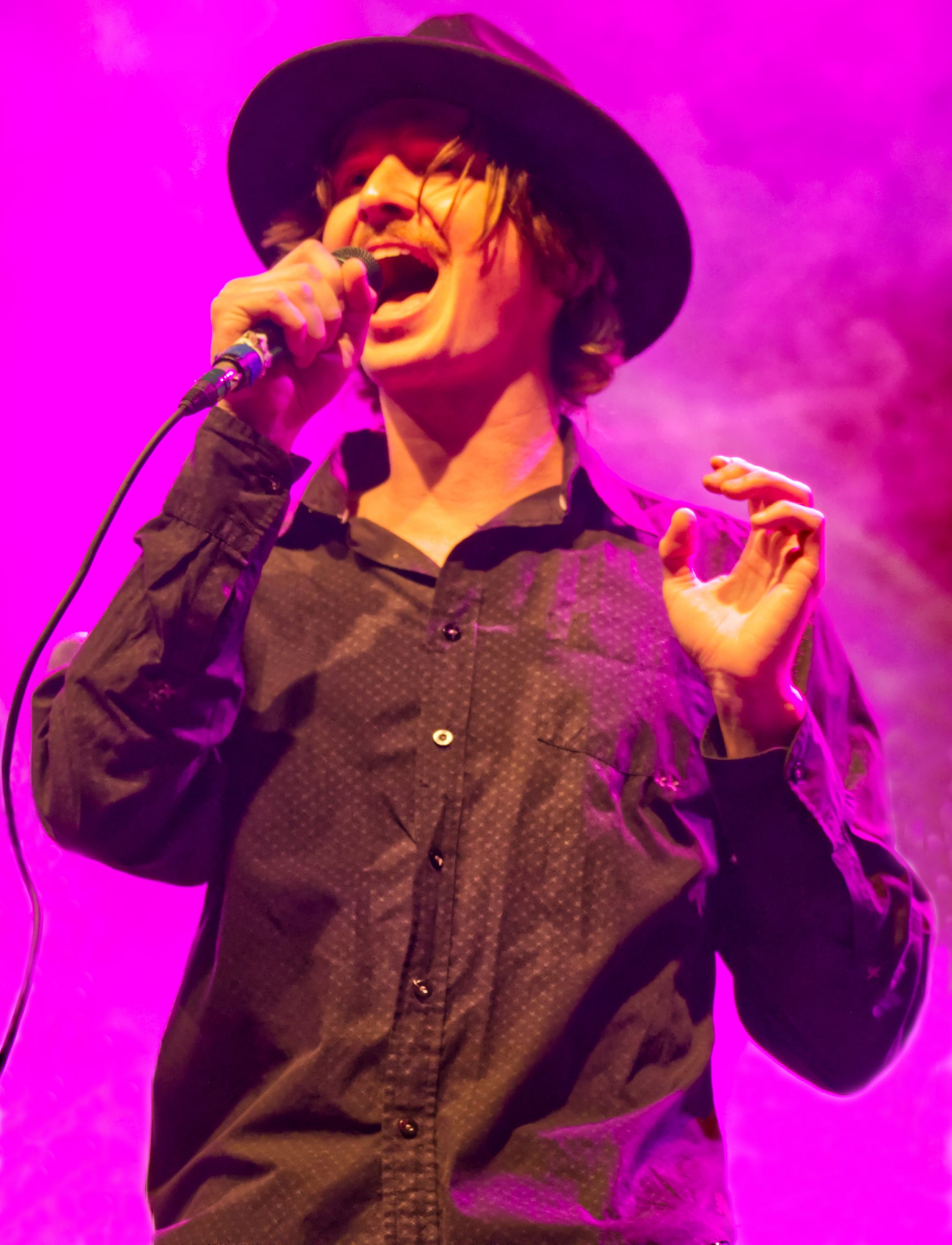 To close up the night, Marcus came back on stage to jam the last song out. 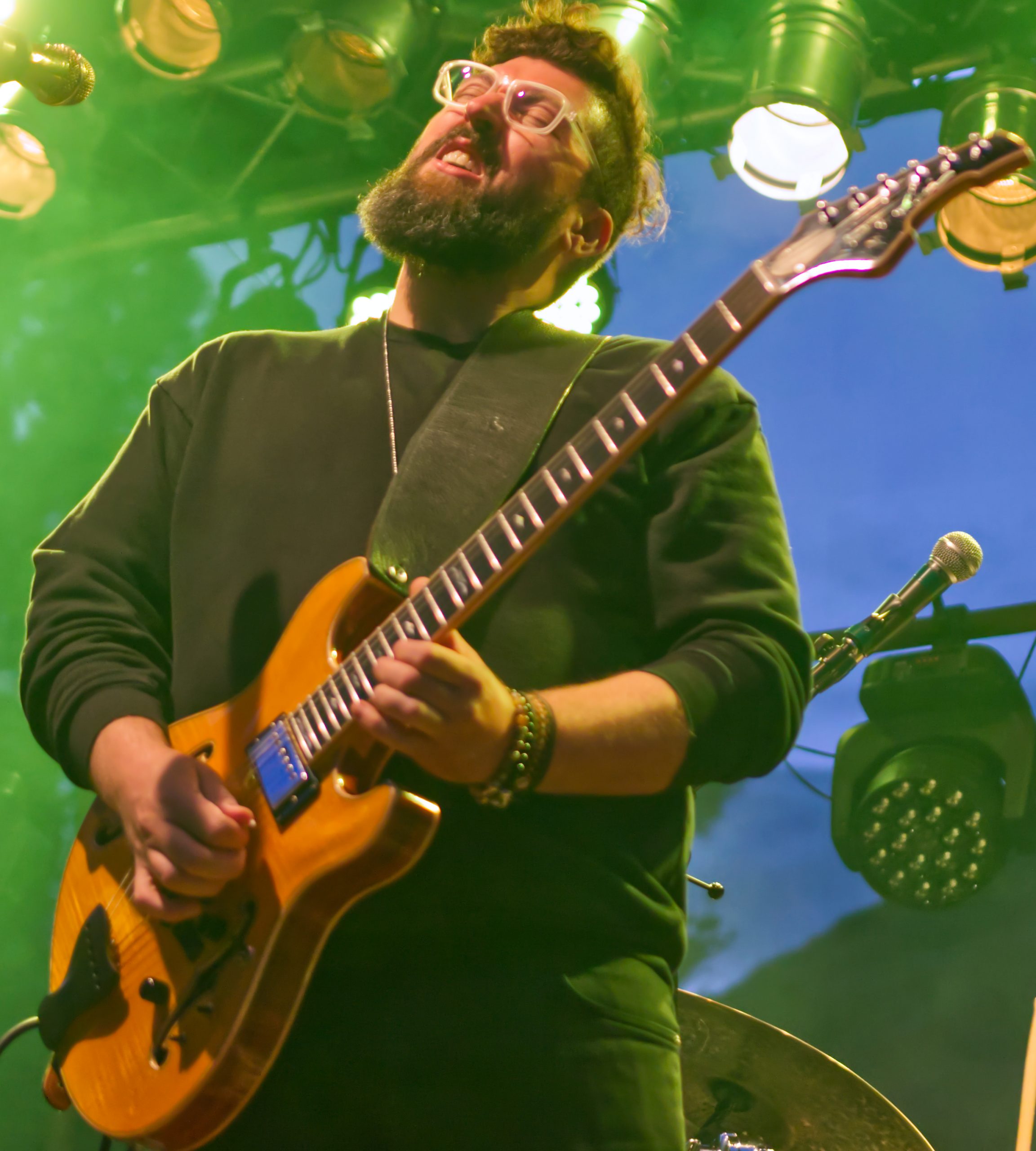