The name Animal Collective, while obviously being the name of the performing band, could also be used to describe the state of the crowd. Being a sold out show, there were many of them, and because this was a rescheduled show, they were ravenous – like animals – to hear the music they loved. 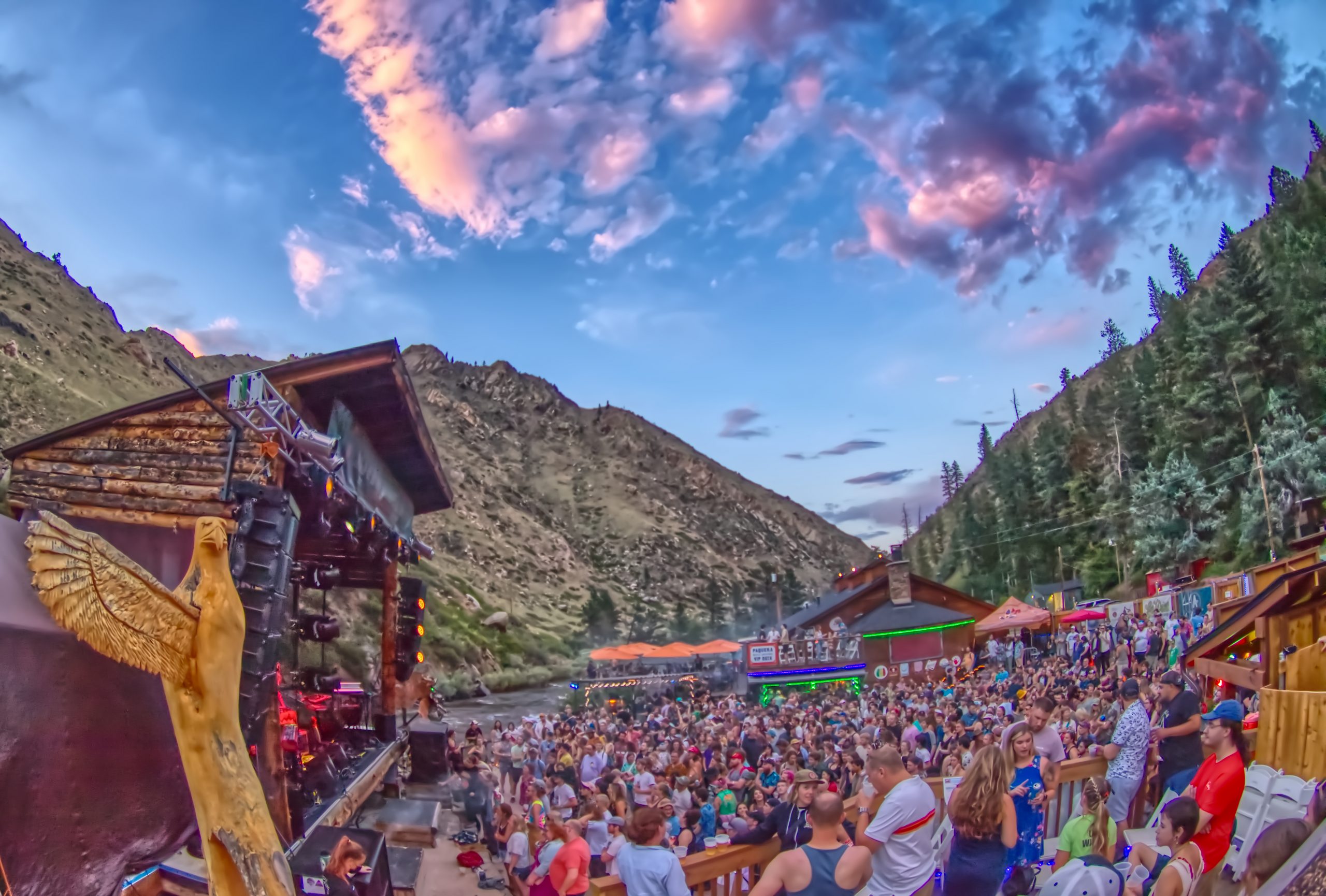 (Pictured above: The view from our Downtown Toodeloo Rock N Rye VIP Deck).

Before Animal Collective took the stage though, an unassuming quintet of soft spoken east-coasters going by the name of SHAM graced the Mishawaka with their dissonant, chaotic, but somehow at the same time calming, self described “experimental folk” music. Being huge fans of Animal Collective themselves, their music contained many of the sonic characteristics that the crowd already knew and loved. SHAM’s set acted as an appetizer of sorts for the long awaited Animal Collective. 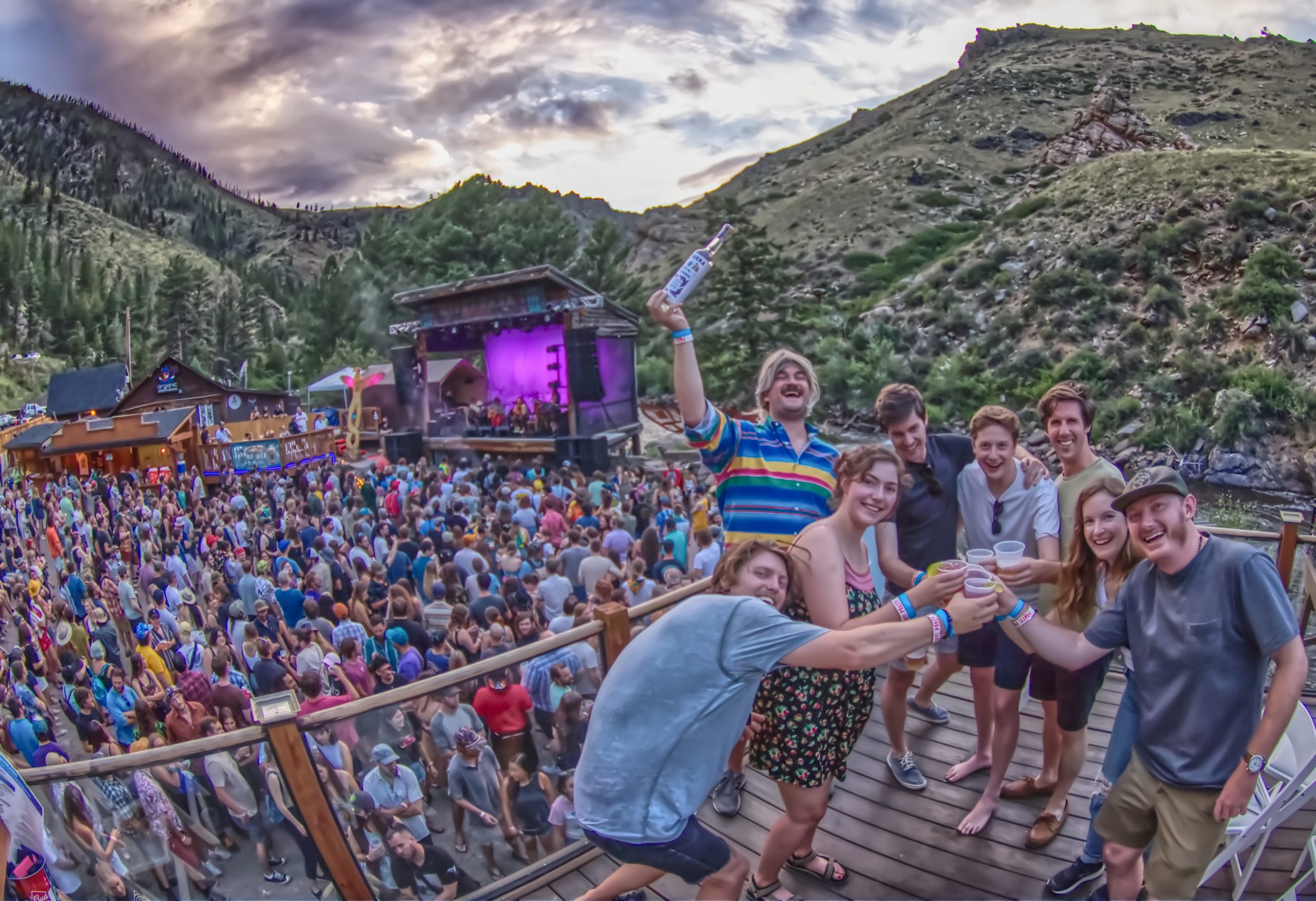 When SHAM concluded, the growing anticipation was palpable. This was the point in which the gravity of Animal Collective’s ability to bring people together was most obvious. There was a slight delay in getting Animal Collective on stage due to a culmination of small setbacks starting with a flat tire in New Mexico, but even during the wait, strangers of all ages and aesthetics were sharing their various Animal Collective origin stories, as well as their excitement to see them perform in a place as magical as the Mish. Smiles all around. 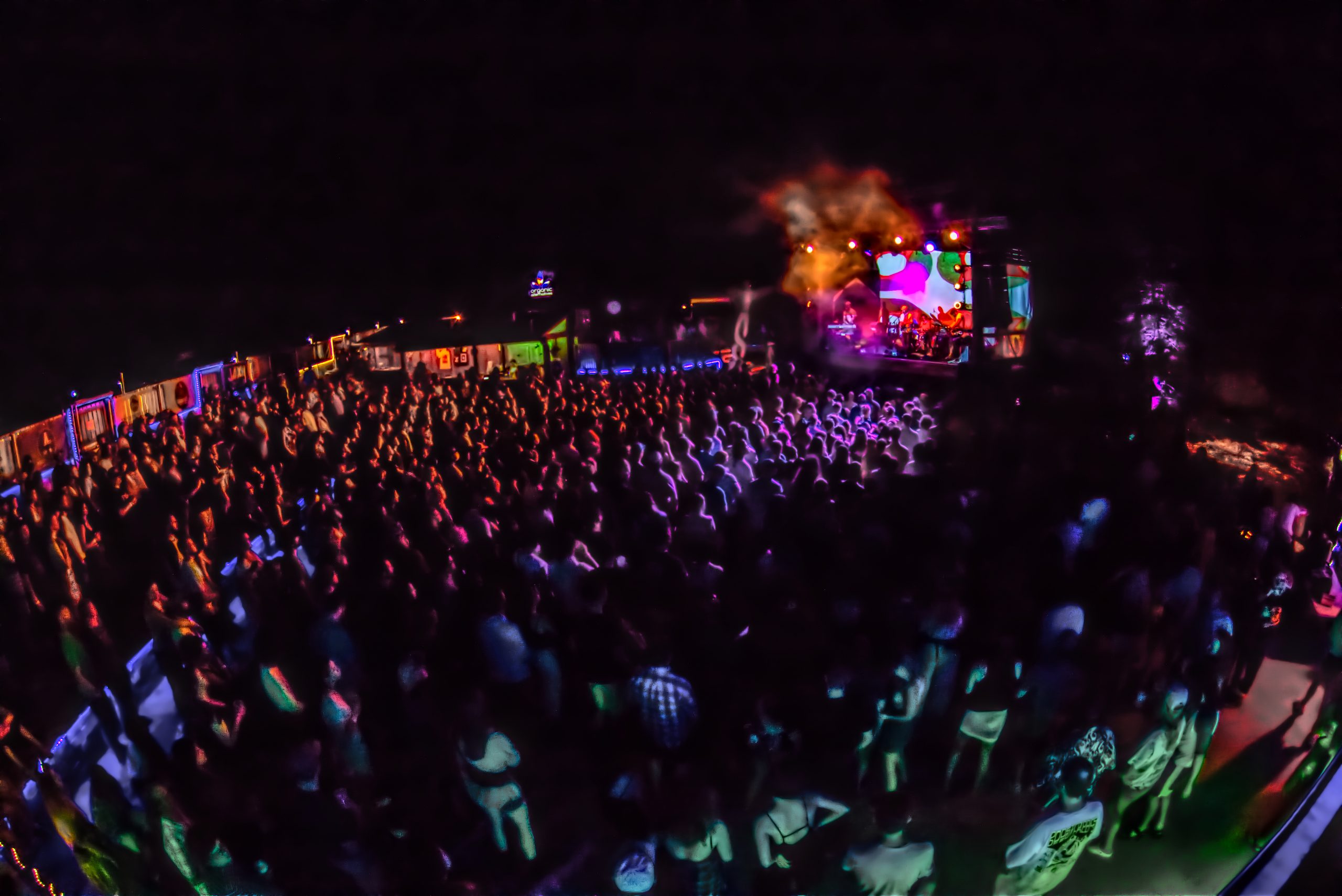 Animal Collective entered the stage, and the rest was a timeless blur. Everybody was fully locked in, fully present in the moment. For the duration of the show, the individual egos of the crowd had died and become part of a bigger collective – an Animal Collective, only possible at the Mish. 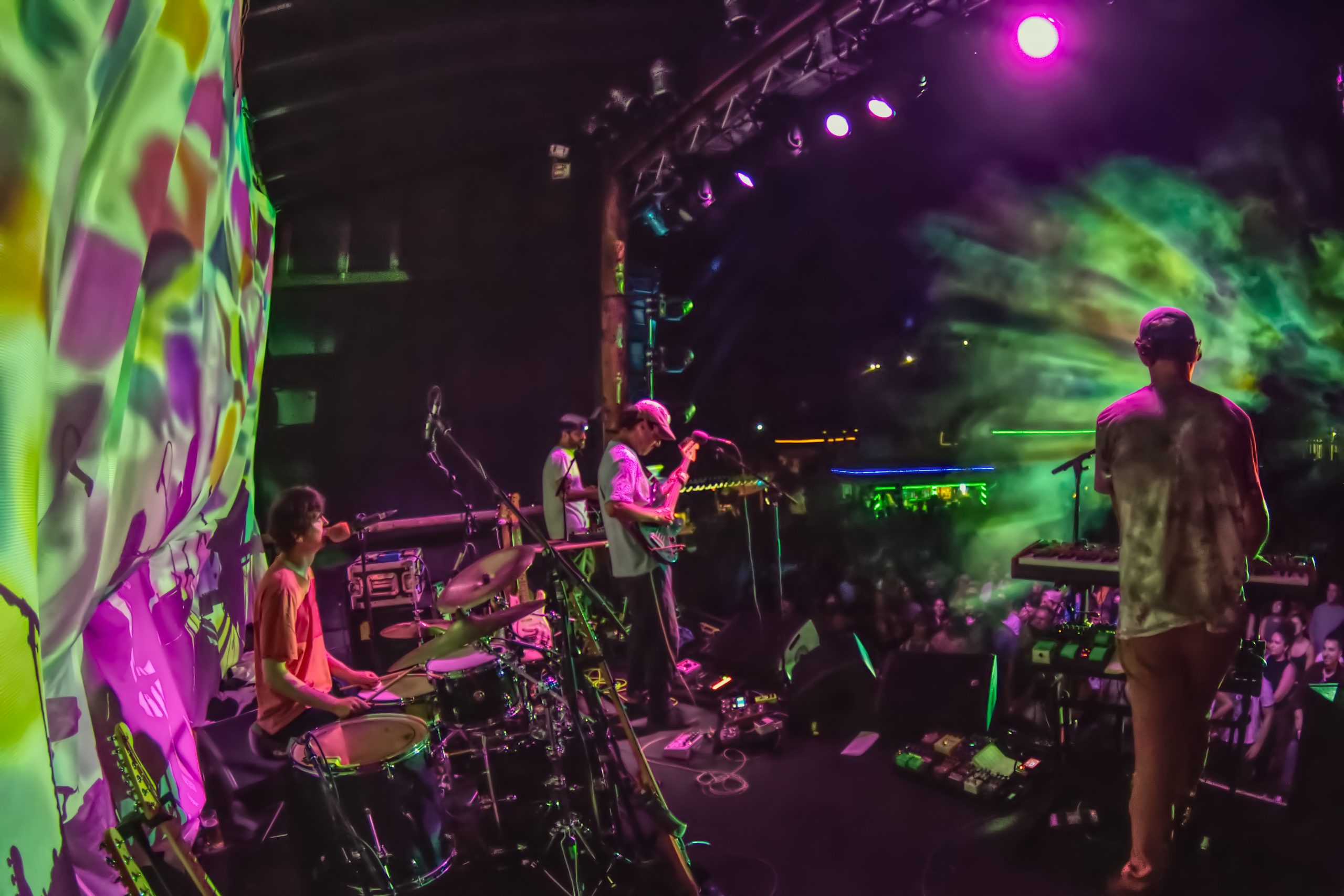 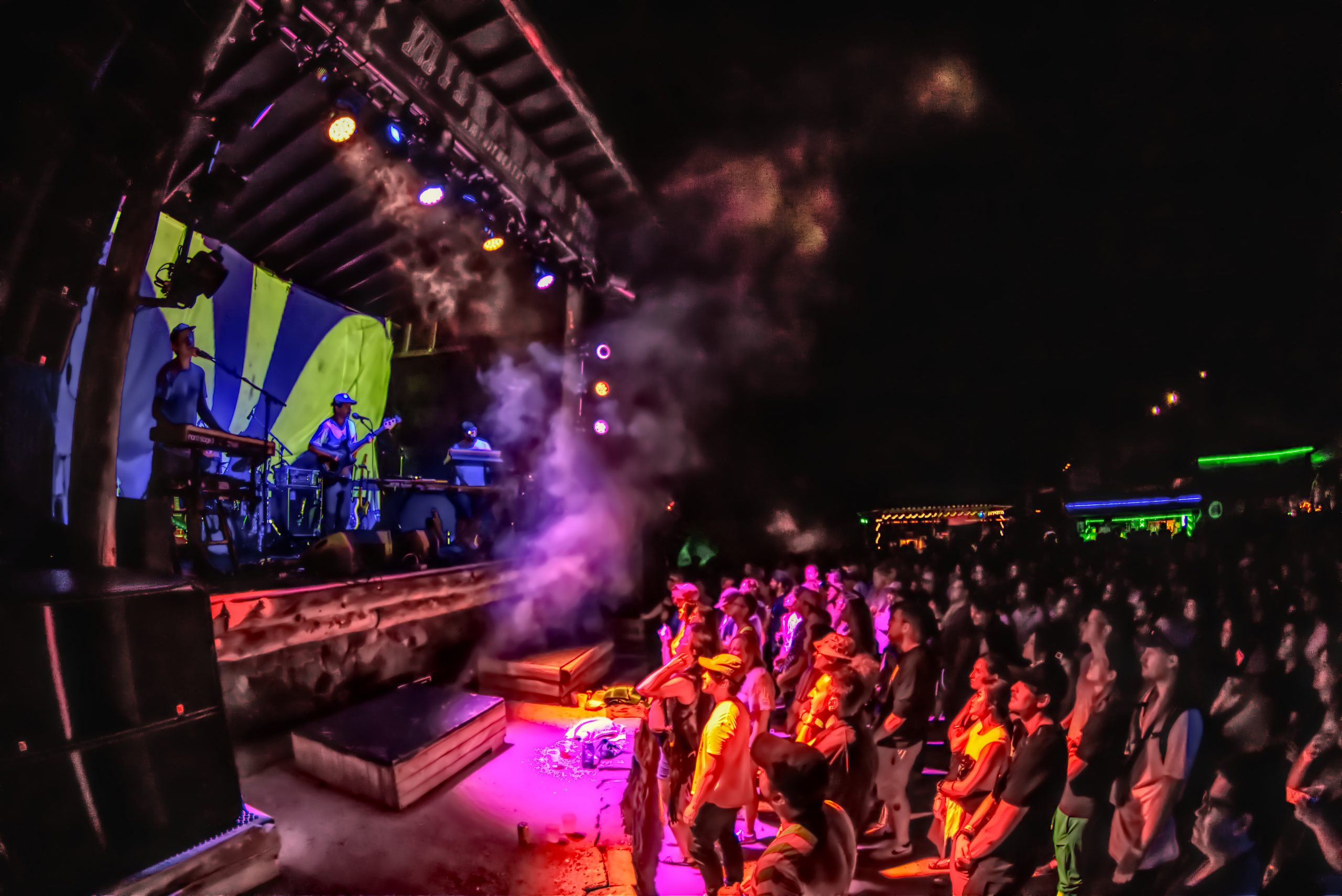 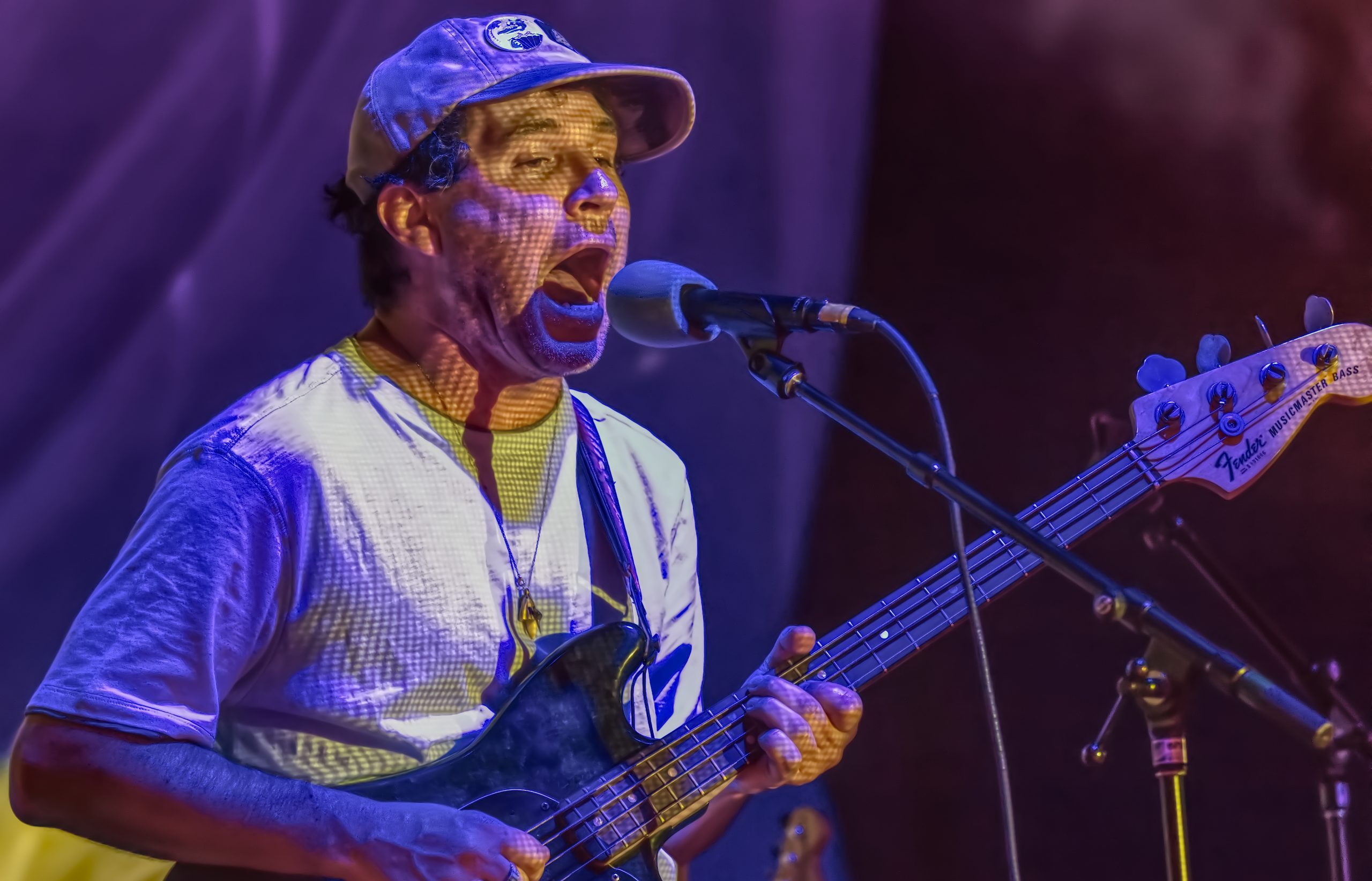