On Friday, October 2nd, the weather was certainly getting colder up in the Poudre Canyon but that didn’t stop the show! We were happy to have Dubskin and Policulture play as well as have a fundraiser for the Cultural Enrichment Center of Fort Collins and the Aware / Awake Collective for a reggae filled Friday night.

The night started off with  fantastic speakers from the Cultural Enrichment Center of Fort Collins and the Aware / Awake Collective reminding us to love one another and speak up for what is right. Reminding us that in these unique times we need to come together as one and look after each other. The posters they sold throughout the night went directly to the groups. After the speakers, a sense of love surrounded the venue and Policulture took the stage. 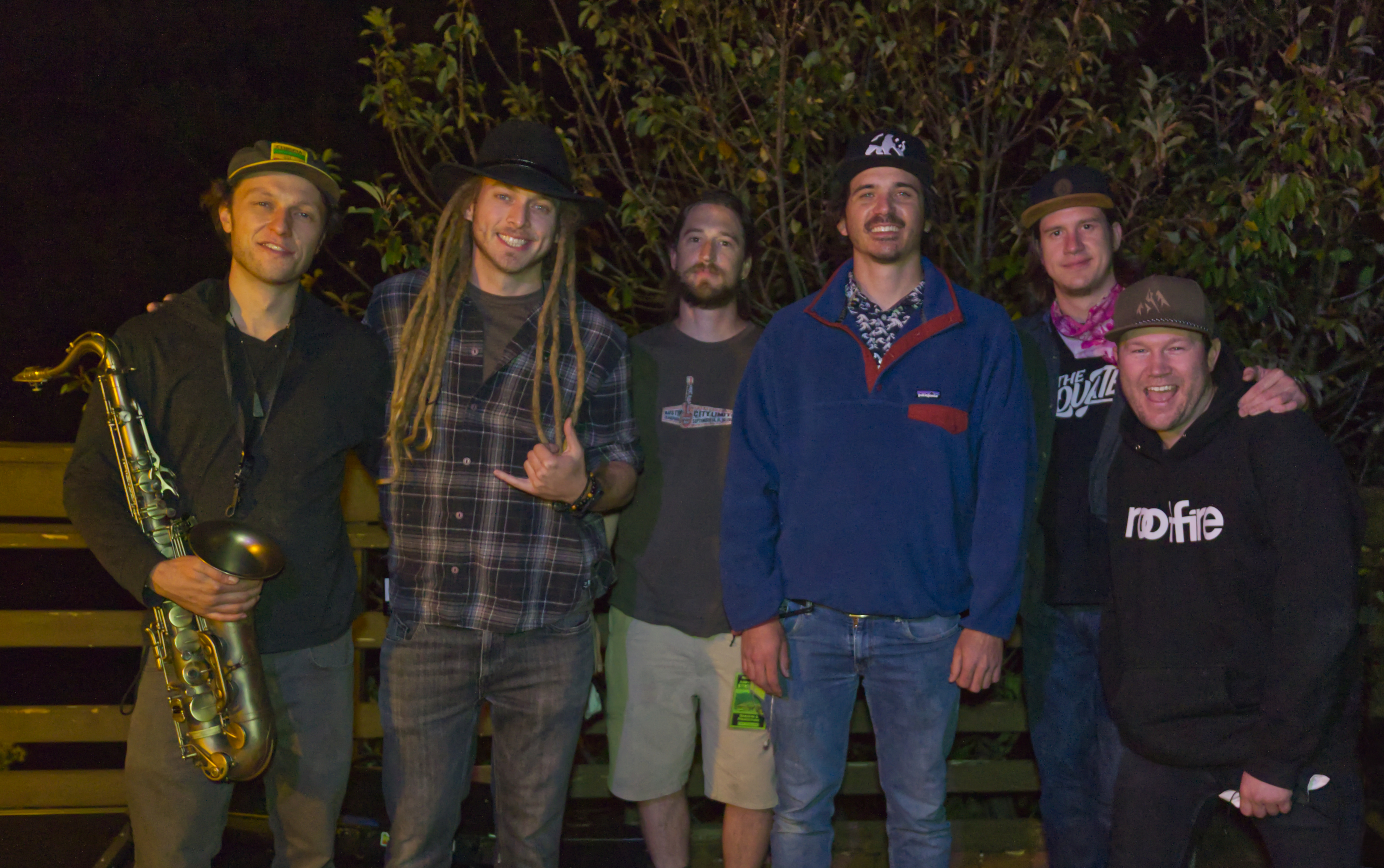 Policulture is a unique six piece mountain reggae band including Matt Niederhauser (lead vocals, guitar, and melodica), Nick Sumner (keyboards), Kyle Jerome (saxophone), Thom Holum (trombone), Christopher Bell (bass), and Casey Theroit (drums). Together they bring the sounds of the coast to the mountains to create their sound. Policulture is proof that growing up in the mountains doesn’t mean that you can’t love reggae music. 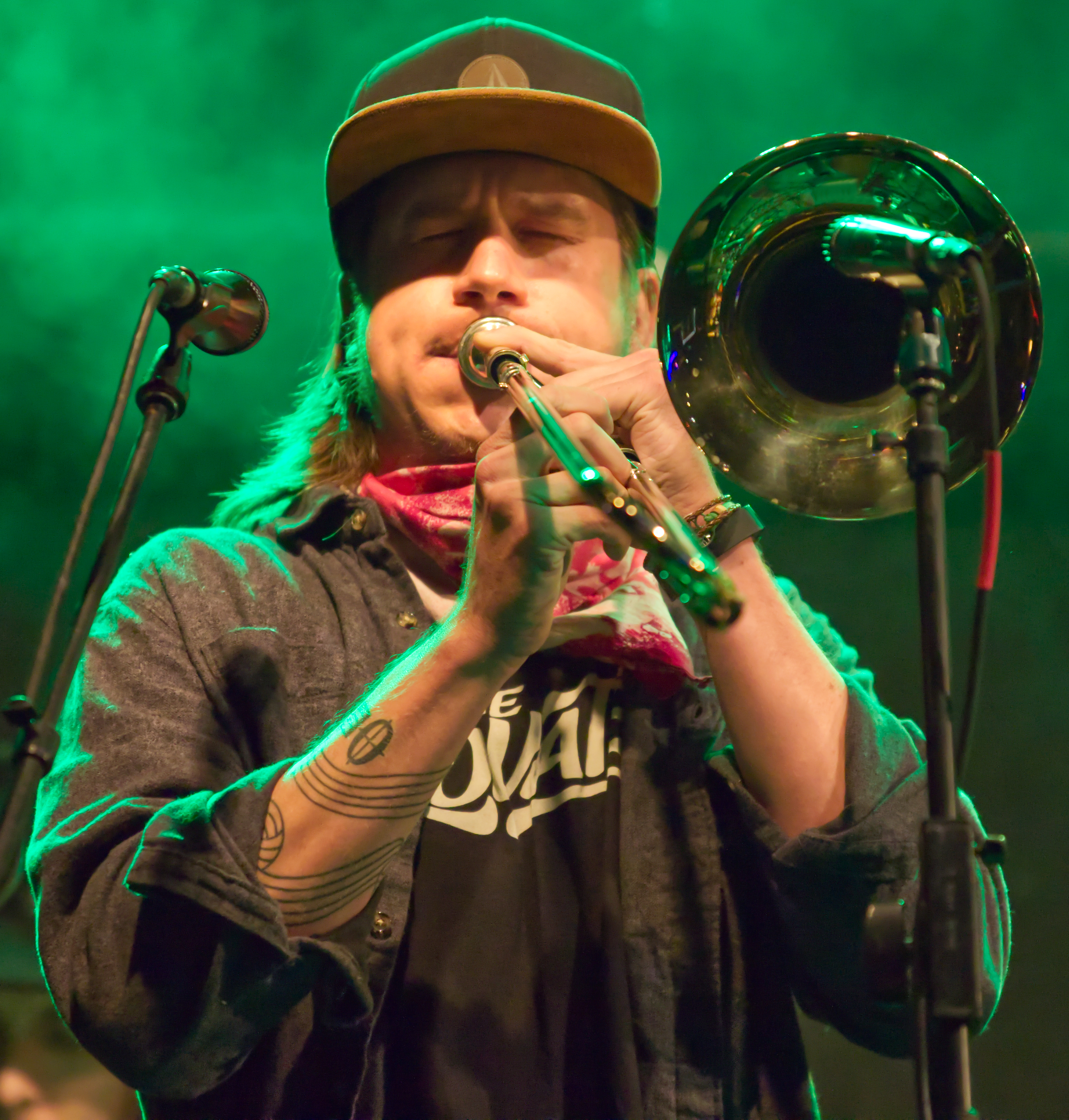 Thom Holum is pictured above rippin’ the trombone illuminated by green smoke and heavily focused on the song at hand. Policulture was formed in 2010 in Boulder, Colorado on the grounds that they would play music in a genre that mixed contemporary reggae with their upbringing and surrounding environments.

Above, a  fan raises a beer in their own little socially distant party bubble in respect for the show that Policulture put on. The fan beside her throws his hands up in excitement from the performance as well.

Matt Niederhauser shows his impressive multi-instrument skills playing the guitar and the melodica. Policulture was the perfect pair for Dubskin because of their unique reggae sounds. Policulture definitely has a special sound!

Policulture incorporates a lot of horns, as pictured above with Thom Holum and Kyle Jerome. Their songs definitely got the crowd stoked for the night to come that was filled with love, fun, and memories. Up next, it was Dubskin’s turn to take the stage.

Dubskin is an exciting reggae/rap band consisting of Jamal Skinner (vocals), Cory Eberhard (drums), Dean Curtis (bass), Matt Wright (keys), Matt Grundstad (percussion), and Mike Tallman (guitar). The band has been playing together for over ten years and was formed out of Fort Collins. The two founding members were Jamal Skinner and Cory Eberhard. 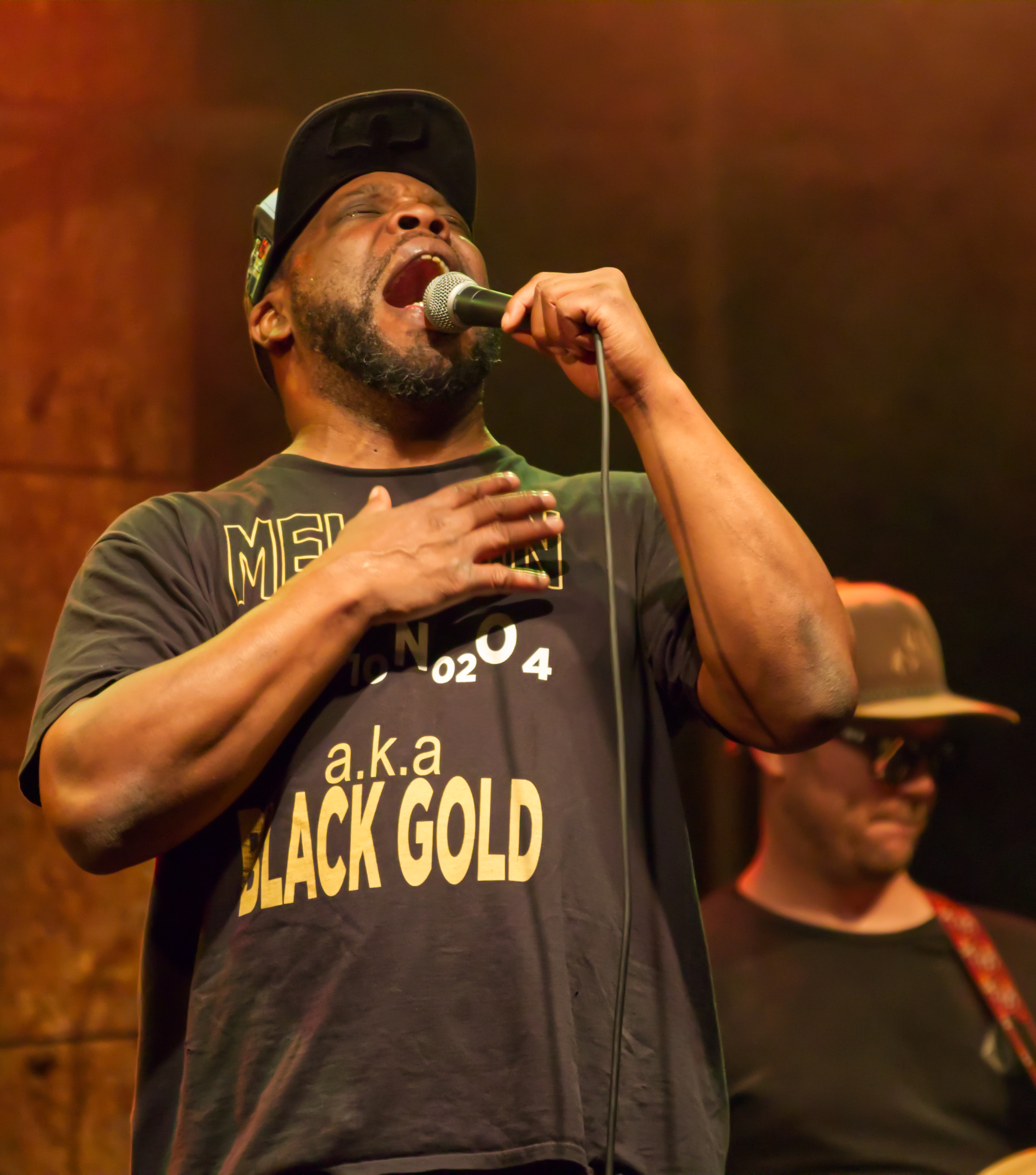 Pictured above is the incredible vocalist Jamal Skinner whose deep hard-hitting vocals rocked the canyon and got the crowd vibing to his songs praising love and touching on real world issues. His reggae lyrics are paired with rap that can be complimented by a catchy heavy bass rhythm. Dubskin has performed with many reggae legends including SOJA and Collie Buddz. 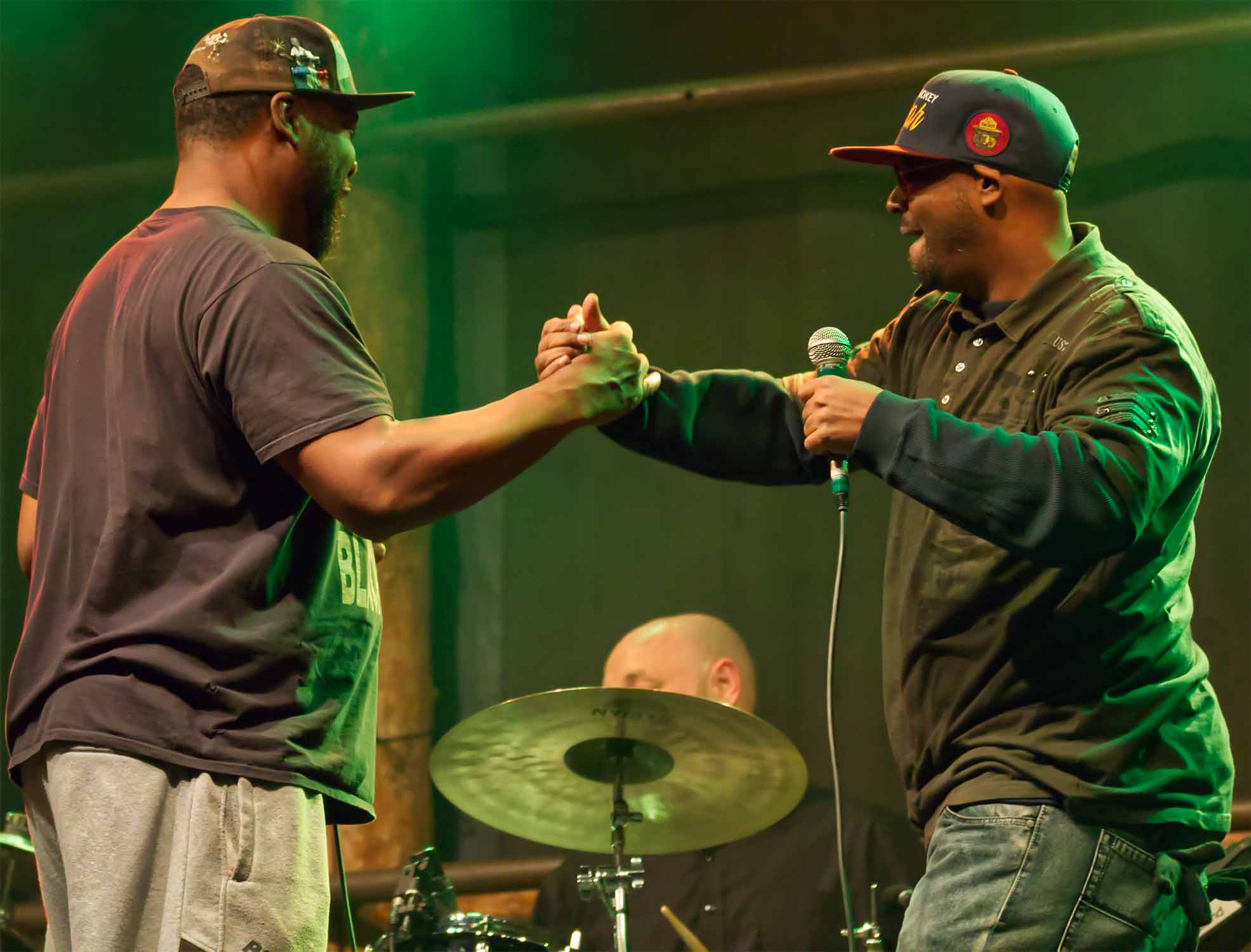 Dubskin has played many festivals and large stages including Red Rocks, Camp Bisco, and Summer Camp. These festivals draw amazing crowds and the Mish was no different being a sold out show. Dubskin has not played in months due to COVID-19 and was overwhelmed with joy to be back playing again! It showed on stage with the amount of energy that they brought with them.

Jamal takes a second out of the show to thank the Cultural Enrichment Center of Fort Collins and the Aware / Awake Collective for being a part of the incredible night, and reminding us what makes us human such as love and care for one another. He tells the crowd to look at the person next to them and tell them you love them, whether you know them or not. It was an amazing moment of camaraderie. 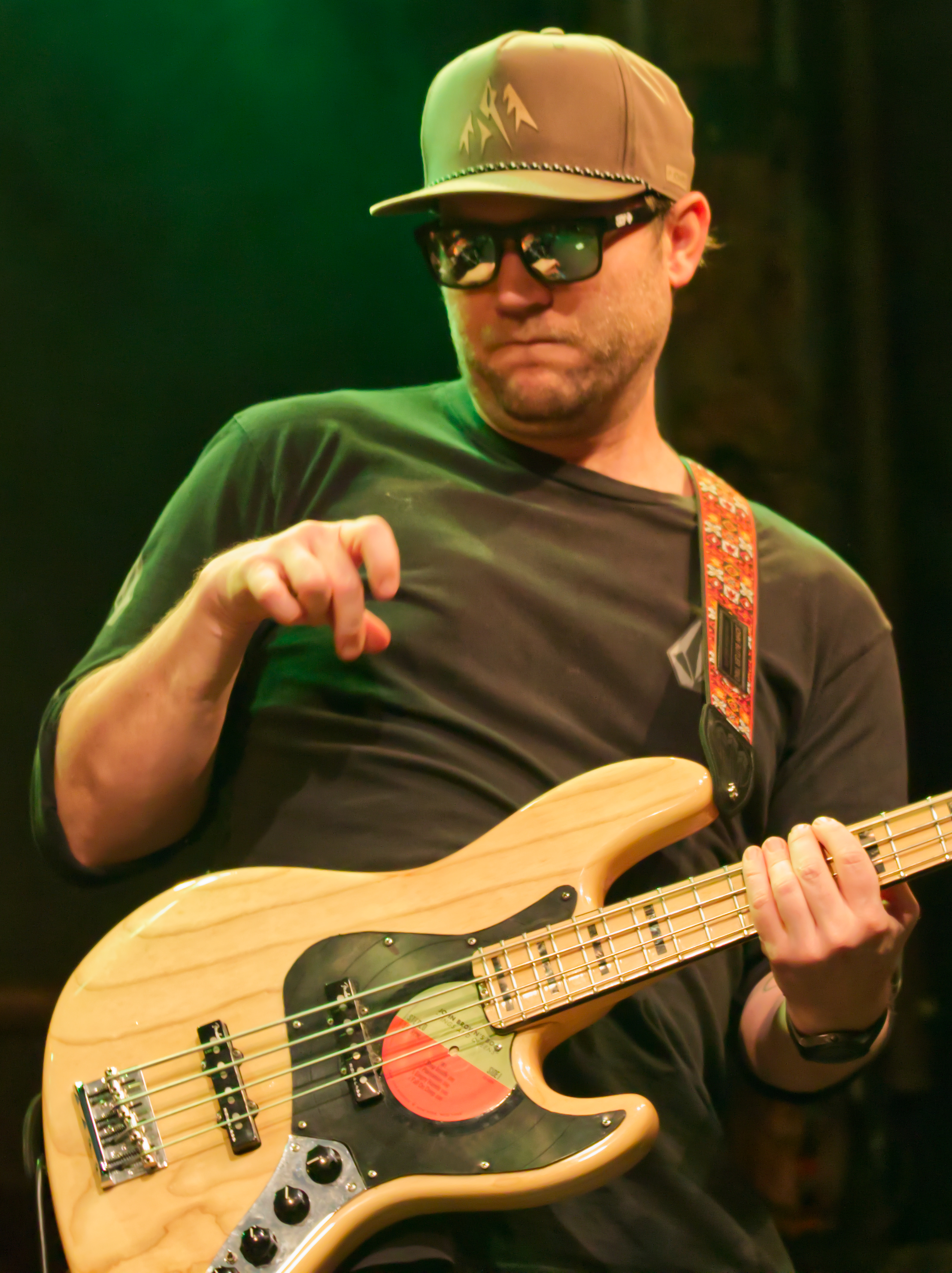 Above is Dubskin’s incredible bass player Dean looking legit with a fly pair of sunglasses and mountain baseball hat. He repped a beautiful wood grain bass guitar, plucking it to perfection. The catchy bass line is one of the key aspects to Dubskin’s success and island rhythm.

Matt Grunstad accents Dubskin’s rhythm with a couple sets of bongos and a standing symbol. Several songs have parts that are solely bongo based giving him a chance to slow the natural beauty of his instrument when it’s put in his hands. 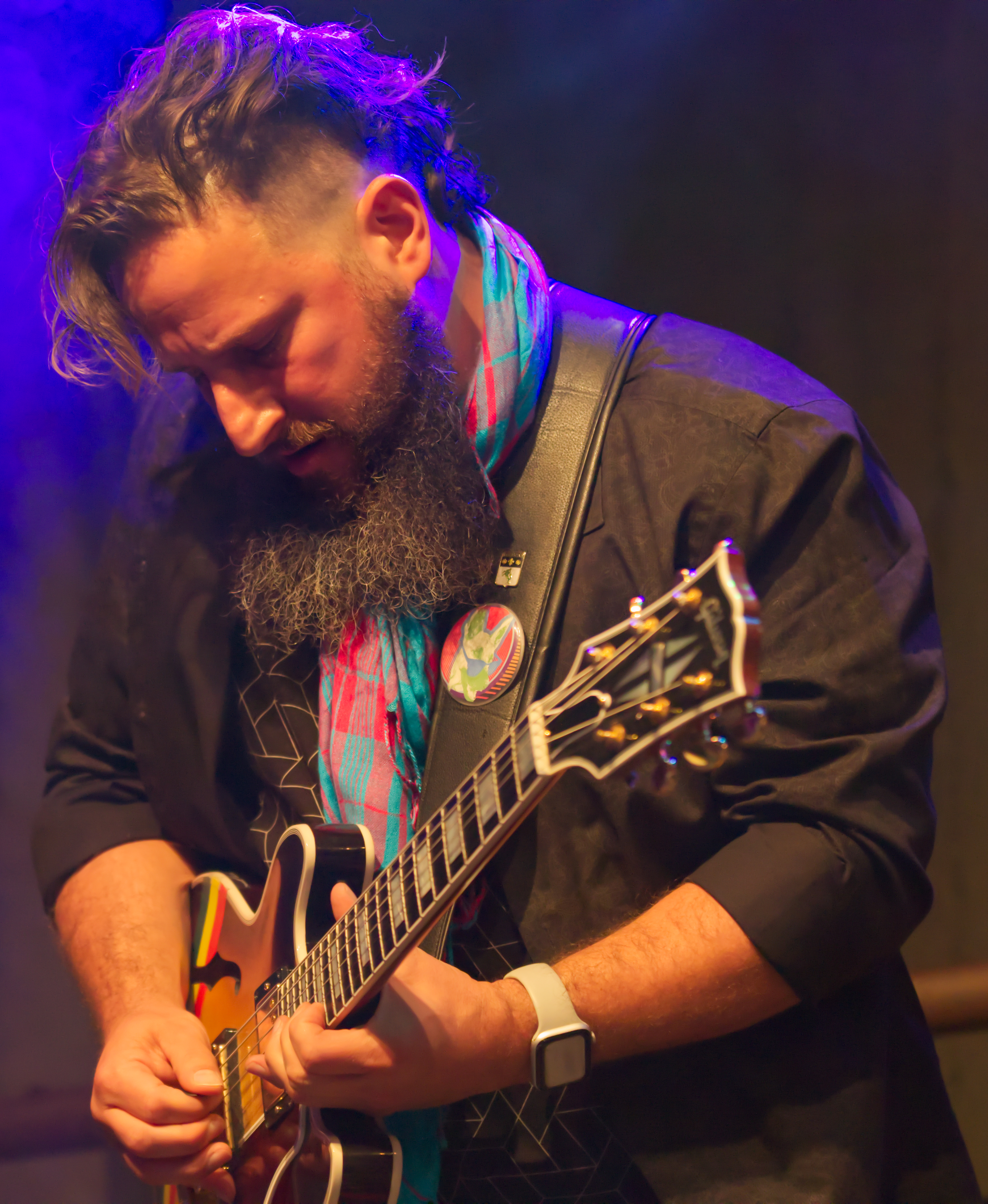 Pictured above is Mike, the guitarist, styling with a blue and pink scarf that perfectly compliments his exquisite beard and hair. No pick was needed here with this type of skill. Plucking cord to cord effortlessly all show long, his fingers can take it. 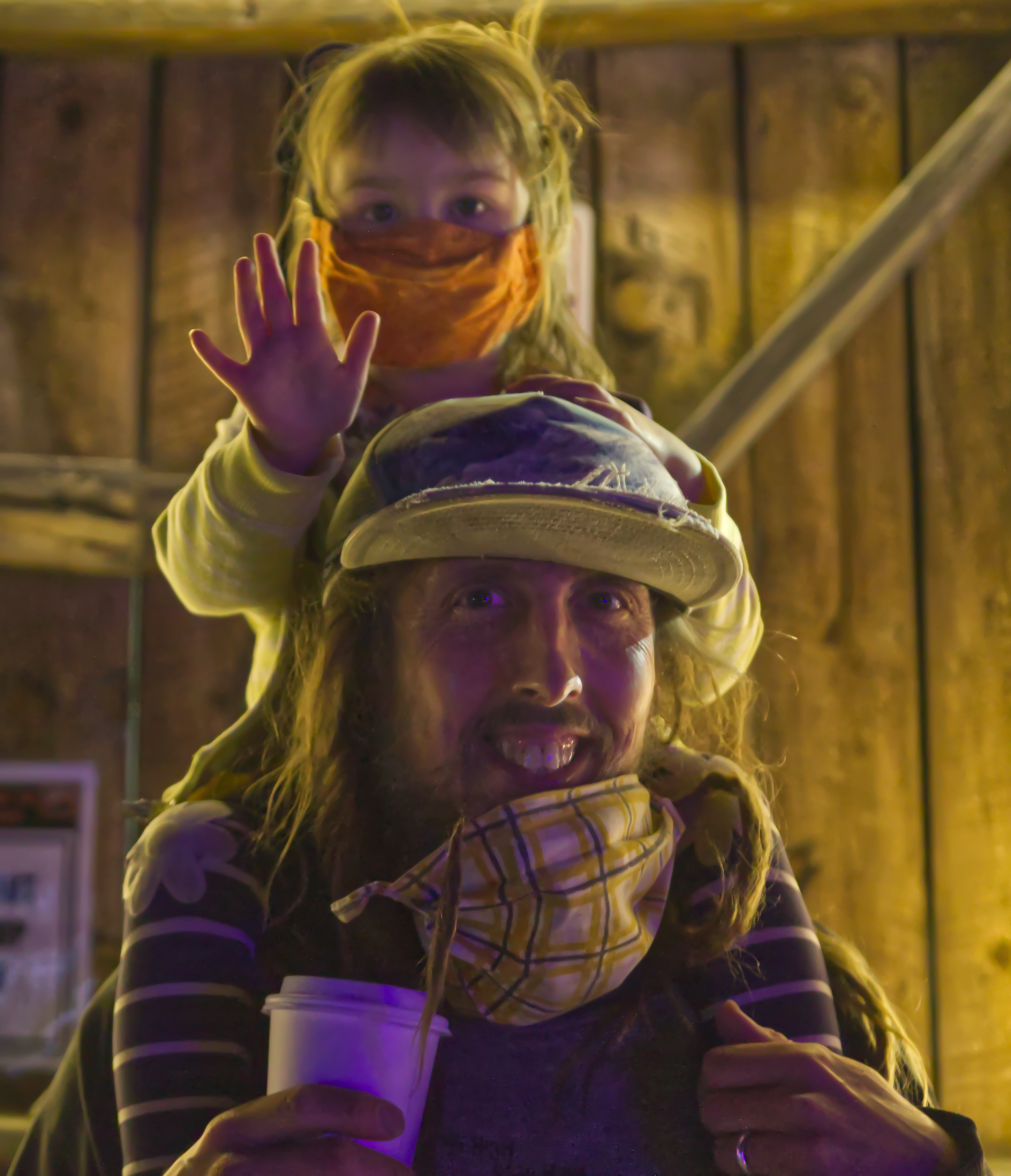 Wylie’s daughter enjoyed every second of the show, just like her dad. Maybe a little more when she got to ride on his shoulders after. Dubskin is clearly a family-oriented group, taking care of one another families and loved ones. At the Mishawaka we pride ourselves in hosting a safe environment for our patrons, staff, artists, and their families. We were overjoyed to have Dubskin, Policulture, the Cultural Enrichment Center of Fort Collins, and the Aware / Awake Collective.