As we prepared for a night of song and dance, the production crews and artists had successful sound checks in the smoldering heat, building excitement in the venue.

Our very own local band Porlolo brought sass and high volumes of energy for their opening set. 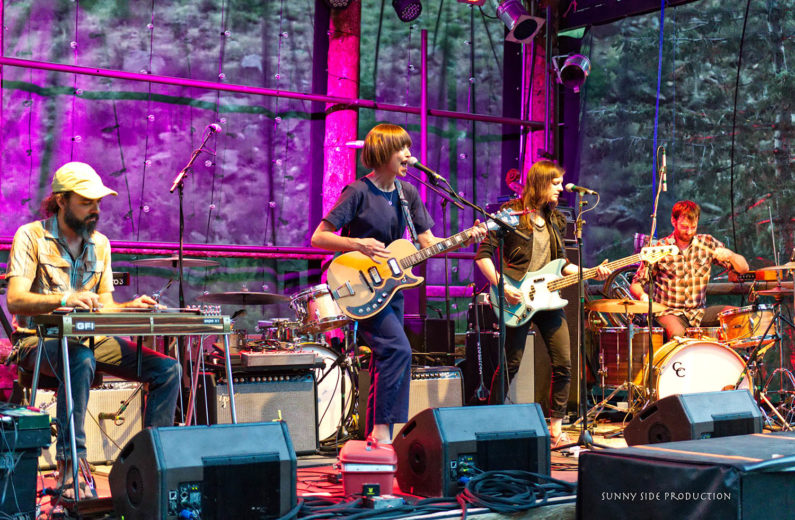 Porlolo opening up the night

As the crowd filled in with their chairs and settled in with their beers, the tunes had everyone singing along and groovin’ at the front of the stage. Porlolo’s kind-hearted spirits made it such an honor to have them here at The Mishawaka and we are pumped for their return at the Sister Winds Festival at the end of August! 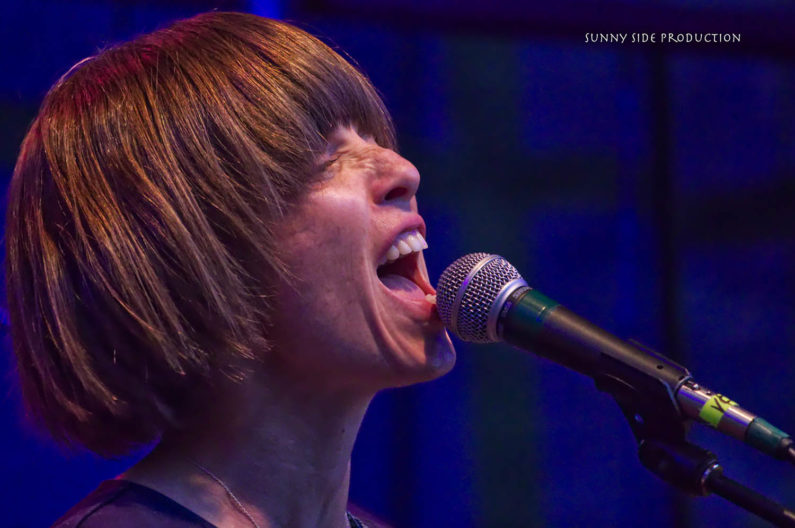 Erin Roberts from Porlolo on vocals 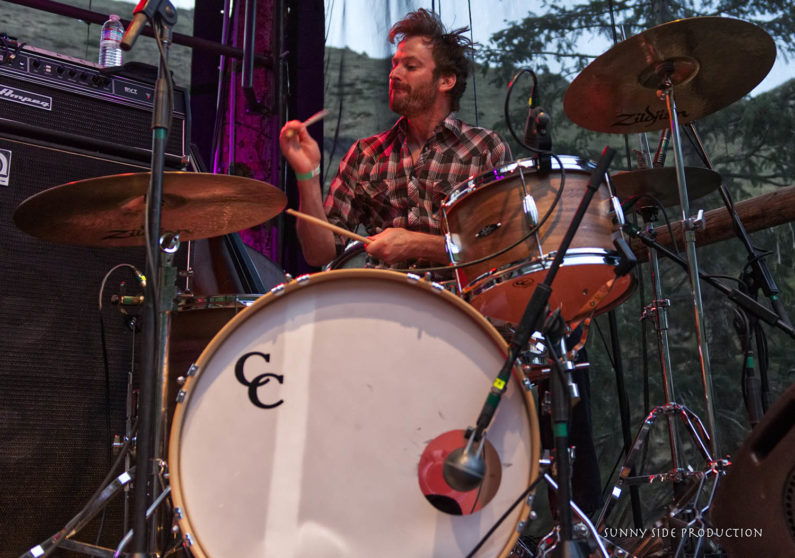 Tom Moore from Porlolo banging on the drums

As The Reminders took the stage, you could tell the audience was taken aback as they had not expected the performance that was about to be delivered… The duo pulled out all the stops – everything from an upbeat, choreographed intro to lyrical raps tied in with beautiful harmonies. 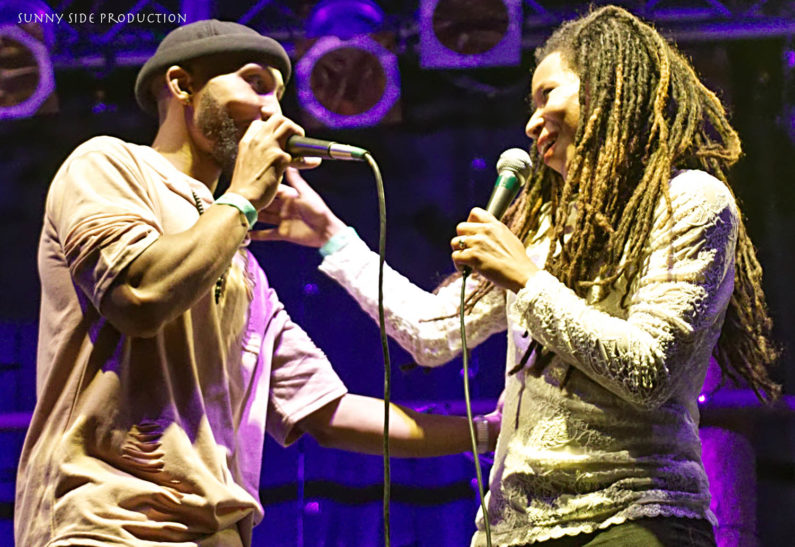 Aja Black and Big Samir from the Reminders

The emotions from the crowd were unstoppable, everyone was on their feet with their arms in the air completely engaged in the diverse rhythms. Unlike anything we had seen before. 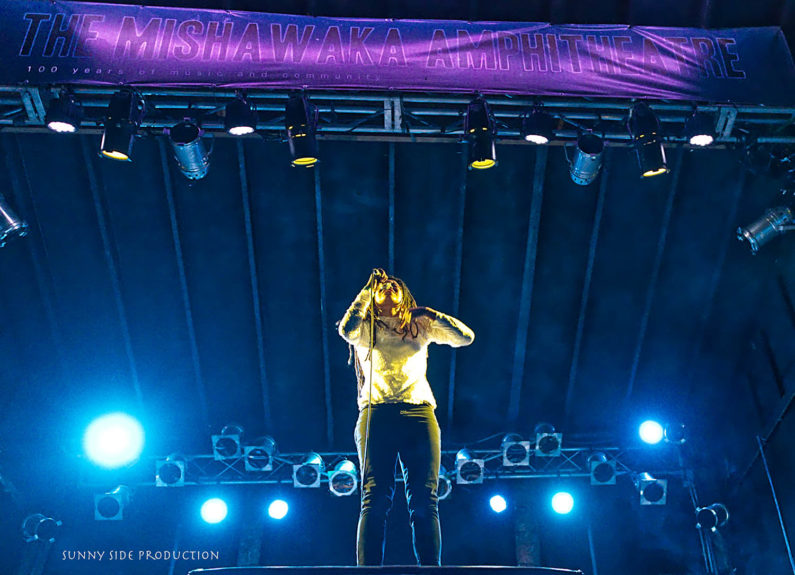 The Reminders invited their children to the stage to show off their skills and hype up the crowd. The hoop flows commencing brought a sense of community and was inviting to all families who had brought their children along for the show that evening. It was truly remarkable. 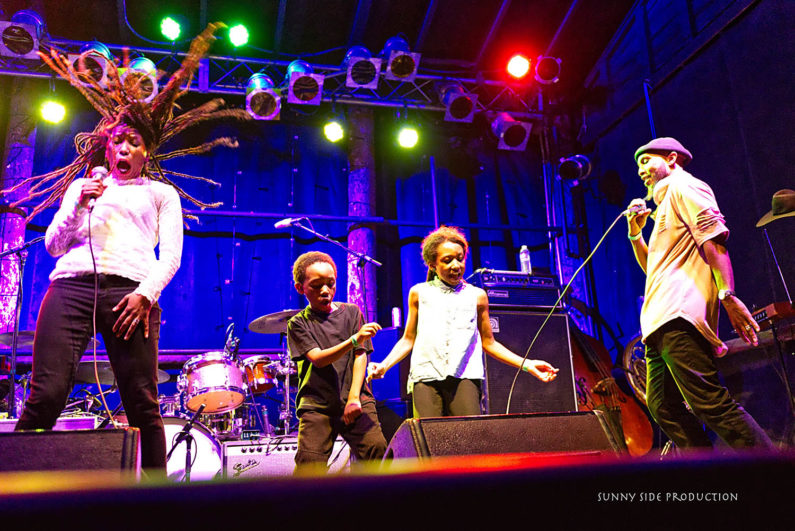 The Reminders joined on stage by their children 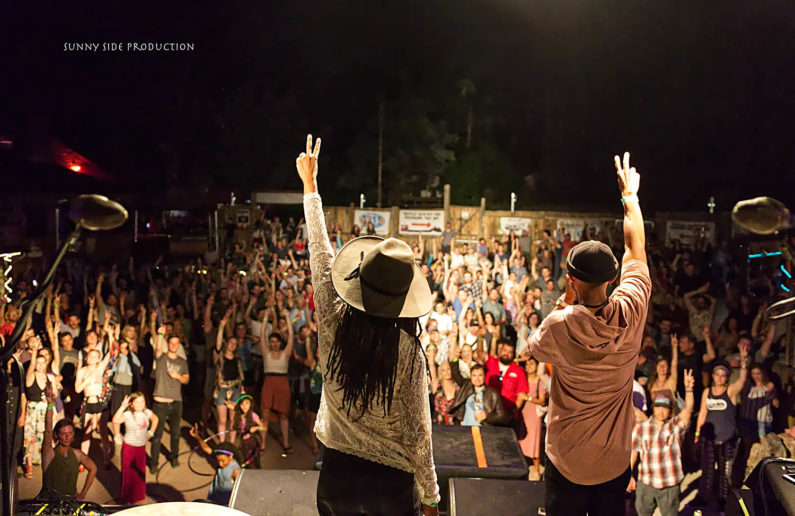 At the end of their set, the whole crowd was throwing up peace signs!

The crowd went WILD as headliner, DeVotchKa took the stage. Their assortment of unique instruments included an accordion, a tuba with eccentric blue lights, and a theremin: you don’t touch it to play it! AMAZING!

Nick Urata from Devotchka had an incredible voice! 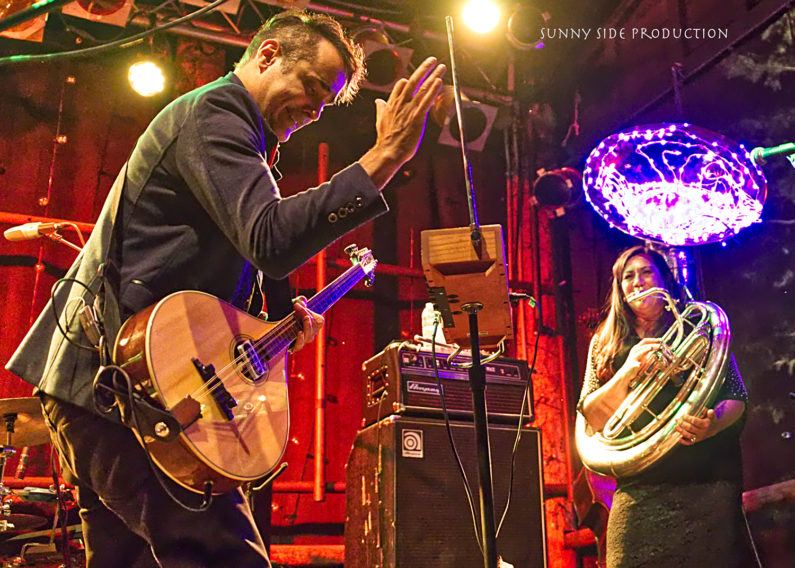 Nick Urata playing the Theremin with Jeanie Schroder on Sousaphone

Fans were dancing all night and the hooping continued as entertainment as well. Their set consisted of many new songs from their album This Night Falls Forever which brought a unique independent rock sound to the stage. 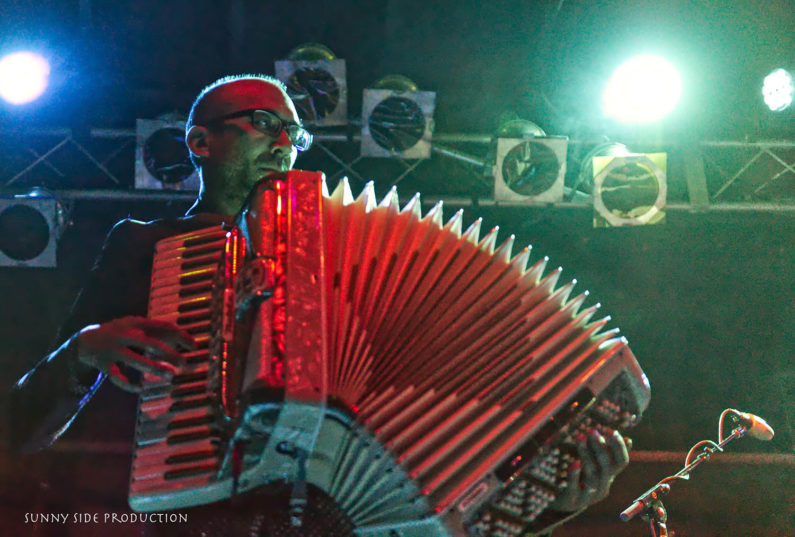 The joy that radiated from the venue that night was indescribable. DeVotchKa attracted such a positive environment and we are so blessed to have had them be a part of our family. Definitely a night to remember. 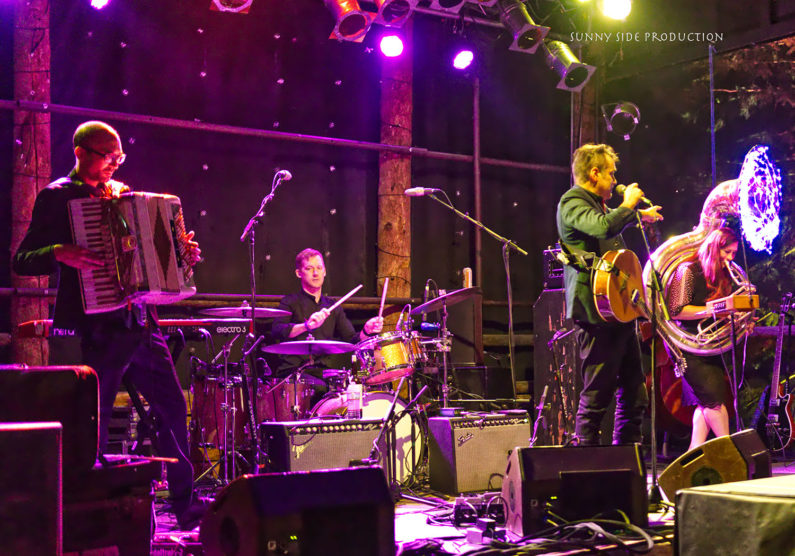