The week building up to our show with Desert Dwellers was a hectic one: students at CSU were coming back for school, filling Fort Collins with people all over! This made the Mishawaka the perfect getaway into the canyon for a Friday night full of music.

It had been a while since I worked a show at the Mish since our other interns were scheduled for our previous shows. The canyon welcomed me back with sunshine as I listened to “Shout” by ?& The Mysterians, a garage rock band that utilizes a Vox organ to shape their sound, it’s worth a listen!

My excitement for the show grew once I arrived at the Mishawaka and saw the Hummingbird Stage being set up for the night. It required a whole crew of people to set up and get the projectors dialed in.

Once everything was put together, it became a waiting game for the music to start. I could feel that it was going to be a special night at the Mish. 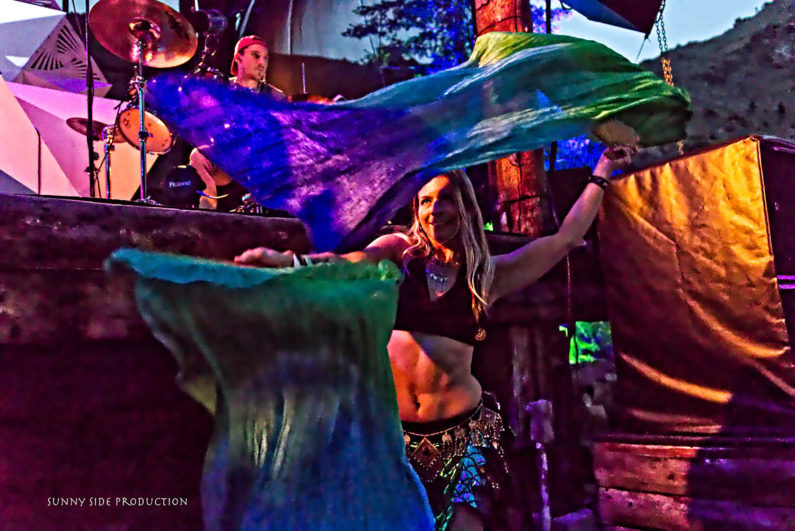 The dancers for Moon Frog were incredible!

Moon Frog opened up with a dreamy set that mixed in guitar and drums for a more organic electronic sound. They also included an amazing use of dancers with colored cloths waving through the air and a dancer with light-up blades he made himself! Watch the video below to see what I’m talking about. 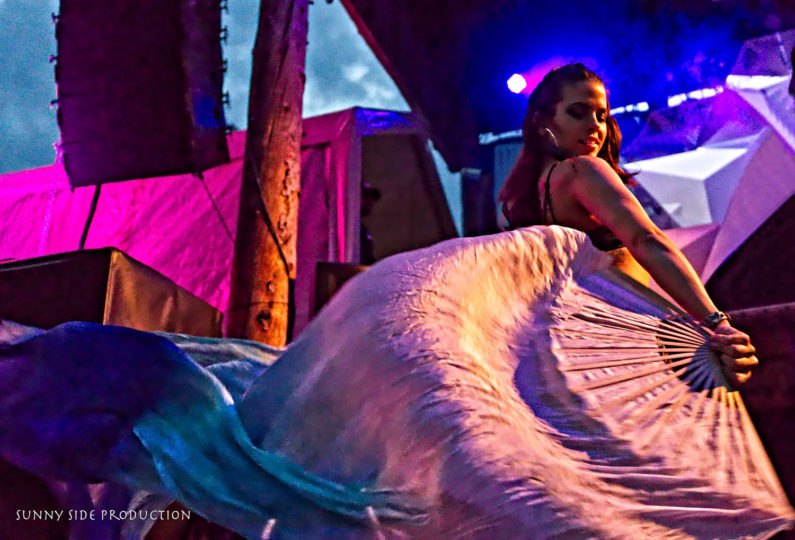 Another look at Moon Frog’s dancers!

After Moon Frog let the night set in for everyone, Thriftworks came out and played a killer set! 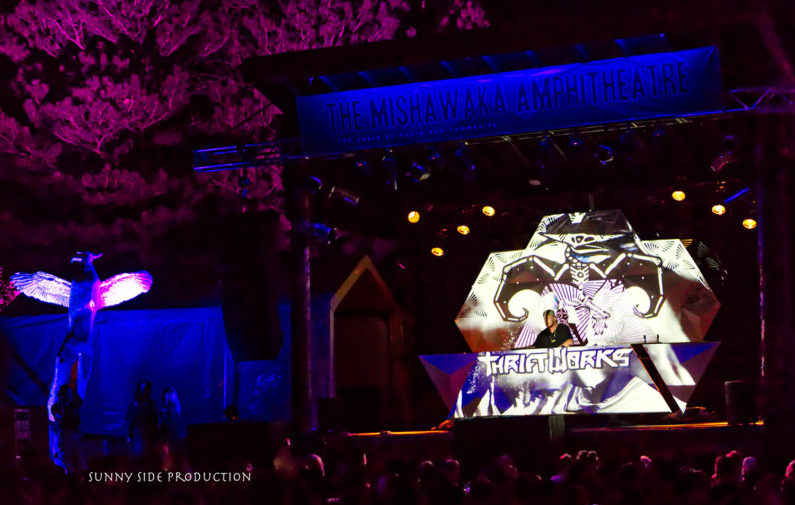 His electronic music is very unique to say the least. He mixed such a wide variety of samples into his set that kept me as well as the audience captivated the whole time. While I was in the audience I met a woman named Tianna who said she had been waiting to see Thriftworks for years and that her mind was blown afterwards! 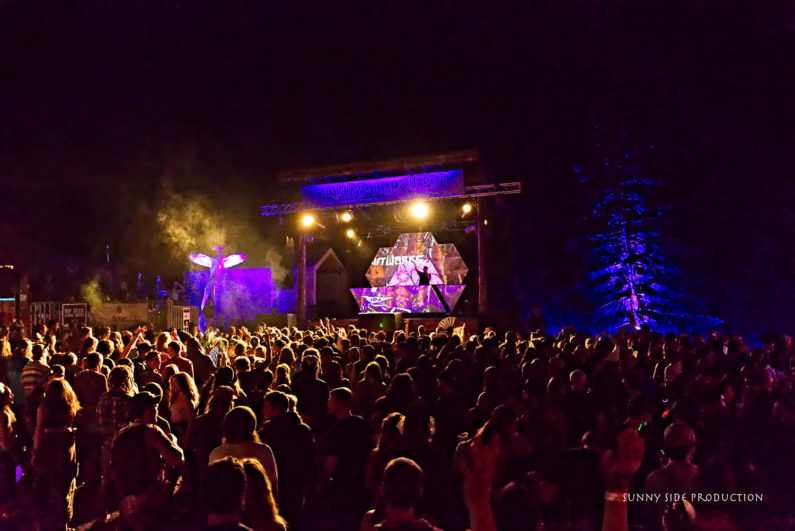 The crowd couldn’t get enough of Thriftworks! 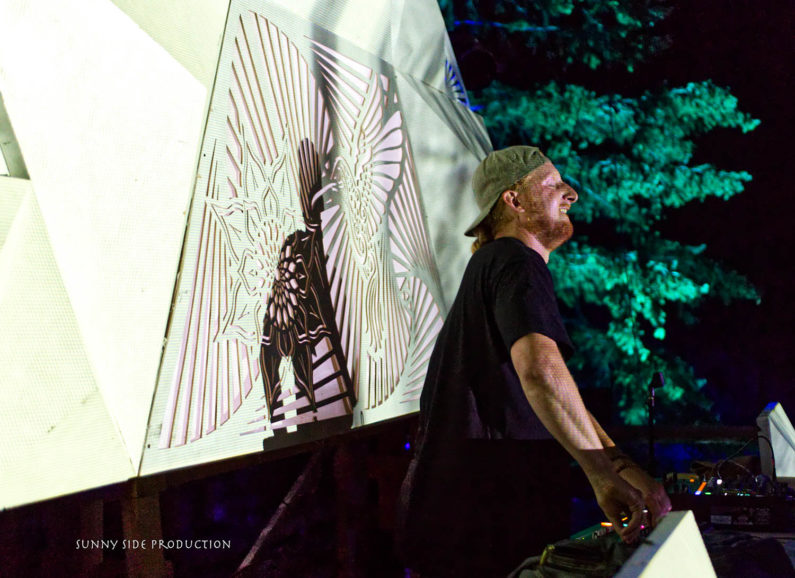 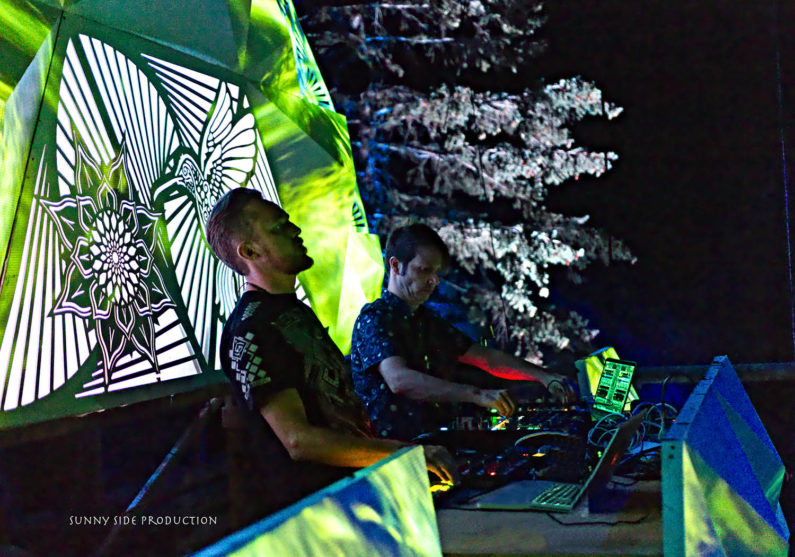 Finally, the time had come for Desert Dwellers to take the stage and I must say, they saved the best visuals for last. The way the visuals combined with their music couldn’t have been more perfect. 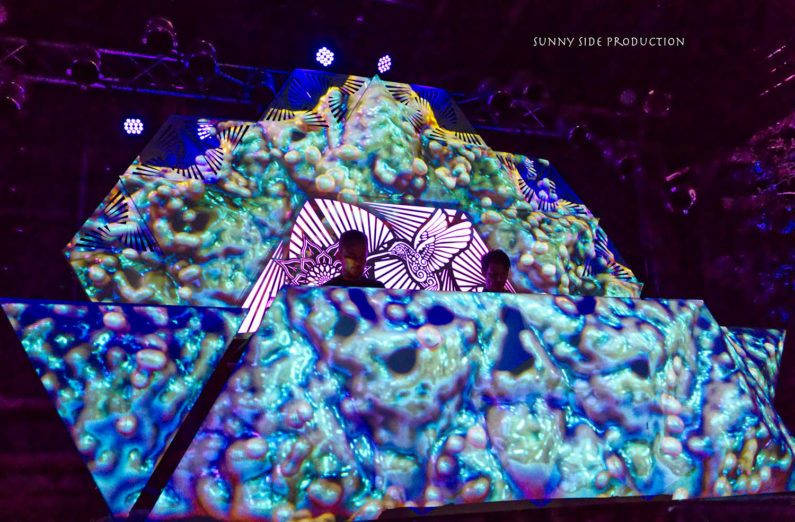 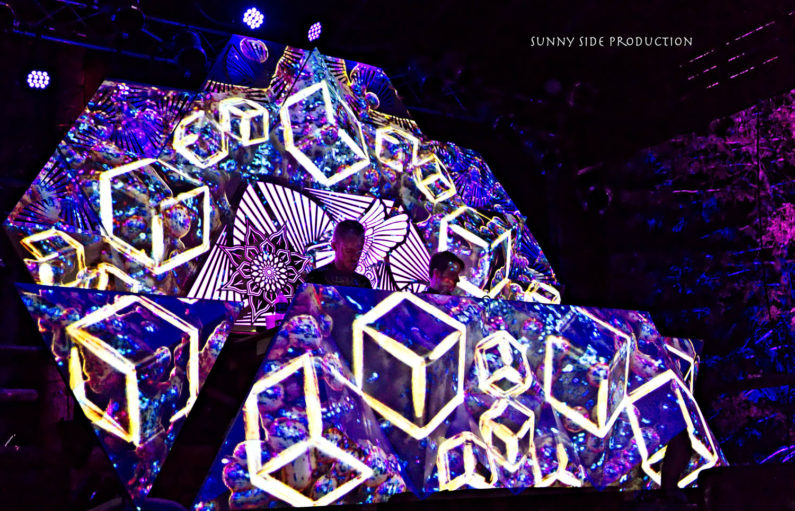 These pictures are just a taste of the Hummingbird Stage’s visuals check out Sunny Side Production’s video to get a better look!

Their psychedelic electronic sound samples many different types of world music and was nothing like I had ever heard before. Everyone around me was dancing and moving with the music in their own way with smiles on their faces.

Desert Dwellers’ ethereal sound was more than welcome at the Mishawaka that night and we can’t thank them enough for bringing the Hummingbird Stage back. Thank you Desert Dwellers, Thriftworks, and Moon Frog for a beautiful night! 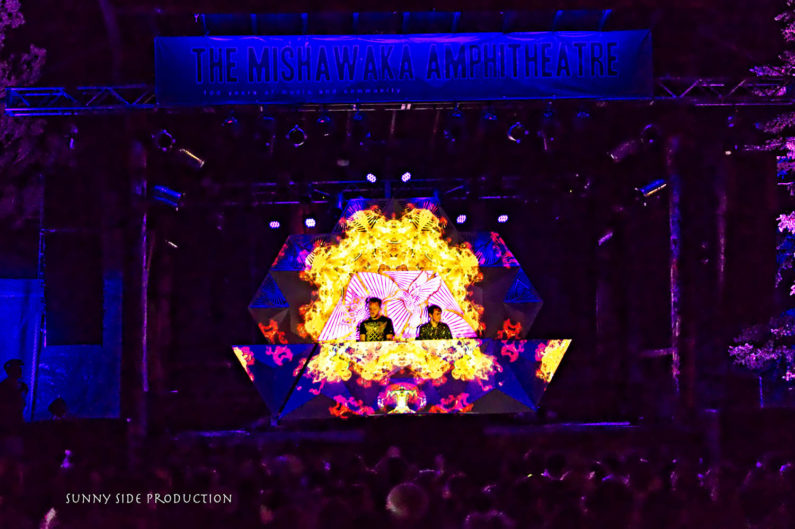