As has become our tradition, we prefer to show Rocky as the second half of a double feature, giving fans a chance to chat and warm up to the concept of yelling at the screen.  This year, we selected the cult classic Army of Darkness to start the night off. While we did have some dedicated fans of the feature (one even came dressed as Ash), other audience members were enjoying this 1992 movie for the first time.  Needless to say, it had more than enough ‘camp’ to satisfy the avid Rocky fans. Our customized double feature drink menu probably helped a bit too.

Our Rocky Horror Picture Show shadow cast this year stayed true to many of the time tested routines and gags, but they updated several jokes to fit today’s political climate.  They opened with a quick speech about the importance of consent, before selecting a male audience member to strip during the opening credits. It was at this moment I realized some of our patrons had not witnessed a shadow cast, and were at least a little apprehensive not knowing what to expect. (Sorry the pic is blurry, and I didn’t get any of him with his shirt off) 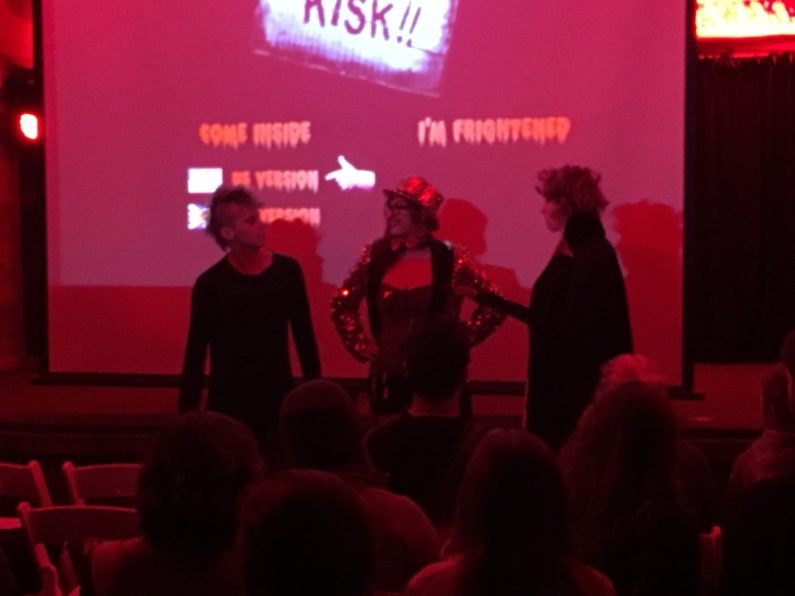 This apprehension was short lived, in no time our shadow cast had the whole crowd on their feet and dancing to the Time Warp.

By the end of the film, the audience felt unified.  We had come to see a movie, but got an experience that was more than that.  We can’t thank our shadow cast enough for their passion and energy. 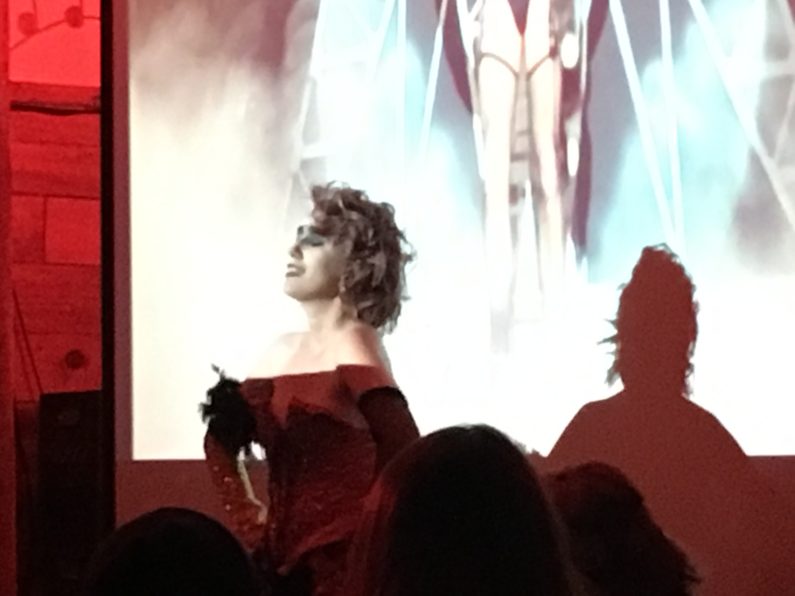