On June 19th, local band Dead Floyd, along with supporting acts Good Gravy! and Better than Bacon, rocked the stage on what was a near perfect evening. The blistering heat of the day gave way to a clear night sky and a beautiful display of stars. The crowd filled the Mish, yet had enough wiggle room to dance and sway to the melodic jams. And all of the acts put on spectacular performances. The only thing missing was a collaboration between Good Gravy! and Better than Bacon, which would have created the most delicious band combo ever. (Better than Good Gravy Bacon?) 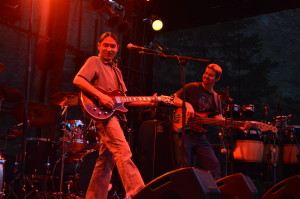 The evening started out with local band Better Than Bacon who, judging by their name, have a lot to live up to. The band focuses on no-frills, no-bullsh*t musicianship and good ol’ fashioned rock’n’roll, with influences of soul and funk thrown in for good measure. Headman James filled the venue with soulful lyrics and guitar riffs that would’ve made B.B. King jealous. While the band was good, it’s still undecided if they are, indeed, Better than Bacon. With such a bold claim, it’s hard to make a decision. On one hand, you have the greasy, soul-mending pork strips that is bacon. On the other, you have a solid rock band who knows how to get a crowd moving. I’m still torn. 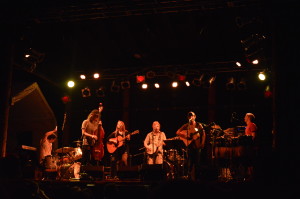 Keeping the theme of amazing food going, Good Gravy! followed up the Bacon Boys with a set of bluegrass goodness. Another local band, Good Gravy! consisted of two acoustic guitars, a banjo, an upright bass, drums and percussion. The band wasn’t afraid to stray from the set list, and a fair amount of improvisation was added to liven up the show. The bluegrass group provided a much needed transition from the rock’n’roll of Better than Bacon to the psychedelic jams of Dead Floyd. 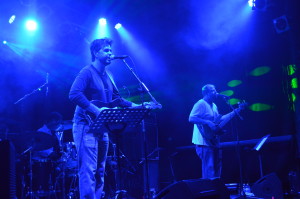 Once the crowd had full helpings of Bacon and Gravy, it was time to digest and vibe to the songs of rock legends. Dead Floyd, a local band, exclusively plays covers of two legendary bands you may have heard of: Pink Floyd and The Grateful Dead. The crowd swayed in harmony as the tribute band played two sets of classic hits, along with some lesser-known tracks from Syd Barrett and Jerry Garcia’s extensive discographies. Accompanying the jams was an incredible show of colorful light and lasers, which fully completed the psychedelic feel of the set. In fact, the crowd was so into it, I would look around at certain people and ask Hello?… Is there anybody in there??

Overall, the show was a smash hit. Some people even threw bread at the all-stars, but nothing could break the spirits of the group. They continued on with the set, laughing with the crowd, and not threatening to beat up concert-goers. 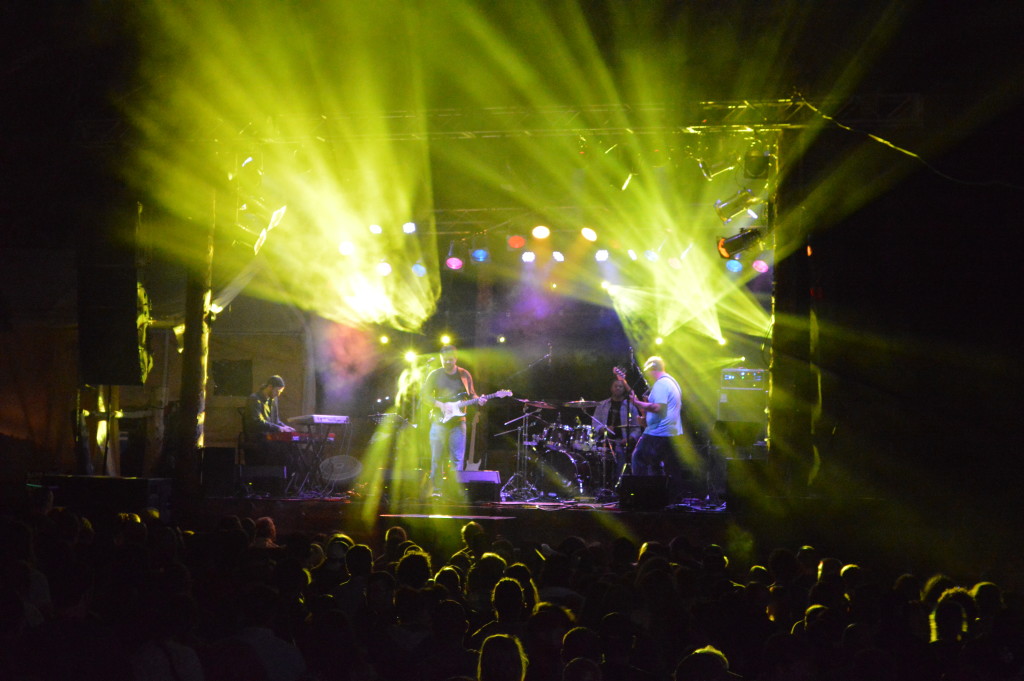