Being the venue that it is, the Mishawaka is always eager and excited to help celebrate the music of the Grateful Dead… and frequently at that! When DSO announced the show at the Mish this July 3rd, we knew we were in for a great time. Dark Star Orchestra opened up the night with a bash, as usual. An evening with DSO began at 10, and an anxious crowd was eagerly placed as close as possible to the stage, awaiting the legendary set re-enactment that was next to come. A powerful and impressive first set consisted of much character; classic favorites including a beautiful “Bird Song”, a “China Cat Sunflower” into “I Know You Rider”, and a fantastic spacey jam that quickly and surprisingly descended into a classic “Playing in the Band”. Other highlights of set one included, “Jack Straw”, “Ramble on Rose” and an electrifying “Cumberland Blues”.

The intermission and the house lights exposed the crowd for not only its intimidating size but also its pure and genuine love for the music of the Grateful Dead. I heard an older gentleman who appeared as though he had seen the Grateful Dead a few times back in his day say, “When I close my eyes its just like a Dead show!” Speaking to the breathe taking and impressive sound and energy that Dark Star Orchestra recreates, possibly better than any other “Dead playing band” might.

The Second set consisted of equally as many favorites including a personal favorite of my own “Goin Down the Road Feelin Bad”, “Black Peter” as well as other great classics like “Truckin” and “Big Railroad Blues”. The set that was re-created was said to be taken from the Dead’s legendary tour in 1972. But a jam packed and legendary set list 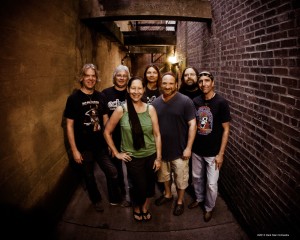 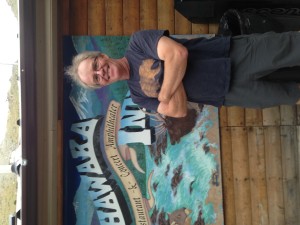 Mike Lookinland of “The Brady Bunch”

was only one of many special suprises of the night. For instance, this year DSO attracted a celebrity guest to the Mish who had been following DSO for the past several shows, Mike Lookinland. Formerly known as one of the Brady children from the classic television show “The Brady Bunch”; This former television super star still has plenty of time to see some phenomenal live music at such a breath taking location! Without a doubt something fun and exciting always happens when Dark Star visits the Mish. We cant wait until next time!