Bluegrass music seems to always bring a beautiful feeling to the Mishawaka. The Poudre Canyon’s towering cliff sides, the scattered wildflowers, and the Poudre River make for the perfect setting to hear a banjo plucking and three part harmonies.

This year was the third year in a row that Trout Steak Revival played at the Mishawaka and Saturday night couldn’t have been a better night for the band to come back. A sold out show awaited and the canyon gave a warm welcome back.

Trout Steak Revival arrived and from the very beginning you could hear Bevin effortlessly playing her violin in the green room and band members getting together to jam before soundcheck. The band had also come with tents and hammocks to camp on the island on the Poudre River after the show, which not all artists get to experience when they come to the Mishawaka.

The day ran smoothly despite our restaurant being packed with visitors and having a full schedule for the show that night. As it always does, the show came together perfectly. 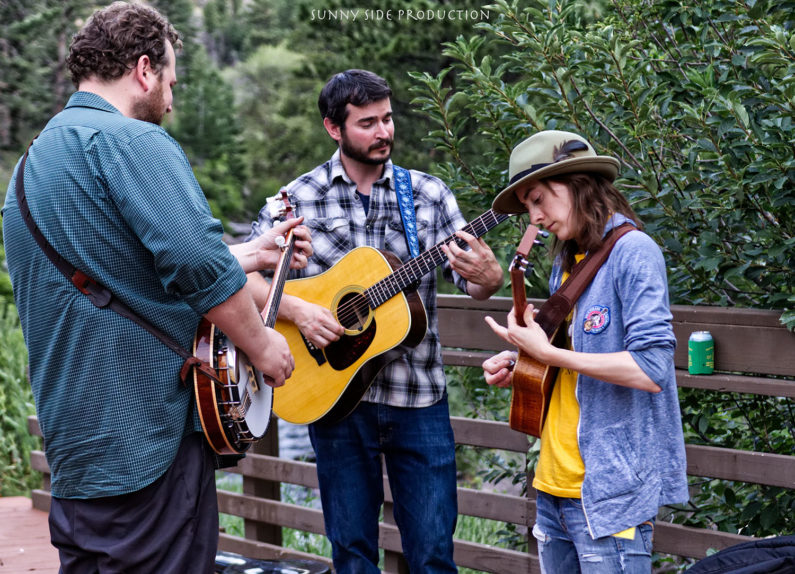 Canyon Collected warming up for the show

The night started with Canyon Collected and they set the stage for a night of good music with drawn out jams and nostalgic lyrics. Their sound was unique in that their five-piece band included a Ukulele player, Tia Martini. 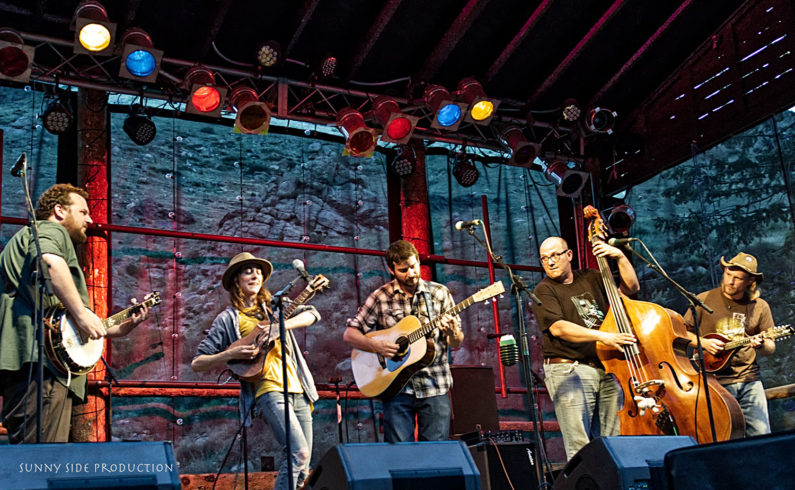 Throughout their set, Tia was playing intricate solos that baffled the audience with its intensity and speed. Her and guitar player, Tom Mueller would solo off of each other and if there’s one thing I’ve learned about bluegrass, it’s the solos that count. 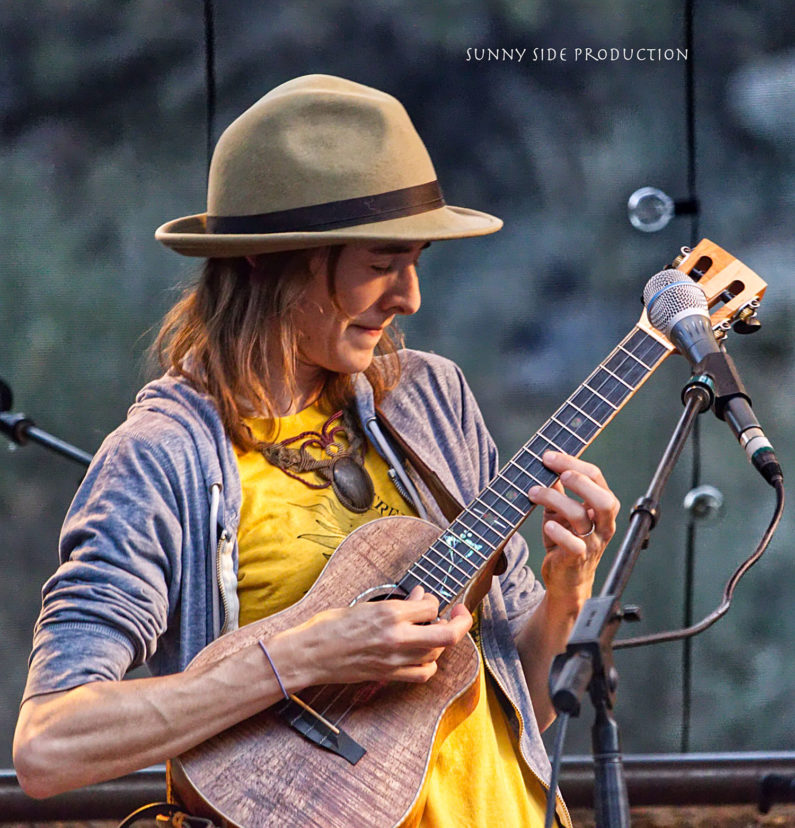 During their set I noticed the bass player, Francisco Prado had a stuffed teddy bear on his bass and I had to make sure to get the name. Turns out it didn’t have a name so Francisco named him after me! If you see Canyon Collected anytime soon and notice the bear, his name is Brennan! 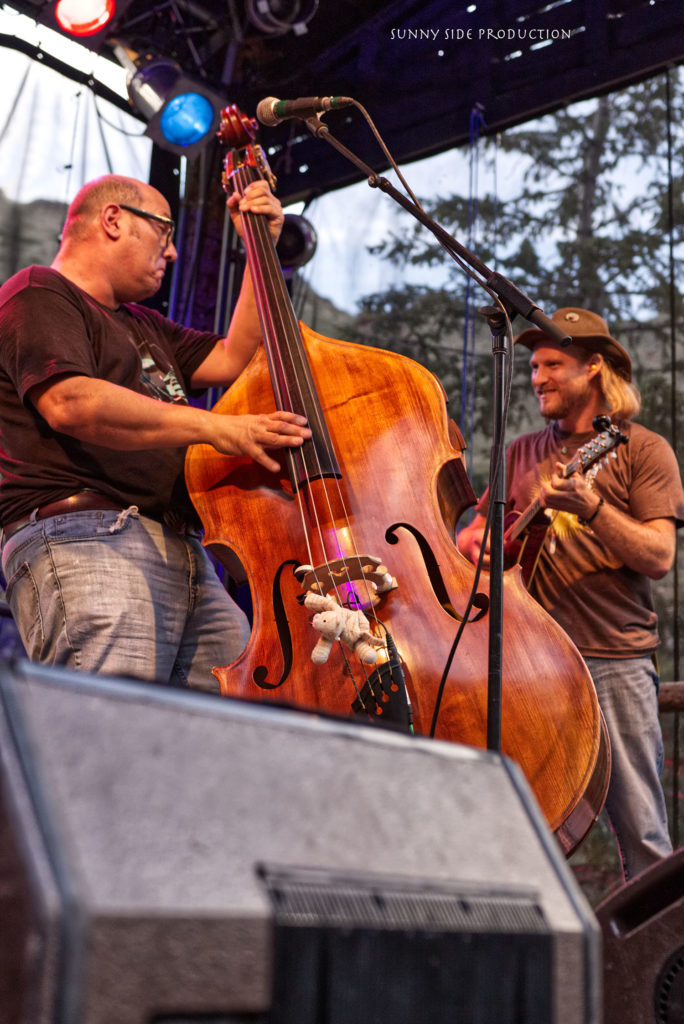 At one point, Tia utilized the harmonics of her Ukulele past the fret board which was incredible, check out the video below!

The sun went down and out came Gasoline Lollipops. Their set consisted of a country blues sound that had darker tones to it. I think because Clay Rose’s vocals were reminiscent of Tom Waits’ voice which is deep and powerful. 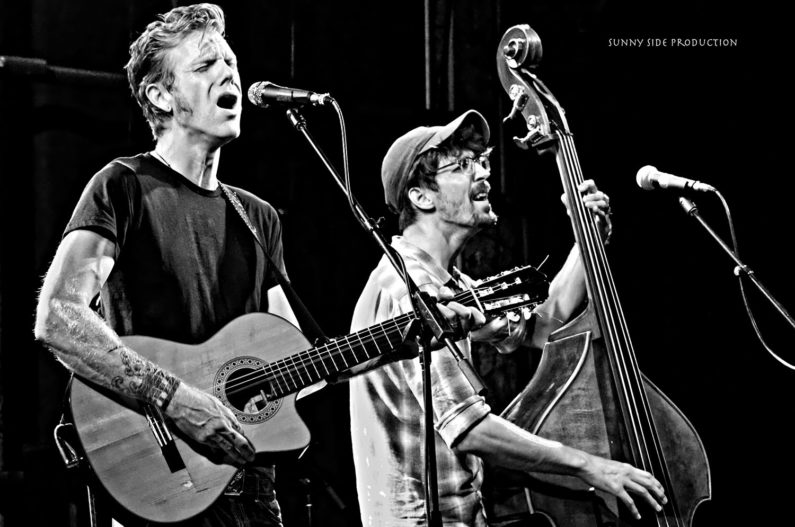 The lead guitarist for Gasoline Lollipops, Donny Ambory continuously came up with melodic blues guitar lines that really took you away and went well with the bass lines that Brad Morse was laying down. 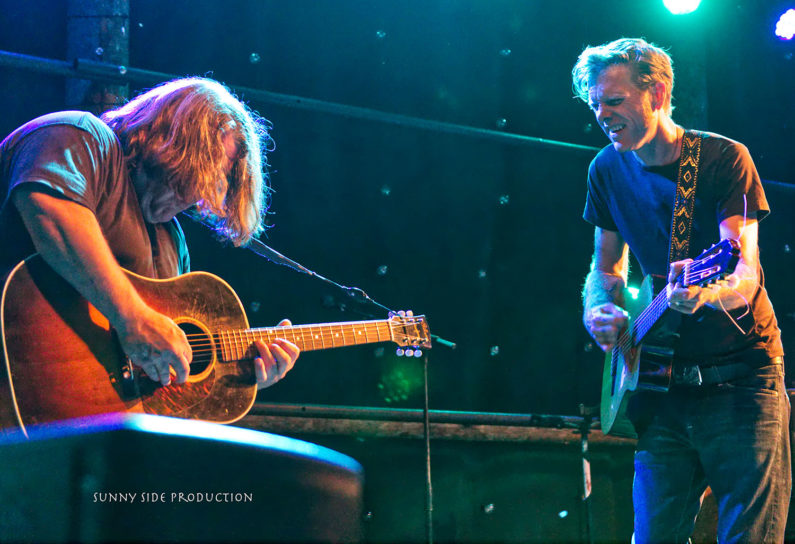 Don and Clay jamming on stage together, their solos reminded me of the Dire Straits! 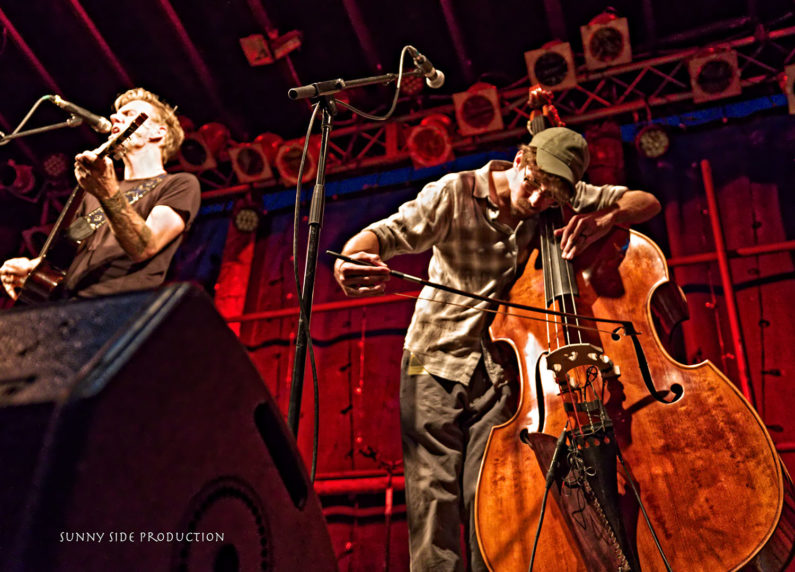 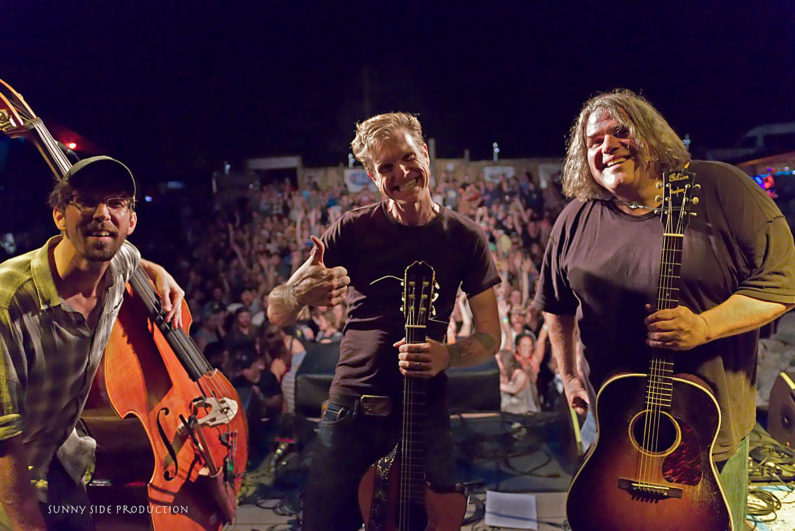 Gasoline Lollipops after a great set!

After the Gasoline Lollipops’ set, the crowd was ready for Trout Steak Revival. It had been a while since the Mishawaka was filled with some classic bluegrass. The crowd welcomed them with whistles and cheers as they began to play. 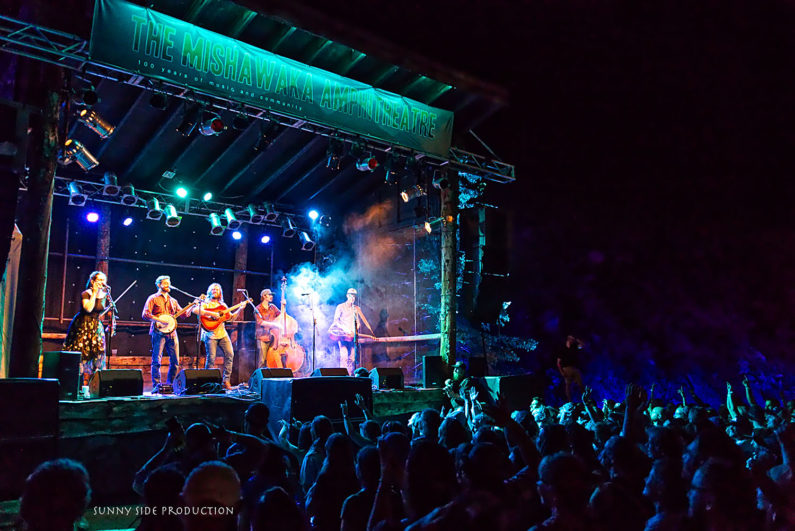 After they had come on, I took time to sit by the river and listen to the band’s sweet sound. It’s one that can only make you smile and dance. Once I came back in, sure enough, everyone was dancing and laughing as the band played “Go On” from their album Brighter Every Day. It’s a song written with a Texas swing style that talks of someone you used to love but now you can no longer live with or be around. 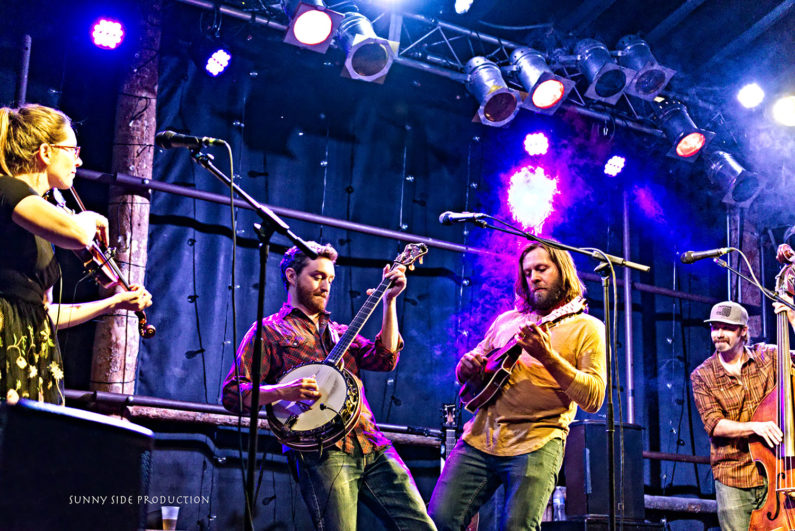 During that song, Trout Steak Revival invited Don from Gasoline Lollipops to play lead guitar. His bluesy twang guitar licks were beautiful with the rest of the band. 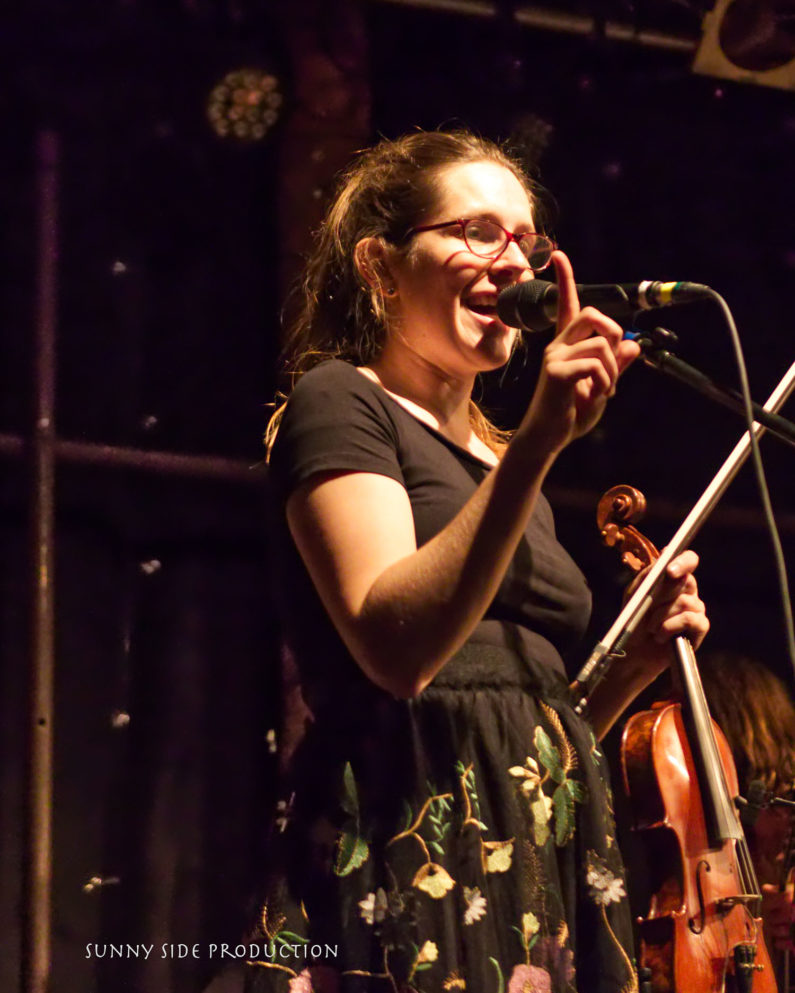 Bevin from Trout Steak singing “Go On” with her, as she stated, “sassy finger.”

It was amazing to watch Bevin play her violin as it seemed to come so naturally to her, catch a glimpse of what I mean!

Trout Steak Revival then went on to play their own rendition of “Summertime” which was slow and dark but was nonetheless beautiful to hear. 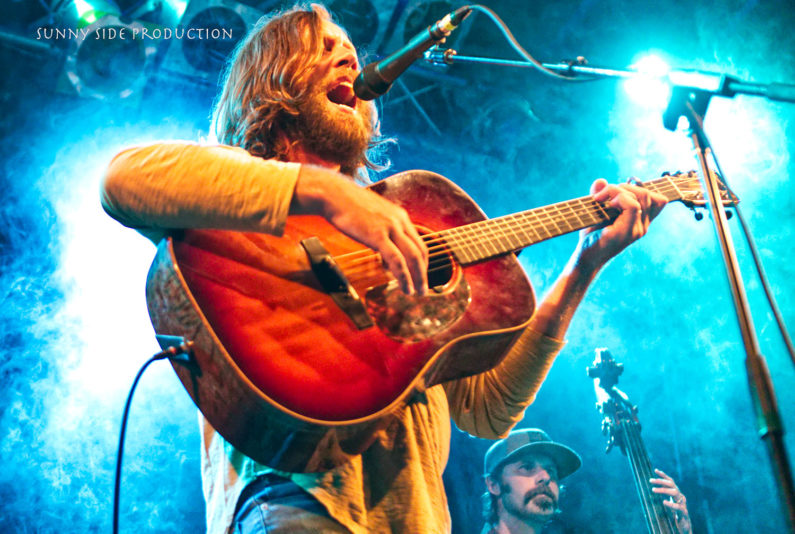 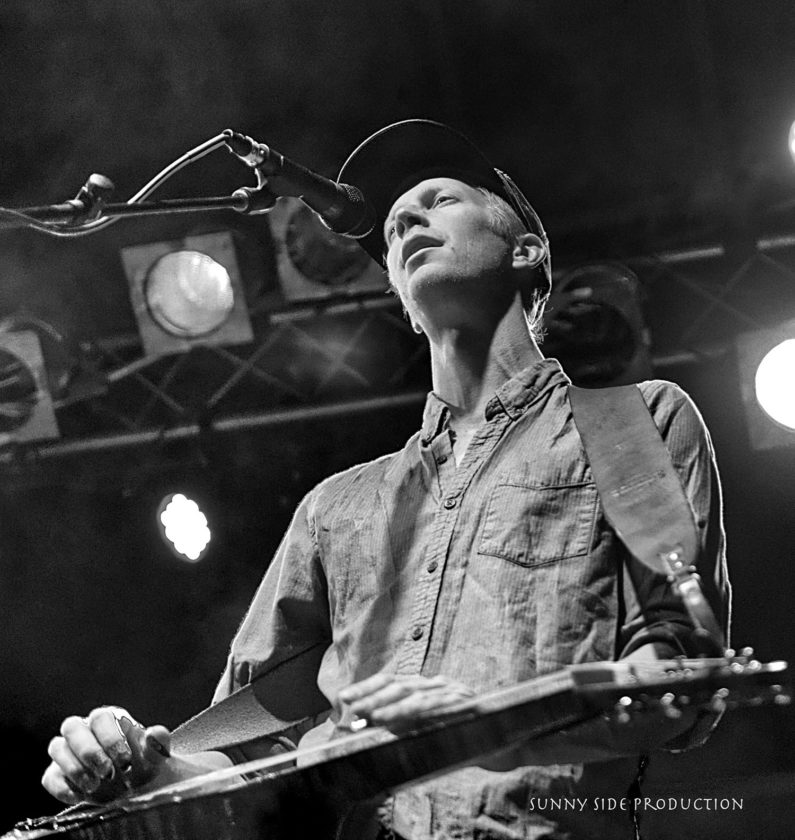 The night turned out to be a good show to mark the mid-season up at the Mishawaka. The band’s were all so grateful to be playing together and they really brought their own unique styles to the stage. We’re so glad to have had Trout Steak Revival back and welcome Gasoline Lollipops and Canyon Collected! Thank you all!

For the full gallery visit Sunny Side Production 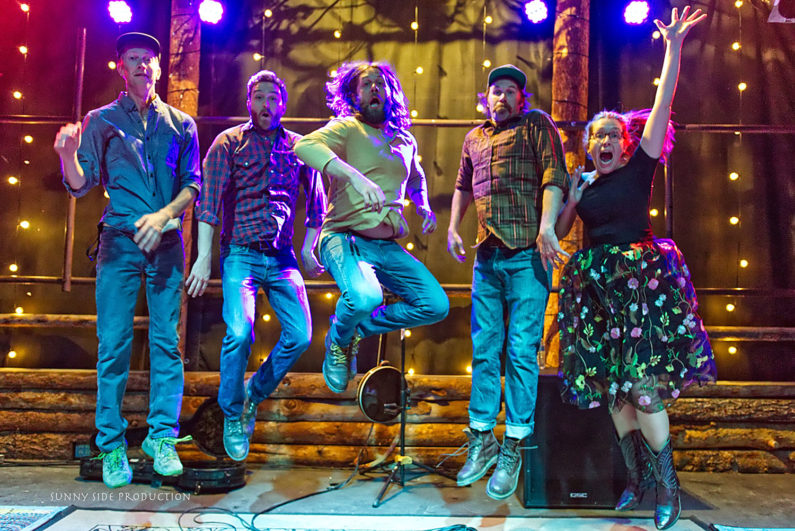