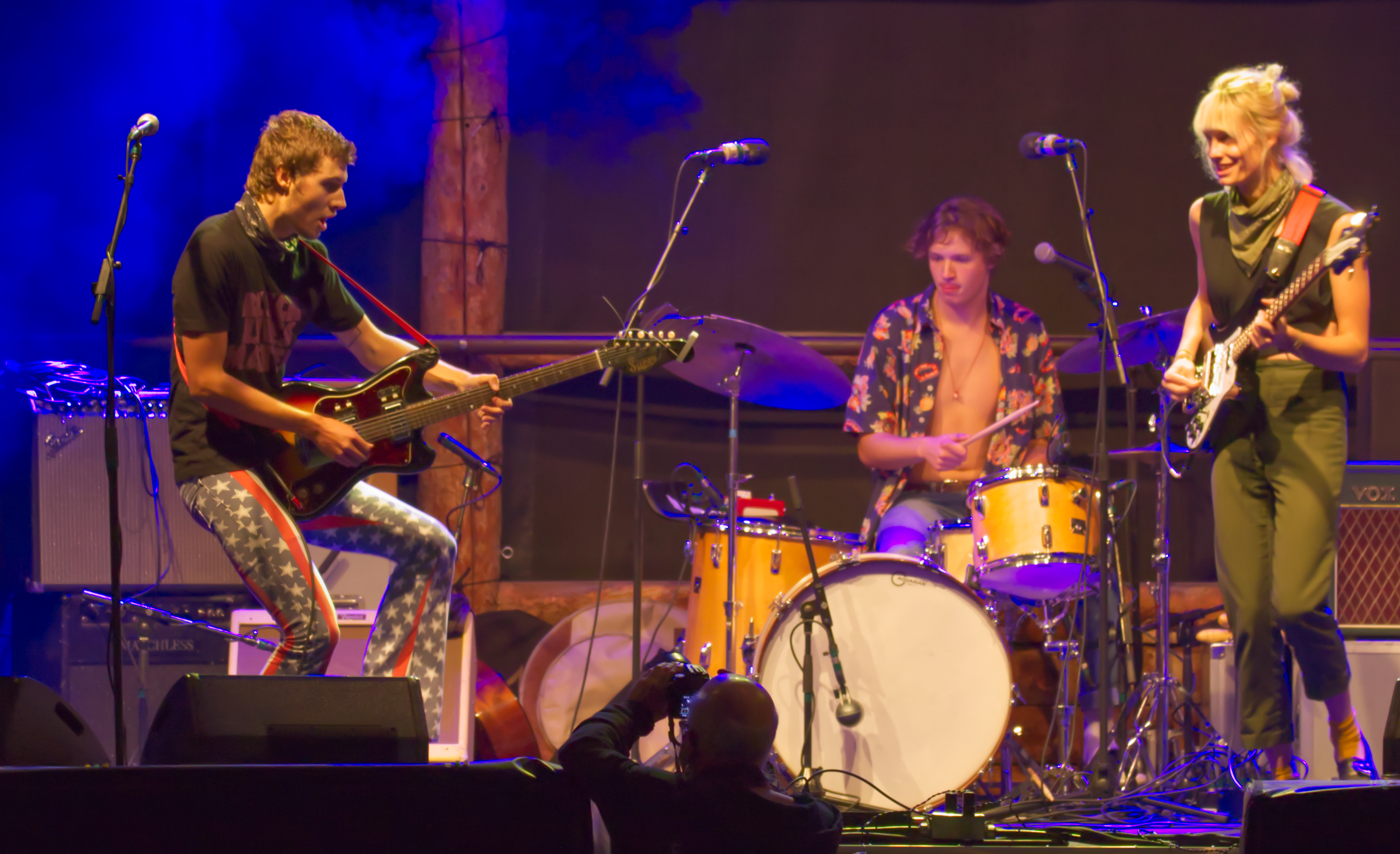 Last Saturday night we were overjoyed to have The Beeves and The Yawpers at The Mishawaka. Both bands definitely brought their A game to the show excited to play the historic Mishawaka stage. The Beeves opened up the night, and were full of energy. Three members make up the Beeves, but it sounds like a lot more with the amount of musical talent they bring with them. These 3 members are William Ehrhart, Margot Sease, and Ian Ehrhart. 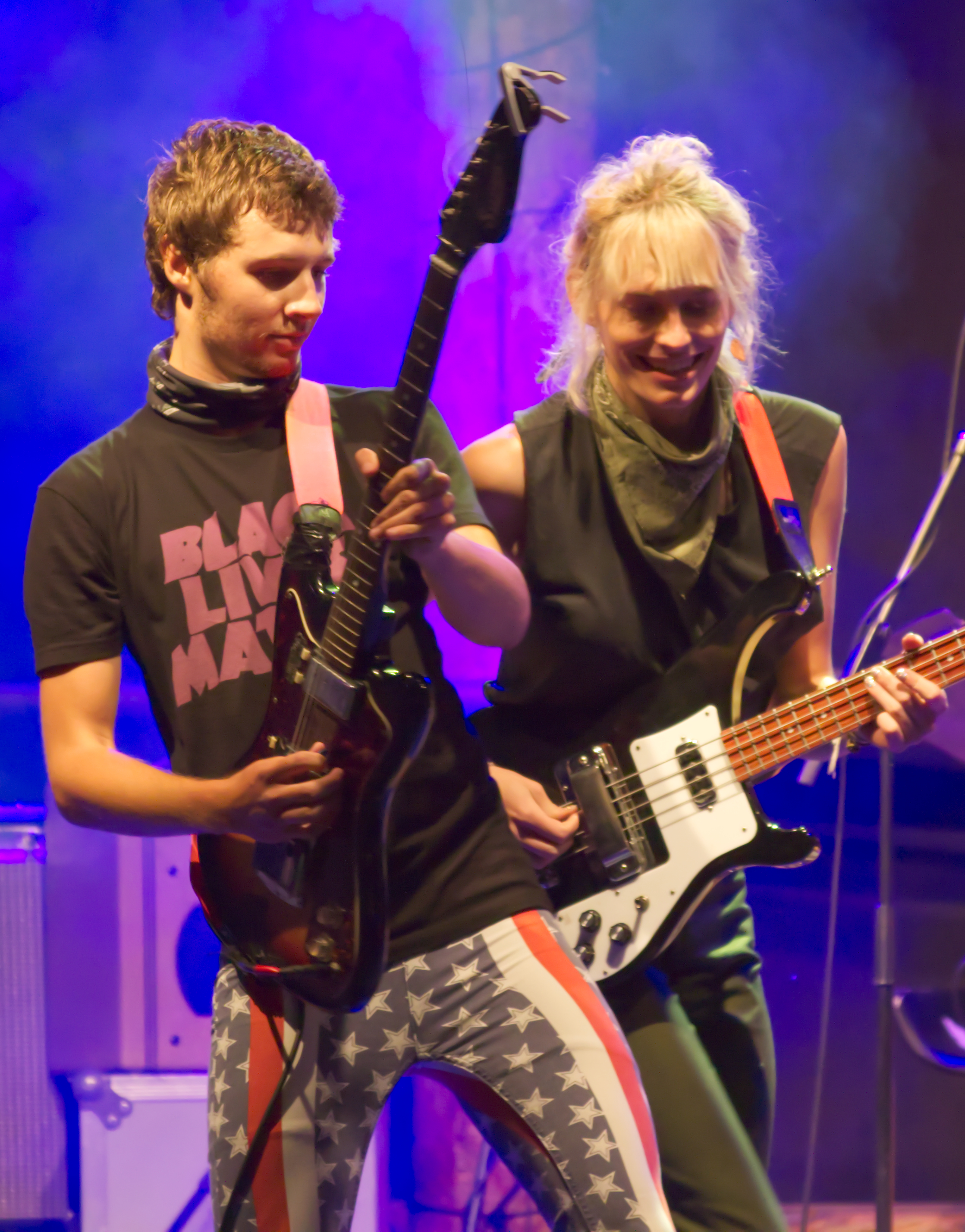 The Beeves currently have one album out called Adam and Beeve that they released in 2019. They played several songs from this album during the show including Disneyland and Jamie’s Revenge. They pumped up the crowd while the sun disappeared over the canyon. Their energetic stage presence was a great start to the night. 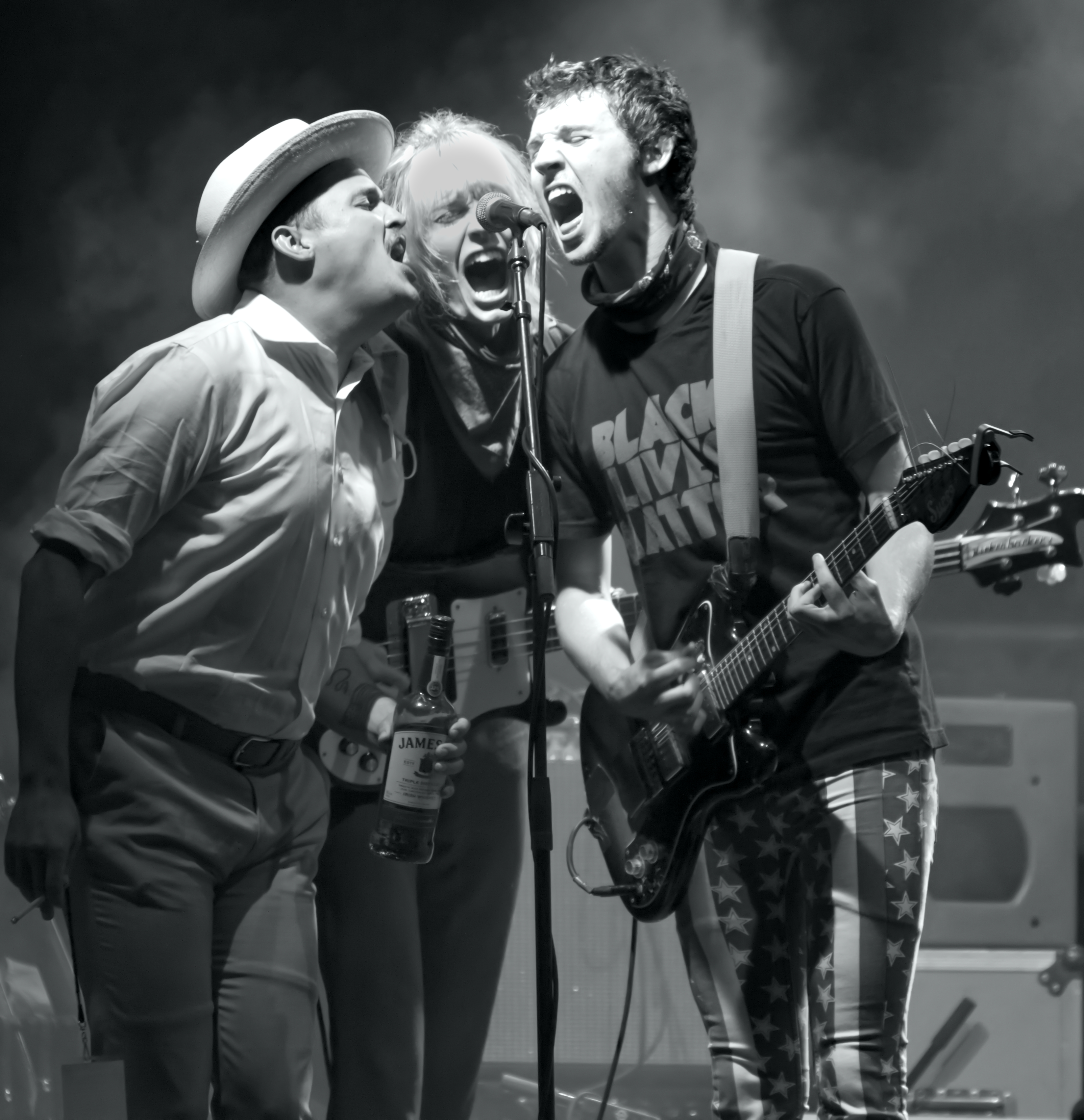 The Beeves and The Yawpers have known each other since 2018. Nate Cook, the frontman of The Yawpers, got on stage near the end of The Beeves set performing with them and showing his enthusiasm for the band. After this incredible set everyone on stage was dripping with sweat. (Above Nate Cook performs with the Beeves).

Up next was The Yawpers. This trio has been a hit in Colorado and across the country with their unique style of rock n roll. Their musical style includes a heavy hitting rock mixed with bluegrass roots. Together they have produced 5 albums dating back to 2012. The most recent being Human Question released in 2019.

After hearing the Beeves put on one hell of a show, The Yawpers were itching to have the stage to continue the exciting night. Bottle of Jameson in hand, Nate Cook, the lead man of the Yawpers proceeded to amaze the crowd with his incredible voice. To his side, he had Jesse Parmet on the Guitar. Alex Koshak is behind on the drums. 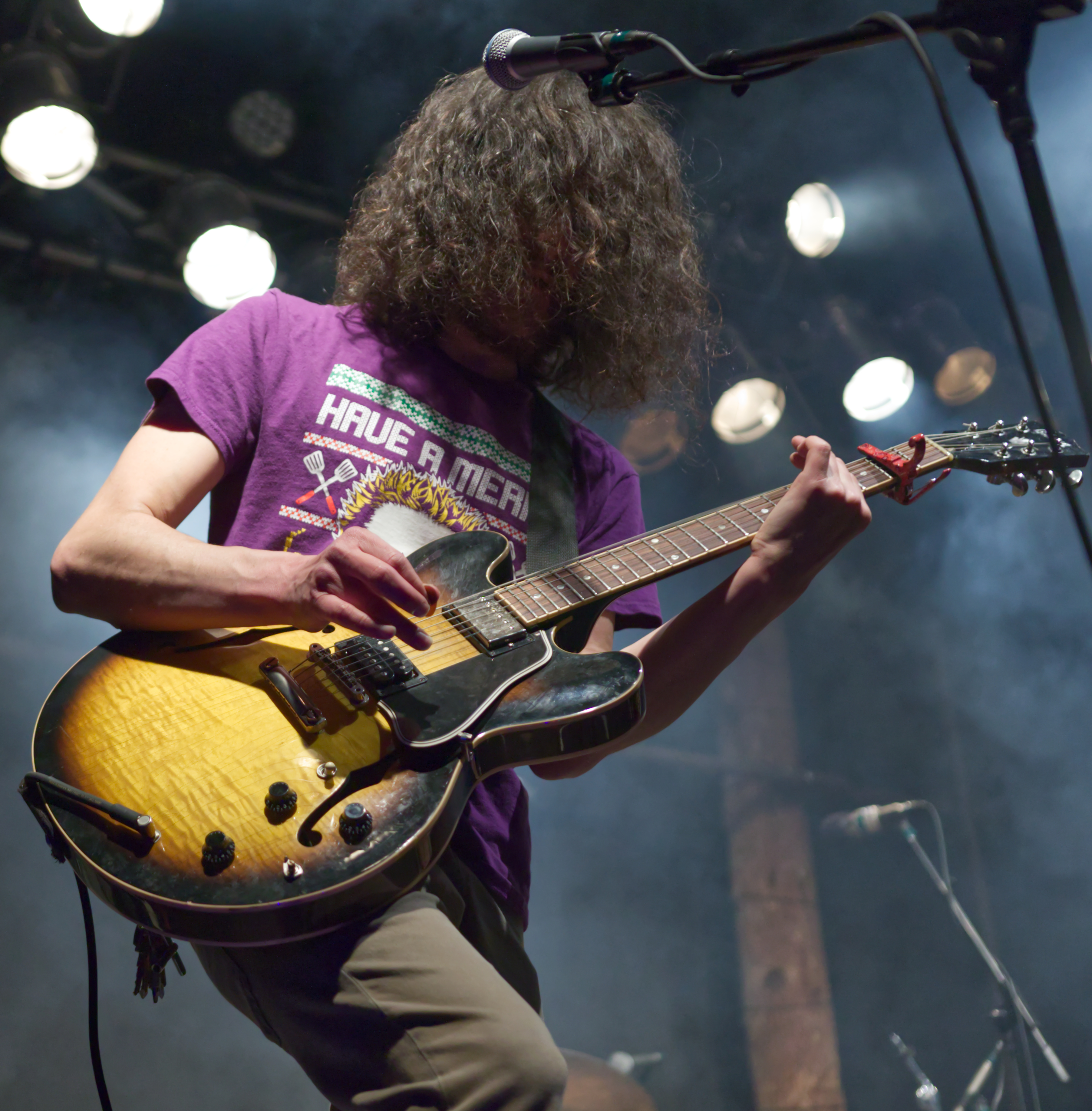 Pictured above, Jesse Parmet shreds the guitar with a cloud of smoke behind him. Some songs that they played from their new album include Child of Mercy and Carry Me just to name a few. 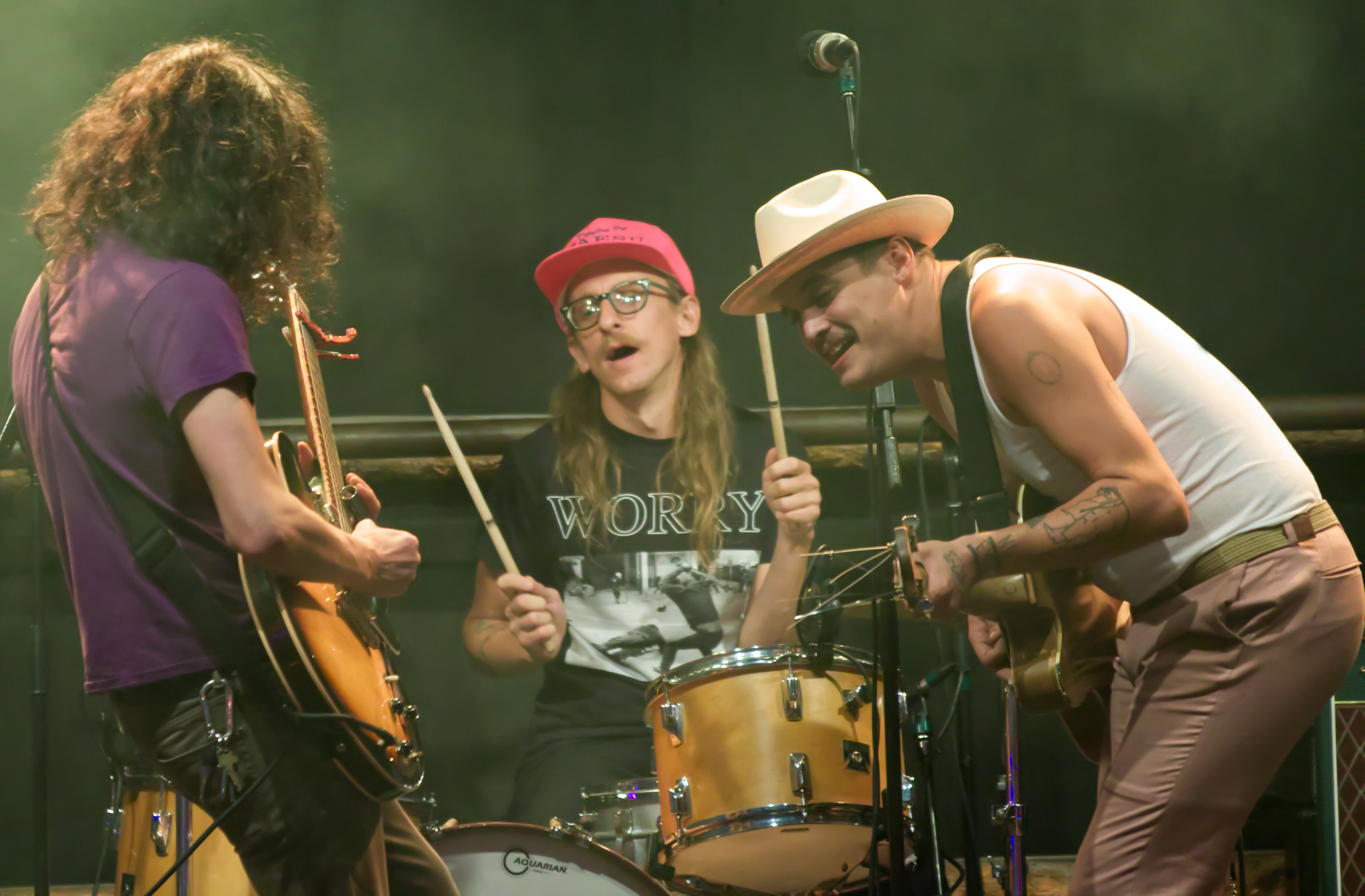 After hearing no more than 10 minutes of the music most people were on their feet with excitement that live music is still alive and well in the Poudre Canyon. Above Jesse, Nate, and Alex are seen getting together during a high energy part of the song.

Nate Cook the lead singer of the band wraps the microphone cable around his neck totally getting into the meaning of the music, showing raw emotion to the sold out crowd. The Mishawaka thanks The Yawpers and The Beeves for putting on an amazing, fun, and safe show. We are happy to be able to make everyone feel as safe as possible during these weird times. We hope to have more amazing artists such as The Beeves and The Yawpers at The Mishawaka in the future.