For each show that comes to our venue, there is always a general feeling you get when you arrive. It sets the tone for the rest of the night and the feeling I got was happiness. Everyone around me was so calm and ready for a good night of music. 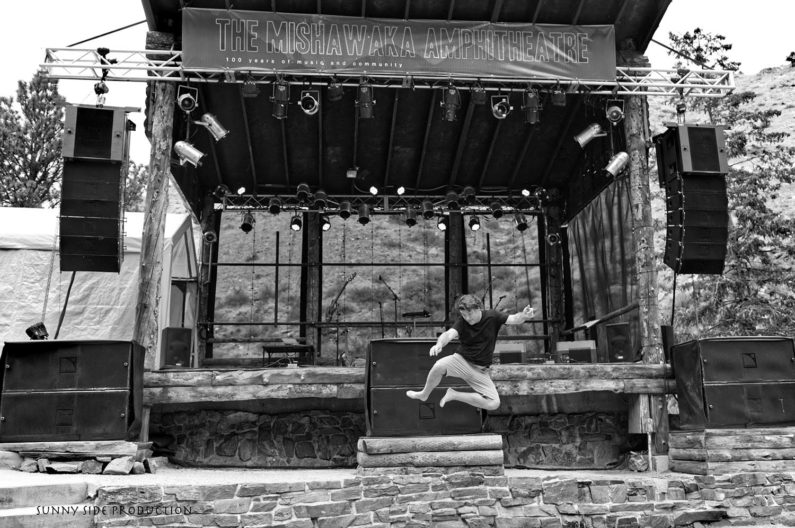 Once Keller arrived, I supplied him with some papers for him to roll his Durban Poison from Organic Alternatives. Then, The Hillbenders arrived and it was clear that Keller, as well as, the Hillbenders were people who just loved to play music as they jammed constantly together. I remember thinking, if you gave Keller a guitar and put him in solitary confinement, you wouldn’t have to worry about him going crazy.

After they shared some silly songs about mayonnaise in the green room, they all went out for soundcheck which went smoothly as everyone was so light-hearted and joking around with each other. Eventually, Derek Blake showed up for his soundcheck and I was pleasantly surprised to hear the influences of Doc Watson in his guitar picking. A mother and her 4-year-old agreed as they danced together throughout the yard. 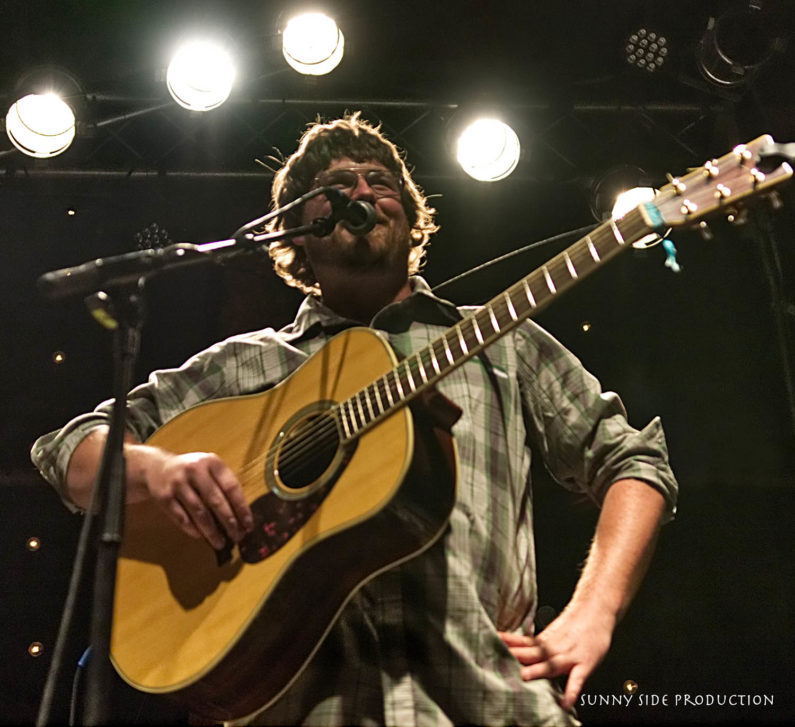 Soundcheck was over and for me, after soundcheck is the worst because you have to wait so long to hear the rest of the music! Imagine you only get to take a bite of your dinner and then you have to wait for hours to eat the rest: a true shame! Nonetheless, 8:00 pm rolled around and Derek Blake took the stage. His set consisted of complex fingerpicking that was reminiscent of old country blues. 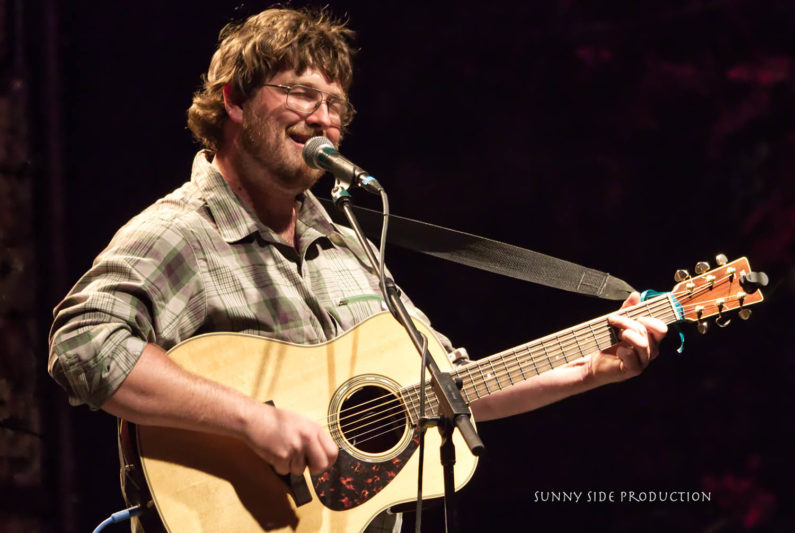 He also had the crowd cheering as he killed a cover of “Ballad of the Devil’s Backbone Tavern” by Todd Snider and included an extended solo that was incredible! 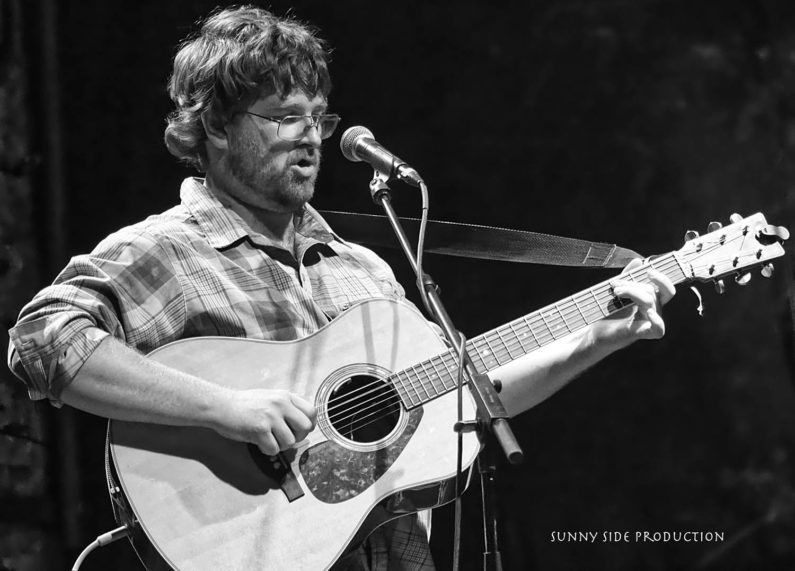 Next was Keller’s solo set and the crowd was pumped, or maybe that was just me. Either way, the crowd responded well to the array of music that Keller created. 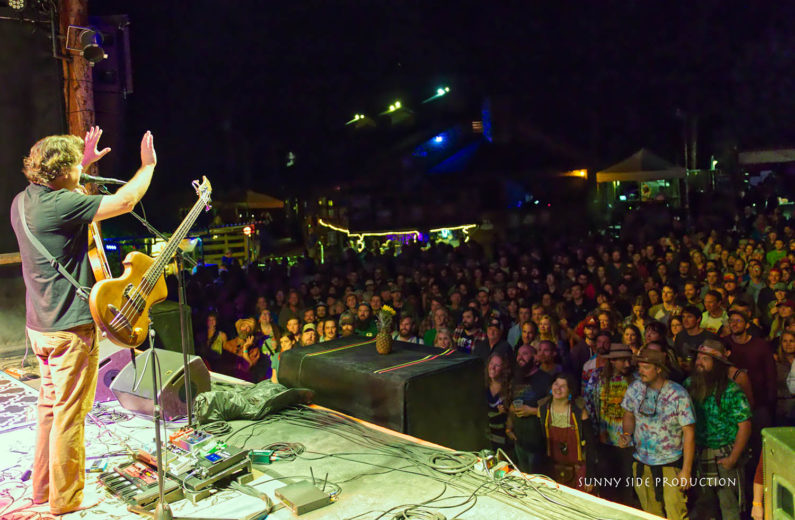 My favorite part of the set was when he made a beautiful loop that covered Portugal the Man’s song “Feel It Still.” Eventually he brought Jimmy, the guitarist from The Hillbenders to the stage. Keller introduced him as his “flute player” since he put a guitar effect on that made his guitar sound like a flute! Jimmy and Keller jammed out while Keller used a Kaossilator and it was sick! 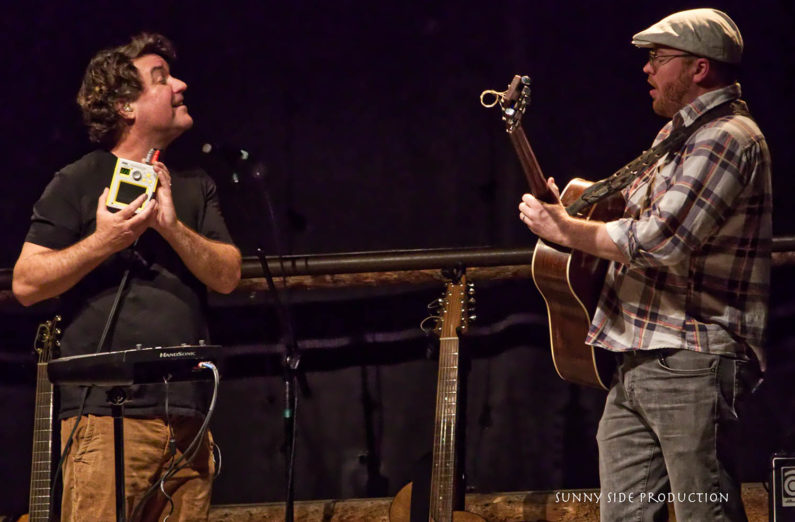 Keller jamming with Jimmy and his Kaossilator!

Next up was Keller Williams’ Pettygrass with The Hillbenders and it did not disappoint. All the Tom Petty fans in the audience were singing along all night with classics like “Mary Jane’s Last Dance” and “Breakdown” being among the set. 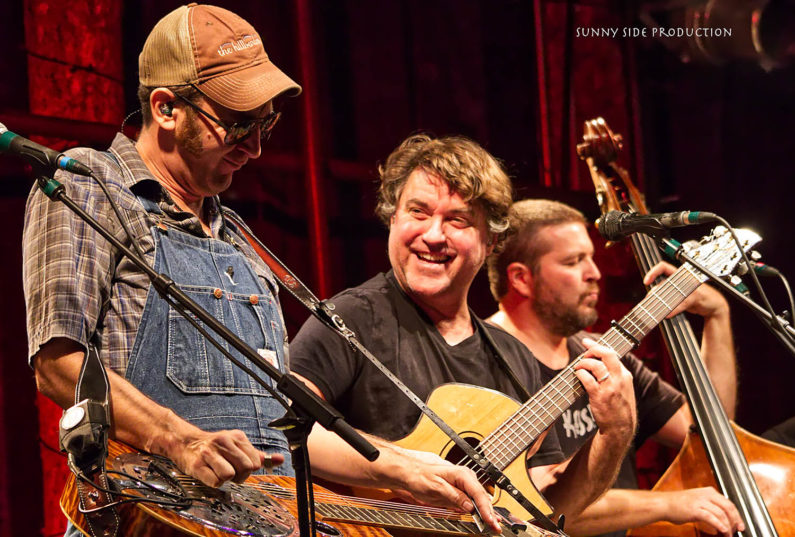 A lot of smiles from Keller and the band that night. 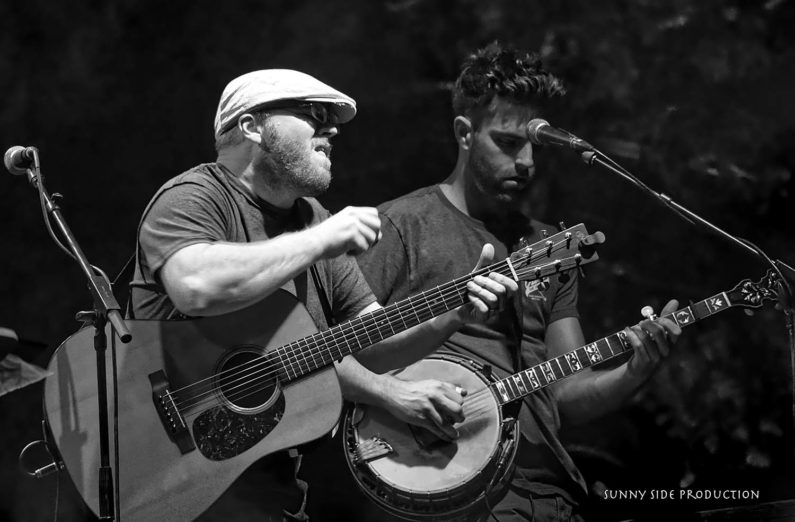 The Dobro player: Gravy was truly a talented musician. I talked to him in the green room about how he started playing and performing the Dobro at age 12! It cracked me up when Jimmy and Keller were talking music theory, Gravy turned to me and said, “I just play what comes out of my noodle!” After seeing him perform, it was apparent he wasn’t lying as you could see the music came so naturally to him. 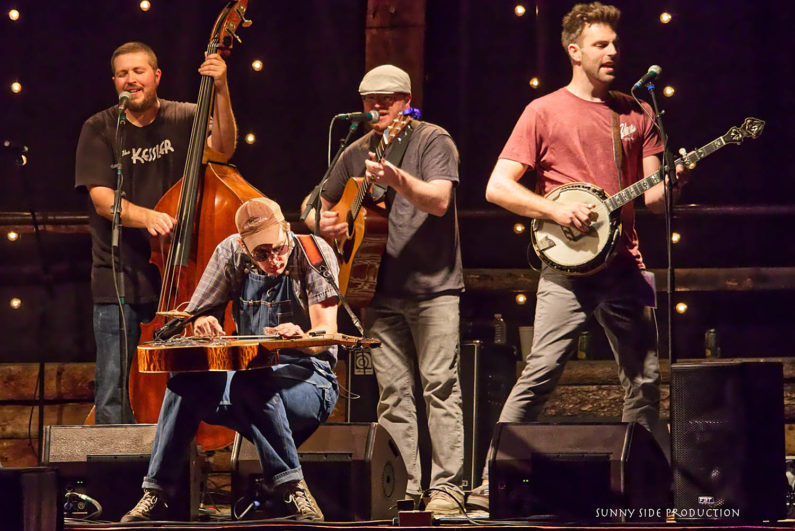 Gravy was all over the stage killin’ it!

Throughout the set songs would become extended bluegrass jams that took you away. Banjo, Mandolin, Guitar, and Dobro, all having their opportunity to shine. Keller Williams and The Hillbenders, along with Derek Blake, brought a memorable show to the Mishawaka last Saturday and we can’t thank them enough! Until next time!