It is seldom that patrons experience the Mishawaka when it’s not at full capacity; the roar of the crowd, the feeling of being sardined between people, and the adrenaline rush of the mob mentality are often present when experiencing music on the river. Chris Daniels and the Kings brought an entirely different rush.

When the artists took the stage the crowd followed the funk turning a quiet party into an extravagant dance party, where there was enough room to kick your legs out and spin your hands baring a large radius. 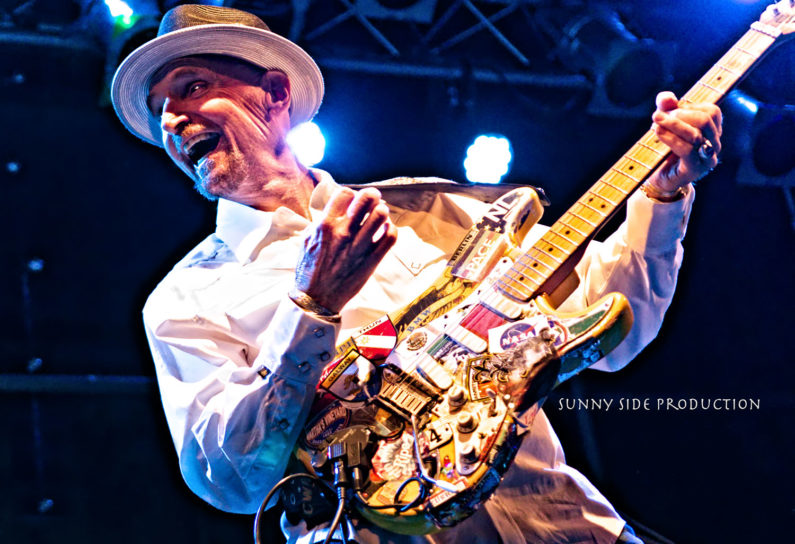 Chris Daniels and the Kings managed to harness the powers of blues, funk, and rock n’ roll, the perfect blend for a beautiful evening on the riverside.

The earlier part of the day was not damaged by the glaze of the sun and the evening was not littered with scattering rains or clouds, the temperature was just right for the funk and blues masters to cook something delicious up with their instruments. There wasn’t a single person in the crowd not dancing and if they were sitting down in their chair in the back, their feet were swaying with the beat and tapping along. 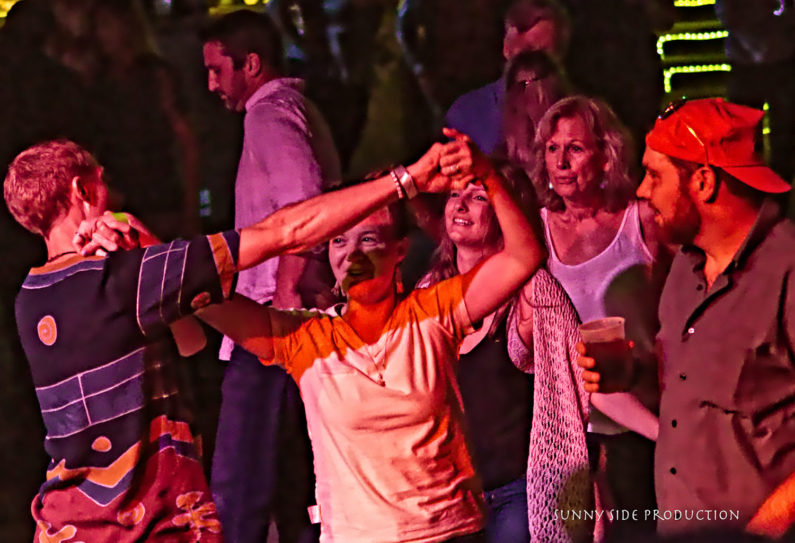 Chris Daniels and the Kings packed a mighty funk punch to the ears, one that left you so dazed that the only way to be standing up was to move your feet and Get Up off the Funk. The band, collected and conducive, are no strangers to each other; Chris Daniels and the Kings feature seven musicians, all of whom have been playing together for 30+ years! 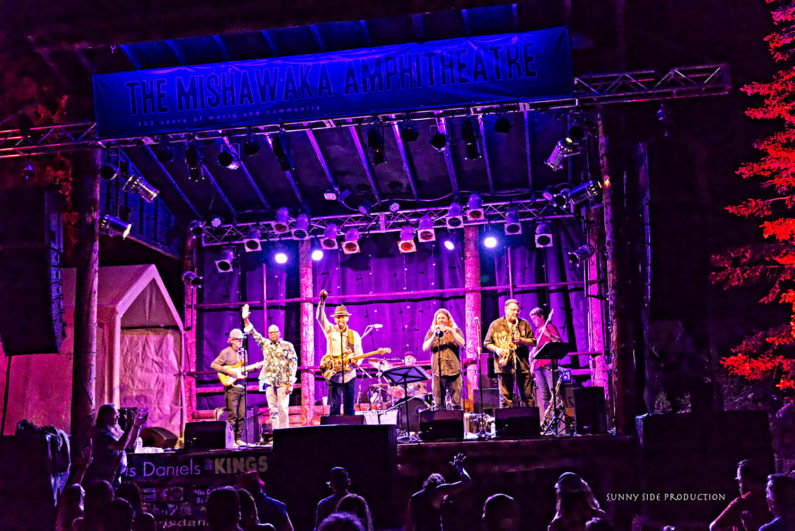 It surely showed that these men have been playing together for a while as they had synchronized moves that complimented the upbeat tones of the funk. “Doody”, “Bones”, and Chris Daniels all moved their instruments from the left to the right along to the beat of one of their songs, it was reminiscent of choreography used in the film “Stop Making Sense.” 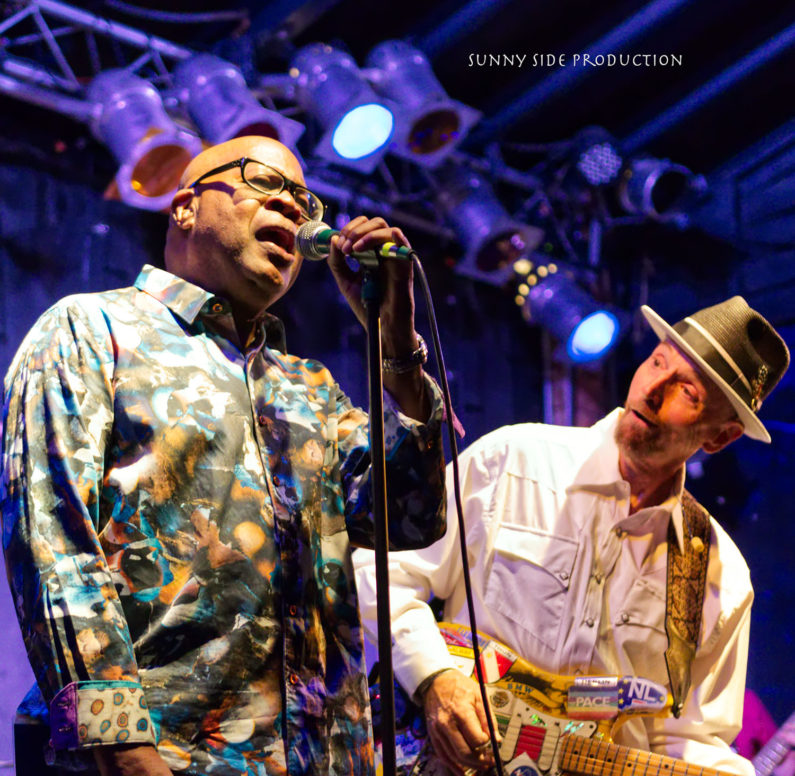 There is no wonder where the sounds of Chris Daniels and the Kings emerged from; throughout the evening there were ode’s to the influences that may have inspired the group. The funky rhythm laid down by the bassist Kevin “Bro” Lege brought to fruition the sounds of The Meters. The plunk and slap of the bass with its heavy tone was complimented by the vocals of Fred “Freddie” Gowdy; the soulful range of notes that Freddie hit were in sync with the rhythm section which lead to uncontrollable leg and foot movement. Towards the end of the evening, Freddie mimicked a golf swing, one that followed through right as the song came to conclusion. 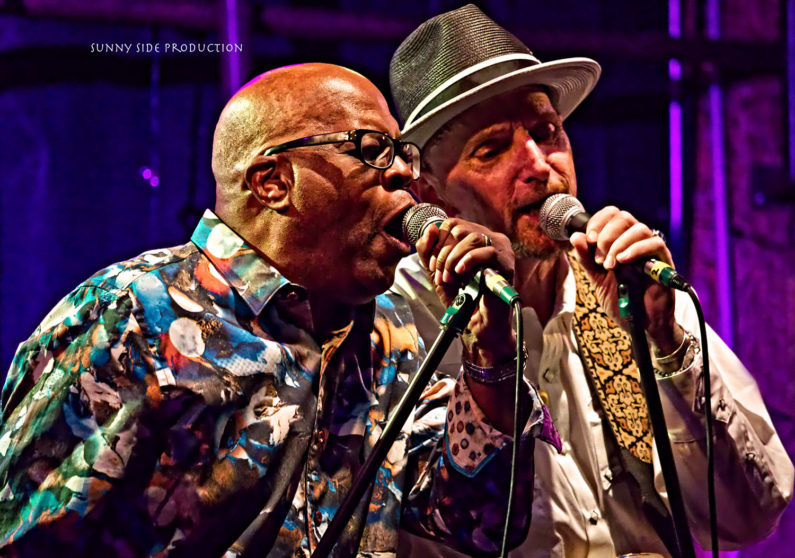 These guys know how timing works and I can only imagine Freddie’s swing at the driving range after a refreshing Arnold Palmer.

Daryl “Doody” Abrahamson and Jim Waddell made up the brass section of the Kings, who really knew where to accentuate the high notes. The brass blasted the crowd into a dancing frenzy of which our lighting guy knew was time to bring up the bright colors such as yellow, orange, and red.

Chris Daniel’s rhythm and falsetto vocals were brought together by Colin “Bones” Jones lead guitar riffs and Randy Amen’s drum fills. Together the group solidified a sound that restores faith in rock n’ roll; the blended influences of The Meters, Little Feat, B.B King and many other classic musicians created the unique funky, rockin’, blues sound of Chris Daniels and the Kings. 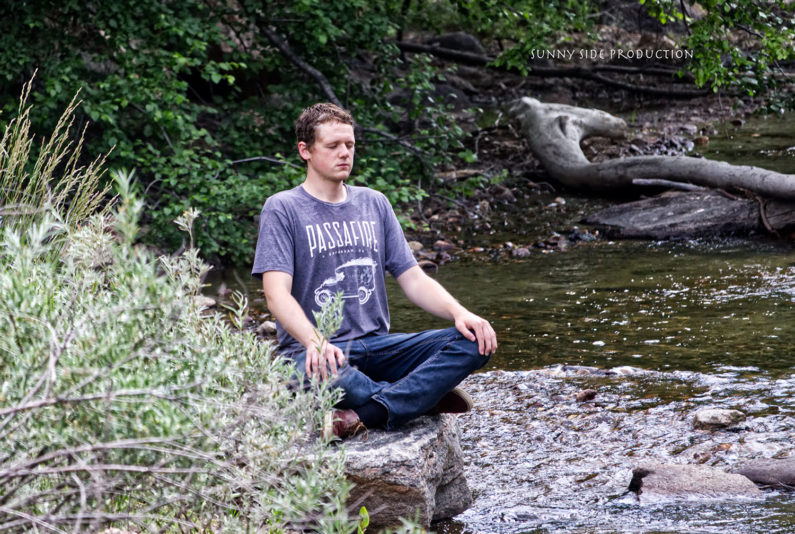 Alex Goldberg, bassist and vocalist taking some time to meditate in the Poudre River.

If you thought this supergroup couldn’t be more super, just wait. Not only is the man himself, Chris Daniels, an inductee of the Colorado Music Hall of Fame, he is a professor at the College of Arts and Media at University of Colorado Denver.

There is nothing that can stop this man, his humbleness behind the scenes and friendly personality made me wish he was a professor at Colorado State University. The slick digs and fedora he rocked on Friday night of the show would’ve had you call him the “Profreshor,” naturally due to how fresh he and the kings looked. 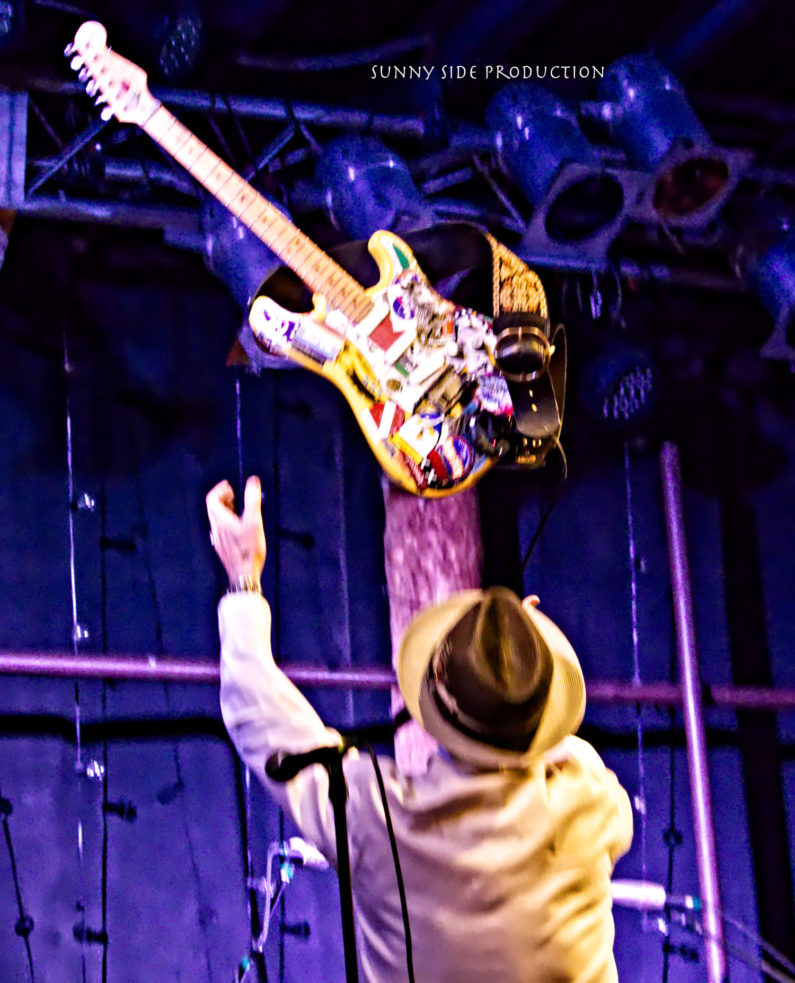 Toyota Peterson also donated 500 dollars to the fundraiser, their generosity granted them a spot in the Bird’s Eye VIP. 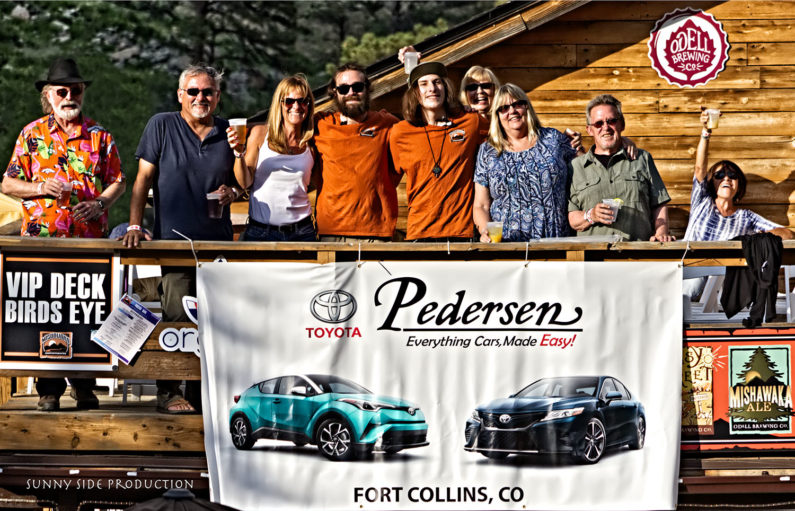 When AJ Fullerton introduced himself to me he was humble, kind, and wearing a J-Dilla Donuts t-shirt. I couldn’t believe that this person was about to drop some of the purest soulful blues and rock n’ roll the Mish has seen this summer. 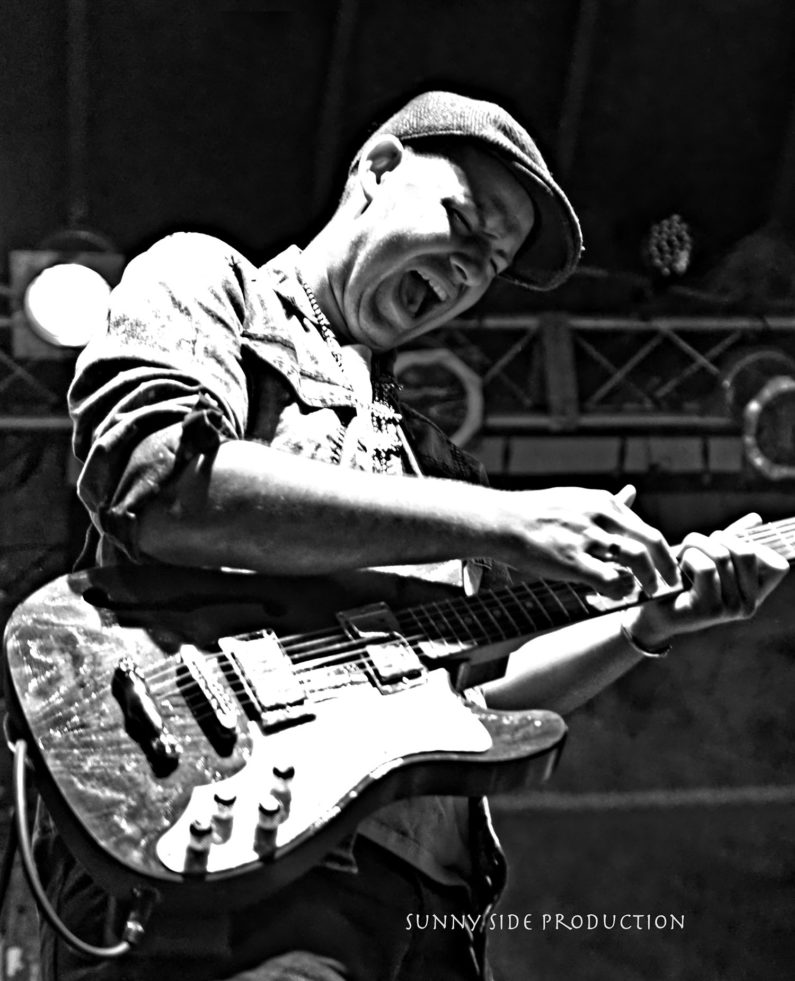 By the time he took to the stage the blue and red clouds hovering over the stage had fused into a majestic fuchsia. He took the stage with his bassist, drummer, and harmonica player, all of which had a keen sense of how clean blues sounds. 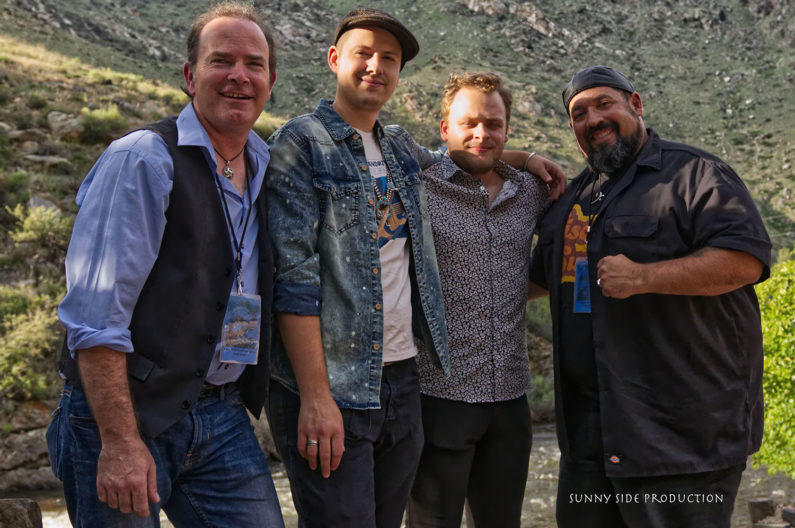 The crowd, modest and sterile at the time, quickly turned into a flash mob of groovy movers and awe-inspired fans. AJ Fullerton belted vocals over his tightly knit licks on the guitar while the bassist and harmonica filled in any missing notes, thus giving the crowd a full-feeling in their ears. 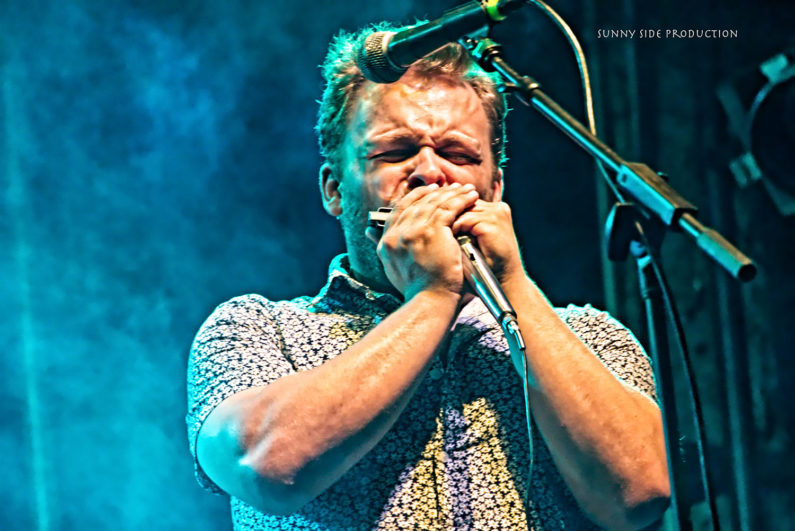 AJ Fullerton and his band sounded like the Black Keys, if the Black Keys knew any other instruments other than the guitar and drums. It’s refreshing to hear a musician put a unique spin on an already defined genre. AJ Fullerton and his band are headed to the top of their class (which maybe Chris Daniels is teaching…). The upbeat blues and ballads kept the momentum of the show rolling; they were a perfect fit when matched with Chris Daniels and the Kings.

The Colorado native has toured extensively throughout his career, this show being his first Mishawaka show, and will most certainly not be his last. We hope to see him blow the roof off the stage once more in the future. If given another chance to meet AJ Fullerton, I’d like to sit down with him, have a beer, and talk J-Dilla; it’s not every day you see a blues musician sporting an essential hip hop album on his t-shirt.

As the crowds began to roll in for the spectacular evening, Stacey Turpenoff and Danny Haynes took the stage as the Tuffenuffs. This iconic duo merged powerful vocals with masterful blues on the keys; Stacey’s vocal range was bellowing when she sang in baritone and gut-wrenchingly beautiful when slaying the highest of soprano notes. It was simple elegance at its finest while being the perfect storm for a beautiful evening to come. 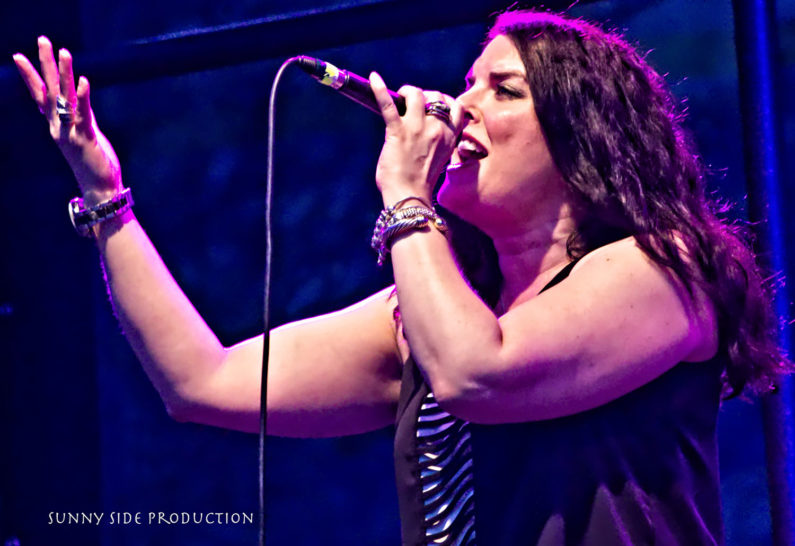 The duo laid out the vibe for the rest of the night between their originals and their renditions of classic blues songs. After a scalding hot day, the clouds started to form to block the intensity of the sun, giving the crowd an enjoyable place to get to know their neighbor and their beverage. It’s a good thing the Mishawaka doesn’t serve beverages in glassware or else Stacey’s vocals might have shattered the glass in the most authentic and graceful way possible.

I had the pleasure of meeting both Danny and Stacey who were genuine staples in our society; their compassion for music, the appreciation of hospitality, and musical talent are all that the Mishawaka asks for from musicians. 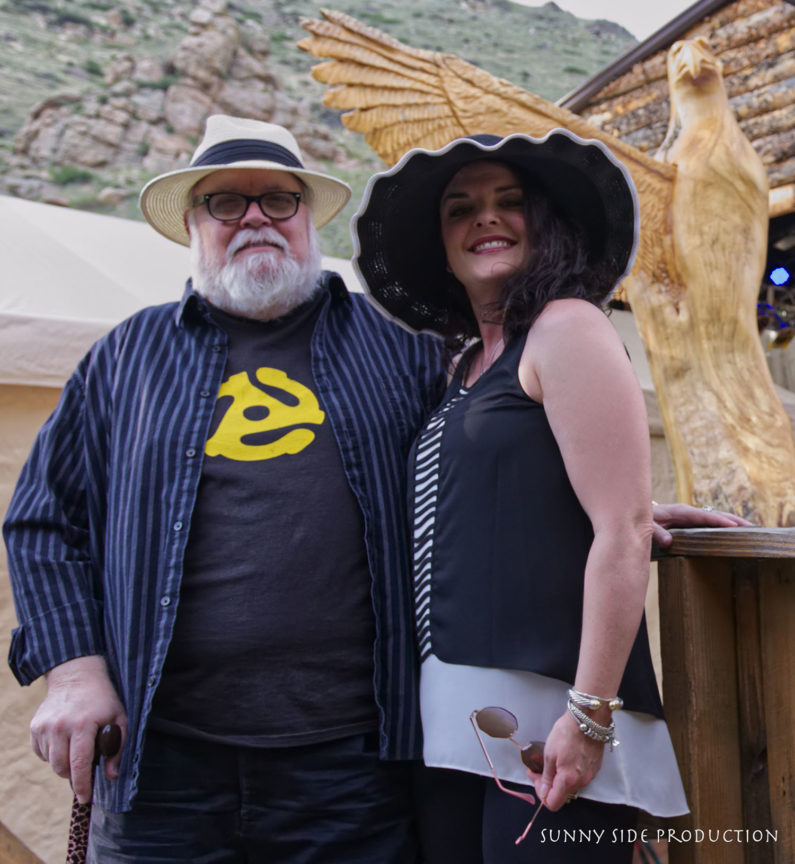 The combination of Stacey’s beautiful vocals and Danny’s skills on the keys allowed for the rest of the evening to operate in utter peace; every single soul who witnessed this duo was in awe and knew that the bar had been set for an amazing evening ahead. 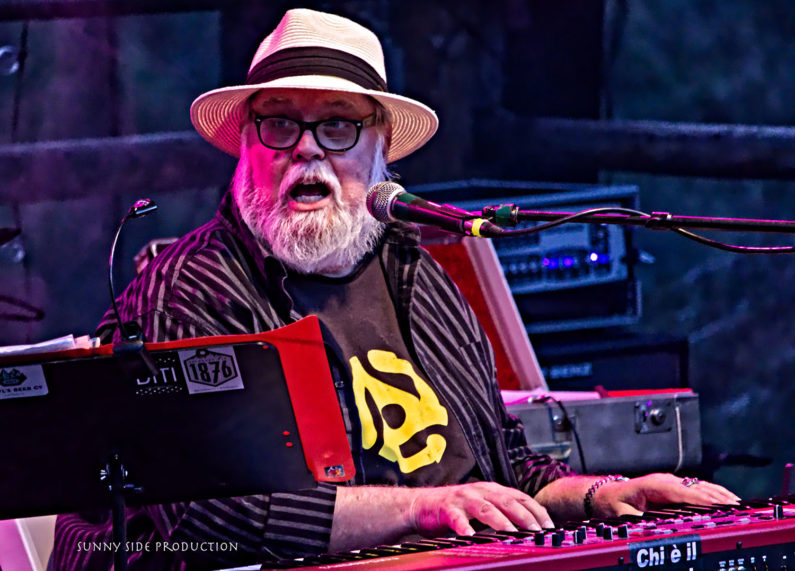 Check them out here at: Violet’s Venue