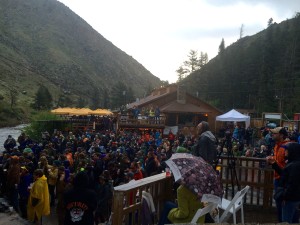 Finishing off a beyond excellent opening weekend, Chris Robinson Brotherhood managed to satisfy the crowd with their cool and eclectic vibe and rock ‘n’ roll jams. With no opening acts CRB took the stage for two sets, capturing the hearts and musical souls of all the Mish attendees. The first set started off with some rain, that quickly turned into a hail storm. Both the band and the crowd powered through, all smiles and with no hesitation about whether or not the dance moves should continue. CRB mentioned that as they are from California they couldn’t complain about seeing and playing  in the rain at such a beautiful venue. With that, the hail and rain slowly disappeared and the music amplified. Described by the Rolling Stone as “quirky, trippy, soulful and downright magnetic”, Chris Robinson Brotherhood didn’t disappoint in delivering an enticing and classic performance. Playing some favorites including “Rosalee”, “Meanwhile in the Gods…”, and “Vibration & Light Suite”, the best way to experience it all was outside in the rain along the high waters of the Poudre River. 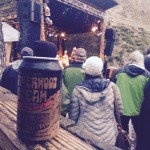 Fans also had the chance to enjoy Brotherhood Steam Beer, a unique collaboration between Chris Robinson Brotherhood and Anchor Brewing Company of San Francisco, CA. The outdoors, music, and beer, doesn’t get much better than that!

The night ended with the fans wanting more, prompting an encore of two more songs. We couldn’t have asked for a better opening weekend, and that can certainly be attributed to the rockin’ talents of Chris Robinson Brotherhood!