After a weekend off from shows at the Mishawaka, fans gathered for a sold-out mid-July concert with returning favorites, Desert Dwellers. The restaurant was bustling with patrons, rafters, and concert fans on the hot day leading up to the shows. 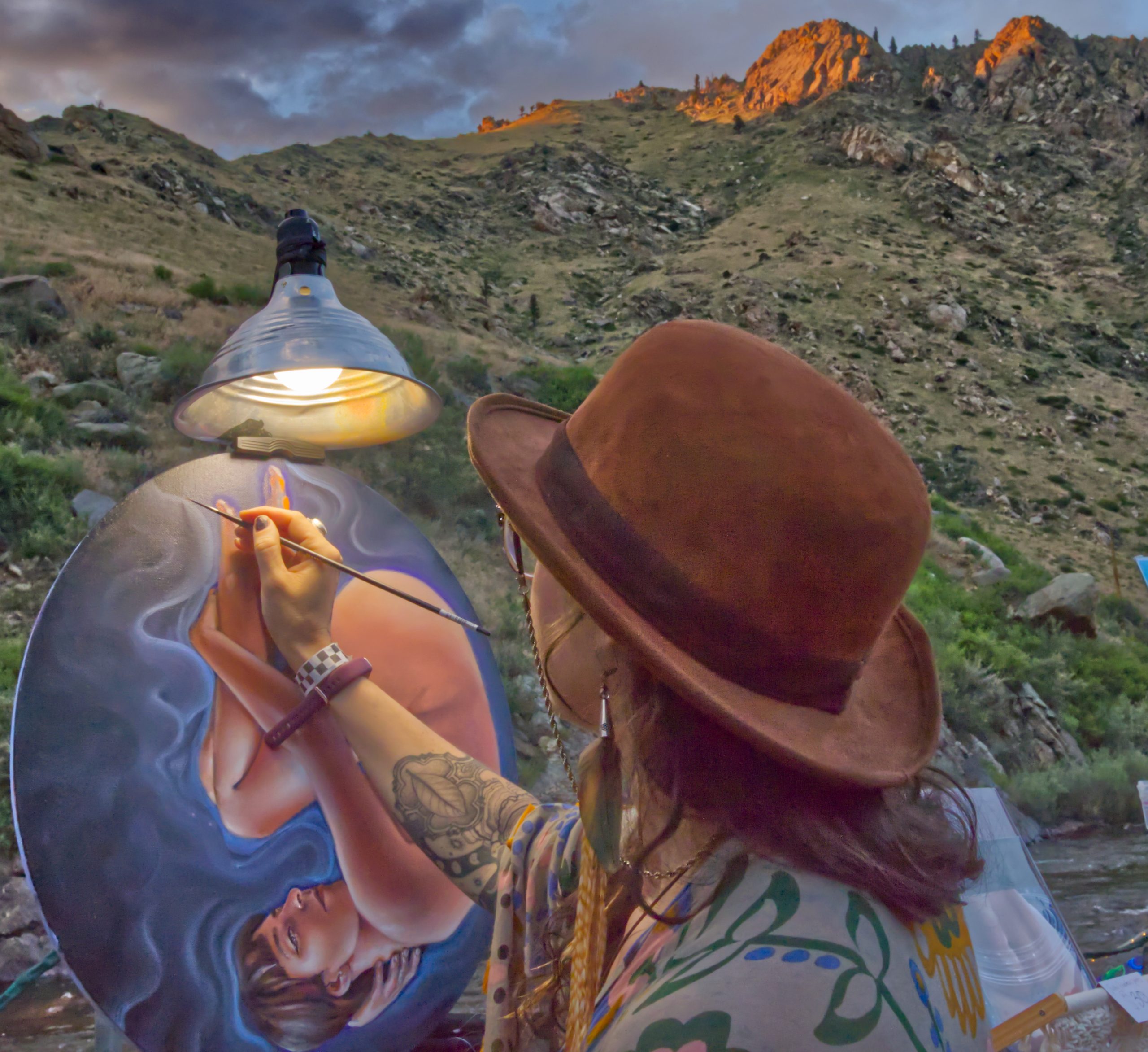 Live painters set up along the river to showcase their work throughout the night.

Erothyme kicked off the show with a solo set, using his keyboard and laptop to bring fans to their feet and dance to the calm yet upbeat electronic music. 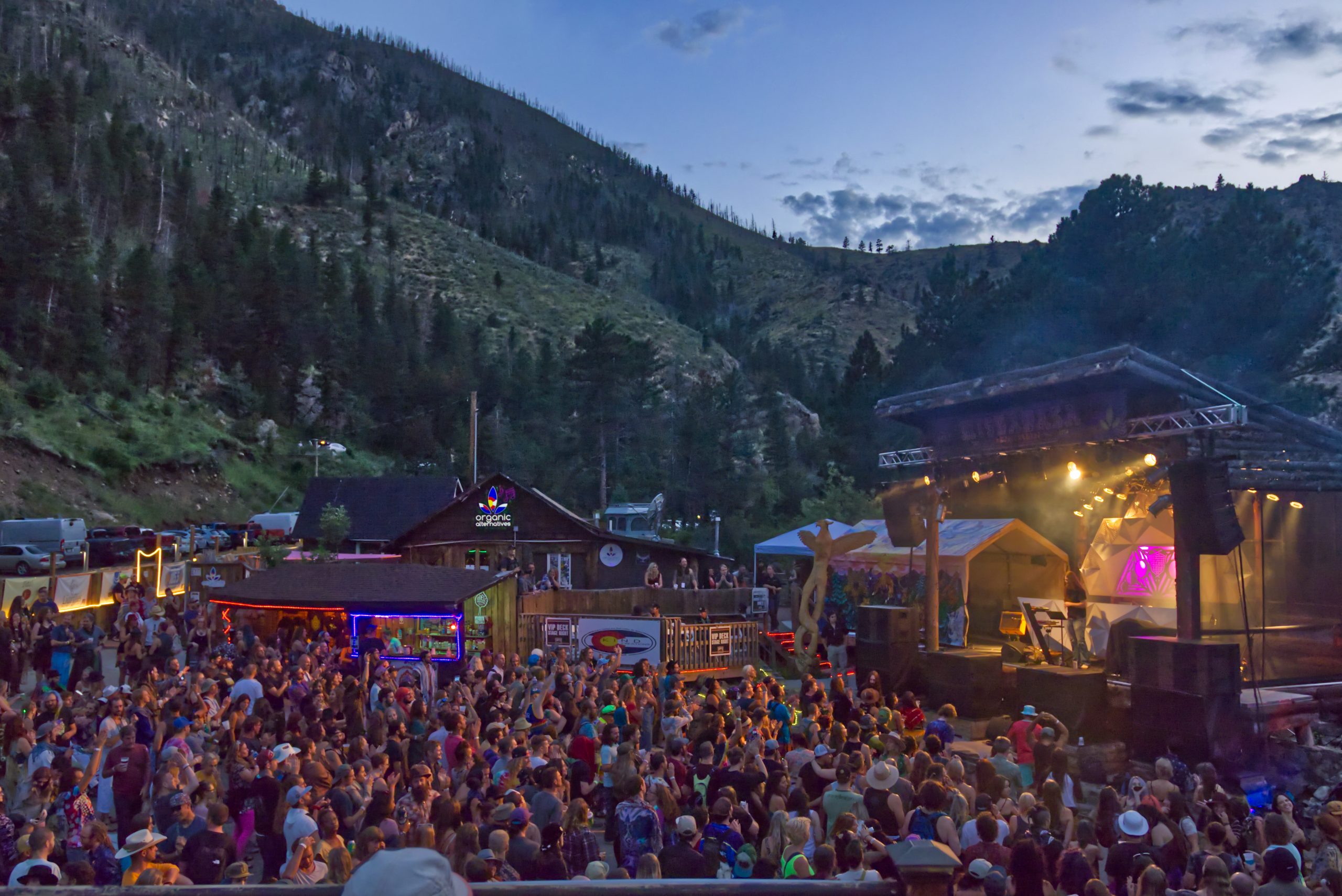 Moon Frog was next, playing a DJ set from the famous Hummingbird Stage. 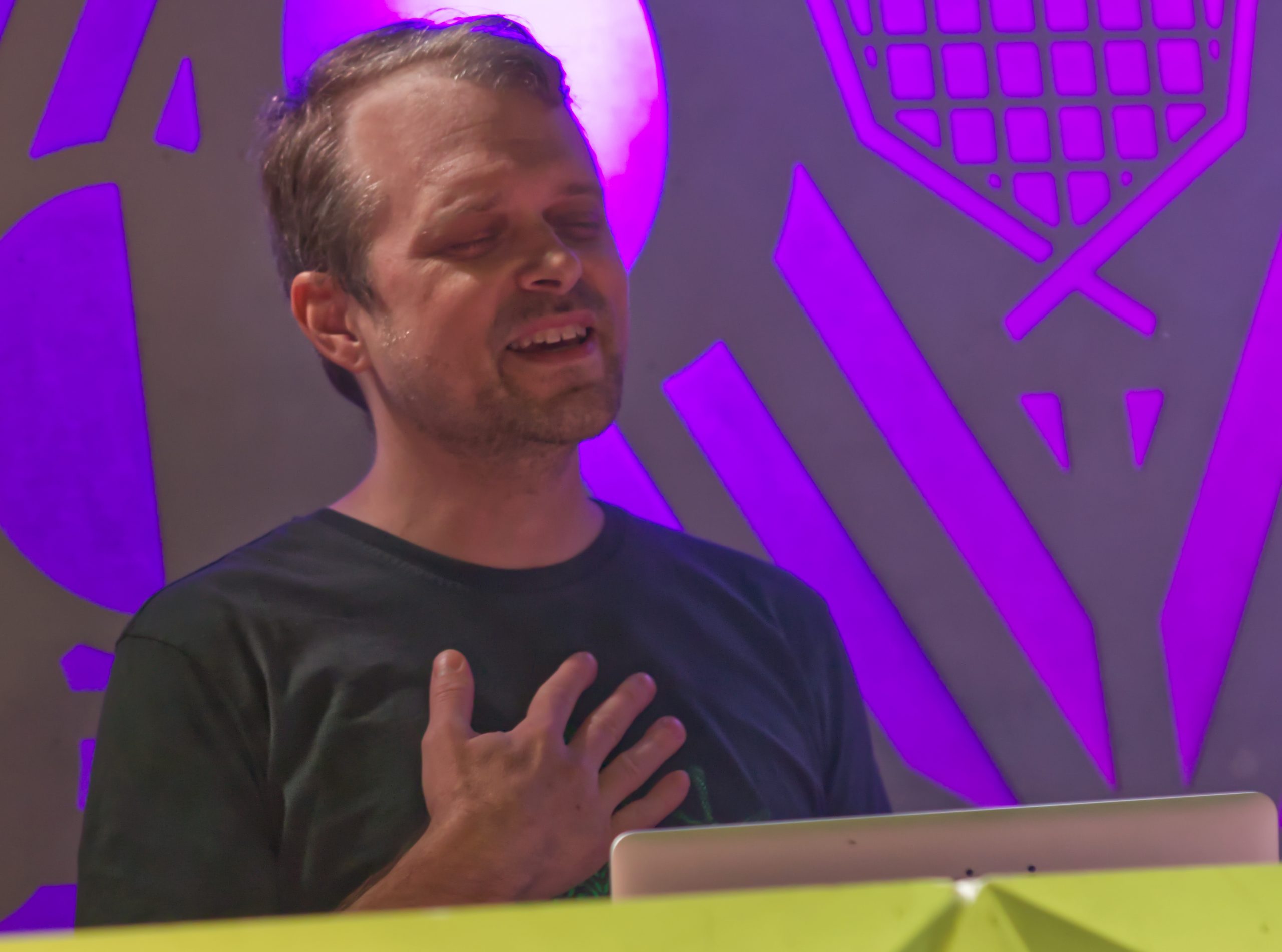 Moon Frog not only gave fans a beautiful experience, but he also seemed to be touched by the atmosphere as well. 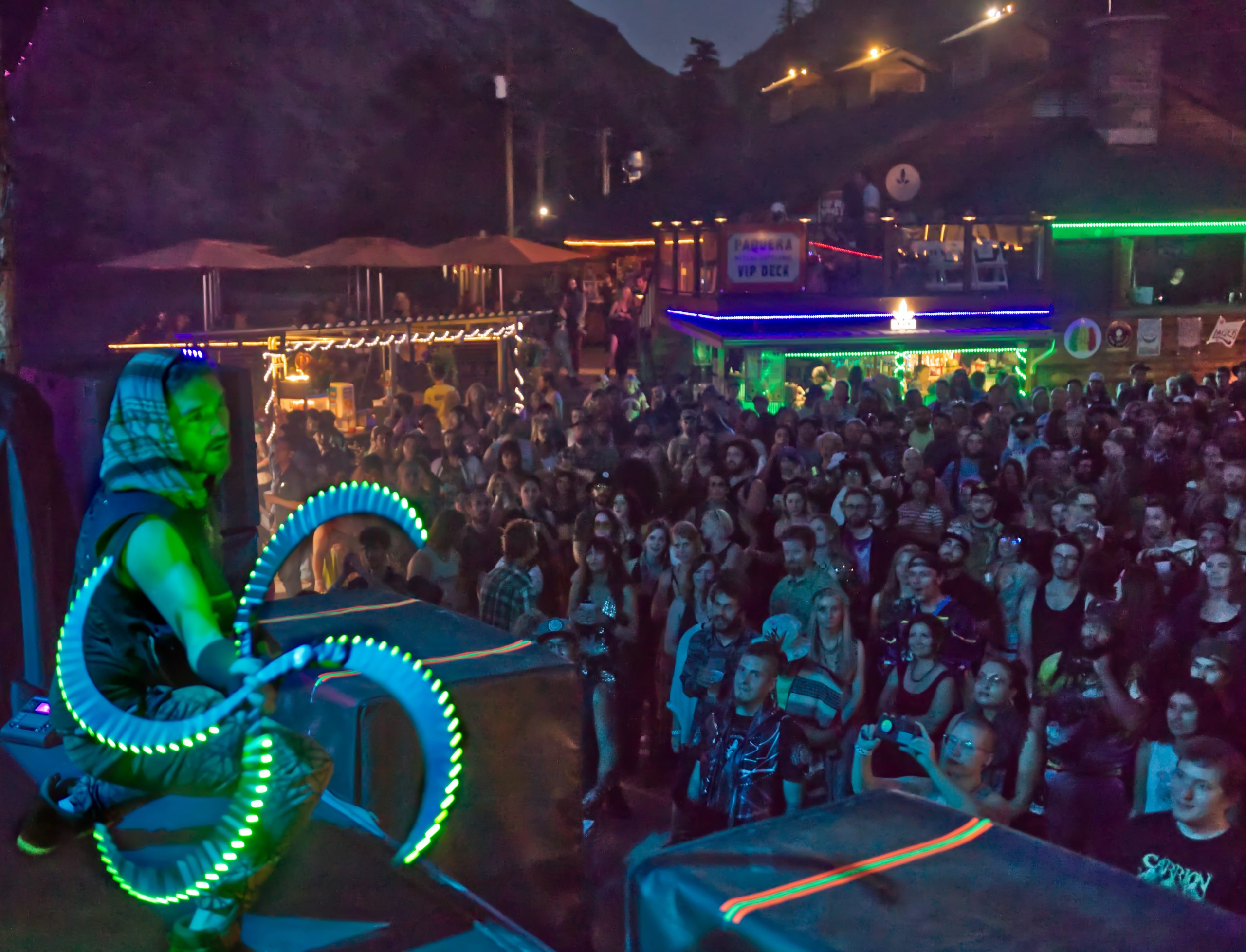 As the night continued to get darker, Moon Frog brought his smooth sounds and ambient beats to the table and gave the fans quite a show. Dancers were present to add to the experience. 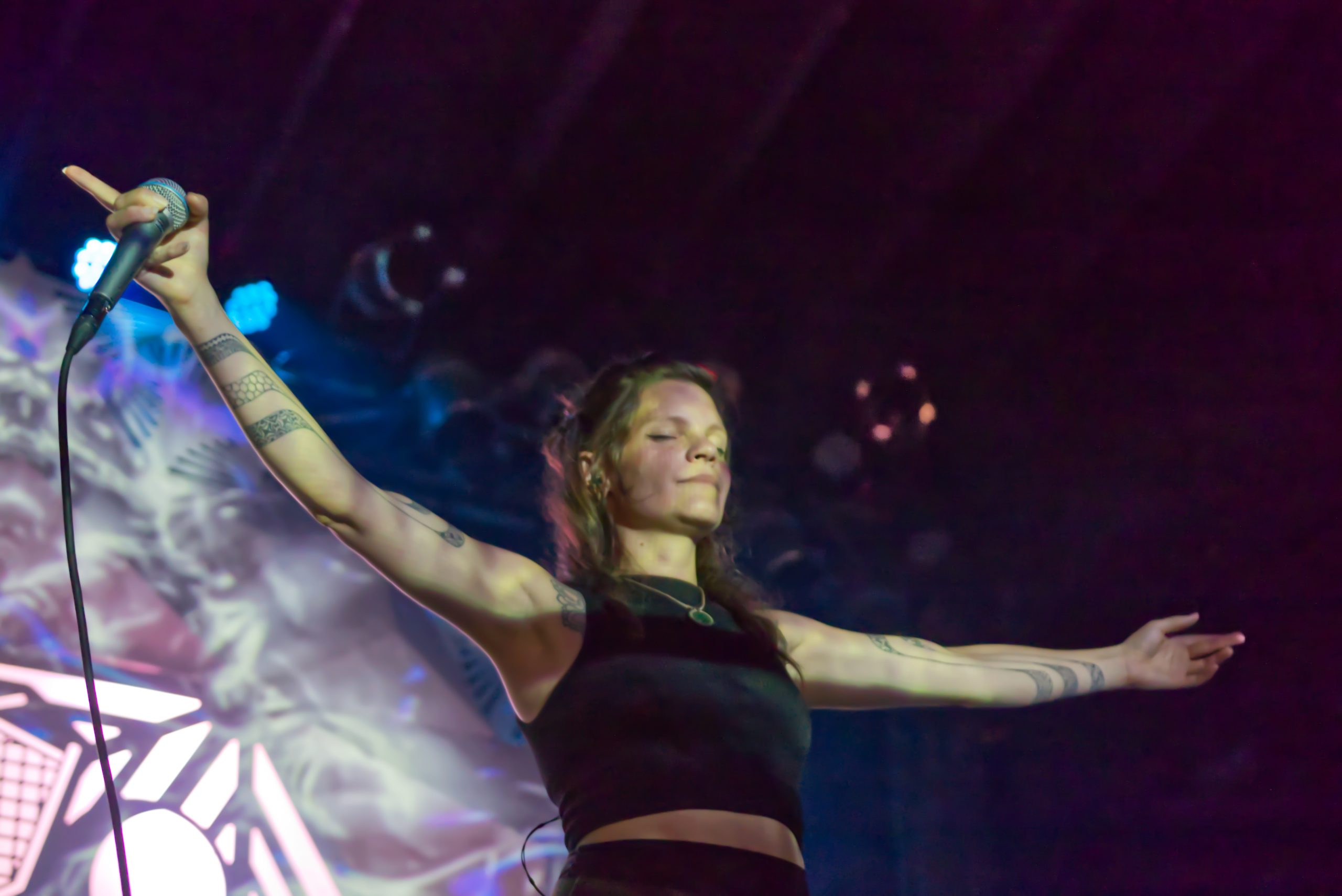 Yaima took the stage next, with the three members standing in front of the stage while visuals were projected behind them.

The group brought amazing vocals along with their organic and natural sounds. 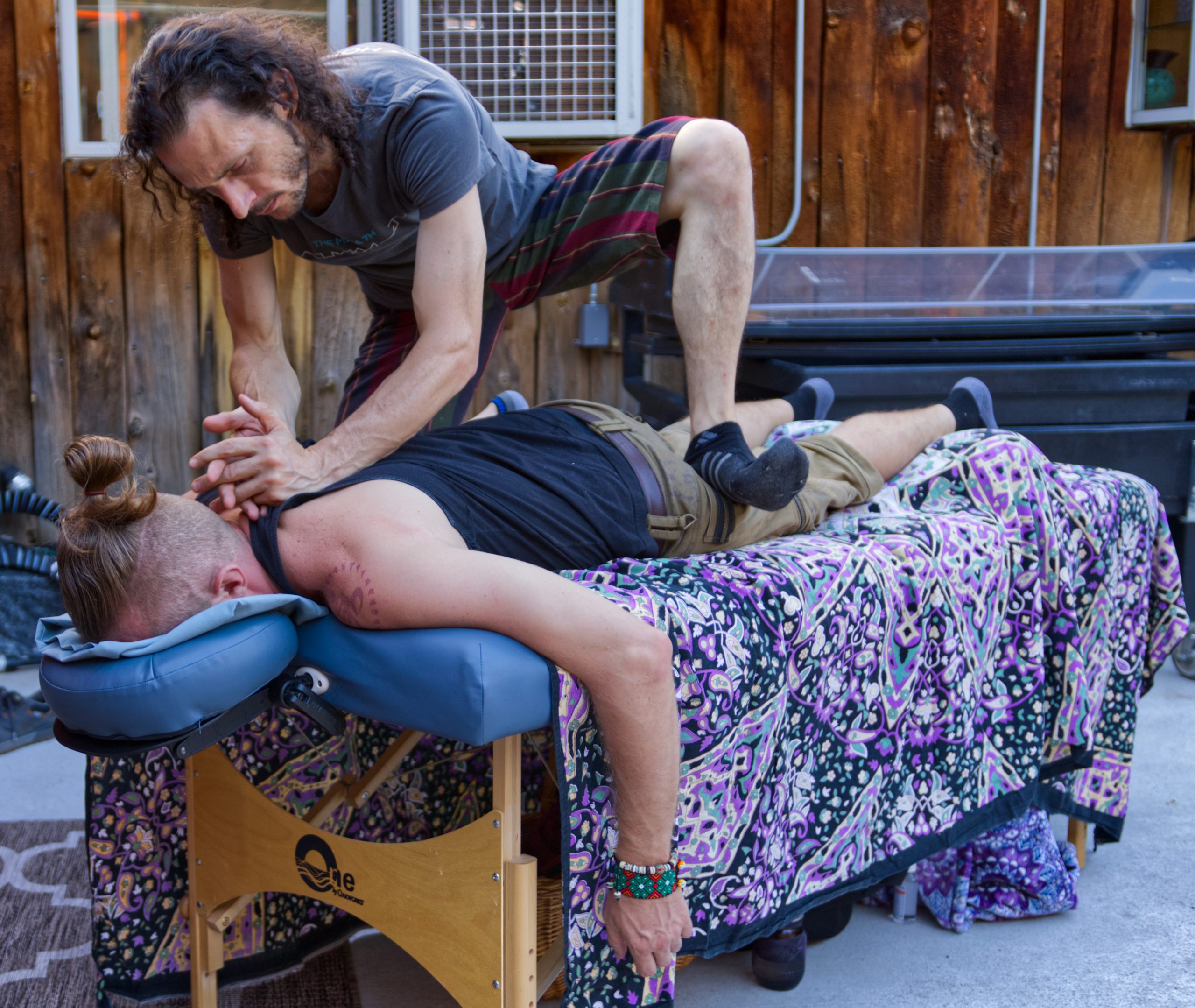 Desert Dwellers even brought in a masseuse to help relax before the show. This isn’t something we normally have at concerts so it was fun to see a different kind of pre-show ritual from the group.

It was a pleasure having Desert Dwellers back at the Mish and the dancers they brought along with them were amazing and added so much to the show.