We’re rolling into summer now at the mish with Memorial Day weekend and BONERAMA! Set inside our

dance hall at the mish, the 15 year old “trombone powerhouse” blew the crowd away from the second

they started their set. The band hails from New Orleans and instantly you could tell these guys

embodied what it means to be a band from one of America’s most eclectic and respected music cities.

Mishawaka. That has to be one of the best parts of working with the bands here. They light up when they

see the river and the canyon in all its glory. Coming from sea level, Bonerama truly was in awe of this

magical spot we get to call our local music venue. 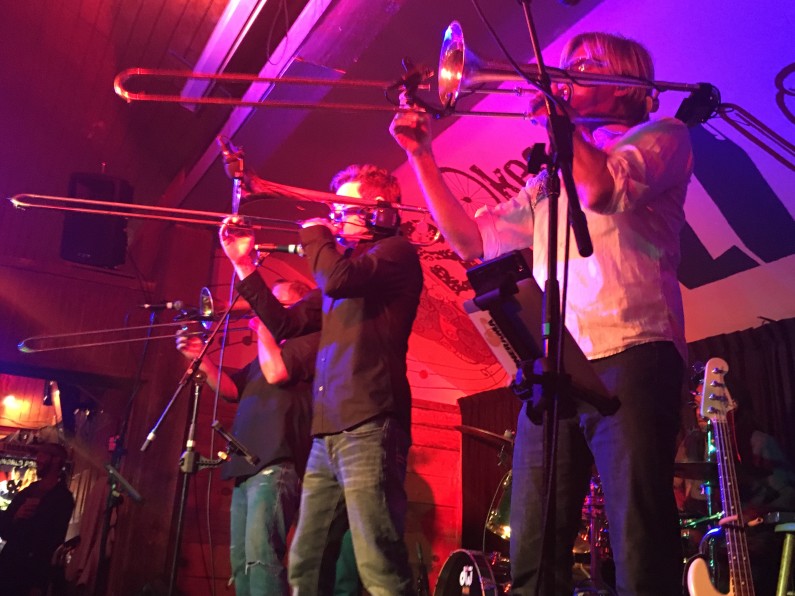 Opening for Bonerama was the RunniKine and Homefried Boogaloo, both hailing from Colorado. They

set up the night with some funkadelic tunes that got the whole canyon bumping. People danced on the

patio and inside enjoying every minute.

Bonerama is known for their funky renditions of cover songs.  When they played Led Zeppelin, the

the room almost commanding them to dance! Seeing the opening acts hang out and get down with the

crowd is always exciting, and everyone was coming together through Bonerama’s groves.

even request songs they wanted to hear from the band. The interaction with the crowd and bands made

it even more special, giving it almost a house party feel but with 200+ of your closest friends. With the

disco ball twirling and production lighting up the night, everyone from staff to security couldn’t help but

move to the funk.