As you can imagine, this past Saturday was a bustling success, filled with good music and good vibes. The intention of 4LXL was to celebrate and honor local musicians and music industry vendors while creating a space for our musical community to thrive. Lovers of music and Fort Collins made the trip up the Poudre Canyon to enjoy the beyond stellar 6 band lineup. Throughout the day, several local vendors including SpokesBUZZ, Scene Magazine, Cohere Bandwithd, and Higher Ground, just to name a few, showcased their love and contribution to the local music community! It is imperative as a community that we support and celebrate one another, and 4LXL allowed our amazing FoCo community to do so.

The lineup was continuously amazing, never letting the crowd down, and contributing unique sound and flare as we continued into the night. Winchester Holiday started the festival off in the best way possible, with rhythmic rock charisma the five man band brought the energy and even some harmonica. Shaley Scott Band followed, bringing a vivacious pizazz to the stage that was unlike anything else. Strong vocals by Shaley Scott had a raw bluesy sound that vibed perfectly with the keyboard. To continue the day, dressed in all black Red Fox Run, a Denver based band, came out swingin’. Lead vocalist, Daniel Rondeau jammed out along side his talented band members who killed it on the drums, guitar, and bass. Branded Bandits, a trio that formed in Boulder, CO continued to rock it out, harmoniously in sync with the energy of the growing crowd. As the sun finally set, Post Paradise brought it down. The local Fort Collins band demonstrated pure talent in their indie/alternative rock lyrics and sounds. The distinctive sound of the cello, played by Amy Morgan wowed the crowd, leaving a memorable performance. The day was full of fabulous music all leading up to the final performance of headliner, Cracker. Their 90 minute set triumphed, giving the crowd a taste of alt-rock, americana, and country. Reviving classic rock with some bangin’ guitar riffs  and searing solos, Cracker didn’t disappoint, but proved they know how to rock. 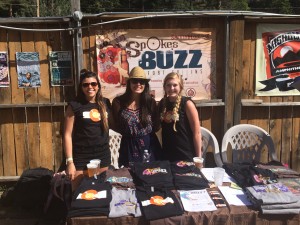 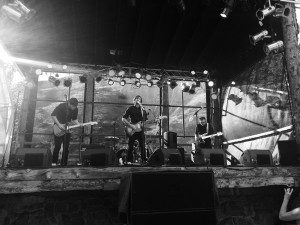